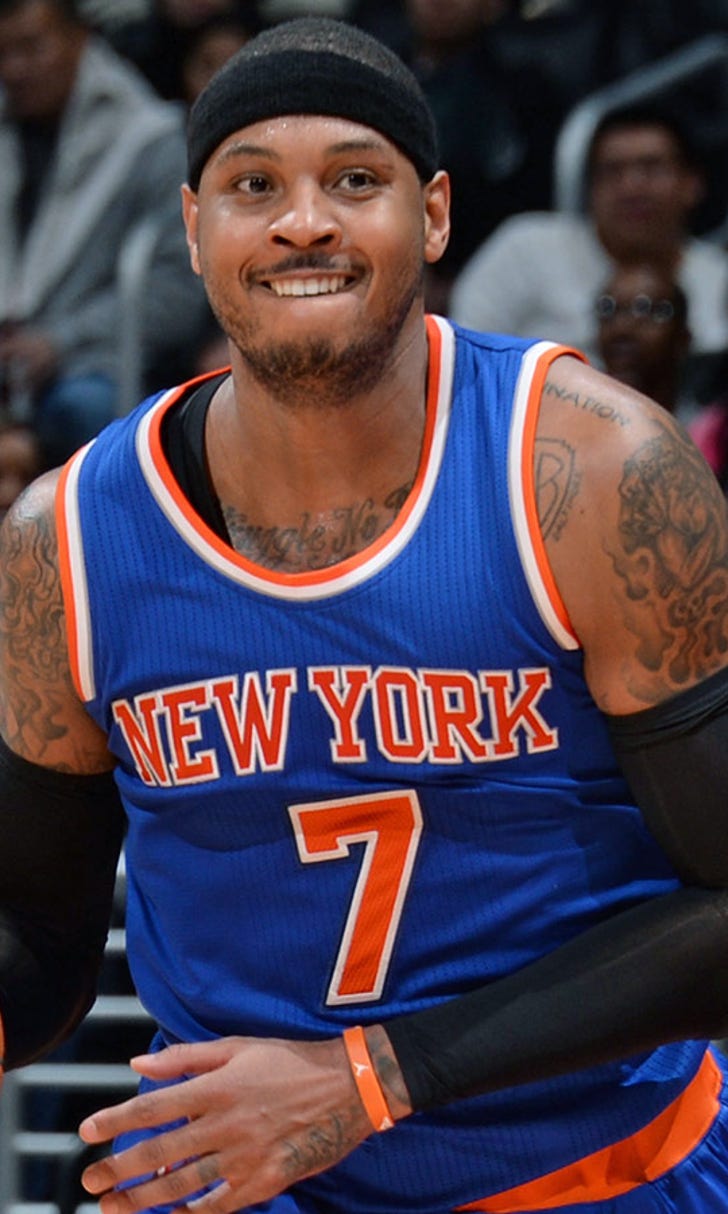 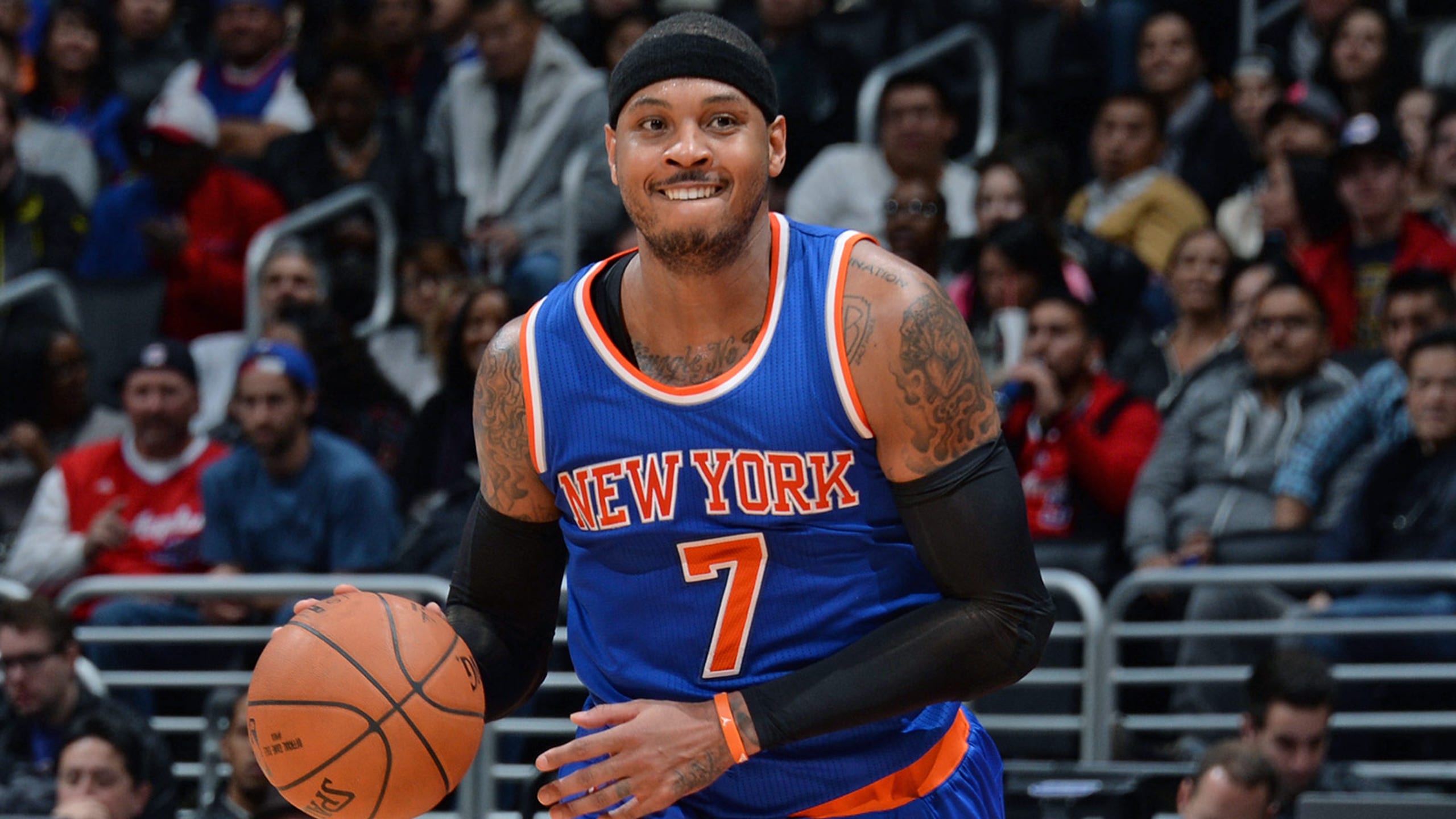 Does Carmelo Anthony kiss his mother with that NYC-denouncing mouth? 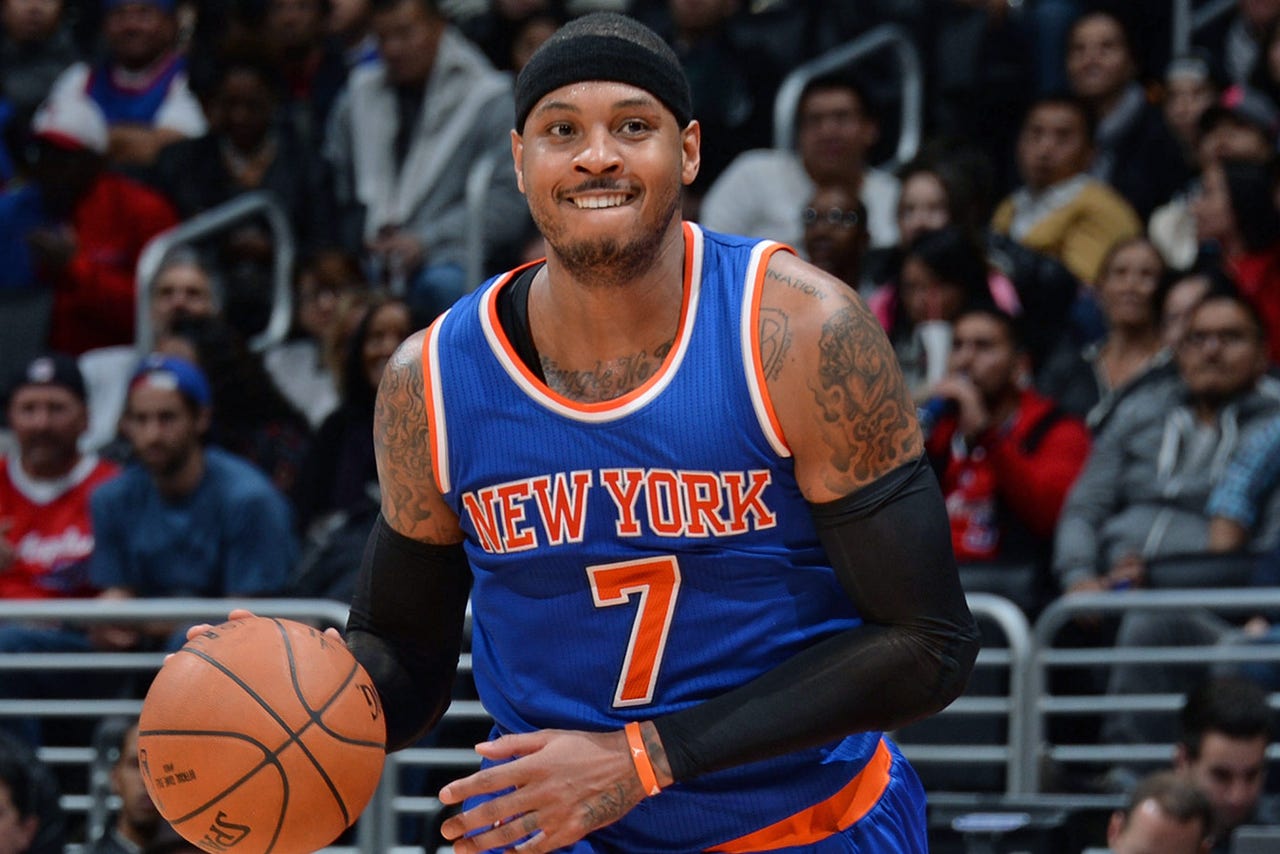 Carmelo Anthony used to be a hero in New York. It wasn't even that long ago, not even three years, actually. The Knicks won 54 games back in 2012-13, and Melo, who is a native New Yorker, was the hottest thing in town.

Now, following knee surgery and 17-win season for the Knicks, things have changed—as they always do. And Melo is expressing exactly how the city has turned on him. Here's what he had to say in a recent VICE Sports special, via CBS Sports:

"New York is the greatest city on the planet, I think," Anthony said in the latest installment of his video series at Vice Sports. "But you're not a New Yorker if you don't wake up some days and be like, 'Man, f--- this place.' You know what I mean? Like, I don't care who you are. You can be the mayor, you can be the governor, all the way down to the mailman. Everybody wakes up some days and says, 'Man, f--- New York.'

"New York is [known] for being the best," he continued. "With that being said, it's no patience here in New York. So you kind of adapt to that mentality, to that mindset. That's the reason that it's so kind of up-and-down here. One day you're the best thing since sliced bread and one day you're the scum on the bottom of somebody's shoe."

Anthony, who occasionally responds to negative comments on Instagram, went on to say that he's "immune" to the criticism he gets, but sometimes he wants to "just relax and not have to listen to that s---." He added, essentially, that you can't win, really, regardless if you react or not.

This might sound bad to someone not from New York, but I'm willing to bet 95 percent of New Yorkers, basketball fans or not, agree with Melo on this one. There are tons of days when New Yorkers wake up and don't want to deal with the rush of the city or the pains of the subway or insane foot traffic on the sidewalks.

Sometimes, you wake up, and you're just like, I'm done. It's over. I'm moving.

Then, five minutes later, you remember that you're LIVING IN NEW YORK, and you forget ever having thought that. That's basically what Melo is saying here, except it's from the celebrity point of view, and I think we can all agree that fans' opinions on celebrities and New Yorkers' opinions on their favorite athletes are far from rational.

As long as the Knicks win games, no one is going to care that Melo said this, and that alone kind of proves Anthony's point.

A Knicks-tape worth playing
The Knicks are one of the surprises of the NBA season, making New York looking like it could once again become a basketball Mecca.
2 days ago

LeBron, NBA World React To All-Star Snubs
The NBA All-Star reserves have been announced, and there are a few notable omissions from each roster.
February 23
those were the latest stories
Want to see more?
View All Stories
Fox Sports™ and © 2021 Fox Media LLC and Fox Sports Interactive Media, LLC. All rights reserved. Use of this website (including any and all parts and components) constitutes your acceptance of these Terms of Use and Updated Privacy Policy. Advertising Choices. Do Not Sell my Personal Info