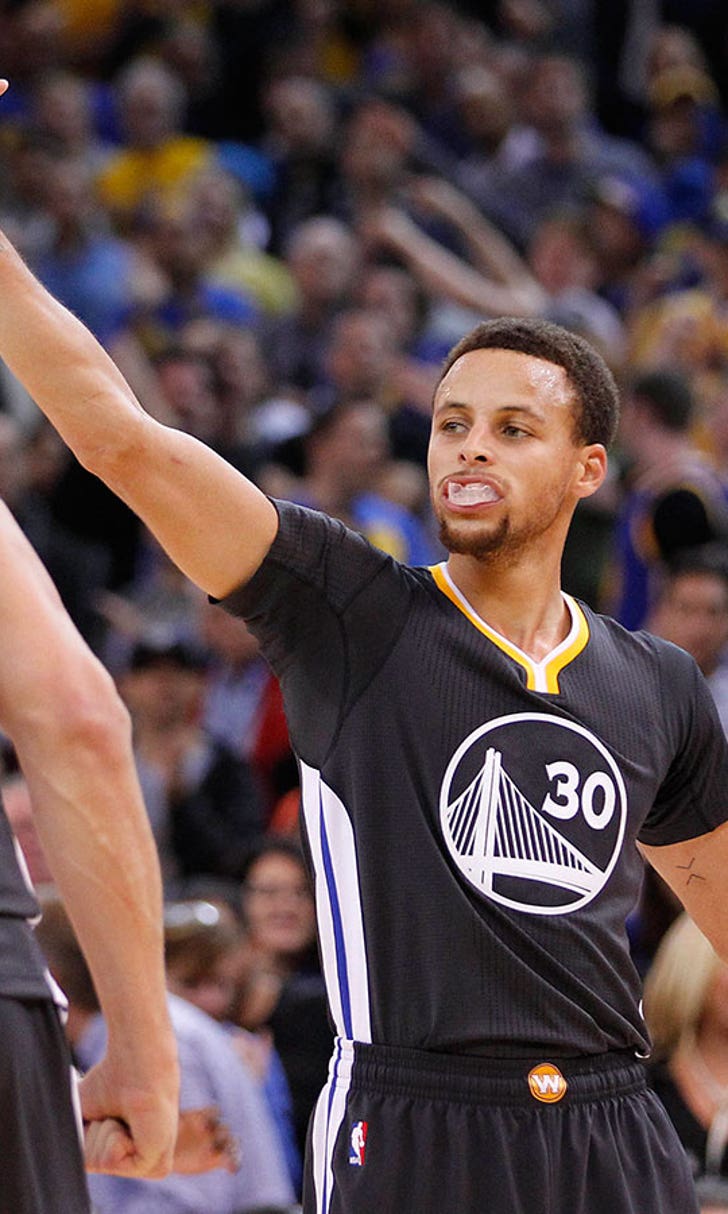 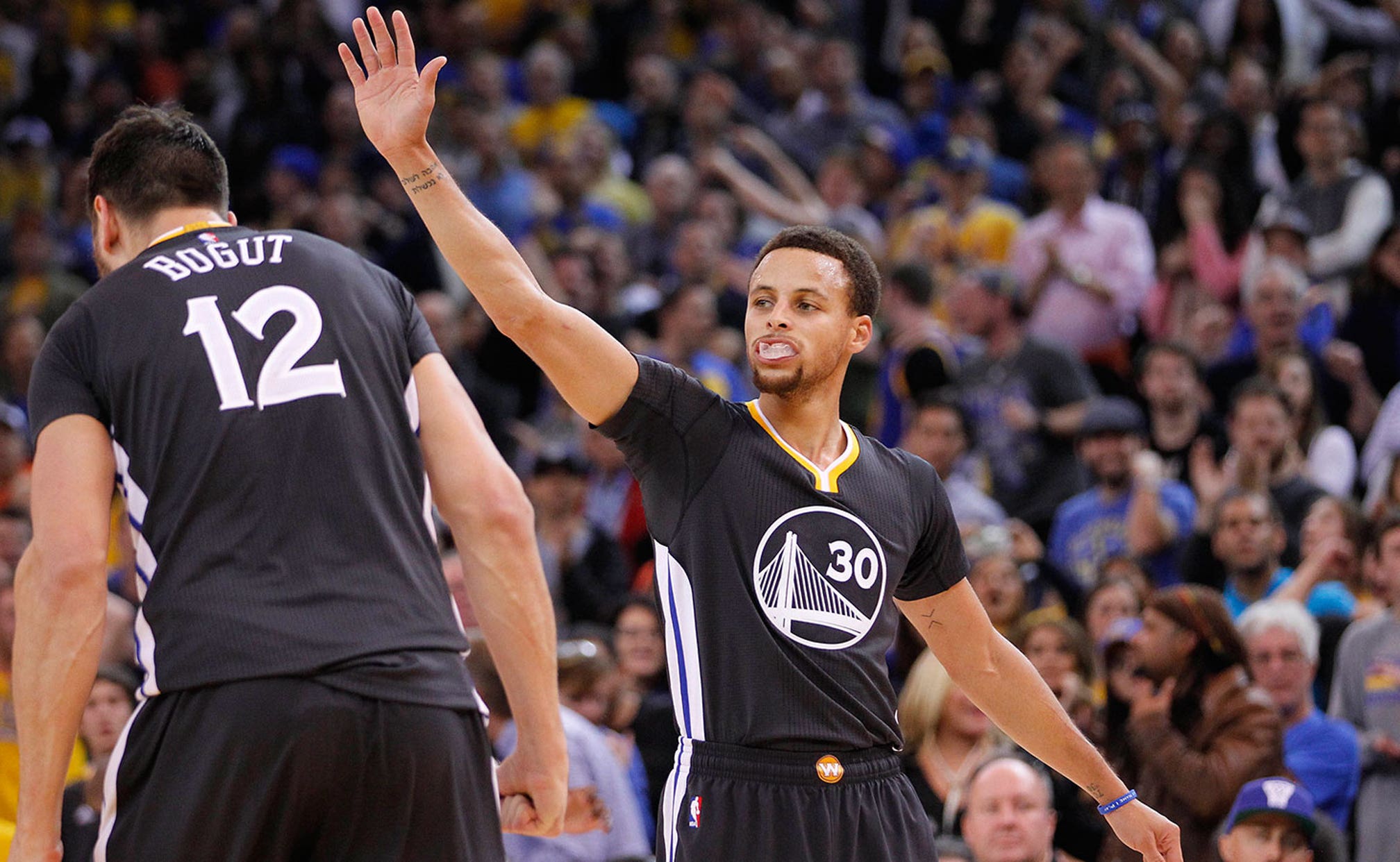 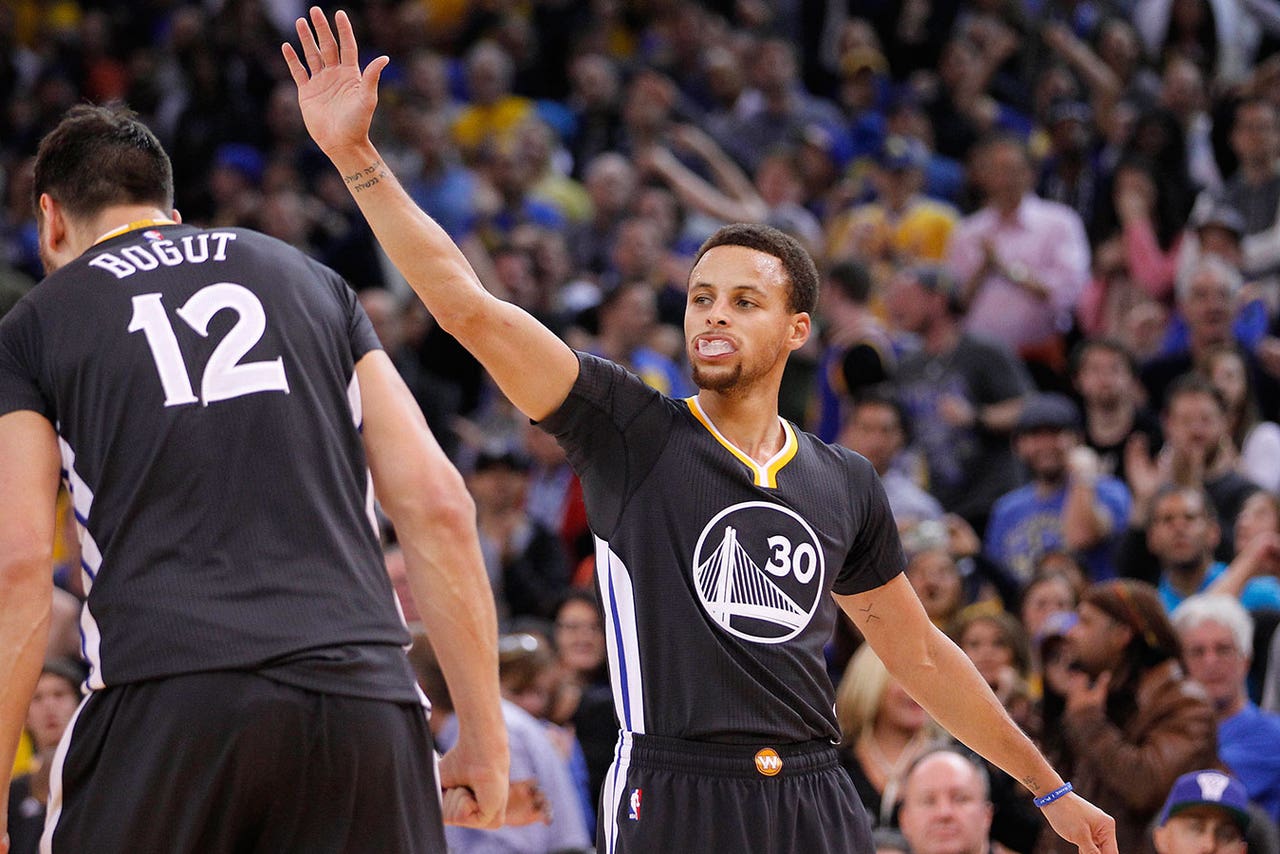 Curry scored 21 of his 34 points after halftime, Iguodala hit a clutch 3-pointer and the Warriors survived in overtime, beating the Brooklyn Nets 107-99 on Saturday night.

"We were fortunate to have a shot down the stretch the way we played for 36 minutes," Curry said. "We really didn't have much going for us and they played well. And then Andre came up huge. He stepped up with a big-time shot."

Iguodala added 18 points for the Warriors, who won their 11th straight to start the season. Andrew Bogut had 10 points and 18 rebounds.

"He plays his best when you need him to," Warriors interim coach Luke Walton said of Iguodala. "When he hit the 3, he ran by and said `I got you, coach.' He's just really good."

Draymond Green recorded a triple-double, the second of his career, with 16 points, 12 assists and 10 rebounds. Harrison Barnes added 13 points.

Jarrett Jack scored a season-high 28 and Thaddeus Young added 24 points and 10 rebounds for the Nets. Brook Lopez had 18 points and Rondae Hollis-Jefferson grabbed a season-best 13 rebounds.

"None of us want to fight this hard and play this hard or put in the type of work we put in to almost come out with a victory," Jack said. "We're a little frustrated with not being able to come up with the `W.'"

Jack and Young each sank a pair of free throws in the final 30 seconds of regulation to give Brooklyn a 3-point edge.

Iguodala tied it with a 3-pointer with 5.9 seconds left and Lopez missed a short jumper at the buzzer.

The Warriors scored the first 10 points of overtime to pull away.

"I don't know what to say about that. (Joe Johnson) put it on a platter and I just, I blew it," Lopez said. "It's a long flight home so it's not going to be fun."

Young scored 14 points in the first quarter as the Nets opened a 15-point advantage at 36-21. It's the most points scored in the opening period against the Warriors this season.

The Warriors led at 5-4 before Brooklyn began pulling away, leading by as many as 17 in the first half.

Golden State fired back in the second quarter and tied the game on Curry's 3-pointer with 13 seconds left. Young responded with a jumper to give the Nets a 54-52 halftime lead.

Curry made five 3-pointers to give him 1,248 for his career, three more than his father, Dell Curry. "I knew about it going into the game," Stephen Curry said. "It's a pretty special moment for my family. I'm sure he never dreamt of the day one of his sons would pass him."

The past 11 games between the Nets and Warriors have been decided by single digits. The Warriors are 6-5 over that span, but have won four straight at home.

Nets: Joe Johnson appeared in his 1,072nd NBA game, matching Michael Jordan for 77th on the all-time list. He also extended his streak of making at least one field goal to 890 games, the longest active streak.

Warriors: The French national anthem was performed in addition to the American national anthem before the game. "Our coaching staff and organization offer our sympathies to the people of France," Walton said. "The NBA is such a global game now that it touches home even when it's not on U.S. soil."

The Nets host the Atlanta Hawks on Tuesday. The Hawks have won the last six in the series. The Nets play 11 of their first 16 games on the road.

The Warriors host the Toronto Raptors on Tuesday. Golden State has won the last 10 at home against the Raptors.

Warriors F Klay Thompson missed the game with back tightness. Walton said he tried to go during the morning shootaround but did not feel right.