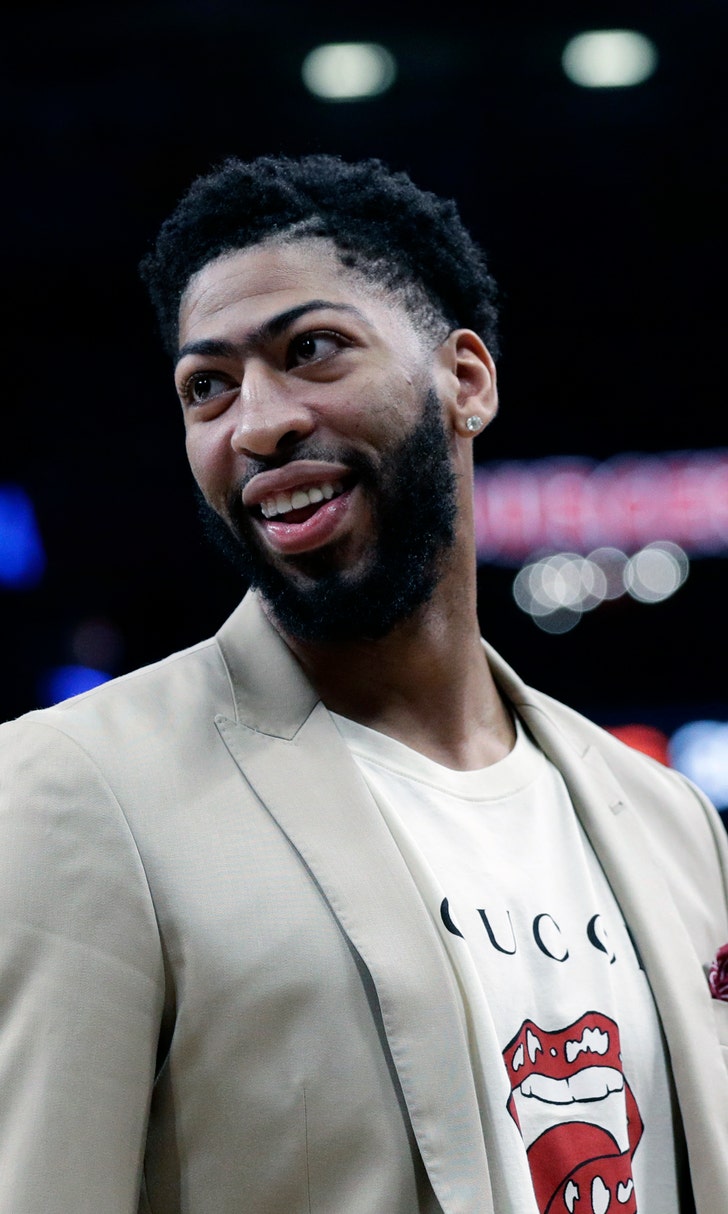 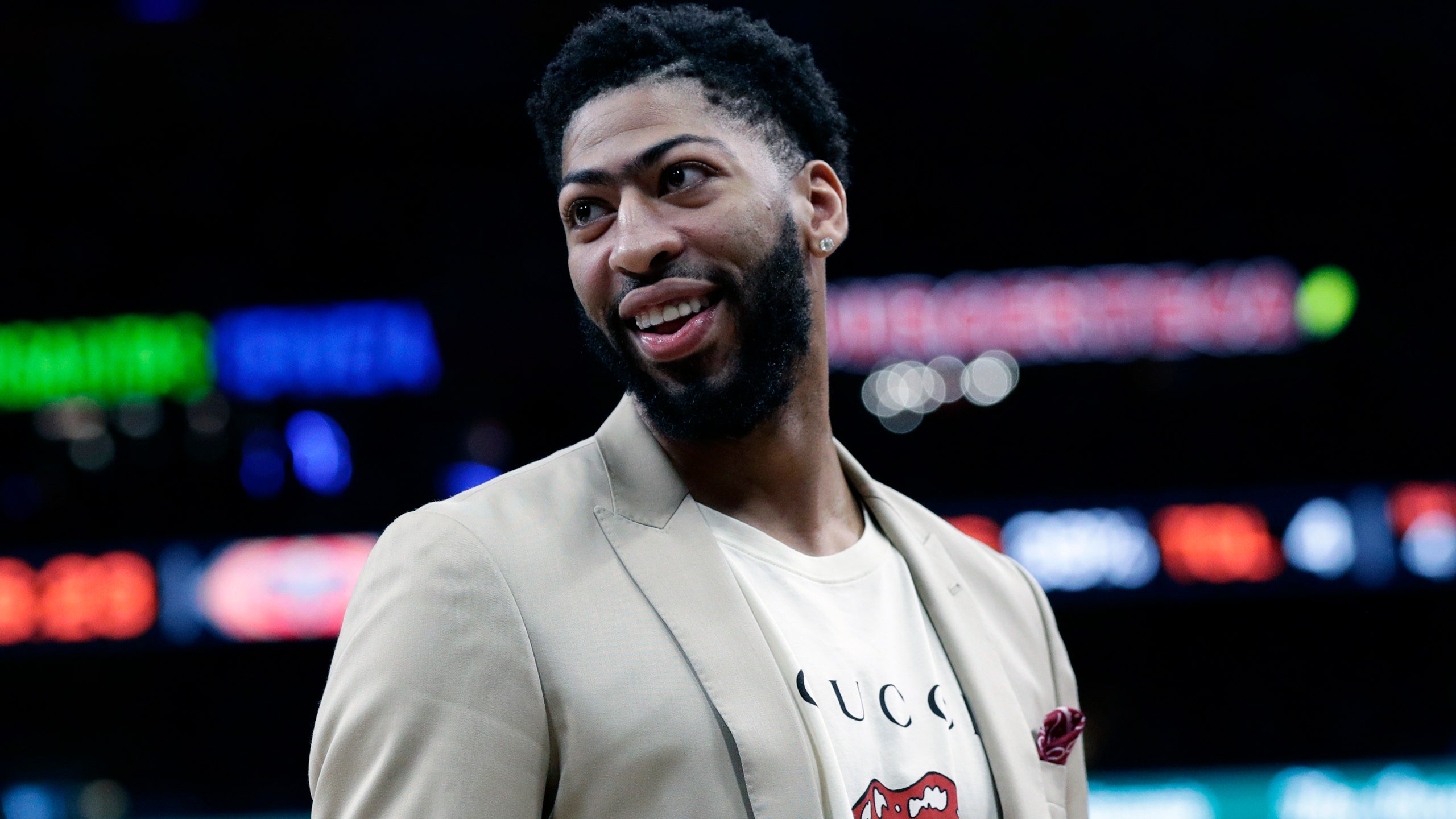 previous story
For Chloe Kim, another title, taste of things to come
next story
US champion Alysa Liu looking to future after hectic 2 weeks

The latest episode of "Survivor: NBA" was quite a cliffhanger.

All kinds of intrigue. A hefty dose of griping. Some thoroughly unexpected plot twists.

"They always catch me by surprise," said Toronto Raptors coach Nick Nurse, whose team had a major role in the plotline. "There's so much going on all the time."

Despite complaints from the likes of Kevin Durant and LeBron James, the league's off-the-court drama leading up to Thursday's trade deadline was a welcome respite from the long, sometimes dreary regular season — enhancing all the compelling story lines (and there are plenty) while highlighting a system that really works well for everyone.

KD may choose to rip the media for its infatuation with what the future holds for him, but we're guessing the Golden State star doesn't mind cashing those checks (worth $30 million this year) or that he'll be too upset this summer when he can opt out of his contract and decide where he wants to play for a deal that could require nine figures to fill out.

The King may grumble about how the tacky way the NBA goes about its business — yes, it was lame of the Dallas Mavericks to trade Harrison Barnes during a game, though they apparently told him beforehand that a deal was in the works and he decided to play anyway — but the system certainly works well for James, who has collected hundreds of millions of dollars (well worth it) and pretty much moved around the county whenever he pleased.

It's messy and exhilarating and confusing and silly, best epitomized by "Nik and Wade's Excellent Adventure."

Nik Stauskas and Wade Baldwin IV started the week playing for Portland. Then they got traded to Cleveland, which dealt them to Houston, which quickly sent them packing to Indiana. Of course, the Pacers never had any intention of keeping them, so they could wind up on their fifth team in seven days by the weekend.

Pelicans star Anthony Davis was the big prize, having made it clear a season and a half before his contract is up — yep, A SEASON AND HALF — that he doesn't want to play for New Orleans any longer. But no deal could be reached by the deadline, so Davis will at least finish the season in the Big Easy, an incredibly awkward situation of a lame-duck player going through the motions with a rudderless franchise.

Meanwhile, in Los Angeles, about half the Lakers roster knows that it was dangled as bait in a potential Davis trade, so the remainder of LeBron's debut season in Tinseltown figures to be a forgettable one. The King can certainly forget about a ninth straight trip to the Finals.

Plenty of teams do have their eyes on a title, however, far more than usual.

There are the Warriors, of course, seeking their fourth in five seasons and still the team to beat. But they'll have to navigate the loaded-as-always Western Conference, which also features James Hardin and the Houston Rockets, the surprising Denver Nuggets, and an Oklahoma City team led by triple-double machine Russell Westbrook.

But the East is where the real suspense lies.

Boston, which stood pat at the deadline ahead of what could be a major push to go after Davis this summer, was the preseason favorite. But the Celtics were only fourth in the conference after a last-second loss Thursday night to the Lakers.

Up front were the Milwaukee Bucks, with the league's best record, a long-forgotten franchise that won its lone NBA title in 1971 with a young center named Lew Alcindor. They added Nikola Mirotic, who gives coach Mike Budenholzer plenty of new options with the big-man lineup.

Right on Milwaukee's heels are the Raptors, who are pretty much all-in on winning their first championship with rent-a-year star Kawhi Leonard now joined by Marc Gasol, who was acquired from Memphis at the deadline. The Philadelphia 76ers are also in the mix, having landed Tobias Harris from the Los Angeles Clippers to complete the conference's best starting five.

"Everybody made moves," said Toronto's Kyle Lowry. "But at the end of the day, all we can do is worry about us."

Granted, the NBA has its issues.

If you live in a city such as Atlanta or Phoenix, which have essentially thrown in the towel for the next couple of seasons while they undergo massive overhauls that may or may not succeed, these are dark times indeed.

And the league is unlikely to ever address the lack of competitive balance, the entrenched system that has largely allowed a handful of top franchises to dominate year after year. As long as it has the smallest rosters in major team sports and only allows five players on the court at a time, the sport's path is always going to be dictated by a handful of star players.

But the assets far outweigh the liabilities.

And "Survivor: NBA" returns this summer, right after the Finals, for what figures to be some blockbuster episodes.

Will Leonard or Davis team up with LeBron on the Lakers? Will Durant bolt from the Warriors? Will the woeful New York Knicks be able to land two franchise players? Will the Dallas Mavericks, better known as Team Europe, emerge as the next powerhouse franchise?

Blockbuster Sends Harden To Brooklyn
James Harden is headed to Brooklyn after the Rockets and Nets agreed to a four-team trade involving the Cavs and the Pacers.
6 days ago