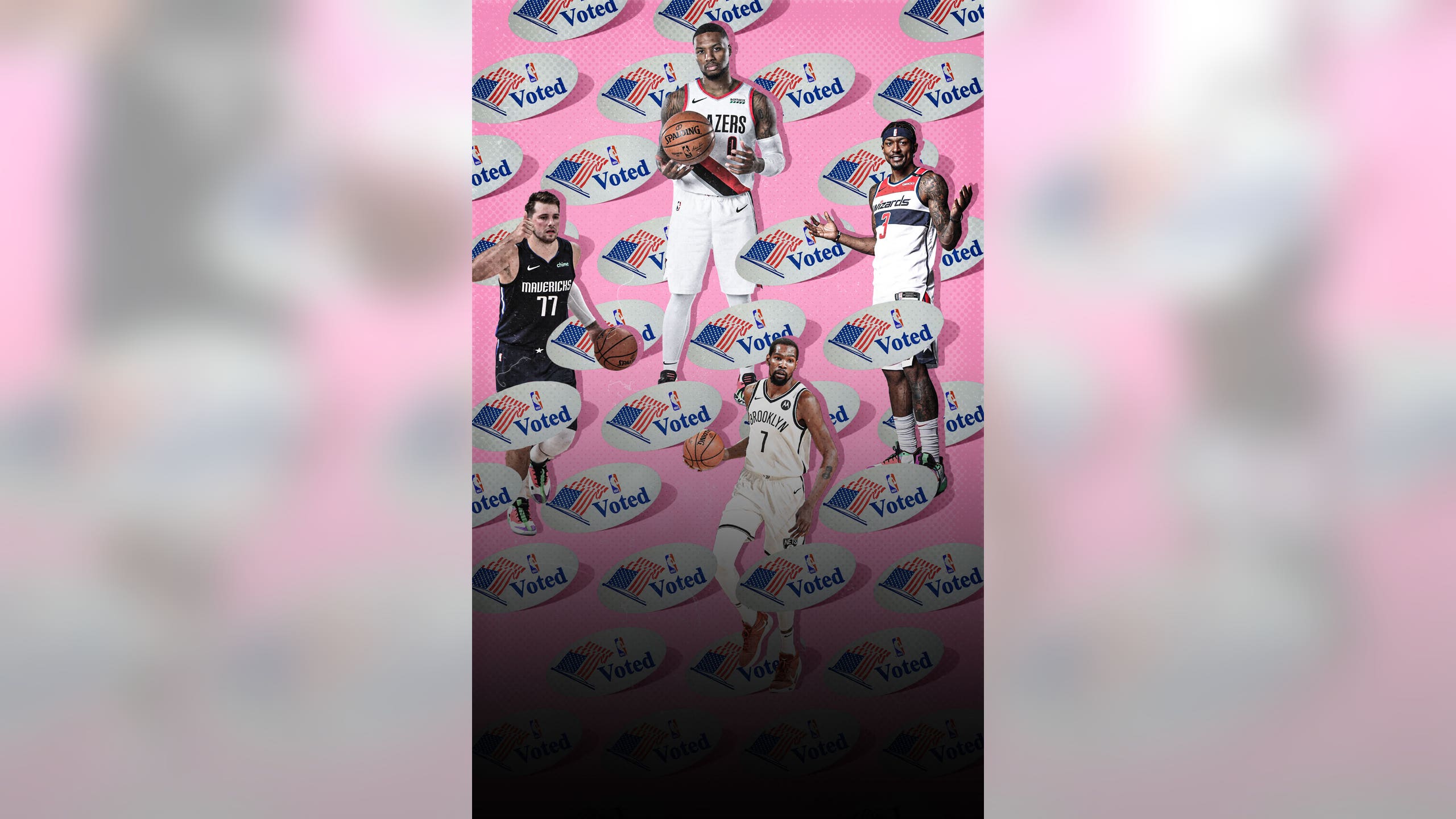 previous story
How to win $25,000 on the NBA with FOX Super 6
next story
Adrian Peterson stops by 'Club Shay Shay' ahead of free agency
National Basketball Association

The greatest showcase of NBA talent is quickly approaching, with March 6 slated as the date for the All-Star Game.

Some of the NBA's brightest stars will be voted into attending, and FOX Sports' Chris Broussard has already submitted his ballot, sharing his selections for the world to see.

However, every year, when the selection process ensues, a few of the league's brightest are left out in the cold, being skipped over for the All-Star Game – snubbed, if you will.

Here is a breakdown of Broussard's picks, followed by a few names that didn't quite make the cut for his starting units:

All-Star credentials: Luka Doncic is already one of the NBA’s best players at age 21 (he'll be 22 on Feb. 28). He's scored 90 points in his last two outings, including connecting on 10 of 16 3s, and in his third season, he has continued to elevate his game, averaging career highs in points, assists and a number of other categories.

All-Star credentials: Already a two-time Finals MVP and a four-time All-Star, Leonard is taking on the challenge of carrying an even heavier playmaking load for the Clippers this season, averaging a career-high five assists per game, while playing a career-high 34.4 minutes per game. Leonard’s progression as a passer has been noticeable this season, and his defense remains among the league’s elite.

All-Star credentials: With a resume such as James’, it’s difficult to imagine that he can find new ways to improve his game, but he has done just that, improving from beyond the arc this season. James is currently on pace to average career highs in 3-point makes (2.6) and attempts per game (6.8) in his 18th season. In addition, the Lakers are currently 4-1 this season without All-Star forward Anthony Davis, and that is in large part due to the play of James, who hasn’t missed a game.

All-Star credentials: Jokic is the only player in the NBA who ranks in the top 10 in scoring (ninth), rebounding (fifth) and assists (fifth). What more needs to be said? He's been a stat sheet stuffer all season for the Nuggets.

All-Star credentials: Irving is one of the most skilled scorers in the NBA, putting up at least 25 points in 16 of his 20 games played. He is also shooting career-highs from the field and 3-point range while averaging the most points per game of his career. The addition of James Harden to the Nets has made Kyrie's role simple in the eyes of NBA veteran Isaiah Thomas.

All-Star credentials: Harden is averaging his lowest point total since his third season in the NBA, but he is on pace to lead the league in assists for the second time in his career. Harden’s playmaking – scoring and passing – is one of the main reasons he has become one of the most dominant offensive players in NBA history.

All-Star credentials: One of the greatest scorers in NBA history, Durant has been arguably more efficient and dominant than ever this season, scoring at least 20 points in his first 17 games of the season. That is the longest streak of 20-point games to open a season in his career. After tearing his Achilles in the 2019 NBA Finals, Durant has shown no signs of being affected by the injury in his return to the court this season. In fact, he might look better than ever.

All-Star credentials: The reigning two-time MVP, Antetokounmpo has continued to be the most prolific player in the NBA when it comes to operating in the paint. For the fourth straight season, "The Greek Freak" is on pace to average at least 26 points and 10 rebounds while connecting on 1.4 or fewer 3s per game.

All-Star credentials: Embiid has been nothing short of dominant this season, averaging a career-high in scoring while shooting career-highs from the field, 3-point range and the free-throw line. He is also leading the NBA in PER (31.18). Chris Broussard has tabbed Embiid as not only an All-Star starter, but considering he's led the Sixers to the top seed in the East thus far, Broussard has Embiid as a leading candidate in the MVP race.

That's it for Broussard's starters.

Let's have a look at a few guys that have an argument to be starters on March 6.

All-Star credentials: Beal is coming off a career year in which he averaged 30.5 PPG. He has taken that to another level this season, leading the league in scoring and already recording 15 games of at least 30 points scored, including a 60-point outing. It takes an All-Star to know one, and Beal’s backcourt mate, Russell Westbrook, a nine-time All-Star, believes Beal should be in the game a year after being snubbed.

All-star credentials: Beal is the NBA’s leading scorer, but Lillard has paced him the entire way this season, with 15 games of at least 30 points. Lillard’s MVP-caliber season might be flying under the radar for most, but it hasn’t gone unrecognized by his teammates. Blazers forward Robert Covington spoke on Lillard’s consistency after a 121-118 win over the Mavericks on Valentine's Day.

All-Star credentials: LaVine has been on a scoring tear this season, eclipsing the 40-point plateau twice. He recently moved into second place in Bulls history for 40-point games, trailing only some guy named Michael Jordan.

All-Star credentials: The Utah Jazz have the best record in the NBA and as a team, they are fourth in the league in points (115.7) and 3-point percentage (39.5%). The catalyst for their offense has been Mitchell, who leads the team in scoring with a career-high 24.2 points per game.

Coming Of Age
Zion Williamson is having a historically dominant season and is turning the Pelicans into must-see viewing, Martin Rogers writes.
29 mins ago