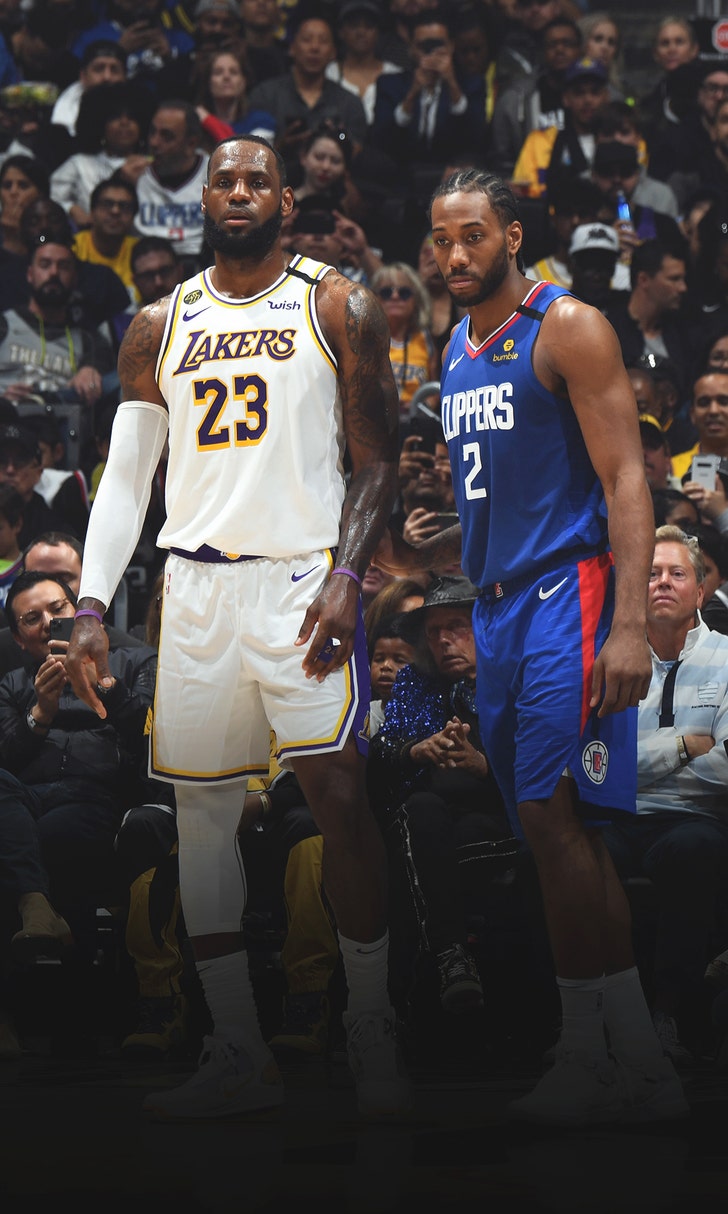 previous story
US: Transgender sports inclusion violates others' rights
next story
Another Round?
National Basketball Association

The NBA season was suspended on March 11 due to the COVID-19 pandemic, but as of the last few weeks, the league has been in deep discussions in an effort to determine the best way to move forward with the season.

The options range from finishing the regular season to adopting a World Cup style play-in tournament to determine the postseason bracket, with the goal to be that all teams in the playoff hunt have an opportunity to make it to the postseason tournament.

And with the reality of postseason play soon approaching, the NBA world is re-opening the discussion that defines the NBA season as a whole – which team will win the NBA title?

Before the season was suspended, the Milwaukee Bucks held the best record in the NBA (53-12) and were the favorites to come out of the Eastern Conference, led by reigning league MVP Giannis Antetokounmpo. And in the West, the common narrative was that one of the two Los Angeles teams – the Lakers and Clippers – would matchup with the Bucks in the NBA Finals, this all according to FOX Bet.

The Lakers, led by LeBron James and Anthony Davis, currently sit atop the Western Conference standings with a record of 49-14, with Kawhi Leonard's Clippers in second at 44-20.

With the season set to resume in the coming months, few are wavering in their belief that Los Angeles will represent the West – the purple and gold Los Angeles.

ESPN's Doris Burke detailed why the Lakers should be considered the favorites upon the league's return to play, pointing to their superstar's playoff experience.

"I'm going with LeBron James and the Lakers. I think you need a driving force who has been there and overcome every possible scenario and circumstance. And who has faced more adversity, more situations in the playoffs than LeBron James? The answer to that question is no one."

Burke has a point when it comes to James' playoff experience. He is the NBA's all-time leading playoff scorer with 6,911 points. He has also spent the most time on the floor in NBA playoff history, logging 10,049 postseason minutes.

Even with stiff competition in the form of Milwaukee, the Clippers, and others, Nick Wright believes the Lakers should be favored to win it all, but he also added in that it would be a failure if the Lakers don't win a title, due to James' standing as arguably the league's best player guiding arguably the best team.

"Right before the world shut down they beat the Bucks and the Clippers resoundingly, so yeah, of course it would be a failure."

The Lakers looked stellar in back-to-back wins over the Bucks and the Clippers on March 6 and March 8, respectively, before the season was put on hold.

The Lakers defeated Milwaukee, 113-103, in a game where James scored 37 points and Anthony Davis chipped in 30. Two days later against the Clippers, the duo once again dominated, combining for 58 points in a 112-103 win.

While Wright's expectations might seem heavy to place on a team coming out of a pandemic, they aren't expectations not shared by the players.

Lakers guard Alex Caruso shared the same sentiments as Wright on a recent episode of "The LiucciCast," podcast, believing the season would be a disappointment if the Lakers don't emerge as the last team standing.

“I don’t have enough experience under my belt yet to know how it is on different levels, because obviously the team we have with L.A. is star-studded and people expect us to be there and there is a lot of attention on it already. We don’t have to talk about it, we know that’s our only purpose. If we don’t win it, it’s a failure, basically. That’s our goal, to win a championship.”

You're not fooling us, Alex. We know you've got more than a championship on your mind.

While it might seem like the Lakers were peaking at the right time and coming together to form the league's best team, not everybody is convinced they will end this season as champions.

If the league reshapes its playoff format to include the best 16 teams, Colin Cowherd doesn't even think the Lakers will will make it to the NBA Finals.

The Lakers won their last matchup with the Clippers, but the Clippers still hold a 2-1 edge in the season series, having won the opening night matchup, 112-102, and the Christmas matchup, 111-106.

And as NBC Sports Boston's A. Sherrod Blakely also pointed out, while all teams might be well-rested, the Lakers, Bucks and Clippers will not be benefitted by home-court advantage.

"The top teams spent all season working towards positioning themselves to host a Game 7 in front of their fans if a series came down to that. But with all 16 teams likely playing games at one neutral site, the home-court edge no longer exists. The playoffs become more like an expanded NCAA Tournament filled with “best-of” series instead of a one-game, winner-take-all format. Not only does this eventually result in the better team winning the series, but it takes out of the equation one of the biggest X-factors when it comes to playoff success — fans. Without them, it becomes a whole lot easier for a “road” team to pull off an upset or two in a series that they weren’t supposed to compete in, let alone win games."

Those recent Laker wins over Milwaukee and the Clippers were both at the STAPLES Center.

Going back to the East, the Bucks have pressure on them to deliver a title this season as well.

Brad Botkin of CBS Sports detailed how the free agency of Milwaukee's franchise cornerstone in 2021 has put pressure squarely on the Bucks to, at the very least, make the Finals this season, after falling in the Eastern Conference Finals last season.

"If the Bucks are playing to keep Giannis Antetokounmpo, these are not ideal circumstances. You could argue everyone is in the same boat, but the Bucks were clearly the best regular-season team, tracking for 70 wins for most of the campaign. However, now their home-court advantage is out the window. It has been speculated that Milwaukee would need to win the title, or at least make it to the Finals, for Giannis, a free agent in 2021, to re-sign."

One thing is for certain: the upcoming playoffs, if nothing else, will be unpredictable.

The NBA is fantastic.