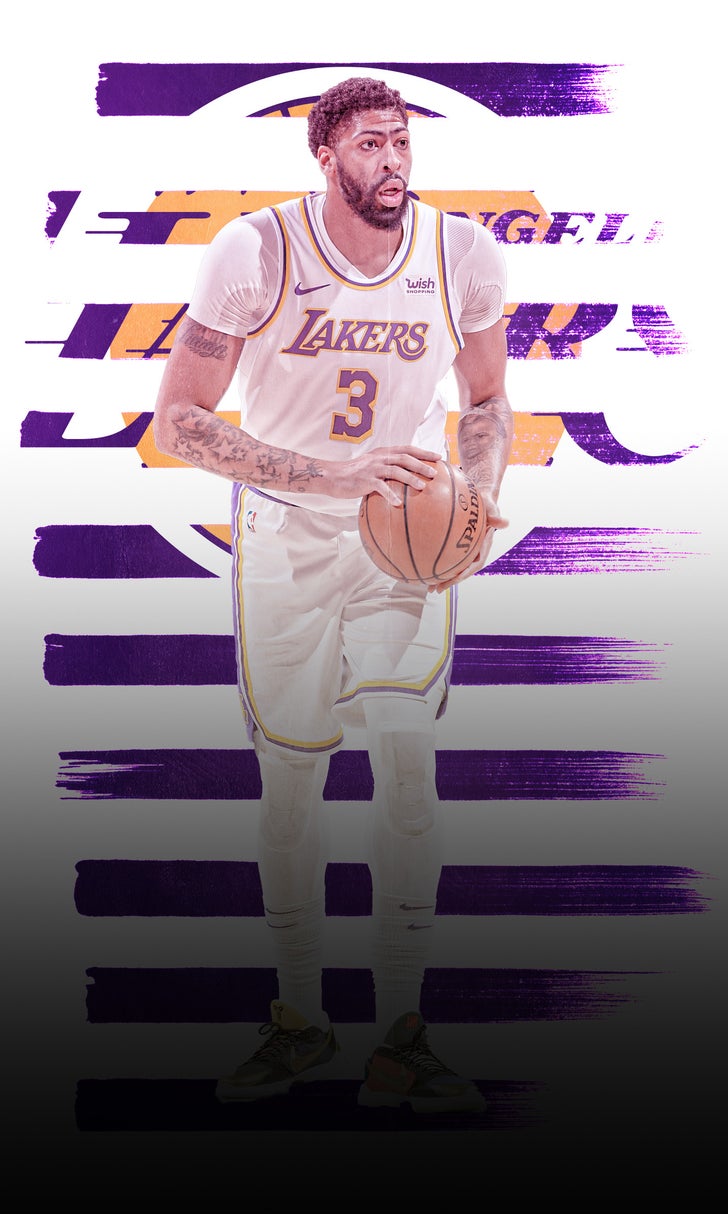 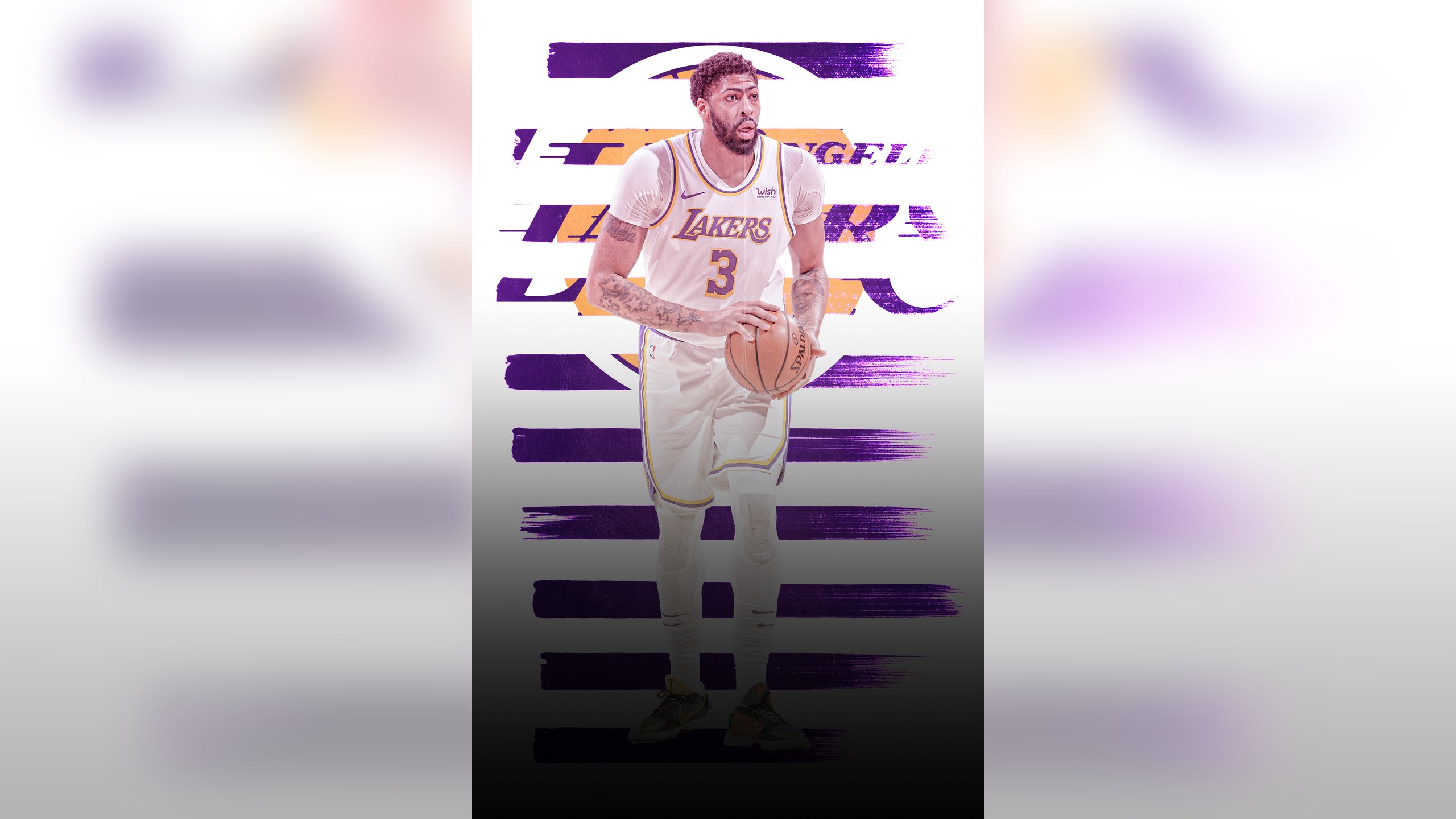 Anthony Davis' aggravated Achilles injury is cause for concern for Lakers

The Lakers held their breath as Anthony Davis slowly shuffled off the court.

With just under three minutes left in the second quarter of Sunday night's game against the Denver Nuggets, Davis drove against Nikola Jokic and felt pain as he planted his right foot near the basket. He limped off the court, grabbing his heel.

Davis returned to make two free throws, then gingerly walked to the locker room, missing the rest of the game.

Davis said Lakers team doctors didn't want to speculate on the severity of the injury until he undergoes an MRI on Monday in Minneapolis.

Davis said he thinks he aggravated tendinosis in his right Achilles, which sidelined him for two games last Monday and Wednesday against Oklahoma City. During that time, he described feeling a lot of soreness when he walked, ran or jumped.

But he doesn't think he rushed back too soon.

When he returned Friday against Memphis, he had a dominant performance, with 35 points and nine rebounds in just under 35 minutes. On Sunday, Davis had 15 points in 14 minutes before aggravating the injury.

"I think today was the first day where it felt completely fine," he said. "Didn’t feel it at all this morning, afternoon, pregame, anything."

Davis has struggled with injuries throughout his career.

He acknowledged in December that he signed a five-year, $190 million contract with the Lakers instead of a shorter deal in part because he wanted some security in case a bad break turned him into a liability.

During his seven seasons in New Orleans, he missed a combined 108 regular-season games because of different ailments.

But last season with the Lakers, it seemed as though things were turning around for him. Other than a gluteus maximus contusion that sidelined him for five games, he remained relatively unscathed.

Davis said that over the years, he has learned to play through minor injuries. But that's a delicate tightrope that can be tricky and dangerous to walk.

"It’s something I’ve kind of been dealing with my whole career, just having that injury bug," he said. "And I overcame it last year, even my last couple years in New Orleans, just playing through injuries and knowing what my body can take, knowing what it can handle, and if it’s something minor, I’ll go out there and play."

That said, he knows he needs to be cautious with this injury.

After all, if his Achilles tendon were to weaken to the point that it ruptured, he'd be sidelined for eight to 12 months. That's an injury that has destroyed some athletes' careers.

The Lakers, however, want him to take his time with this one.

Lakers coach Frank Vogel says the team, which is in second in the Western Conference at 21-7, has a next-man-up mentality and is deep enough to absorb the 22.9-point and 8.6-rebound hole Davis' absence would create.

"If he’s going to miss time – which we don’t know yet – we’ve got plenty of firepower to win games," Vogel said.

LeBron James echoed that sentiment, saying the most important thing is Davis' well-being.

"For me, all I care about is his health," James said. "I want him to be healthy. Our team needs him to be healthy. And he's got to make sure he takes all the precautionary reasons, do his due diligence on what's going on with his injury and be right when he comes back. No rush. No timetable."

Davis has been wearing inserts in his shoes to take stress off his Achilles when he plays. At night, he wears a sleeve to keep his Achilles flexed.

The seven-time All-Star, who won his first championship with the Lakers last season, doesn't want to miss any time with his team.

But he also knows how devastating the injury could become if he isn't prudent.

"I don’t want to go out there and try to be Superman and risk it for the long term."

'I'll never shut up'
LeBron James responded to Zlatan Ibrahimovic's criticism of his social activism, saying he has no plans to stop.
3 days ago

The King Chameleon
LeBron James has a skill that puts him above anyone to ever play in the NBA, the talent for adaptability, writes Melissa Rohlin.
5 days ago
those were the latest stories
Want to see more?
View All Stories
Fox Sports™ and © 2021 Fox Media LLC and Fox Sports Interactive Media, LLC. All rights reserved. Use of this website (including any and all parts and components) constitutes your acceptance of these Terms of Use and Updated Privacy Policy. Advertising Choices. Do Not Sell my Personal Info