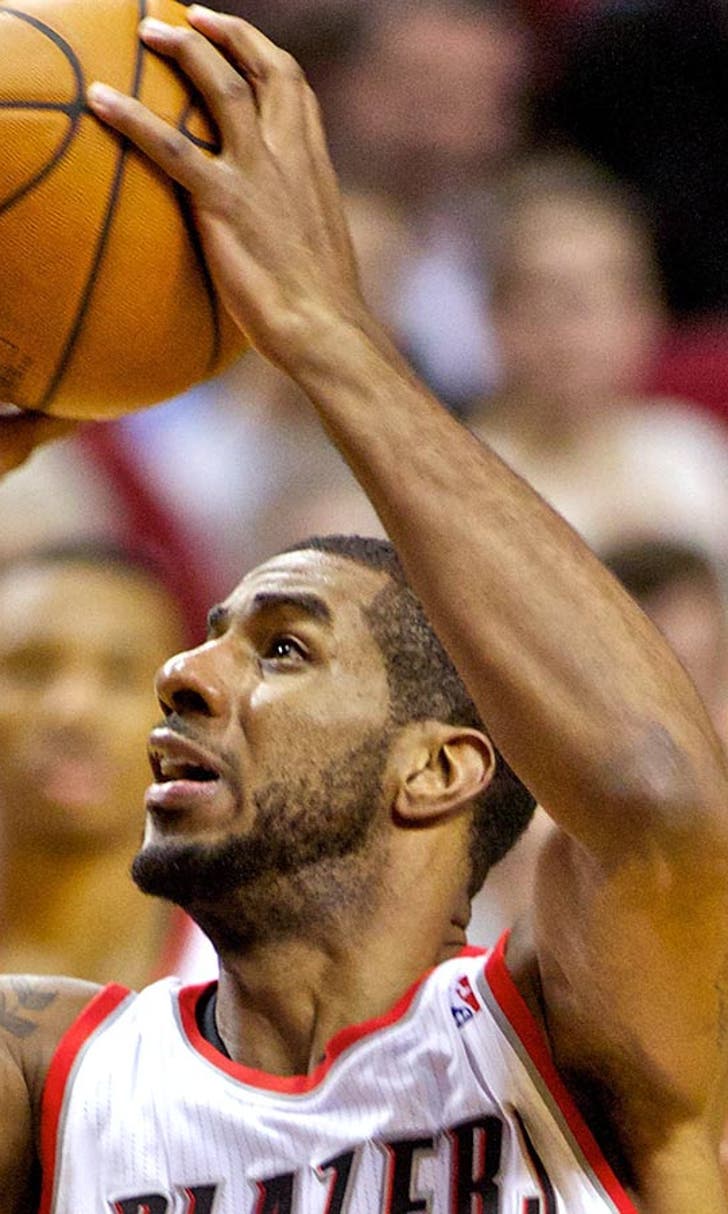 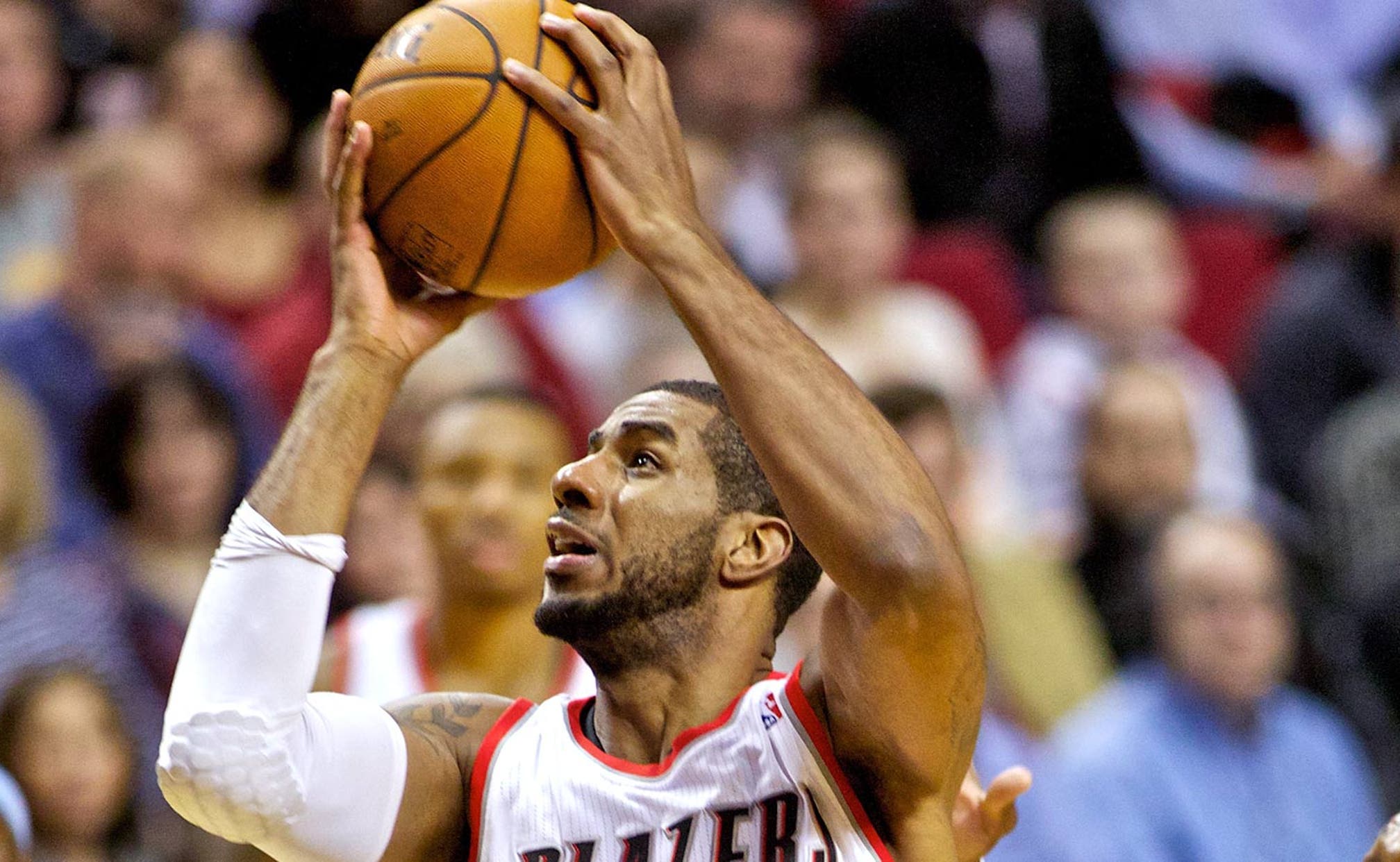 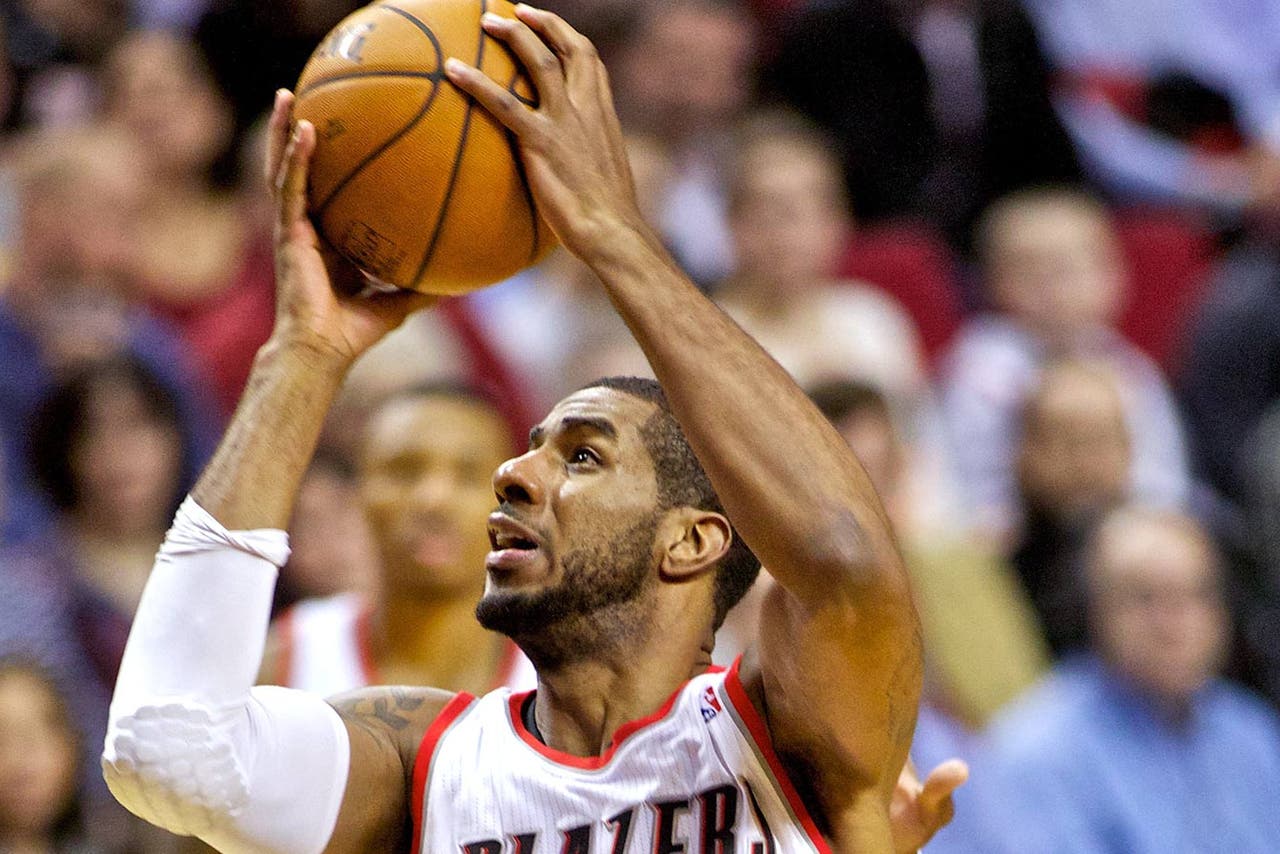 PORTLAND, Ore. (AP) LaMarcus Aldridge had a career-high 44 points and 13 rebounds, and the Portland Trail Blazers rallied for a 110-105 victory over the Denver Nuggets on Thursday night.

Wesley Matthews added 24 points for the Blazers (32-11), who snapped a two-game losing streak coming off a 2-2 road trip. The Blazers have not lost three straight this season.

Wilson Chandler had 18 points for Denver (20-21), which has lost four of their last five games after a five-game winning streak.

The Blazers trailed by as many as 15 points in the third quarter, but chipped away at Denver's lead to pull to 91-90 on Wesley Matthews' turnaround fadeaway before taking the lead on his 15-foot jumper.

The teams wrestled for control, but Aldridge's jumper put Portland up a 102-99 with 3:08 left.

Chandler and Timofey Mozgov made consecutive baskets to regain the lead for Denver, and it was back-and-forth until Aldridge made four consecutive free throws to shouts of ''M-V-P,'' from the Portland crowd, giving the Blazers a 108-105 lead.

Chandler missed a jumper with 8 seconds left and Aldridge made more free throws for the final margin. The two-time All-Star, who came in a disappointing fifth among Western Conference frontcourt players in All-Star voting, made eight straight free throws to close the game.

Blazers owner Paul Allen addressed the media at halftime, talking on a wide range of topics including a contract extension for Aldridge, which the team will consider ''at the appropriate time.''

Kenneth Faried got two quick fouls early in the game and had to sit, but the Nuggets still led 30-28 at the end of the first quarter, paced by Anthony Randolph off the bench.

Nate Robinson's 3-pointer stretched Denver's lead to 44-37, and the Nuggets went on to lead by as many as 12 points in the second quarter.

Randy Foye hit a 3-pointer early in the third quarter to stretch Denver's lead to 78-63. The Nuggets led 91-86 heading to the fourth.

Earlier in the day, Aldridge and teammate Damian Lillard were named to the 2014-16 U.S. men's national team pool, the first step toward making the Olympic team. Faried was also invited.

The All-Star team starters were also announced before Thursday night's game. Aldridge finished fifth in fan voting among Western Conference frontcourt Blazers, while Lillard finished seventh among guards. Both players will have a chance to make the team if they are selected by the league's coaches.

NOTES: The Blazers defeated the Nuggets 113-98 in Denver their first meeting of the season on Nov. 1. ... Portland is the only team to have used the same starting lineup all season. ... The Nuggets announced earlier this week that forward Danilo Gallinari will miss the rest of the season after undergoing a second surgery on his left knee. Gallinari averaged 16.2 points per game last season for Denver. ... Actor Billy Dee Williams was at the game.

Don’t Write Off The Denver Nuggets

Don’t Write Off The Denver Nuggets
Down 2-0, the Nuggets got a huge Game 3 win over the Lakers. No one should be taking this team lightly, Martin Rogers writes.
57 mins ago

Lethargic In Los Angeles
The Lakers looked sluggish in their Game 3 loss to Denver. Will it wind up costing LeBron & Co. in the long run?
6 hours ago

A Shift In Momentum?
Boston welcomed the return of Gordon Hayward in Game 3, with hopes it will translate into a comeback series win over Miami.
9 hours ago

Nuggets Hold On To Win Game 3
Denver has become known for staging epic comebacks, but it needed to stave off one to claw back into the West Finals.
18 hours ago
those were the latest stories
Want to see more?
View All Stories
Fox Sports™ and © 2020 Fox Media LLC and Fox Sports Interactive Media, LLC. All rights reserved. Use of this website (including any and all parts and components) constitutes your acceptance of these Terms of Use and Updated Privacy Policy. Advertising Choices. Do Not Sell my Personal Info