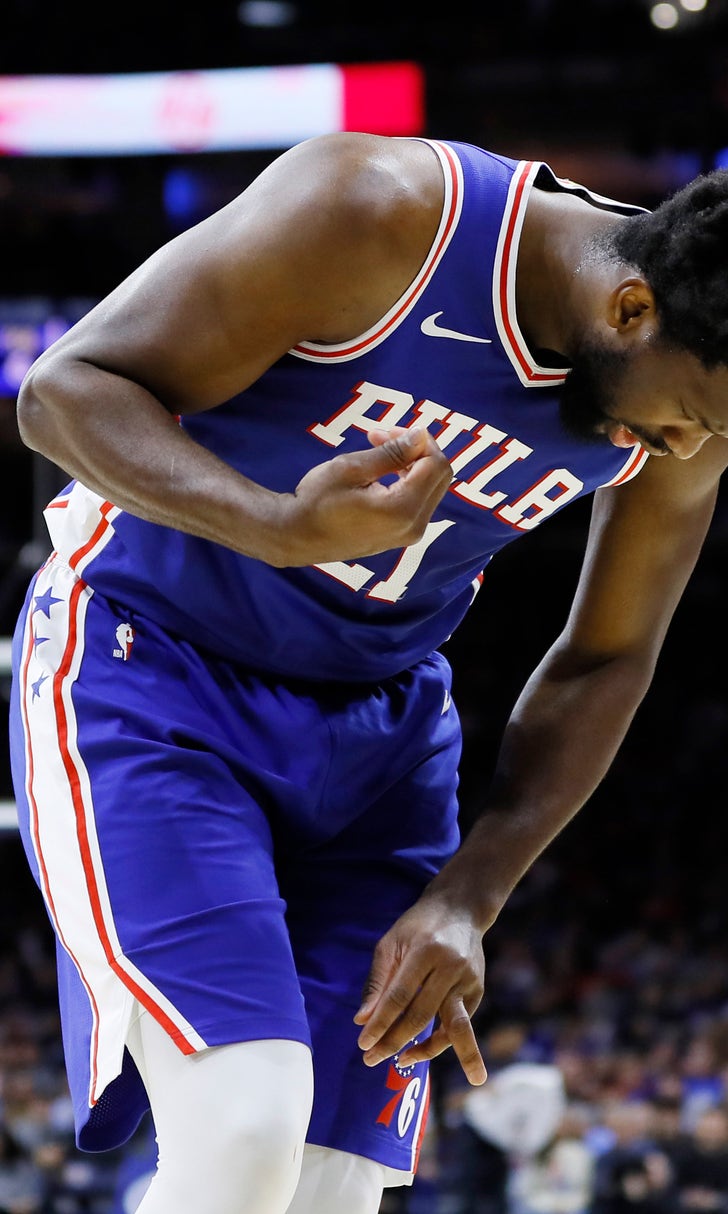 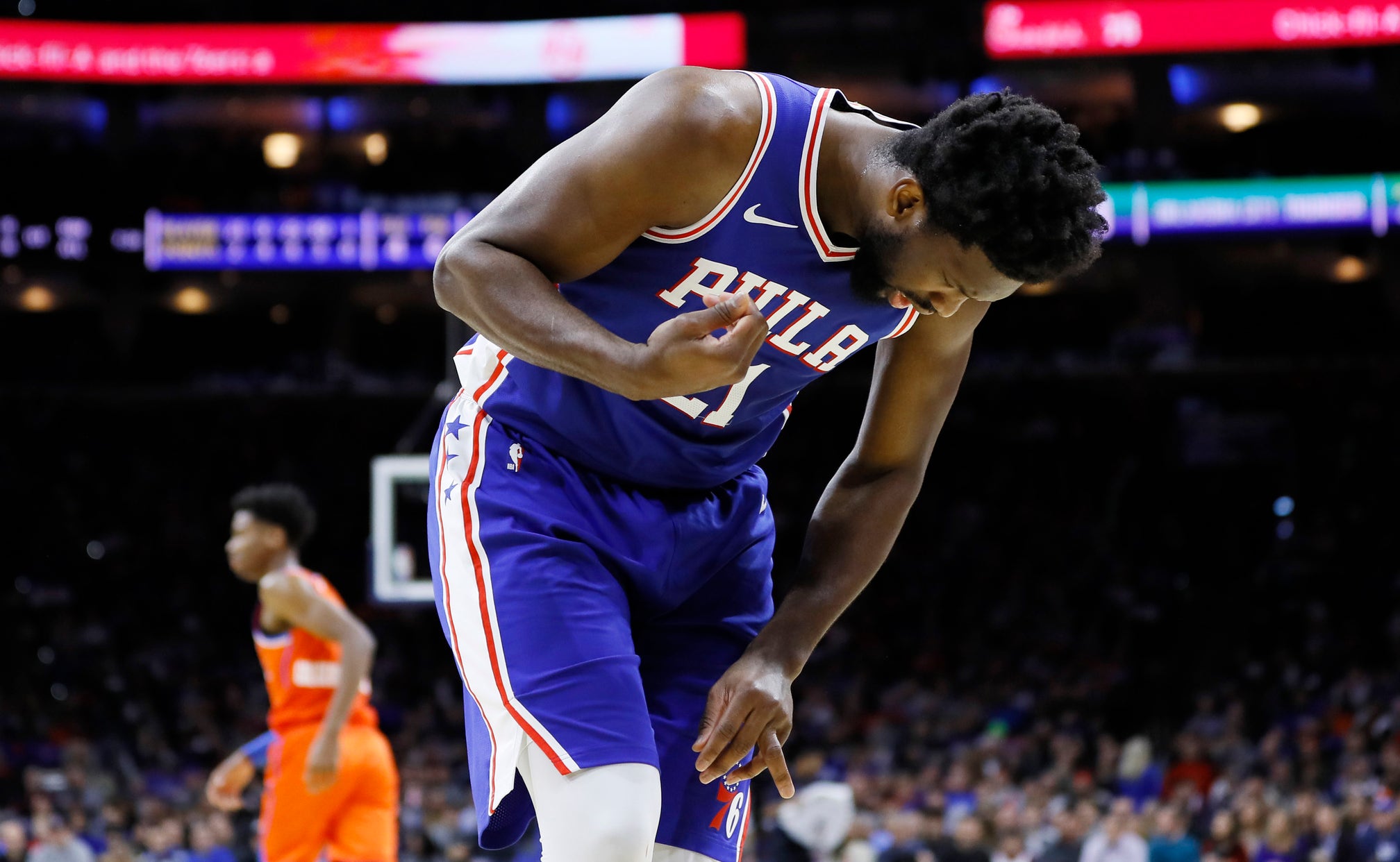 76ers center Joel Embiid to have surgery on finger

PHILADELPHIA (AP) — Joel Embiid needs more surgery, this time for a torn ligament in a finger in his left hand, the latest setback in the injury-riddled career of the Philadelphia 76ers' All-Star center.

Embiid, averaging 23.4 points and 12.3 rebounds in 31 games this season, will have surgery Friday and will be evaluated in one to two weeks.

He has never played more than 64 games in a season and won't again this season after he was hurt Monday night in a victory over Oklahoma City. Embiid injured the radial collateral ligament in the ring finger in the first half, a grotesque injury that made teammate Ben Simmons say “I nearly threw up" when he saw the finger.

Embiid's finger overlapped his pinkie to the point that it seemed he had his fingers crossed. He played most of the game with his finger taped and said he "couldn't go up with two hands."

"There were a couple of times I could have grabbed with both hands but I just couldn't. I just kept tapping it," Embiid said Monday.

The Sixers had braced for the worst, though they were certainly used to playing without their 7-foot big man. He was hindered by illness and knee injuries during last season's playoff run, and the Sixers worked this season to balance his minutes with the proper amount of rest. They usually go as far in the postseason as Embiid can take them -- a small sigh of relief he was hurt before the All-Star break and not headed into the postseason.

Mike Scott slid into the starting rotation for Thursday's game against Boston, along with Al Horford, Tobias Harris, Josh Richardson and Simmons.

"All of a sudden, we're different," 76ers coach Brett Brown said. "We're just different. I look at this as an opportunity. Nobody's crying. This is not a 'woe is me' moment, not for me, at all. And not for my players. We'll take what we have, and what we have, I love."

The 25-year-old Embiid has struggled with injuries ever since he was drafted with the No. 3 pick of the 2014 draft. He missed his first two seasons with foot injuries and hasn't played more than 64 games in any of the last three. He suffered a broken bone around his left eye and missed games in the 2018 playoffs. The Sixers signed Embiid, a native of Cameroon, to a $148 million, five-year extension that kicked in at the start of the 2018-19 season.

He didn't pick up a basketball until he was a teenager, when a friend informed him that very few 7-footers succeed in soccer. A few months later, Embiid was lured to a basketball camp in the capital of Yaounde run by NBA veteran Luc Mbah a Moute, one of just two players from Cameroon to have played in the NBA. Mbah a Moute persuaded Embiid's parents to let him move 6,000 miles to Florida, and helped enroll him at Montverde Academy, one of the best high school programs in the country. He played just 28 games in his lone season at Kansas before he left for the NBA.

"How does he get his health where he's back and feeling cocky and comfortable and ready to go where he's healthy, not just for this playoffs but for many playoffs," Brown asked. "I care for Joel and his future. What's best for him and his future."