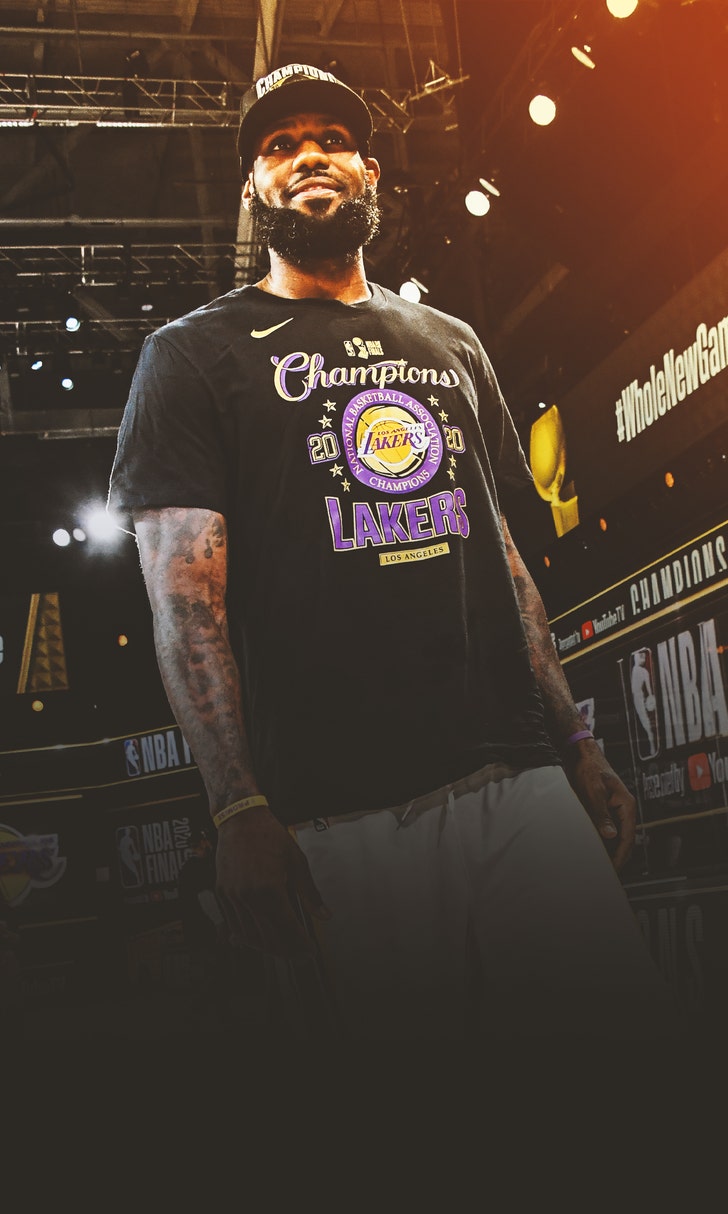 The 2019-2020 NBA season ended Oct. 11, with the Los Angeles Lakers defeating the Miami Heat in six games to win the NBA Finals.

And now it looks like those two teams, along with the rest of the league, will be back in action sooner rather than later.

After lenghty discussions regarding when the upcoming season would start – with dates ranging from as early as December to Martin Luther King Day in January – the NBA Player's Association and owners have come to an agreement to start on Dec. 22.

Christmas week will kick-off the 2020-21 season, with a 72-game schedule planned from December through April, putting the league back on track for its regular postseason schedule from April through June.

The NBA Draft is now the top priority on the upcoming calendar.

The beginning of free agency hasn't officially been set, but it's believed that it could start in conjuction with the draft.

Now that most of the particulars are out the way, FOX Sports' Chris Broussard weighed in on the decision to start the 2020-21 season in late December, what it will mean for the Lakers and the Heat, and more.

1. What are your thoughts on the Dec. 22 start date? Is it the right or wrong move for the league?

Broussard's Take: Obviously, from a basketball and physical standpoint, starting games on Dec. 22 is not ideal for the players. For teams that competed in the bubble, their offseason has essentially been cut in half. But from a business perspective, the players had no choice. It was either start on Dec. 22 or lose roughly $1 billion. That being the case, accepting the Dec. 22 start date was a no-brainer.

2. How does a December start affect the Heat and Lakers compared to the rest of the field? Are they at a real disadvantage?

Broussard's Take: The Heat and the Lakers will feel this more than the other teams. However, ultimately, they'll be fine. MIami has lots of young players who will recoup fast, and the Lakers, who obviously are much older, can simply rest their older players – like LeBron James – early in the season. The biggest negative for the Lakers will be that it could cost them when it comes to seeding, as they likely won't finish as the No. 1 seed in the West if they understandably rest LeBron a lot.

3. Which group of teams benefit the most from a Dec. 22 start date: teams that didn’t come to the bubble, teams that were in the bubble for a short time, or teams that made late playoff runs?

4. If the 72-game season goes well, do you think the NBA might stick with it as opposed to going back to 82 games?

Broussard's Take: I have long been a proponent of the NBA reducing the regular season to about 65 games. However, if the league can fill arenas for 82 games, it's not likely to reduce that schedule.

5. How tough of a transition will this be for incoming rookies? Starting games a month after being drafted?

Broussard's Take: Incoming rookies will miss out on Summer League games, which is somewhat of a factor (although many of the top rookies were no longer playing many summer league games anyway). Initially, most rookies will be lost with the reduced preparation time. However, the real ballers will eventually find their footing and be fine.

6. How much player movement do you expect to see in free agency with it being so close to the Dec. 1 training camp start date?

Broussard's Take: Player movement is always hard to predict, so while the inclination would be to think there won't be that much because of the short timetable, teams are more active than ever on the trade front these days. I think we'll see a decent amount of activity but not as much as usual.

AD Deal Reminds Us Of Lakers' Dominance
Anthony Davis’ new contract was expected and is a reminder that the Lakers are the focus of everyone else’s ambition, Martin Rogers writes.
6 hours ago

Face(s) of the Franchise
LeBron James and Anthony Davis have taken their friendship and turned it into a potential dynasty in LA, writes Melissa Rohlin.
7 hours ago

Lakers Lock In Anthony Davis
The Lakers made another big splash on Thursday, inking Anthony Davis to a huge extension a day after extending LeBron James.
12 hours ago