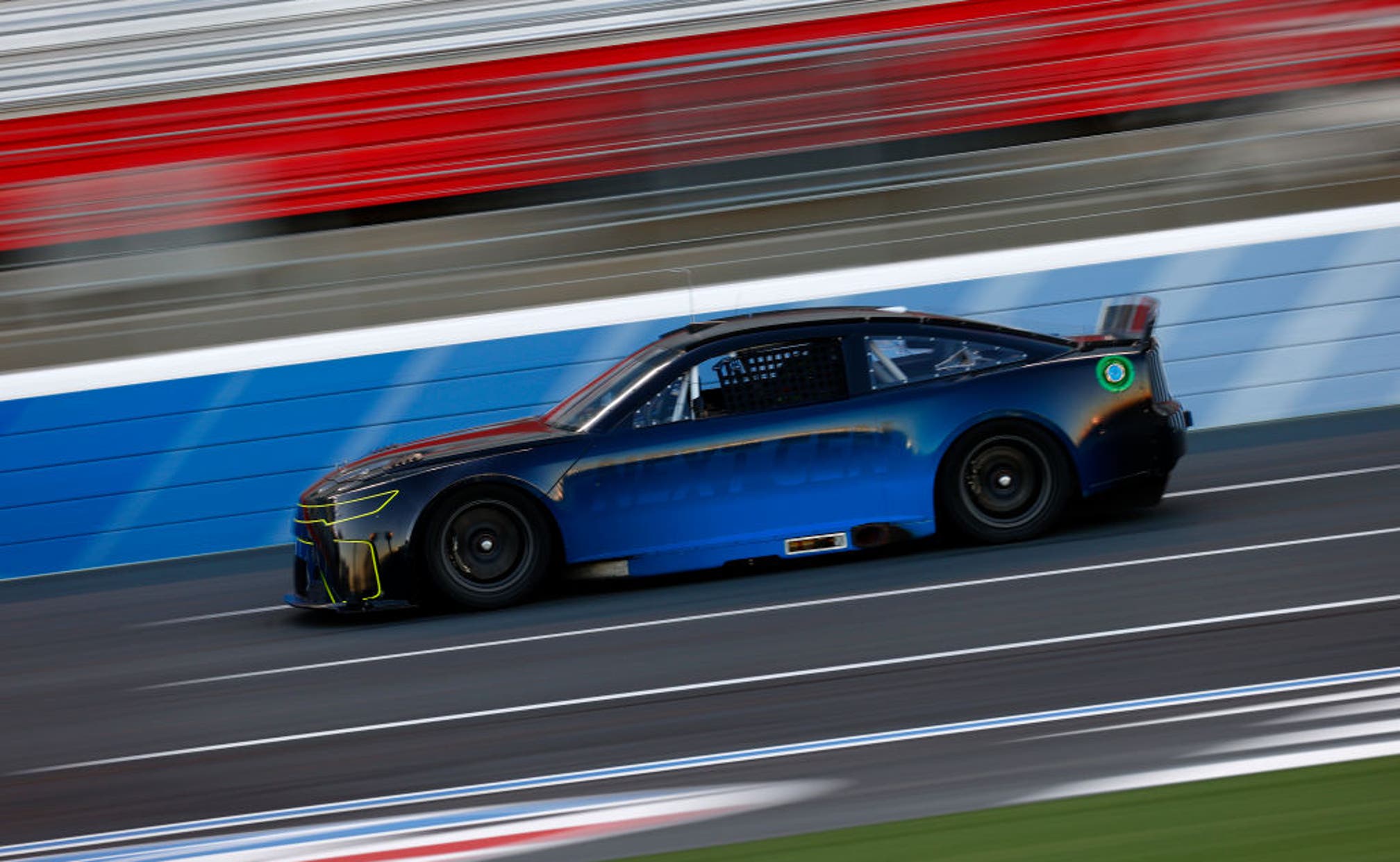 Their test of the Next Gen car – the debut of which NASCAR postponed from 2021 to 2022 because of the COVID-19 pandemic – signified that NASCAR has plenty of things to work on as it begins its offseason.

Teams are going to buy the parts and pieces primarily from NASCAR-selected vendors instead of developing many of the pieces themselves, a way for NASCAR to control costs and hopefully have tighter competition.

“We were confident that we were going to introduce it in 2021, then it became very clear that we couldn't,” said NASCAR President Steve Phelps in his state of the sport address on Nov. 7. “It really has to do with are we going to have the parts and pieces in order to make this car – to build it at scale in order to have enough cars to race.

“As of right now, the answer is absolutely yes ... It's a cool‑looking car that I think will have some great characteristics that will make the racing even better than we've seen.”

“It does everything a little bit better,” Truex said. “It is a little bit easier to drive in general on the road course.”

The car uses a transaxle transmission – it has six gears, compared to the current four-gear H-pattern shifter – that doesn’t rely on a separate driveshaft and axles, causing it to react more like a sports car than the traditional sports car. That is an element that is designed to make the car more racy on road courses, something NASCAR wanted as it already has increased the number of road courses on its schedule from three to six starting in 2021.

Because NASCAR went from 15-inch to 18-inch tires, the wheels are now made of aluminum (not steel) and use a single lug nut in the middle. NASCAR couldn’t find a way to have an aluminum wheel (a steel wheel at 18 inches would have been too heavy) that used the traditional five lug nuts and was able to safely handle the loads.

“The car accelerates quicker, it stops quicker, it turns quicker, it’s more nimble,” Busch said. “All the lap time that’s been gained is through the infield section with the independent rear suspension and the ability to shift quicker.

“So really, the car ... is more effective and the car is more sensitive to changes and to feel, even with a shorter side wall.”

The whole reason to test is to find bugs and issues with the car, so it’s not surprising Truex did have one issue Monday.

“If the car bottoms out at all, the steering goes haywire,” he said. “We’re working through that.”

The car manufacturers each had their specific body styles approved in the last couple of months, and NASCAR likely will have a test by the end of March with all of them participating. That is the next step in the development of a car that the manufacturers and NASCAR hope generates enthusiasm.

“It is important for the looks of the car to be much closer to what we have in the showroom and on the street and what we're going to have on the race track,” said Ford Performance’s Mark Rushbrook. “Underneath, with the technology and architecture of the car, [is] much more similar to what we sell on the street.”

The hope is that the car will rely more on mechanical grip and, with most of the parts and pieces coming from vendors, it will rely more on driver ability and technique rather than the depth of an organization’s engineering staff.

With the initial outlay to buy and put those cars together expected to be several million dollars for a team for the first year, NASCAR has seen some team owners bail because the initial investment is too steep when combined with their potential sponsorship. Leavine Family Racing, Germain Racing and Go Fas Racing all sold their charters.

But they sold them to new team owners who hope that the upkeep of car fleets and the need for new cars based on engineering advances are significantly less with the potential to be more competitive. Denny Hamlin and NBA great Michael Jordan now co-own a team, as does former driver Justin Marks, and a collaborative effort by drivers Matt Tifft and B.J. McLeod. Spire Motorsports is expanding from one to two cars, and the Hamlin/Jordan team (23XI Racing) also already has eyes on expansion.

For Phelps, he obviously has the challenge of a 2021 season that likely will be impacted by the pandemic. While NASCAR already has announced that only eight of the 36 Cup races will have practice and qualifying (the other 28 will be one-day, race-only events), Phelps and his staff are working on contingency plans for protocols for the season-opening Daytona 500.

The Feb. 14 race, the biggest on the NASCAR calendar, comes seven days after the Super Bowl scheduled for Tampa, so it could be expected that they would both have similar restrictions when it comes to capacity.

Phelps believe the industry can handle a smaller footprint at the track until a vaccine is widely available.

“Do I believe we as a sport are going to shut down? We are not,” Phelps said. “We are going to run races.  We can sustain this period where we have a limited number of fans, limited amounts of hospitality.

“Is it where we want to be? Of course not. But are we financially viable to move forward? We are. Do I think the majority of our race teams are in the same position? I do.”

“We believe our crew chief lineup for 2021 will best-position each team and driver for success across both series. We take a lot of pride in our depth of talent across our entire organization. All of our crew chiefs are proven winners.” – Joe Gibbs on moving crew chief Adam Stevens from Kyle Busch to Christopher Bell and elevating Ben Beshore from the Xfinity Series to work with Busch in 2021