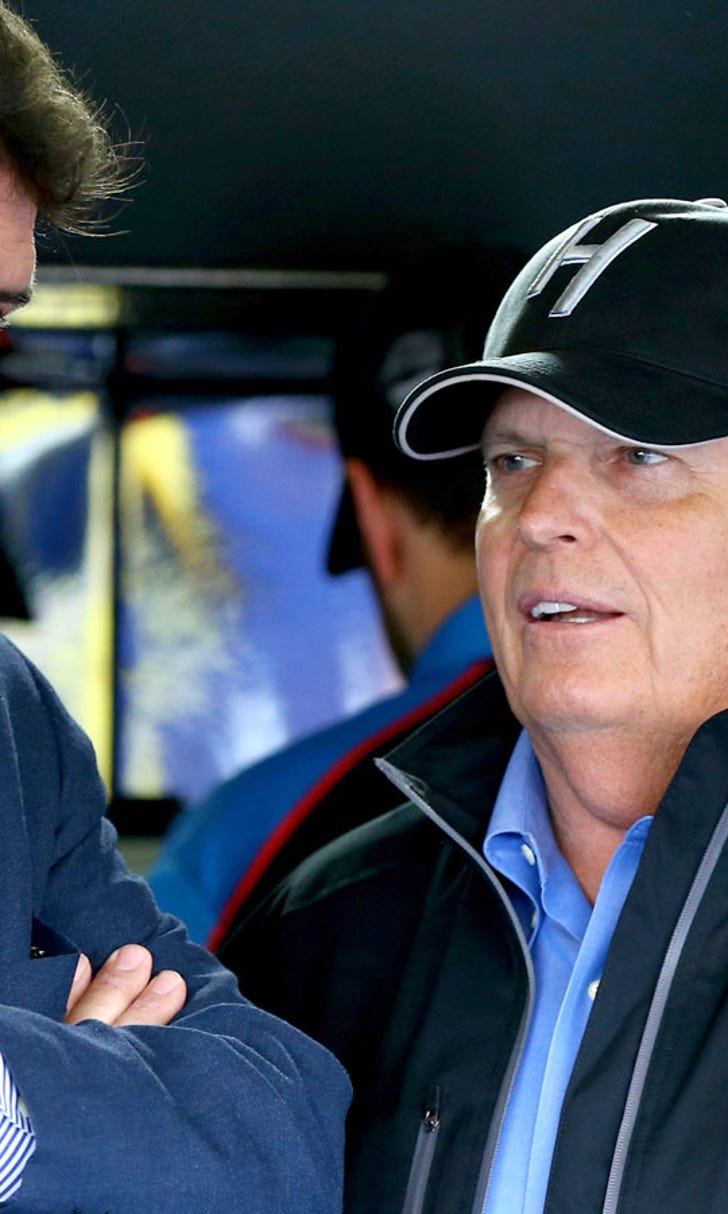 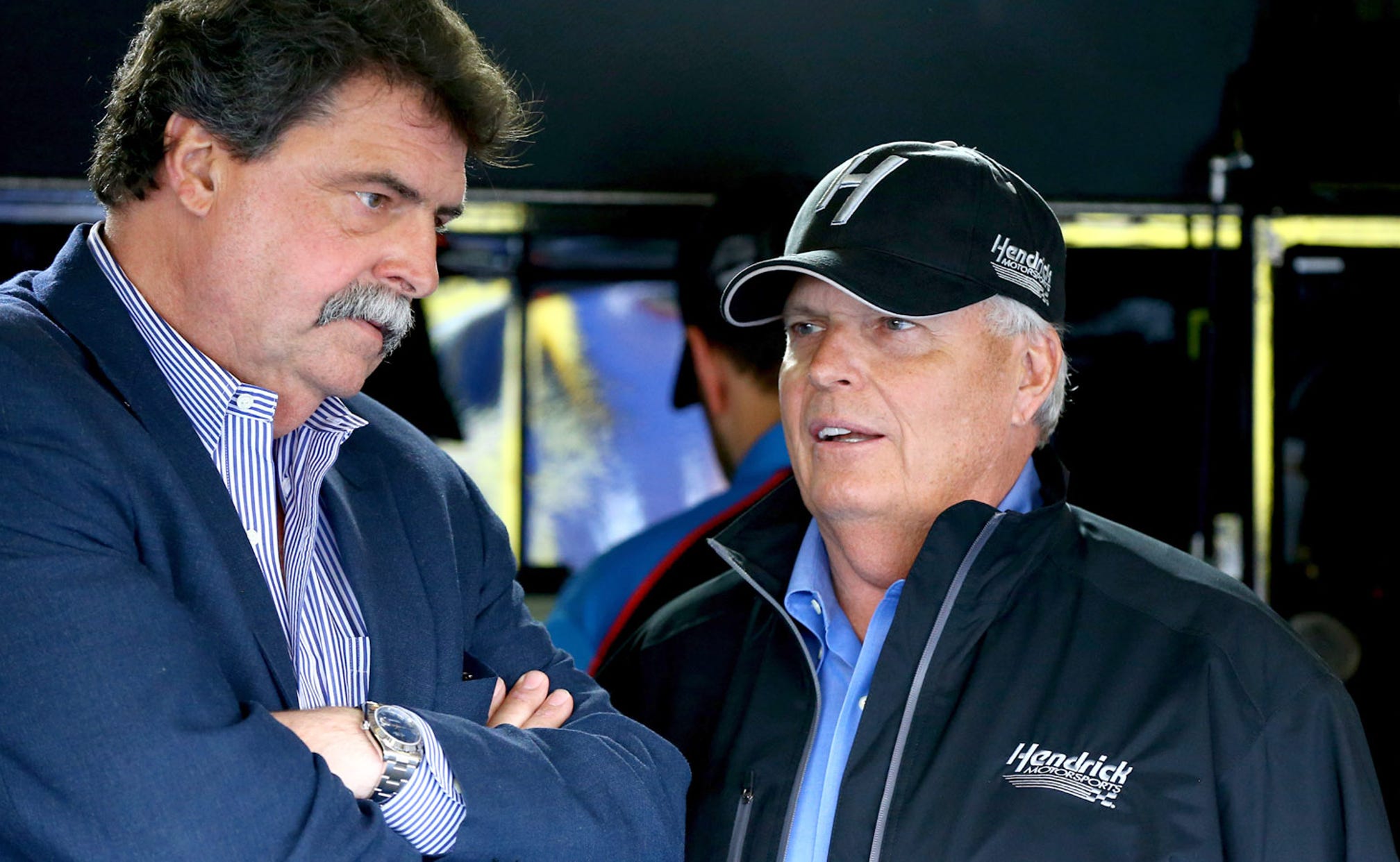 Should Sprint Cup teams be labeled cheaters for working in gray area? 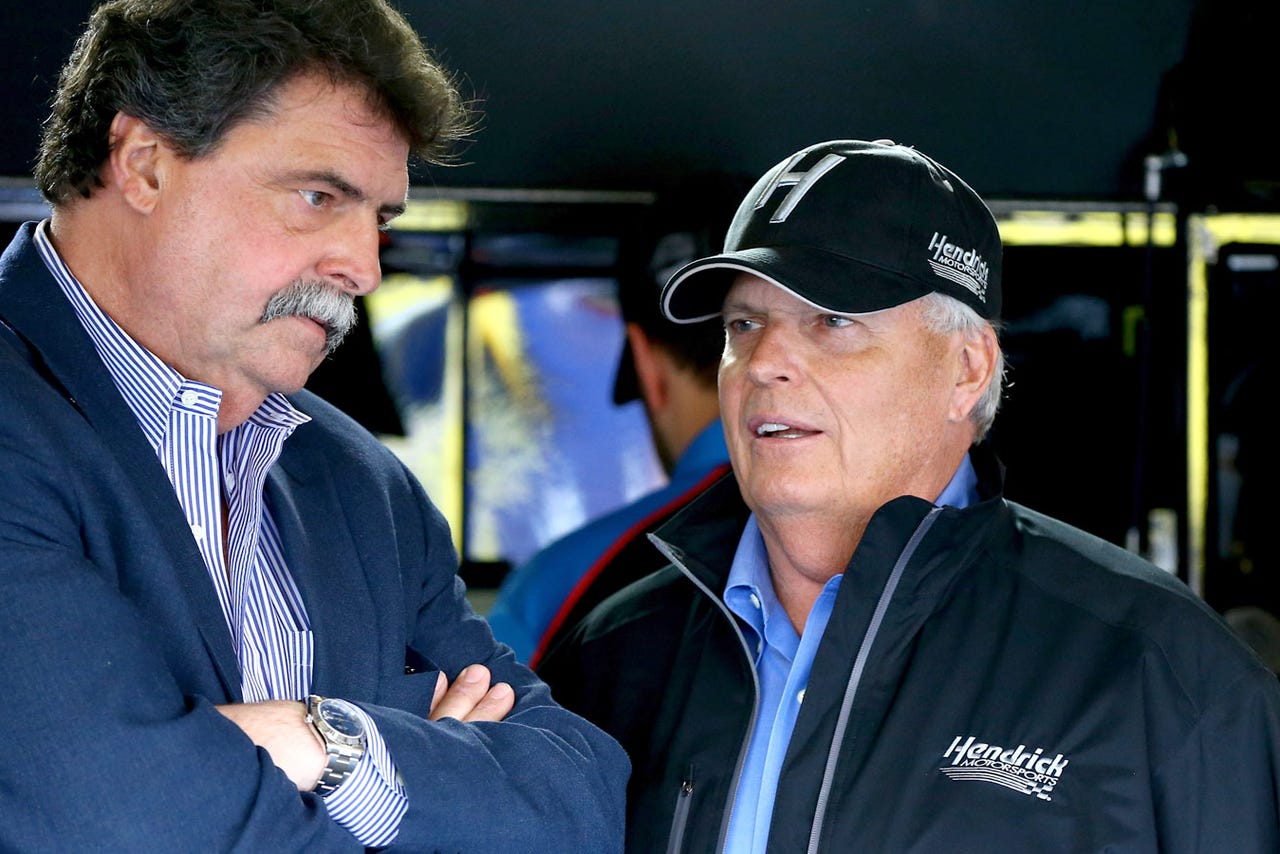 Having been a race fan all my life plus having raced in NASCAR for 30 years and now having been in the TV booth for the last fifteen years gives me a unique perspective on our sport. With seven races in the books, I have to say I like a lot of things NASCAR has done recently. They have gone back and reevaluated a lot of the rules. They've either revised some rules that were antiquated, or in some cases they have even eliminated some rules.

For example, last year they eliminated the ride-height rule. That rule never made sense to me. How can the cars be hitting the race surface during a race, but then NASCAR penalize teams in postrace inspection because the cars were too low? This year there is no air-pressure rule. It's pretty simple because air pressure polices itself.

You can only run the tires so low on air pressure. You reach a point of diminishing returns there. So why was there a need for a rule? The lug nuts were another area that needed revised. What is NASCAR going to do: Stop every car at the end of pit road to make sure they got all the lug nuts tight?  That's simply not realistic. NASCAR has decided to let the teams police how many lug nuts are on the car. Are they tight? Well, if they aren't, that's the team's problem. Are they all on there? If not, again, it's the team's problem. It's a self-policing rule.

Another example of a positive for 2015 is the track-bar adjuster. Now the driver can adjust the track bar either up or down from inside his car. That eliminates a crew member running around the car and possibly leaving a track bar adjusting wrench sticking out of the rear window, thus incurring a pit road penalty.

In addition for 2015 is the new NASCAR Pro System, which I think is a great idea to level the playing field on pit road for all the competitors and not leave a possible infraction to the interpretation of a pit road official. One of the added benefits is it cleaned up pit road. Now through the use of 45 HD cameras, there is only something like 10 pit road officials.

The other thing I never could get my arms around was pulling the cars onto pit road nose-first before qualifying. Then you had these drivers trying to back their cars out to get down pit road to go qualify. Now NASCAR has changed that. They back the cars in and when they drop the green flag for the beginning of qualifying sessions, the cars roll out in a pretty systematic order.

Speaking of qualifying, that's been a great change for our sport and blown some excitement back into qualifying. This new system works really great at some tracks where they have three qualifying sessions, but this February we saw at Daytona where it really didn't work. Because Daytona is the only track with its own unique qualifying procedure for the Daytona 500, we literally had cars wrecking in qualifying for a qualifying race.

NASCAR has recognized that it didn't make sense to put cars in harm's way for the biggest race of our season, so they made revisions. This is where I think Mike Helton, Robin Pemberton and Richard Buck of NASCAR have done a pretty good job of evaluating these situations, like qualifying for the Daytona 500, and made changes for the future. They've even adjusted qualifying for Talladega in early May and, you watch, the time it takes to qualify all the cars will be cut probably in half. Once again, NASCAR evaluated a situation and tweaked the rules to make it better for the competitors and the fans.

I get really upset when the folks in the garage get labeled as cheaters. It's just not right. If they find an area to help their car that isn't addressed in the rule book, does that make them a cheater? If there isn't a rule for it, then how can they be labeled as a cheater?

So NASCAR penalized and fined Slugger, plus put him on probation. On Tuesday, though, the NASCAR Appeals Board overturned and reduced part of that penalty. Why? Because what Slugger did wasn't illegal, but it hadn't been done before. NASCAR then changed the rule. Slugger is a classic example of not being a rule-breaker but being a rule-maker.

Seeing and coming up with things that haven't been done before don't make you a cheater, because it doesn't say you can't in the NASCAR rule book. It tells you what you can do, but it doesn't tell you what you can't do. I hate our guys being labeled as cheaters. It hurts the sport and the integrity of the sport.

Another situation that I have been watching for a while, and Jeff Gordon even spoke to it at Texas last week, is the pit road speed enforcement. We have a pit-road speed. All the drivers, crew chiefs and teams know where the NASCAR timing loops are under pit road. The problem is with the drivers knowing where the loops are, they can roar out of their pits, pass a few cars and slow down in time to meet the legal speed limit by the time they cross the next timing loop.

There should be a uniform pit-road speed from the time you enter to the time you exit pit road. I think we need to continue to embrace the new technology that is out there. I think they should go to the new digital read-out dash panel that currently is optional. I think it's something you'll see more and more of in the future. What about utilizing a pit road speed limiter? It levels the playing field for everybody.

Another situation that needs to be addressed soon, and I touched on it the last couple weeks, are the tire bleeders. Instead of having some crew member or engineer secretly walk around poking microscopic holes in their tires -- which is illegal and not safe -- then give them the option to use tire bleeders. I liken it to a few years ago until fuel injection was introduced into our sport. It hadn't been tried before, and sure in the early going there were some failures. However, there are some brilliant minds in our sport that worked and adjusted it and, guess what? We've never heard another word about it. I think the same thing will happen if we go to these tire bleeders sooner rather than later. It will become another one of those issues we never hear about again.

Overall I have been really impressed with how NASCAR has been proactive and open to change. As I've said many times before, just because we did it that way 30 years ago doesn't mean we have to continue to do it that way today. Sure, we still have a ways to go, but I think we're seeing a sanctioning body that is willing to listen, evaluate and consider the new technology that is available to us. I think it's an important step forward because it makes our sport and the product we see on the racetrack better.