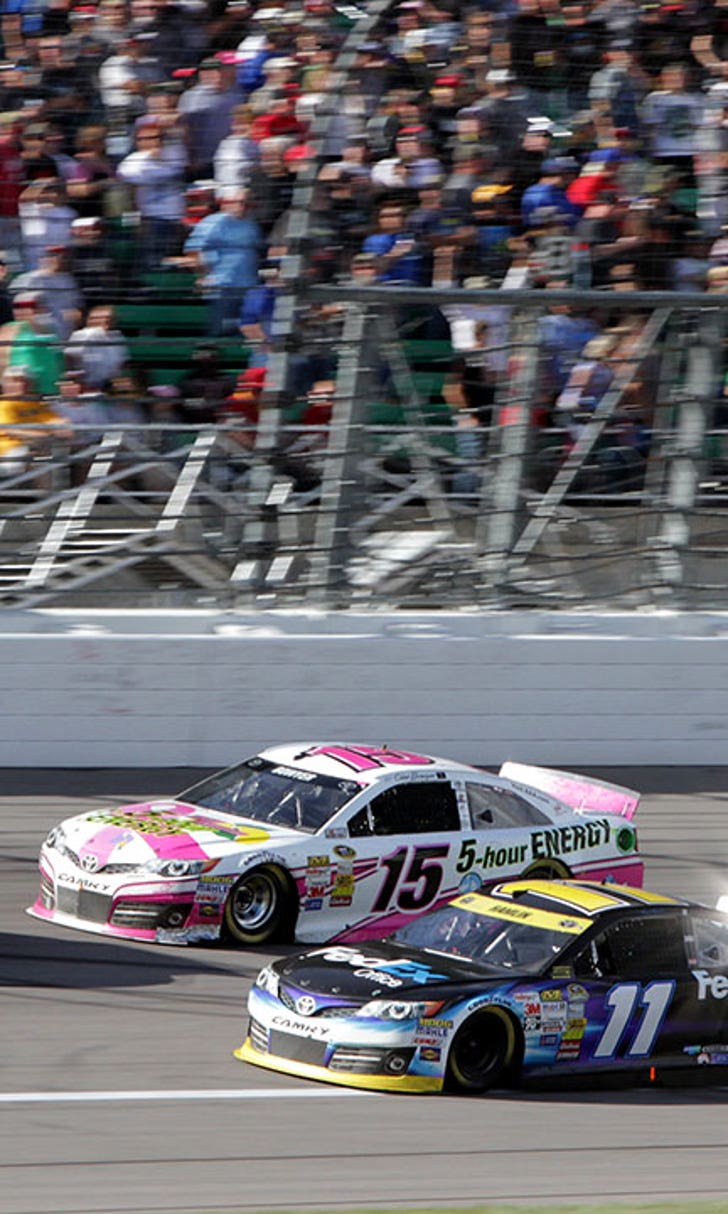 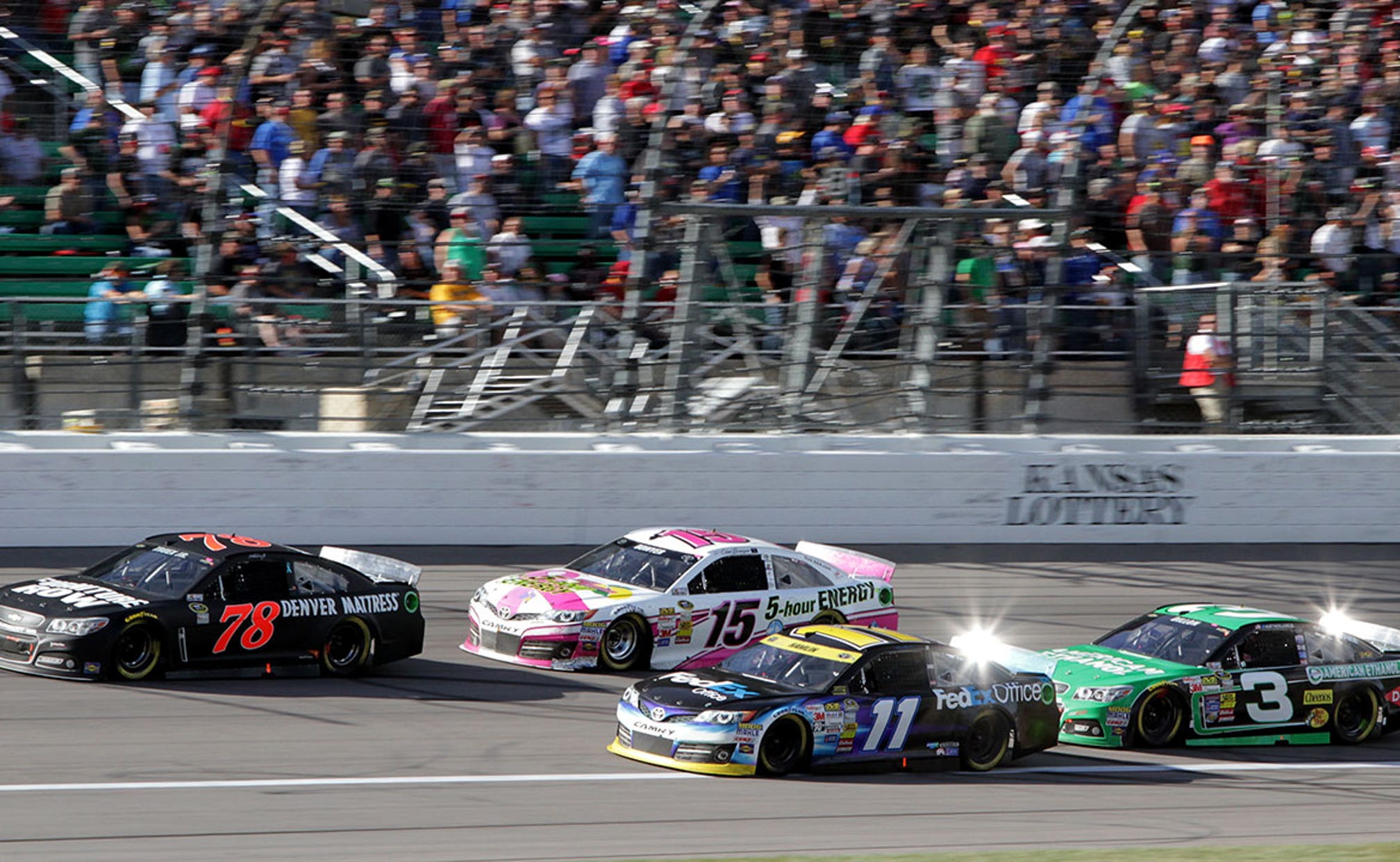 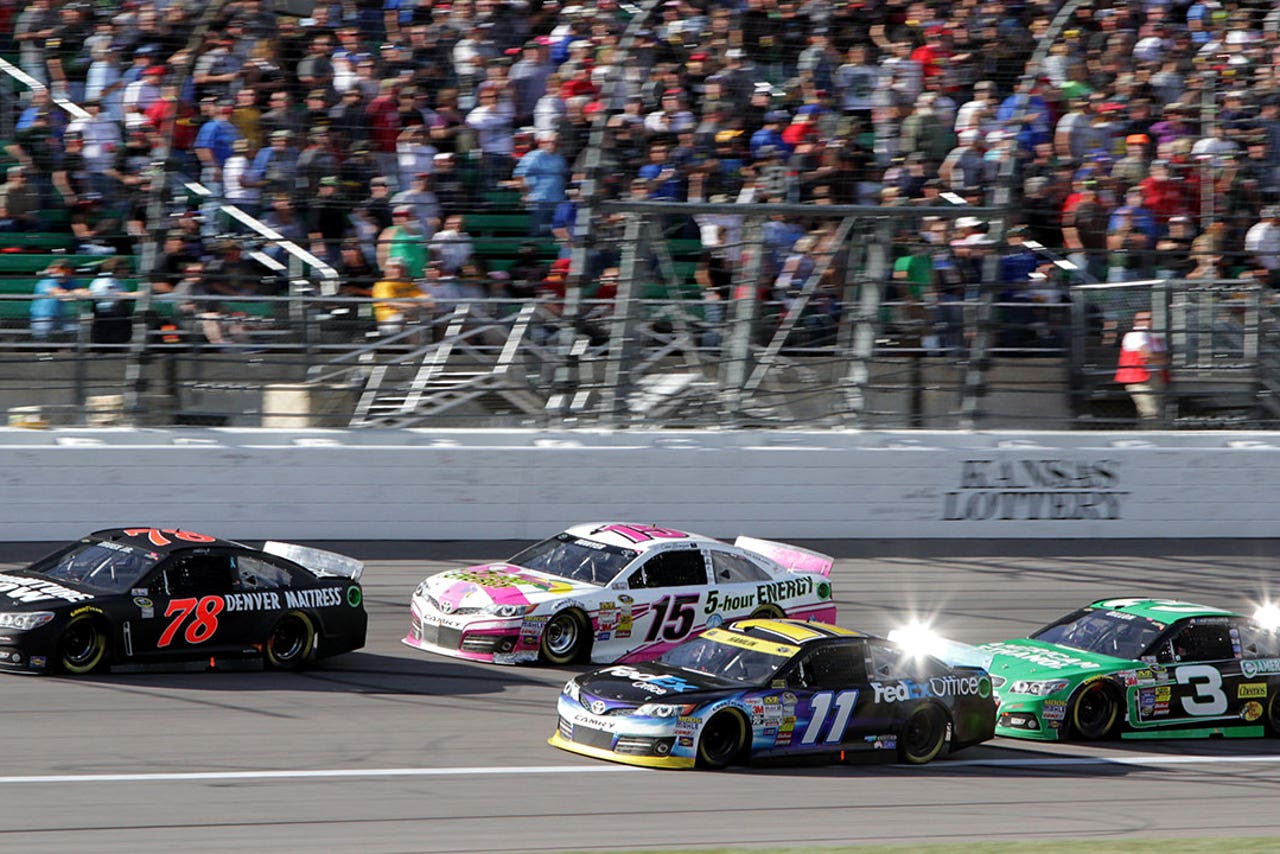 While the 12 drivers in the Contender Round of the Chase for the Sprint Cup garnered the most attention this weekend at Kansas Speedway, the non-Chase drivers made it clear they are still here to race.

Team Penske's Joey Logano took the checkered flag at the end of the day, but he did so holding off a hard-charging Kyle Larson, one of the strongest non-Chasers each week.

In all, five non-Chase drivers finished inside the top 10, with Martin Truex Jr. earning his best finish of the year in fourth, Austin Dillon finishing eighth, Paul Menard ninth and Brian Vickers in 10th.

A Chase driver has won each of the first four Chase races, but Larson has not been far behind in each of those four events. The Rookie of the Year contender finished third at Chicagoland Speedway, second at New Hampshire Motor Speedway, sixth at Dover International Speedway last week, and brought the No. 42 Chip Ganassi Racing Chevrolet home in second again on Sunday.

"Another second and can't be too disappointed with it," said Larson. "The wins will be coming, so I just have to be patient and with every time I am in the top three, it's just going to make the wins feel that much better. So thanks to Chip, Felix, Target and everybody that sponsors this racecar. We have been really fast lately, so hopefully we can start clicking off some wins."

Larson's teammate Jamie McMurray also had one of the stronger cars in the field, leading a total of 27 laps on the day. However, McMurray struggled at times with the handle of the car, but consistently showed speed and the ability to pass cars at will. However, the driver of the No. 1 Chevrolet was forced to hit pit road with just six laps to go after cutting a left front tire. After a solid run, McMurray finished the day in 25th, four laps down.

For Furniture Row Racing's Martin Truex Jr., Sunday's race at Kansas Speedway was a break from frustrating season he has had in 2014 - both on and off the track. Running in the top 10 for much of the afternoon, he was able to bring the No. 78 Chevrolet home in the fourth spot, his best finish of the season.

"I wasn't sure when the race started I felt good about it," said Truex, who has 15 finishes of 20th or worse on the season. "Honestly, the guys have done a very nice job on the Furniture Row team bringing good race cars the last few weeks. They have been working really hard to get this program turned around. It's nice to get some good results. They really deserve it they have been working hard for it. Just hope we can keep these good runs going the rest of the year and hopefully be able to come out of the box next year strong. That is what we are planning on."

While Larson may be the most talked about rookie over the past few weeks, Austin Dillon was able to score his second-best finish of the year Sunday in Kansas, coming home eighth.

The Chase drivers have shown over the past four races that are still the best drivers in the field, but the non-Chasers are certainly knocking on the door. If someone like Larson, McMurray or Clint Bowyer -- a former Charlotte winner -- can go out and win next weekend at Charlotte, the Chase drivers will head to Talladega Superspeedway in two weeks with a lot more pressure on their shoulders.