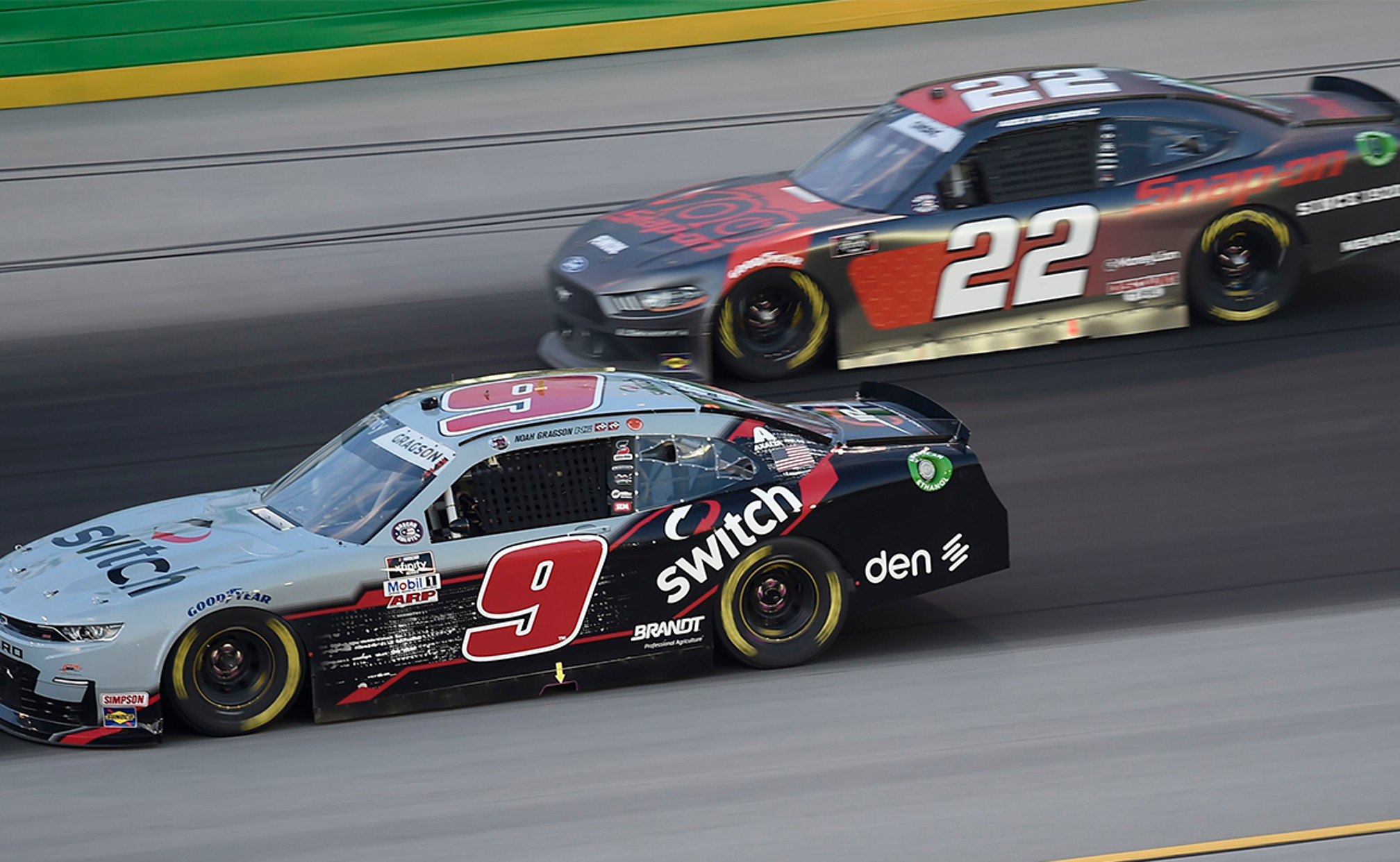 Xfinity Drivers Noah Gragson and Harrison Burton had a discussion which escalated into an altercation on Friday night, after the two were involved in an accident in the final laps of the race.

Gragson and Harrison made contact battling for fourth on Lap 188 of the 200-lap race, as Gragon drifted into Burton’s No. 20 Joe Gibbs Racing car, resulting in a seventh place finish for Gragson and 12th for Burton as no caution flag flew.

Crew members and NASCAR officials quickly got involved, breaking up the fight.

"Just frustrated. That’s two times since we’ve come back after the COVID-19 pandemic on restarts. Same situation. ... Both times puts us in the fence. Charlotte and now here."

Gragson then gave his take on the situation:

“We’re all racing hard. I mean, us teammates are beating and banging for the finishes at the end. I don’t really have a comment, haven’t really seen everything that happened.”

Burton isn't the only one to have a race affected by Gragson this year.The No. 9 JR Motorsports driver was involved in a few crashes with No. 21 Chevrolet Camaro driver Myatt Snider at the start of the season.

In addition, he forced JR Motorsports teammate Justin Allgaier out of the way to ride straight to victory lane at Bristol last month.

No. 22 Ford Mustang for Team Penske driver Austin Cindric won at Kentucky for the second night in a row, first claiming Thursday's Shady Rays 200 and then Friday's Alsco 300.

Get more from Xfinity Series Add to your favorites to get information about games, news and more.
in this topic

Who to Watch – Before Sunday
Bob Pockrass outlines which young drivers could soon see themselves lined up next to the big boys in the NASCAR Cup Series.
September 24