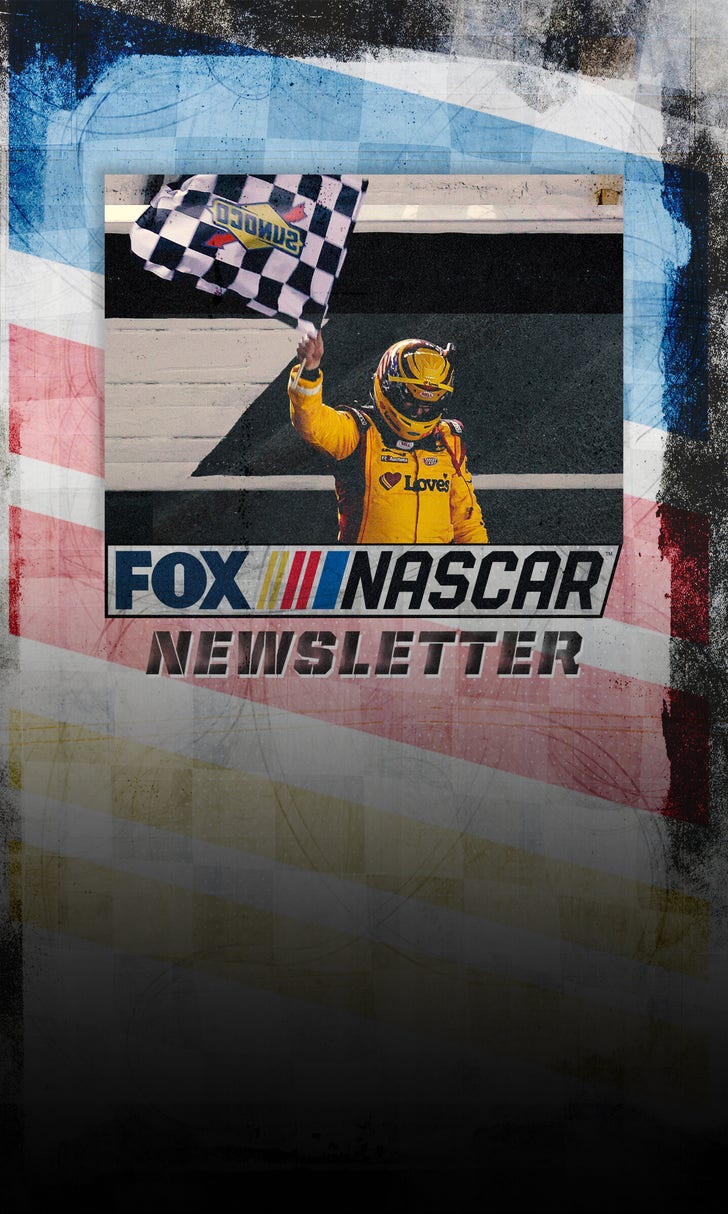 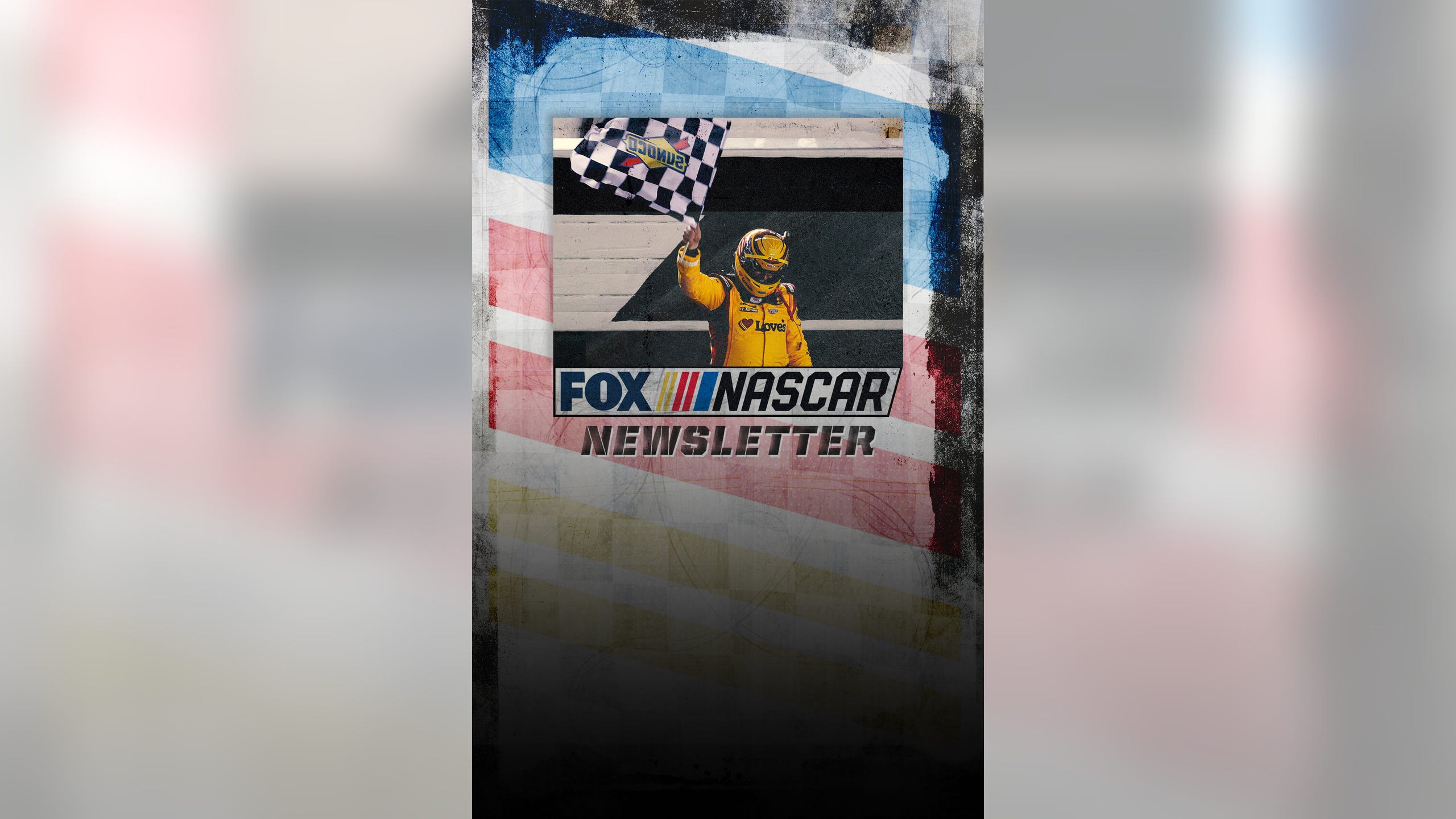 From 2009 to 2013, McDowell drove for teams that didn’t have enough money to race. After a partial season at Michael Waltrip Racing that, with limited stock-car experience, he wasn’t prepared for, McDowell spent his time doing "start-and-parks."

He was running at the finish just 17 times over 120 starts, as he drove for teams that opted to start the race and park early for the purse money and then moved on to the next event.

That is a miserable experience for any competitive person, going to the race track primarily to qualify the car but not compete come Sunday. But it still allowed for a six-figure income, and it kept McDowell the driver relevant with track time.

McDowell parlayed that into a ride at Leavine Family Racing, a team with which he spent four years before being released in favor of Kasey Kahne. Then McDowell landed at Front Row Motorsports.

Those teams certainly don’t have the depth of the major NASCAR organizations (LFR shut down after last season), and McDowell seemed destined to be one of those drivers good enough to stick around but never win a Cup race.

All that changed early Monday morning, when the 36-year-old captured the Daytona 500 in his 358th start.

"As weird as it sounds, while I was doing it, I sort of knew that this was the reason why – not the Daytona 500, but that I would eventually get an opportunity, and you just never know if that works out," McDowell said.

McDowell wouldn’t say that winning the Daytona 500 made all those awful days worth it. He already thought they were worth it, as he has continued driving, now for teams that do compete for the best finish possible.

"Even before that, when I got the opportunity with Bob and Sharon Leavine, it made it worth it," McDowell said. "Because I was around and I was making races, and that's what allowed me to have that opportunity in that car because at the time, they had to make the races."

The experience also makes McDowell valuable for a team such as Front Row, which now has three victories in 17 seasons.

As a small team with little depth, McDowell never gets a long-term contract, instead sweating things out in October and November before hearing whether he will return to the organization.

"He’s probably in better shape for next year now than he's ever been," Front Row GM Jerry Freeze quipped.

Freeze keeps McDowell because the sponsors like him, and he can give good feedback on the cars. Plus, anyone who has start-and-parked for years probably isn’t going to be as concerned about not having the latest and greatest every week or every optional part and piece.

McDowell is a grinder, and it finally paid off.

"It's not been an easy road, and there was lots of years where I was wondering what the heck am I doing and why am I doing it," McDowell said.

"I always knew that if you just kept grinding, that one day everything will line up, and it will go right. But as you get further into it, you just don't know."

McDowell’s wife would tell him that he probably wasn't going to win races. And still, McDowell would be defiant.

Speaking of getting to the race track, McDowell does it differently than most drivers. He drives his own motorhome any time he can. That has meant during the pandemic, he has to get to the track hours or even a day earlier than other drivers to park the motorhome.

"But now that I have, I don't know if I will. It's so expensive. But we'll see what happens."

That’s McDowell, humbly cracking jokes and acknowledging that he still will be known for a wild flip several years ago at Texas Motor Speedway.

"I made the move to Front Row Motorsports because of Michael McDowell and because of [team owner] Bob Jenkins," Blickensderfer said. "I saw what they wanted to build, and I wanted to be part of that.

"We are getting better. We are one of the NASCAR teams that's getting bigger and better every year. We're not trying to downsize, and we're not cutting corners, and we're trying to get better, and it might be a small step, and it might not be obvious, but that's why I wanted to come over here."

The Daytona 500 win wasn’t a small step. It was a big one. But it won’t go to McDowell’s head — partly because that’s not who he is.

"Even when I was start-and-parking, I was like, ‘Man, one day I'm going to get a shot at it, and I'll be able to do it because of all this that I've put into it,’" McDowell said. "I never lost hope of that."

McDowell, who has four kids, got to FaceTime with them after the victory. As of mid-morning Monday, he had not slept. In maybe an appropriate way considering his career, there was no wild celebration because of the pandemic.

Not that McDowell would have had plans for a major throw down anyway.

"You know I’m wild, right?" McDowell said with a laugh. "For me, the celebration is just enjoying the moment with your team and for me with my family. The conversation I had with [team owner] Bob Jenkins this morning — that’s what it’s all about.

"Hopefully we’ll be able to embrace this moment."

McDowell received a ring, a watch and a jacket.

"I’ll be very thankful to get home and see my family and my kids and show them the trophy … and all the cool stuff that comes with being a Daytona 500 champion," McDowell said. "I think that’s when it will become more real.

"Not that it’s not real now, but the emotion will set in when I see my family."

Brad Keselowski hit the rear of Joey Logano's car at the end of the Daytona 500, sending them both wrecking and leaving Team Penske without the trophy.

And that’s a good thing.

Why? Because there are just too many times that fans see teammates play nice. Fans deserve to see their favorite drivers not give teammates a break they wouldn’t give to another driver. Especially when it comes to the final lap. And certainly for the Daytona 500.

Who’s to blame? It appeared Logano was a little late getting in front of Keselowski, who had gotten a strong push from McDowell. But when the Daytona 500 is on the line, there isn’t a whole lot of out of bounds if you have a shot to make the move.

"How crazy is that?" – Michael McDowell on his Daytona 500 victory