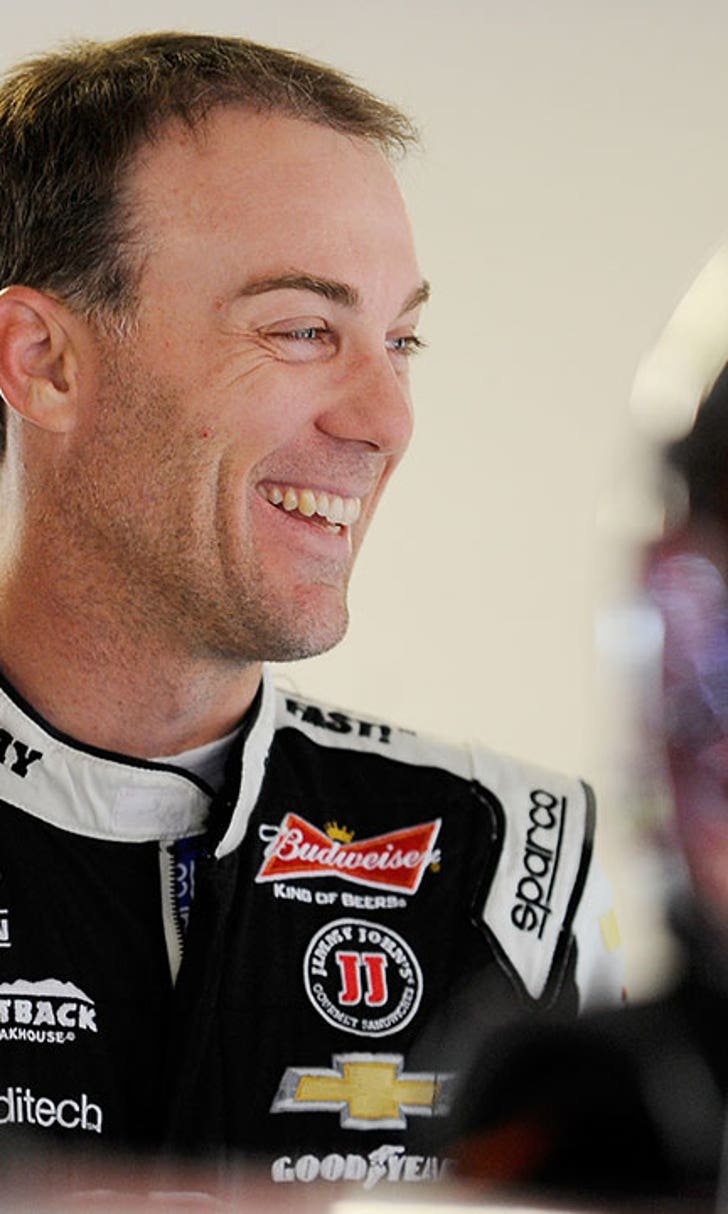 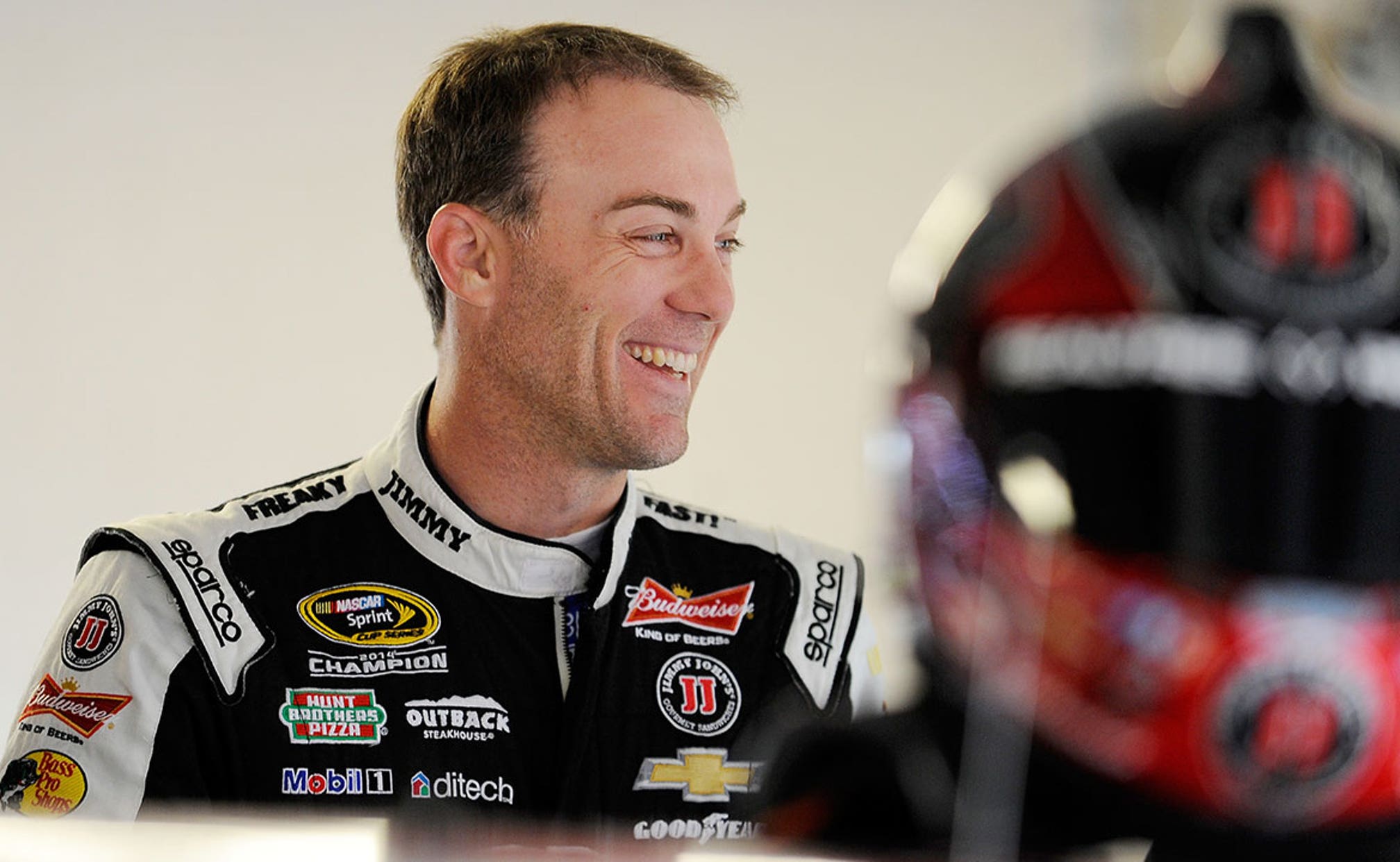 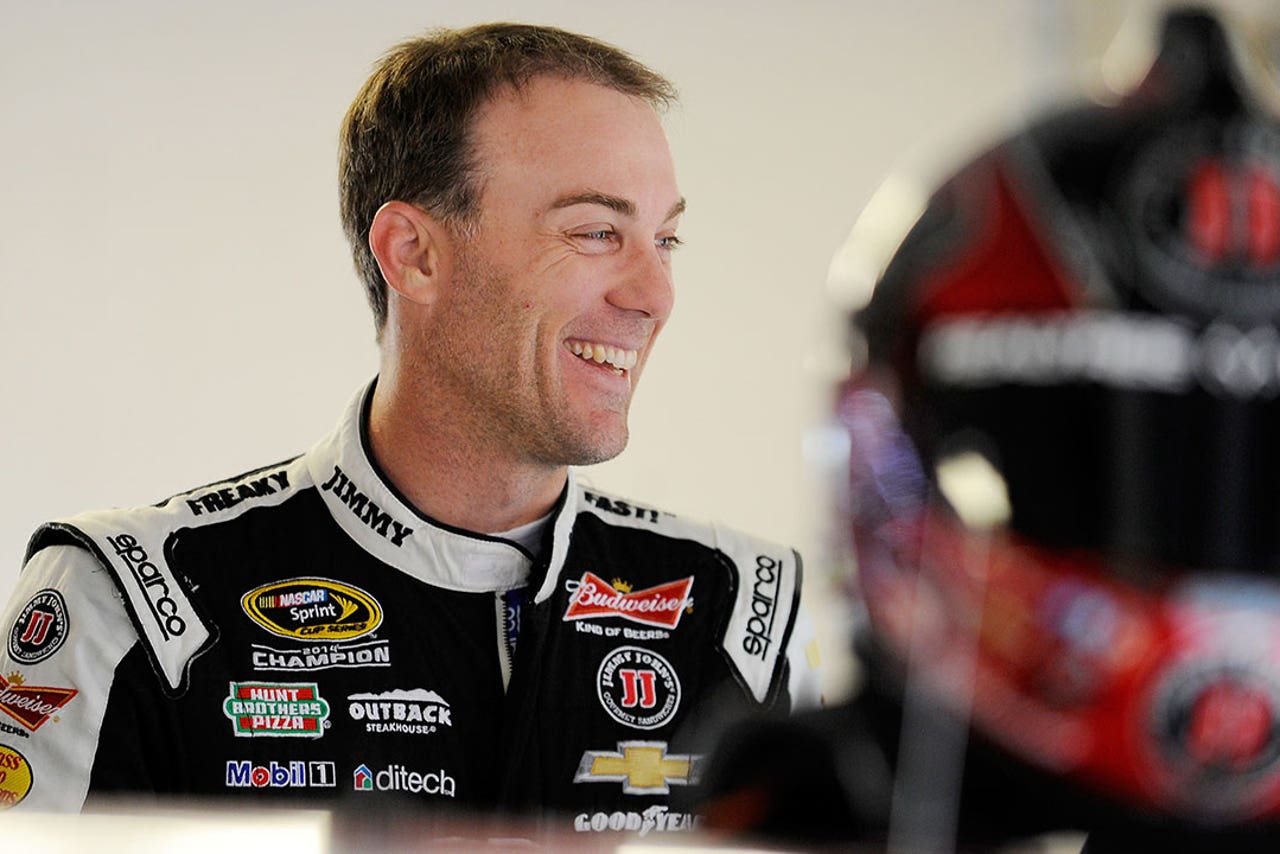 Despite threatening skies at Kansas Speedway, NASCAR was able to get in the opening round of practice for Saturday night's SpongeBob SquarePansts 400 Sprint Cup Series race. And at the end of the 85-minute session, there was a familiar name atop the speed chart.

Kevin Harvick, the reigning 2014 Sprint Cup champion, paced the field with a best lap of 190.772 miles per hour in his No. 4 Stewart-Haas Racing Chevrolet.

Carl Edwards of Joe Gibbs Racing started off the session in qualifying trim, the only driver to do so.  Edwards put up the fast speed of the session early on, running 190.268 mph. His speed held up for much of the session -- he was 0.6 seconds faster than anyone for the first half of practice -- but at the end he had to settle for third.

Tony Stewart, who has struggled most of the year, was fourth in a second SHR entry, followed by last weekend's winner at Talladega, Dale Earnhardt Jr.

Take a look at the full practice results and the best 10 consecutive-lap average: 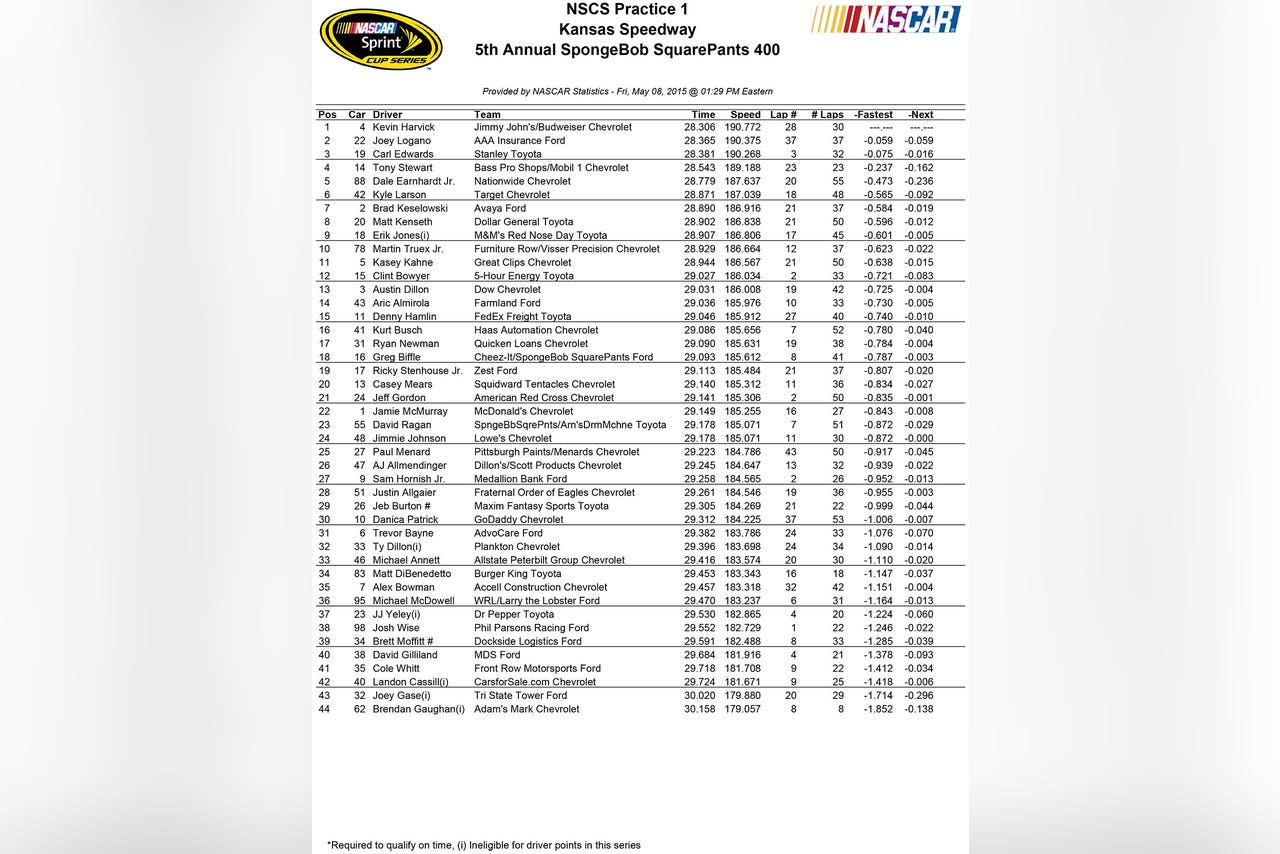 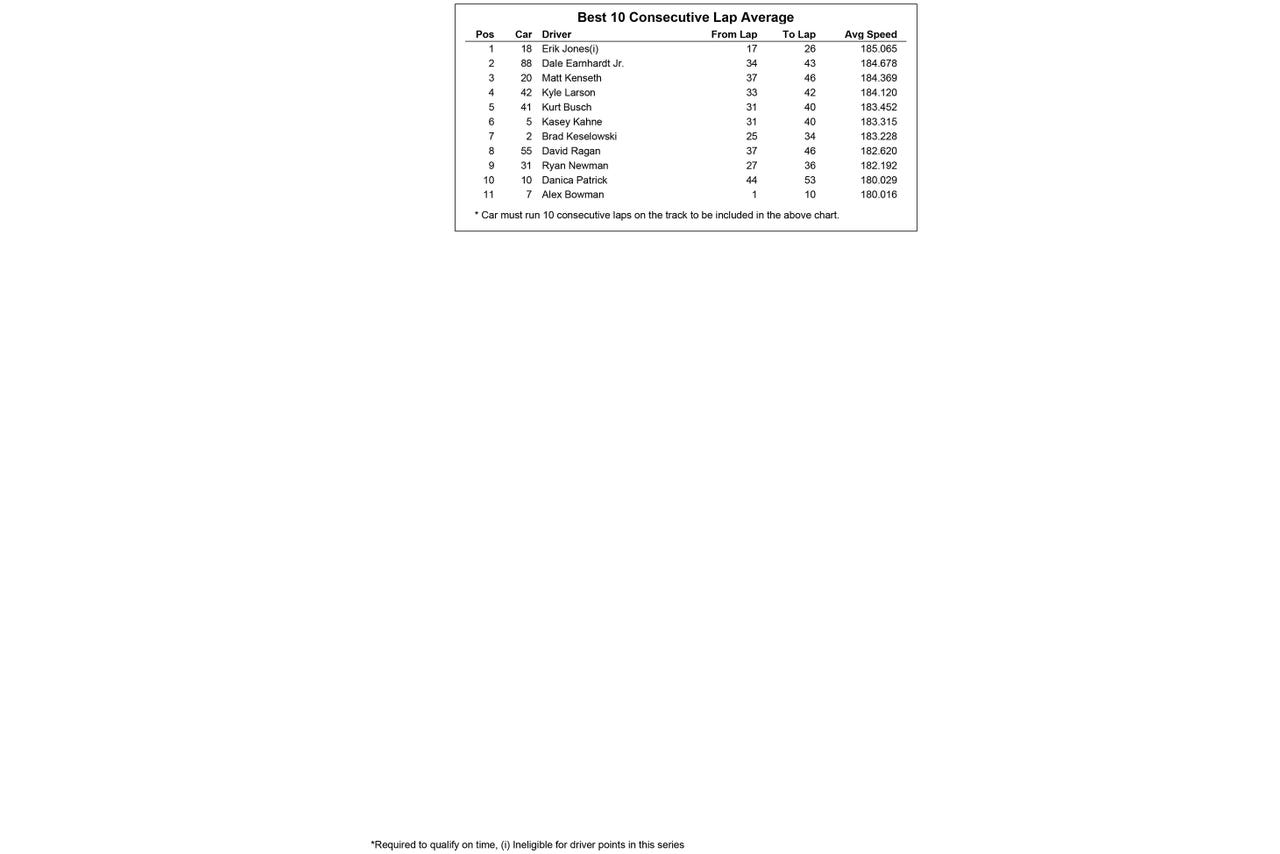