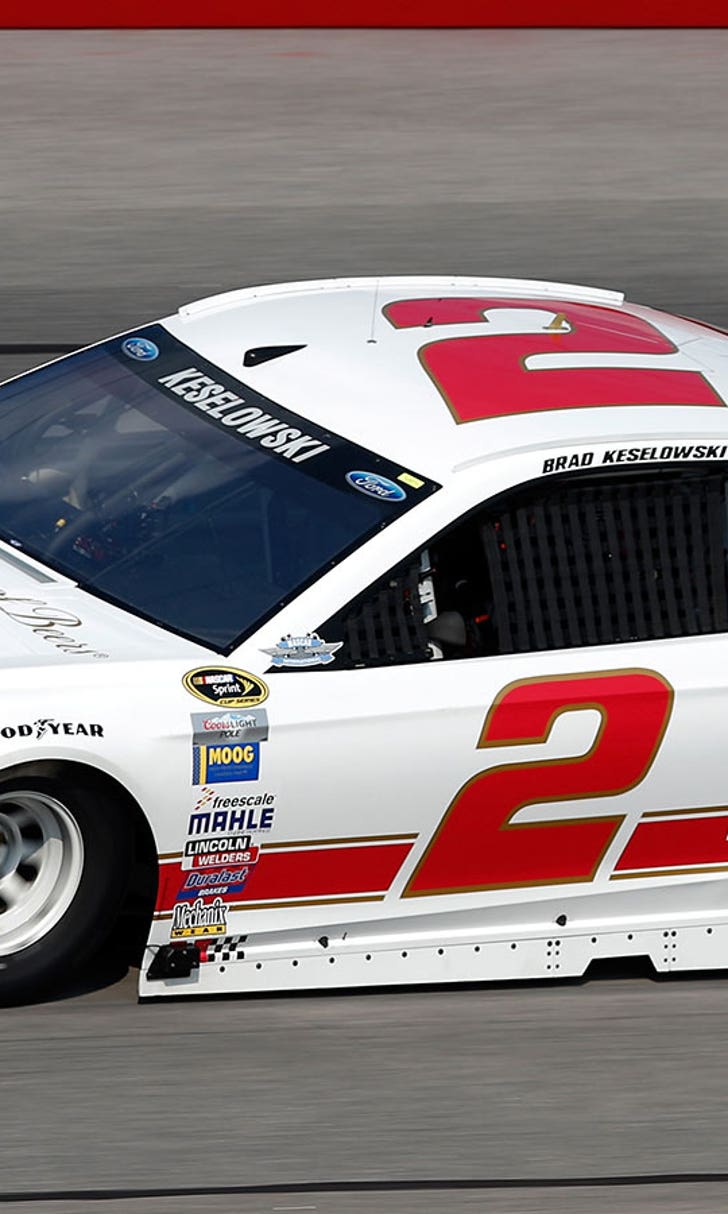 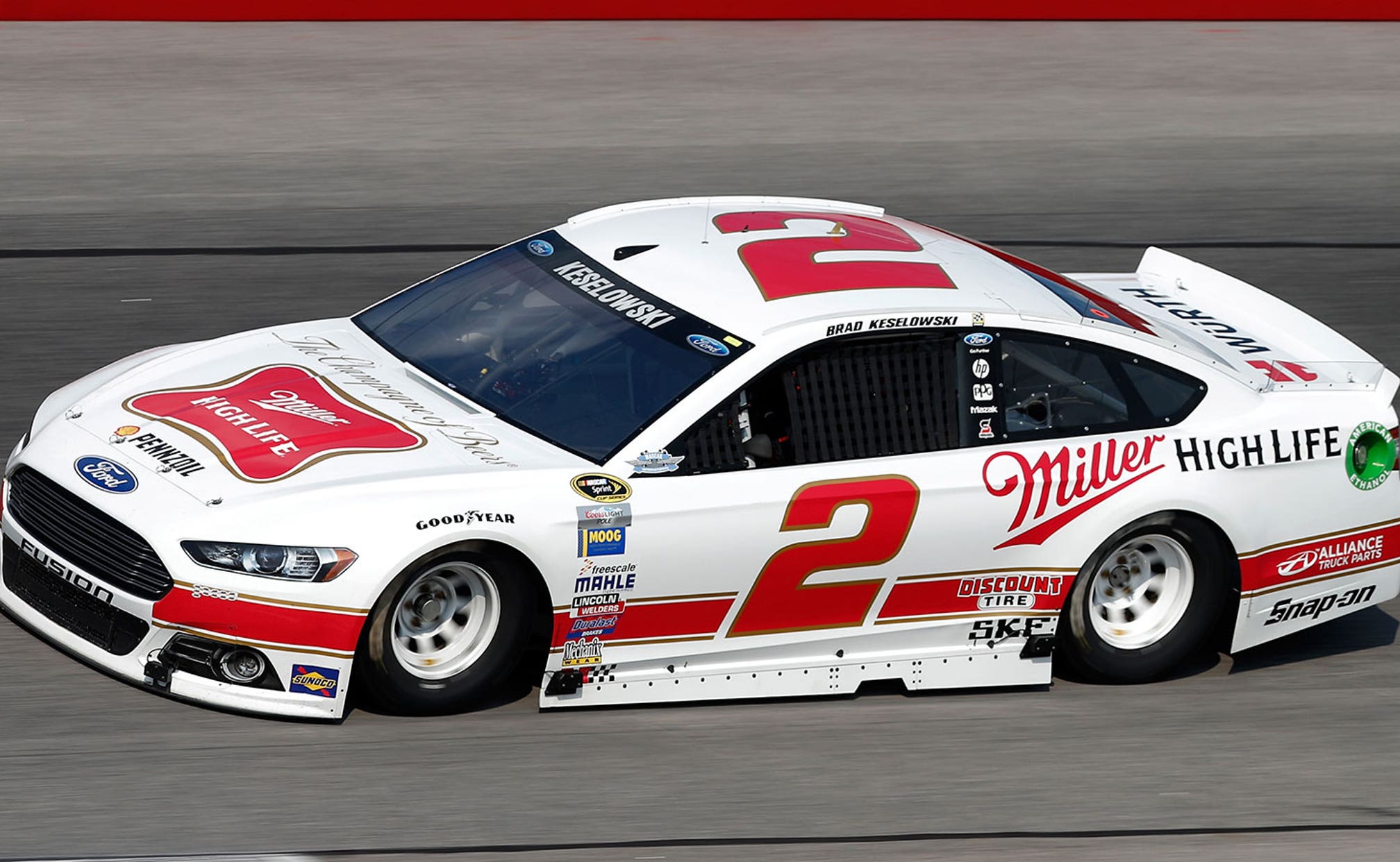 Team Penske's Brad Keselowski will take the iconic Miller High Life colors made famous by NASCAR Hall of Fame member Bobby Allison to the front of the field early, starting Sunday's Southern 500 at Darlington Raceway from the pole.

Keselowski was the first car to post a lap in the final round of qualifying, laying down a lap of 178.874 miles per hour. The lap was fast enough in the end to earn his first pole of the 2015 season.

The pole carried extra special meaning for the 2012 Sprint Cup Series champion because it came at one of the sport's most challenging and iconic tracks on the NASCAR circuit.

"This is probably the biggest pole I have ever had as far as what the track means. It is hard to explain that to people that maybe are outsiders of the sport," Keselowski said. "I have always thought of Darlington as being one of the elite tracks in NASCAR and I said that to someone just a minute ago. You look at Daytona, probably Bristol, Charlotte and Darlington as definitely in the top-five, maybe top-two or three to our sport and what it means.

"When I think of that, I think that any success you have on those tracks is just a 'whoa' moment," he said. "It is huge. So in that sense this is a great accomplishment to me personally and it means a lot."

Stewart-Haas Racing's Kurt Busch will start Sunday's race from the outside pole after posting a lap at 177.588 mph. Busch was also fastest in the opening round of Saturday's qualifying session.

Keselowski's Ford was also fastest in the second round with a lap at 179.200 mph, followed by Harvick, Logano, Kurt Busch and Gordon.

Greg Biffle posted the 24th-fastest qualifying lap in Round 2, but hit the wall and caused significant damage to the right side of the car.

"Well, that was definitely disappointing to get so loose there and hit the wall," Biffle said. "It stinks because our Ortho Ford Fusion has had good speed all weekend and we were really hopeful to qualify well and get a good starting position. The guys have been working hard all weekend though, so I have no doubt they will get us ready to race tomorrow night and it is a long 500 miles, so we will go to work and see what we can make out of it."

The elder Busch put his SHR Chevy atop the speed charts in the opening round with a lap at 179.501 mph. Stenhouse, Logano, Gordon and Kahne rounded out the top five.

With less than two minutes remaining in the opening session, Hamlin was able to put together a second run to jump from 25th to 15th, bumping Jimmie Johnson back inside the top 24.

Despite another qualifying run, Dale Earnhardt Jr. was unable to move into the top 24 and will start Sunday's race from the 26th spot. Also missing the cut in Round 1 were Clint Bowyer (28th), Austin Dillon (29th) and Danica Patrick (30th).

On her final qualifying run in the opening round, Patrick's car bobbled in the corner and caught the outside wall and putting a Darlington stripe along the side of her No. 10 Stewart-Haas Racing Chevrolet. Climbing from the car, Patrick had a tense exchange with crew chief Daniel Knost before walking back to the Sprint Cup garage.

The damage to the car was too severe, causing the Knost-led team to pull out the backup car. As a result, Patrick will start Sunday's race from the tail end of the field.

"The GoDaddy Chevy was just too loose in qualifying today and got into the wall on our third run, so we have to the backup car for the race," Patrick said. "It's definitely not the position we wanted to be in going into tomorrow, but it's a long race, so we'll just try our best to gain track position every chance we get."

Travis Kvapil, Timmy Hill and Josh Wise all failed to qualify for the race.