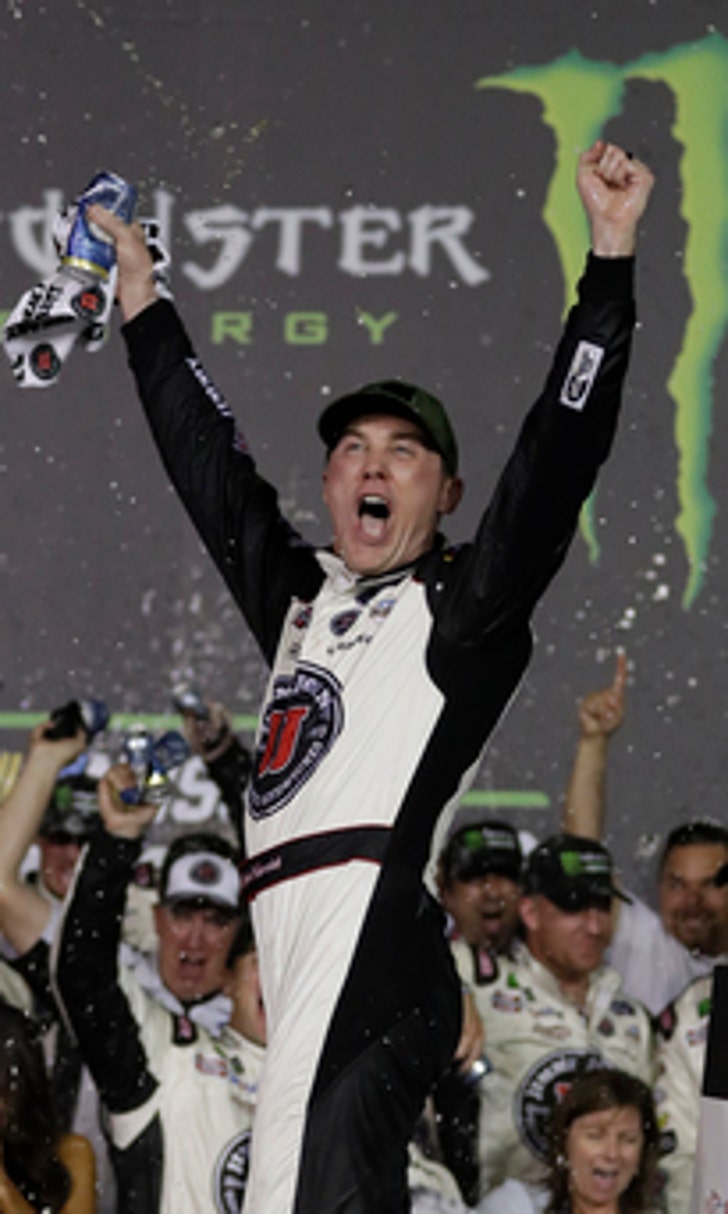 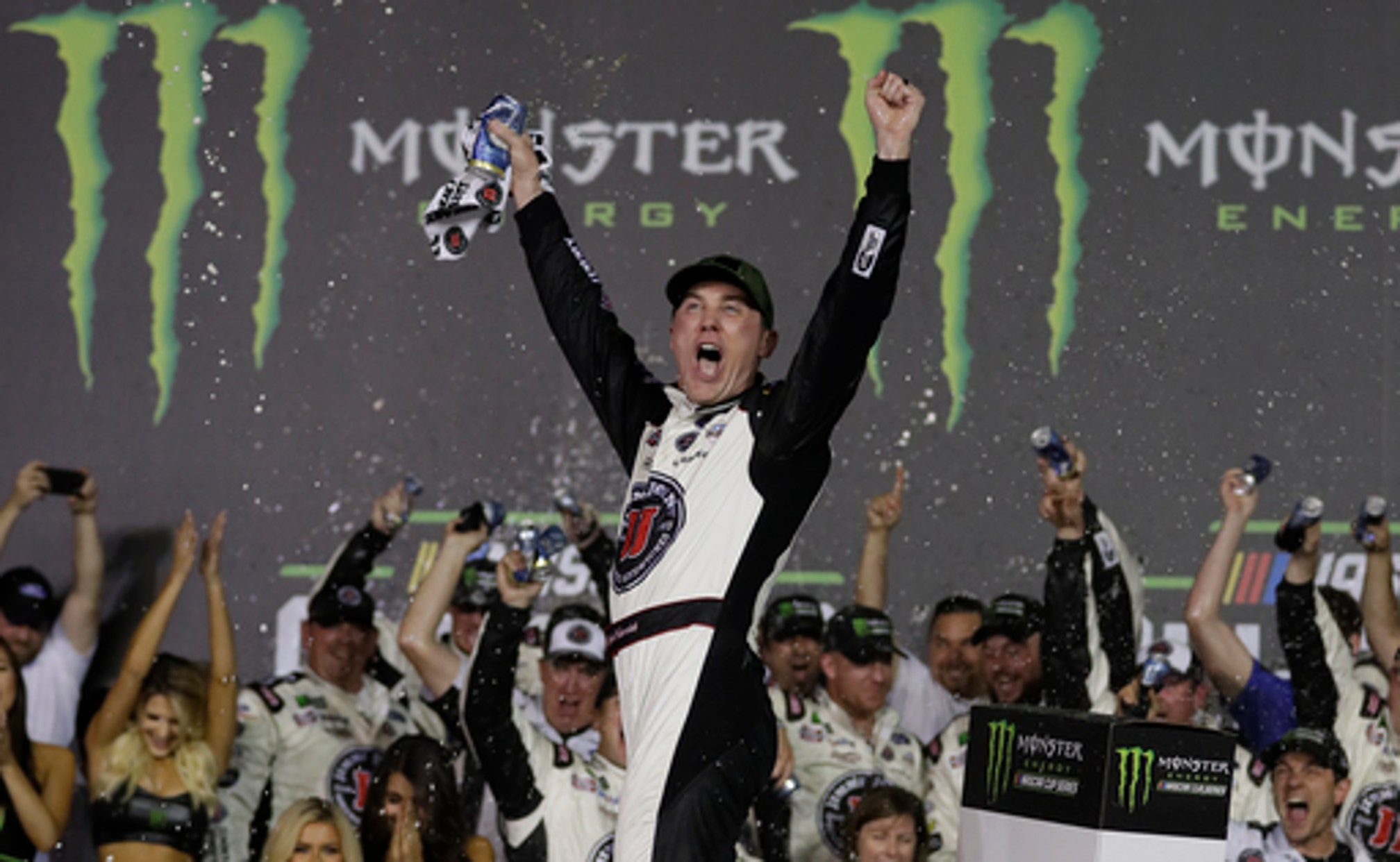 CONCORD, N.C. (AP) It's been 16 years since Mark Martin won the Coca-Cola 600, and a Ford driver has not been to victory lane for the marquee event since. A Ford driver hasn't hoisted a Cup championship trophy since 2004, either.

There have been some highlights during this past decade of mediocrity, but coming up empty every year in the chase for NASCAR's biggest prize got very tiring to the Ford group.

''Four years ago we got very serious about, `We don't just want to be here, we want to be here to win,''' said Mark Rushbrook, global director at Ford Motor Co. ''To do that, we knew we had to fix everything.''

Ford Performance was launched along with a technical center created as the headquarters for engineers to assist its teams across multiple series. Its first success came two years later when Ford returned to Le Mans on the 50th anniversary of its 1966 victory and won the GT class.

Gains have been made across all Ford's motorsports programs, and the company is currently the hottest manufacturer in NASCAR. Ford has won seven of the 12 Cup points races this season, its 2,296 laps led account for 59 percent and Ford drivers have 17 stage victories.

Kevin Harvick is the force behind that success with five Cup victories, including the last two. Add his Saturday night win in the $1 million All-Star race, and Harvick is on a three-race winning streak.

That bodes well for Ford in Sunday night's Coca-Cola 600, a race Ford drivers won four consecutive years from 1999-2002. The blue oval has not triumphed in NASCAR's longest race of the year since.

Harvick has five of the Ford seven wins this season, and Joey Logano and Clint Bowyer have also been to victory lane. Ford drivers hold seven of the top 10 spots in the Cup standings. Matt Kenseth, who drove a Ford to two Daytona 500 wins and the 2003 championship, returned to the manufacturer earlier this month to help Roush Fenway Racing catch Ford front-runners Stewart-Haas Racing and Team Penske.

Logano, winner at Talladega this year, noted Toyota was the dominating brand at this point last season. SHR, in its first year with Ford, wasn't a strong title contender and Penske drivers Logano and Brad Keselowski felt overmatched in their aged Fusions. Ford will move to the Mustang in an update in 2019, but tweaks to the rules package have helped Ford teams catch Toyota.

''Last year, the Toyotas were on fire and really good,'' Logano said. ''I think this year with some of the rules changes and really the way the rules have been regulated, enforced, it has brought it to more of an equal playing field.''

Kurt Busch was the last Ford driver to win a Cup title, in the 2004 launch of the playoff system, and it capped consecutive championships for the manufacturer. He believes the commitment from the company has always been the same, from Edsel Ford II on down, but the engineering support has dramatically improved.

''The Ford Performance group, I see it everywhere, with all their different forms of motorsport collaborating together,'' Busch said. ''Whereas Ford Racing before ... felt like it was more focused on the NASCAR program and didn't use information from IndyCar or Cosworth in Formula One or sports cars. What I see now is information channels that are able to communicate quickly and gather data from all different branches of motorsports that Ford is involved in.''

Ford Performance initially housed a simulator used exclusively by its NASCAR teams. IMSA and WEC programs began using it, and the simulator has graduated into use for both Ford Performance production cars and now mainstream Ford products. To prepare for Le Mans, the drivers from Chip Ganassi Racing drove thousands of miles of Le Mans simulation so that the track would not be foreign when the manufacturer made its ballyhooed return. Ford's sole intent was to celebrate its 50th anniversary victory by winning the race, and with just one test on the track before the 24-hour race, the Tech Center was critical in preparing the program.

Ford Performance began with seven engineers in 2013 and now has 45. They are busy preparing the Mustang for Cup introduction next year, and also the Mustang for the Supercars Series in Australia.

Rushbrook said Ford Performance is reminded often about its Cup championship drought, and believes the program has nine drivers capable of winning races and contending for the title. Harvick is having a season like Truex did last year in which the championship appears to be his and Ford's to lose, but the Ford program is strong across the board.

''We certainly don't want to be peaking too early,'' said Rushbrook, ''but we are definitely here to win races and championships.''