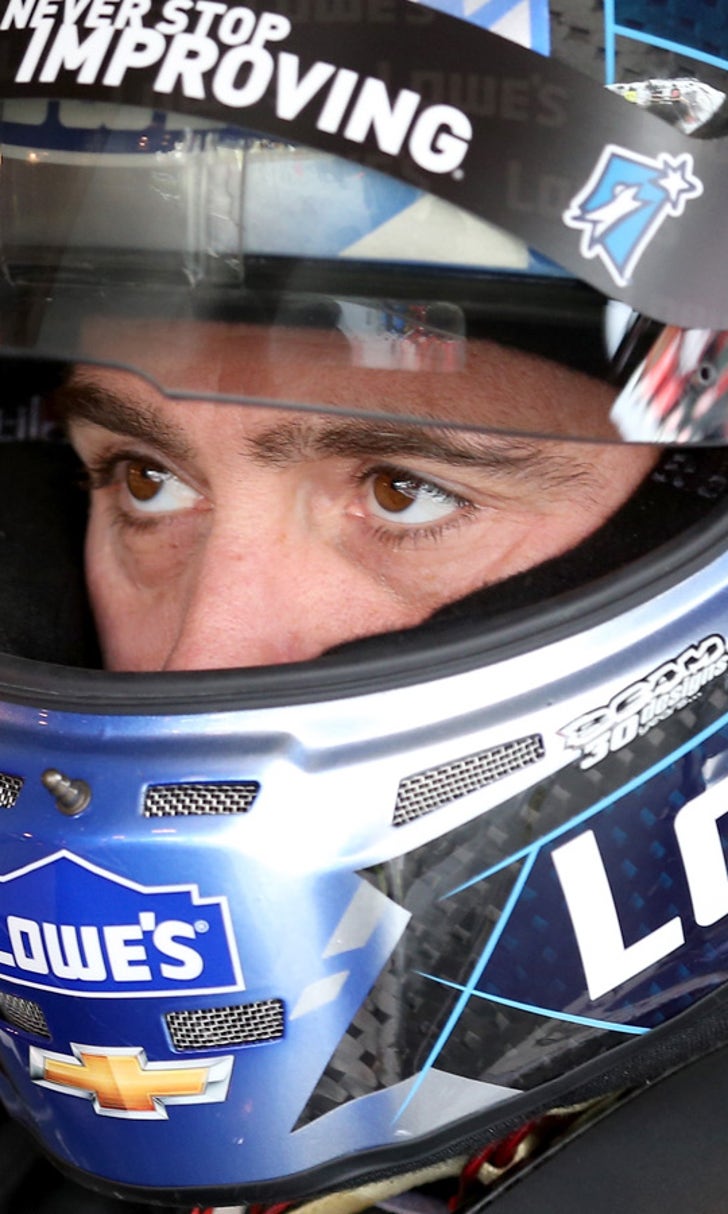 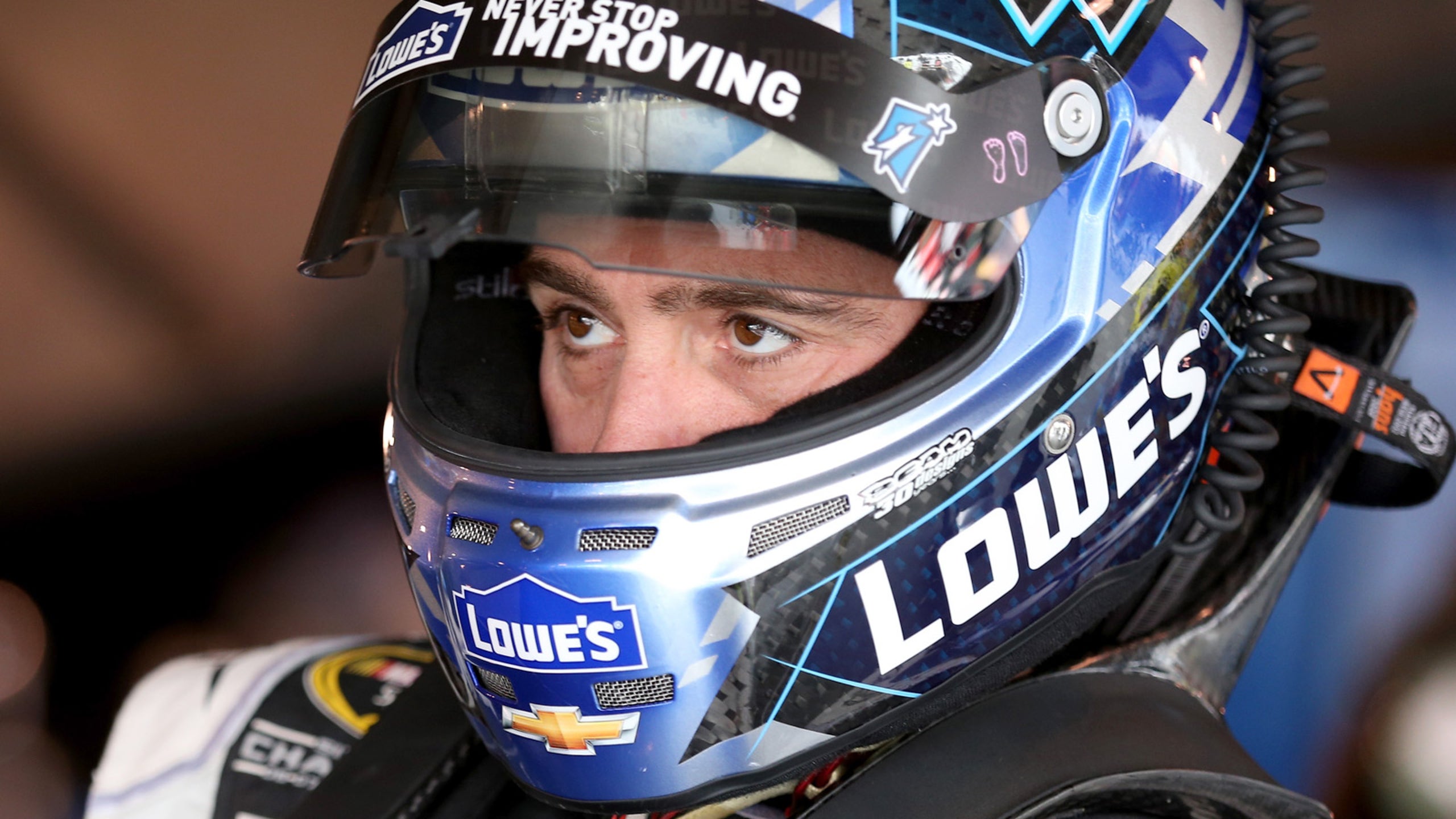 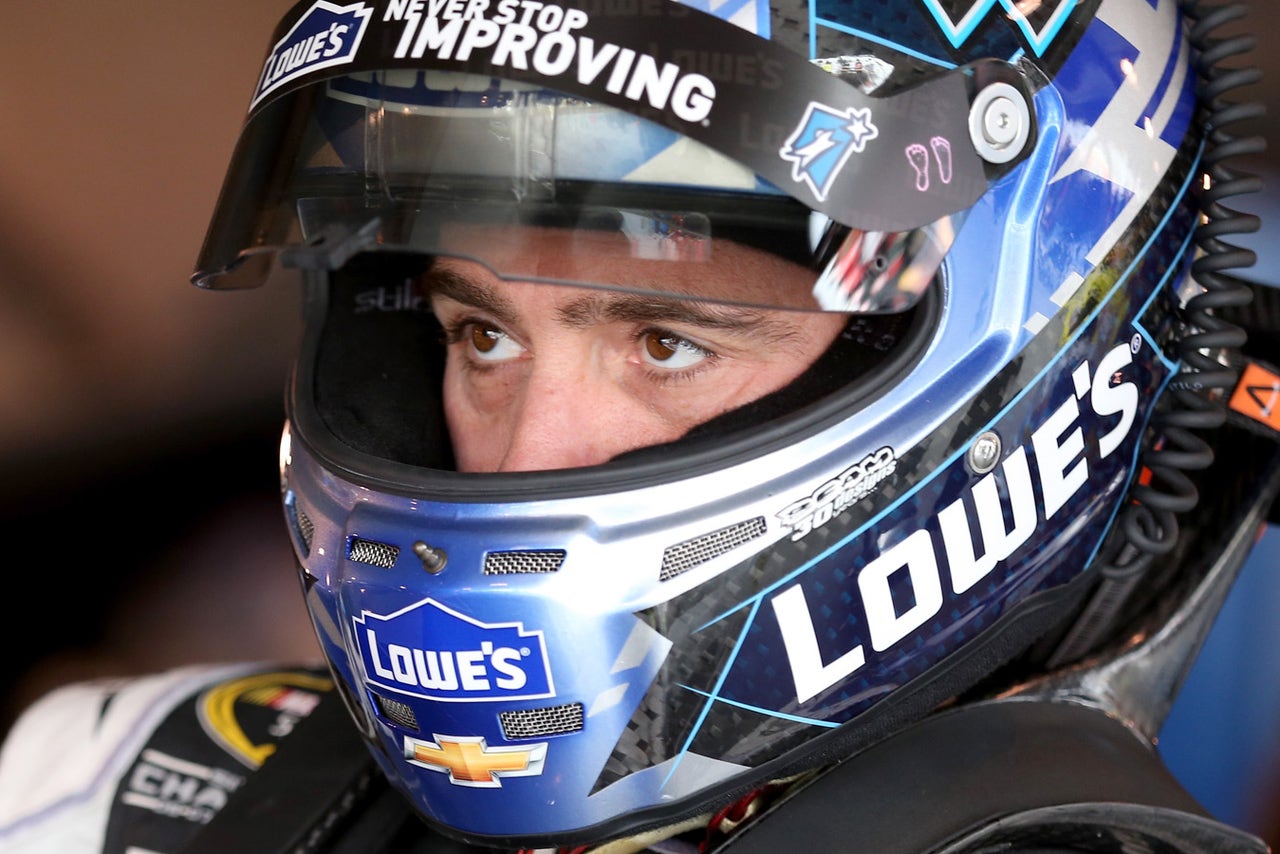 Johnson’s “drought," as it were, may be about to end, however.

Johnson, who was eliminated from the Chase for the NASCAR Sprint Cup in the first round, was the only driver among 42 to eclipse the 97-mph mark.

Three-time Sprint Cup Series champion Tony Stewart, who went to a backup car after wrecking his primary near the end of Saturday morning’s practice, was tied with Greg Biffle for 16th on the timesheet in "Happy Hour."

Check out the full results, along with the best 10-consecutive lap average, below: 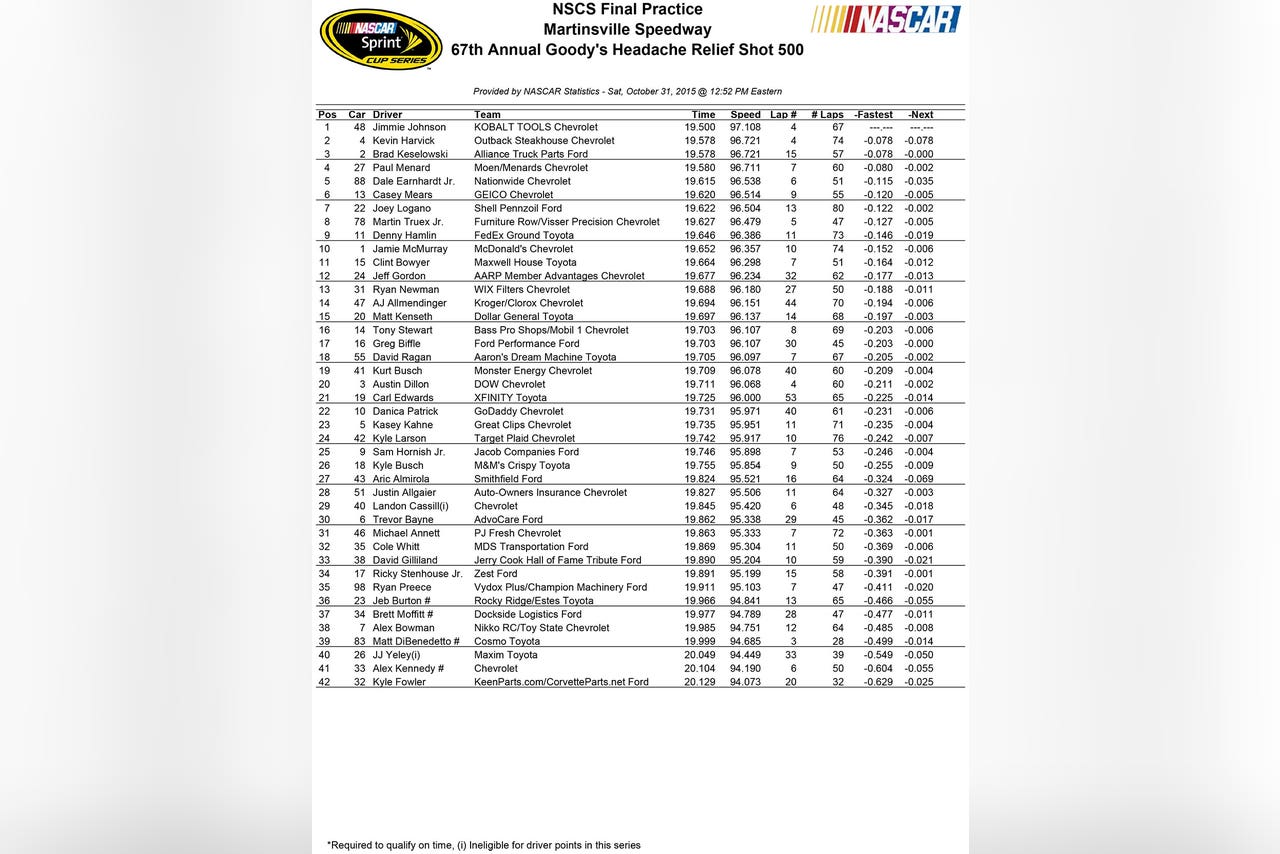 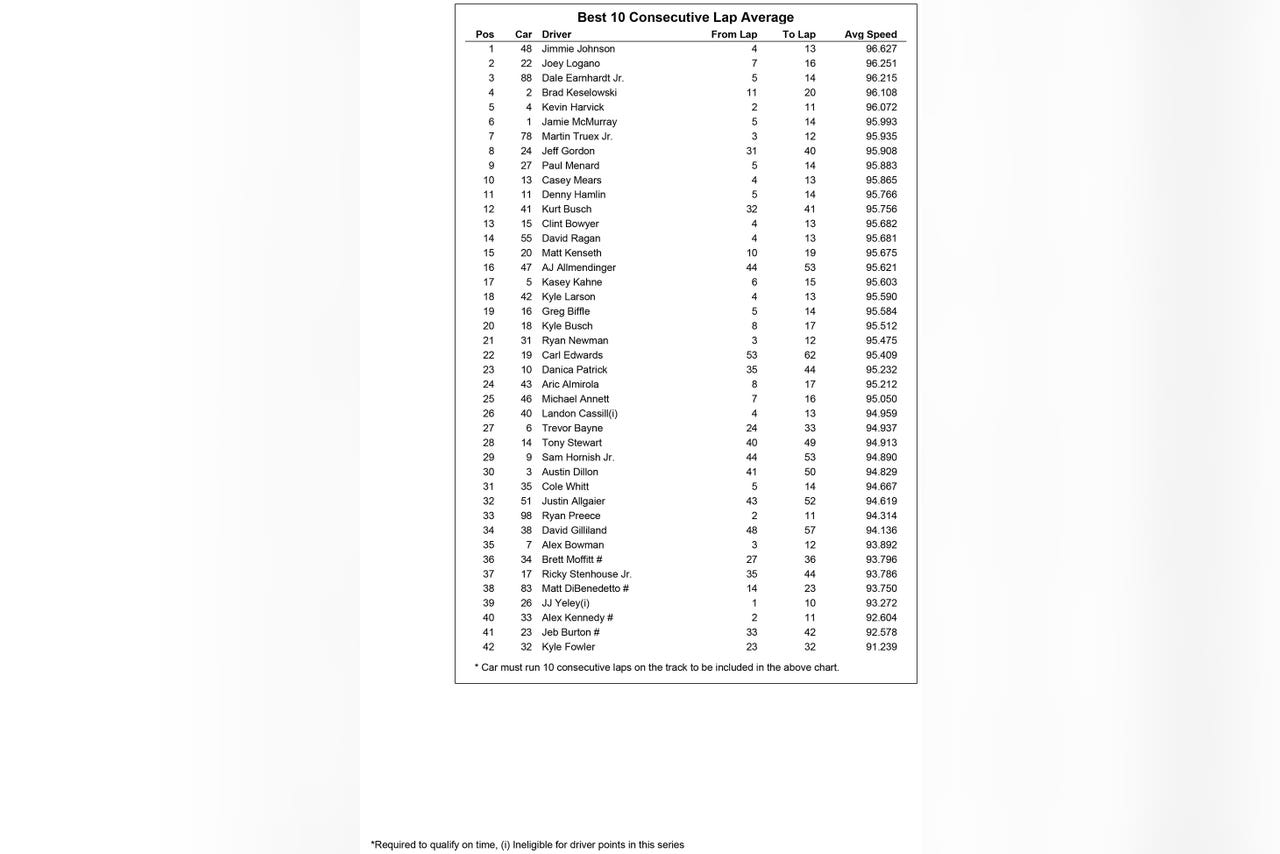