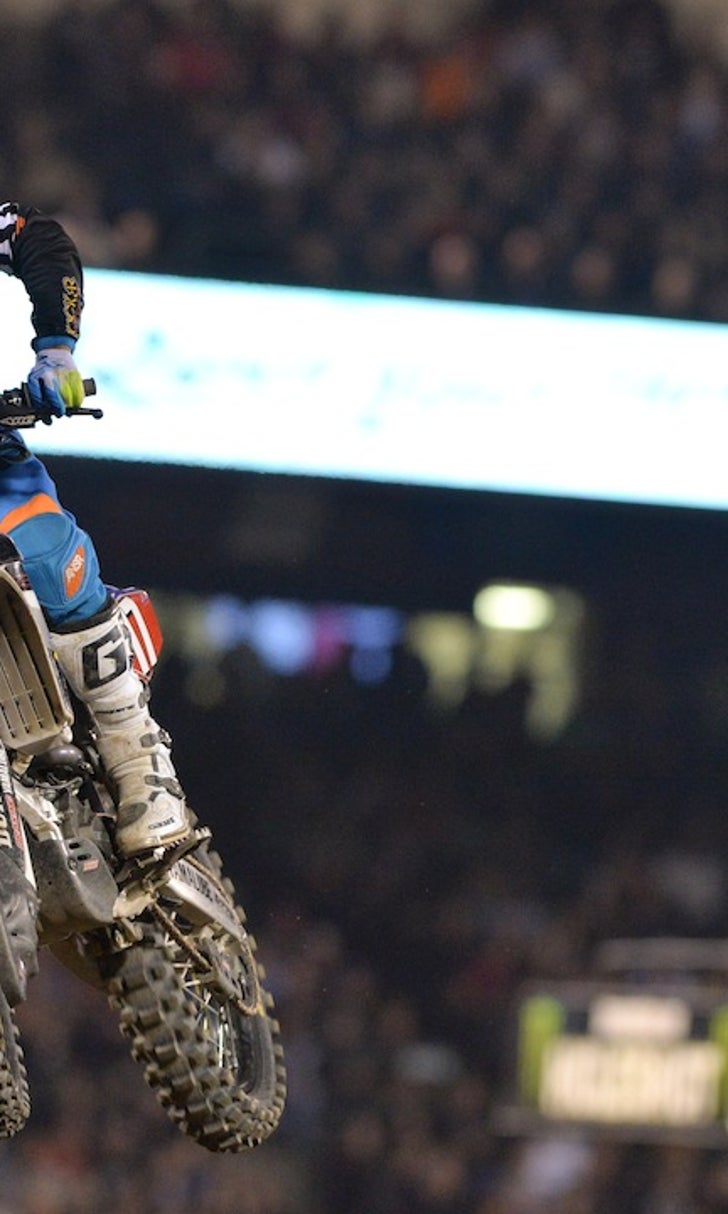 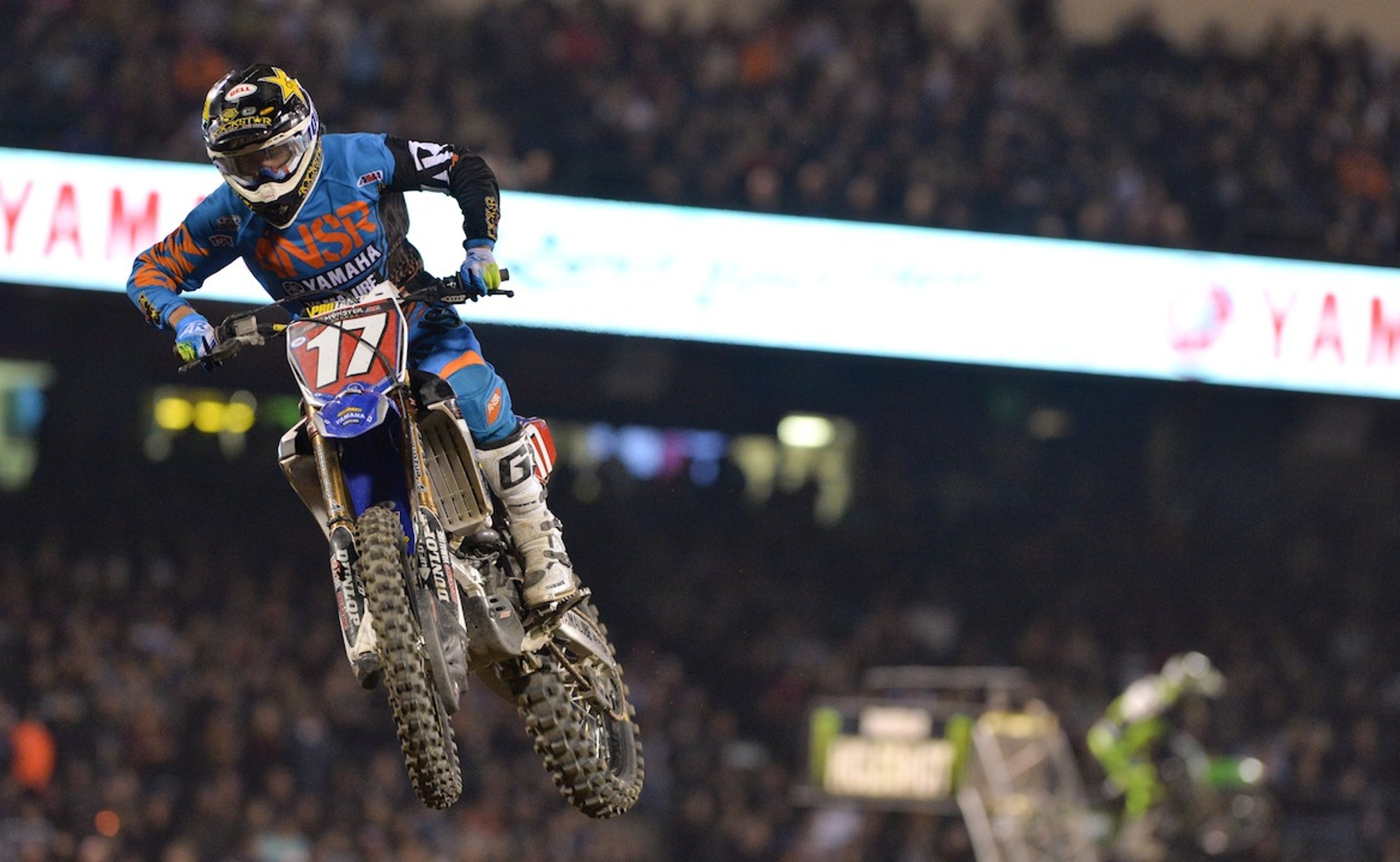 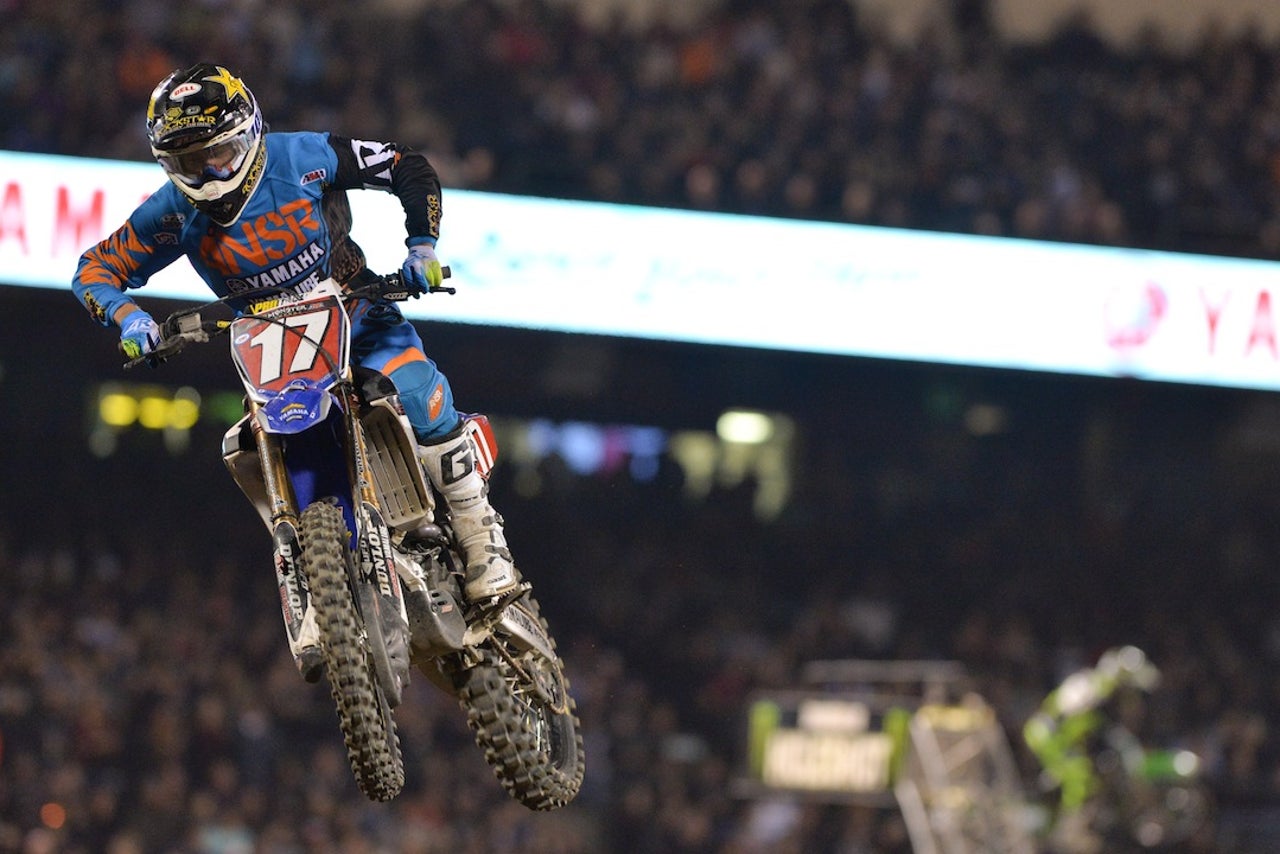 With the 450SX Class title decided weeks ago, the bulk of the hype surrounding Saturday's Monster Energy Supercross finale in Las Vegas was the annual 250SX Class East/West Shootout. With six wins apiece en route to their respective first career supercross titles, East Region Champion Marvin Musquin and West Region Champion Cooper Webb were set for what was hoped to be an epic one-time-only showdown of the division's most dominant riders.

Unfortunately, that anticipated one-on-one battle will not happen as Webb will miss the action with an ankle injury.

In what looked to be a simple slide out into one of the flattest corners on the track, Webb planted his foot in a way that caused it to twist. He was able to walk back to his bike, limping, and rode off, but he put no pressure on the foot while doing so. Yamalube/Star Racing Yamaha Team Manager Steve Lamson was able to confirm Webb will sit out as a precaution and undergo further evaluation next week in California.

Webb is not the only star rider in the 250SX Class to sit idle for tonight's shootout. An injury while mountain bike training this week left Jeremy Martin with a cut hand, while Justin Bogle was a late scratch as well, citing an added focus on the upcoming AMA Pro Motocross Championship.