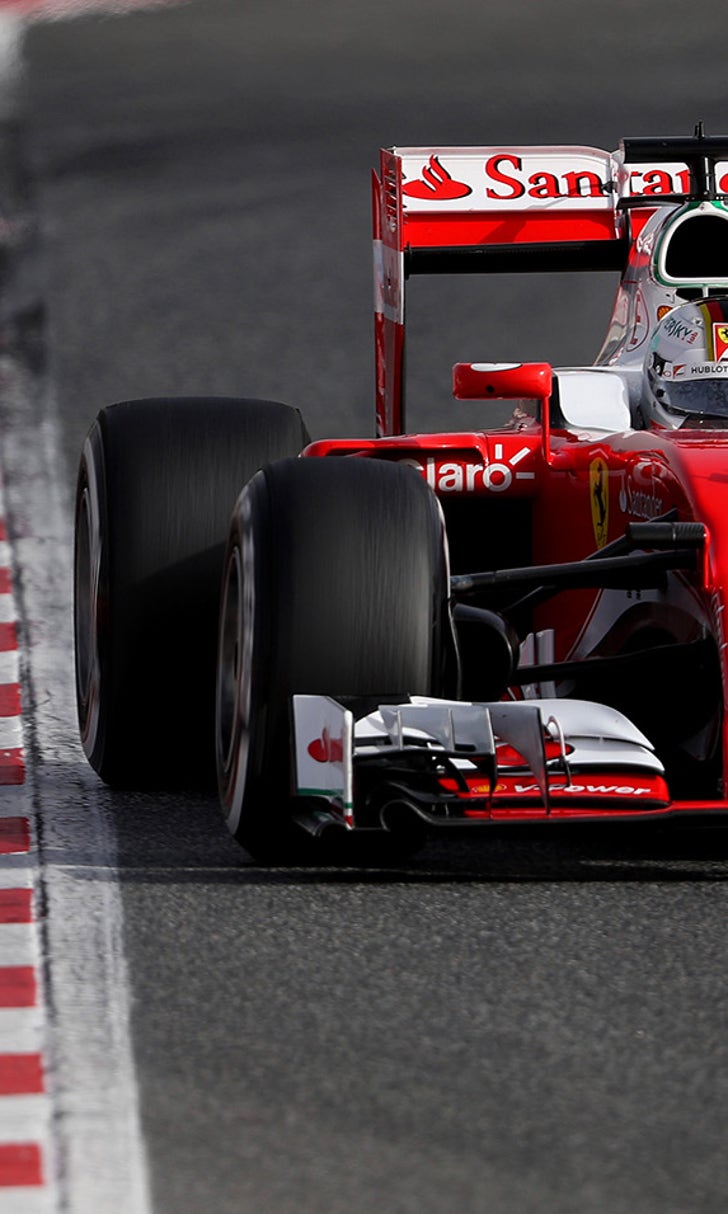 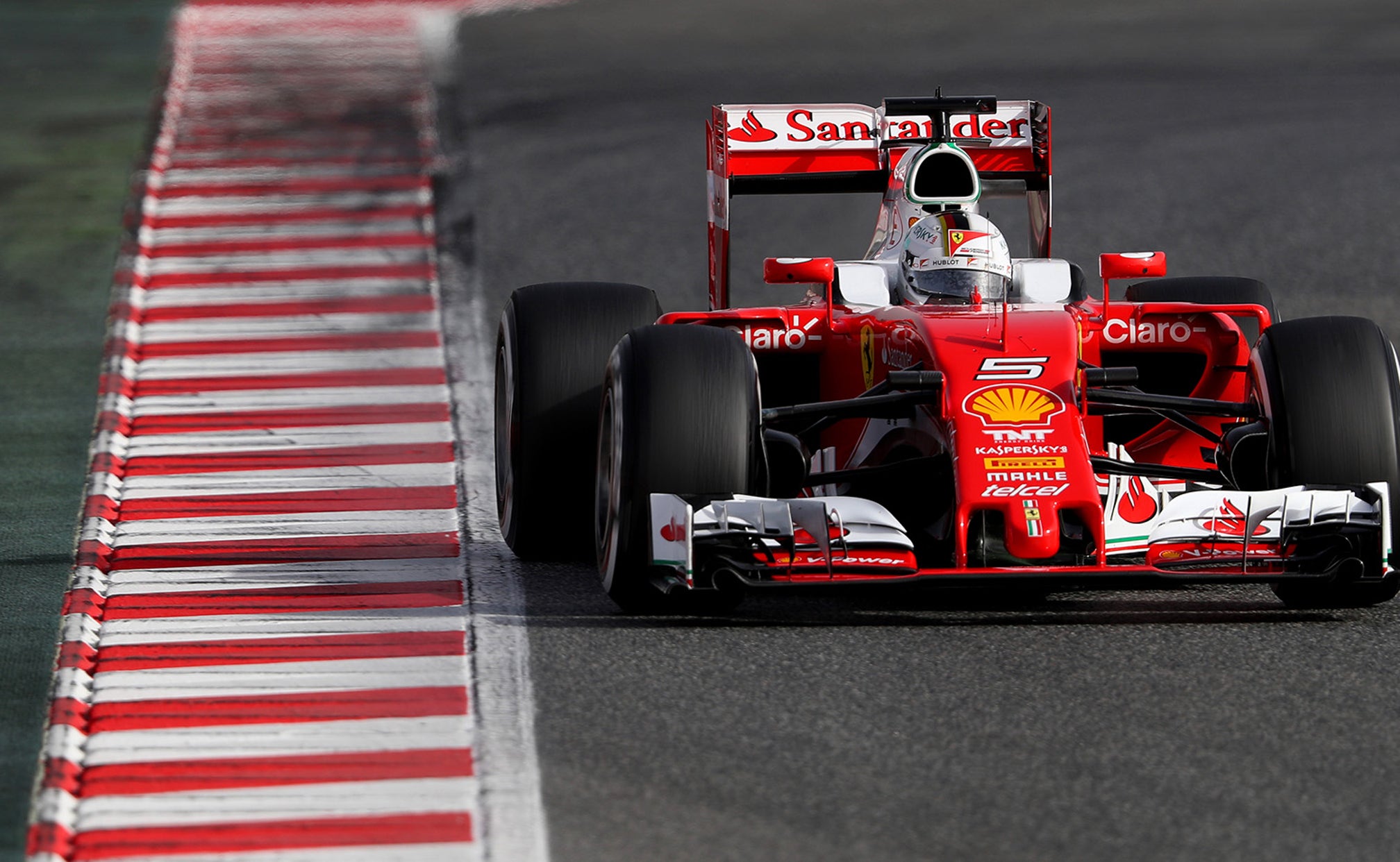 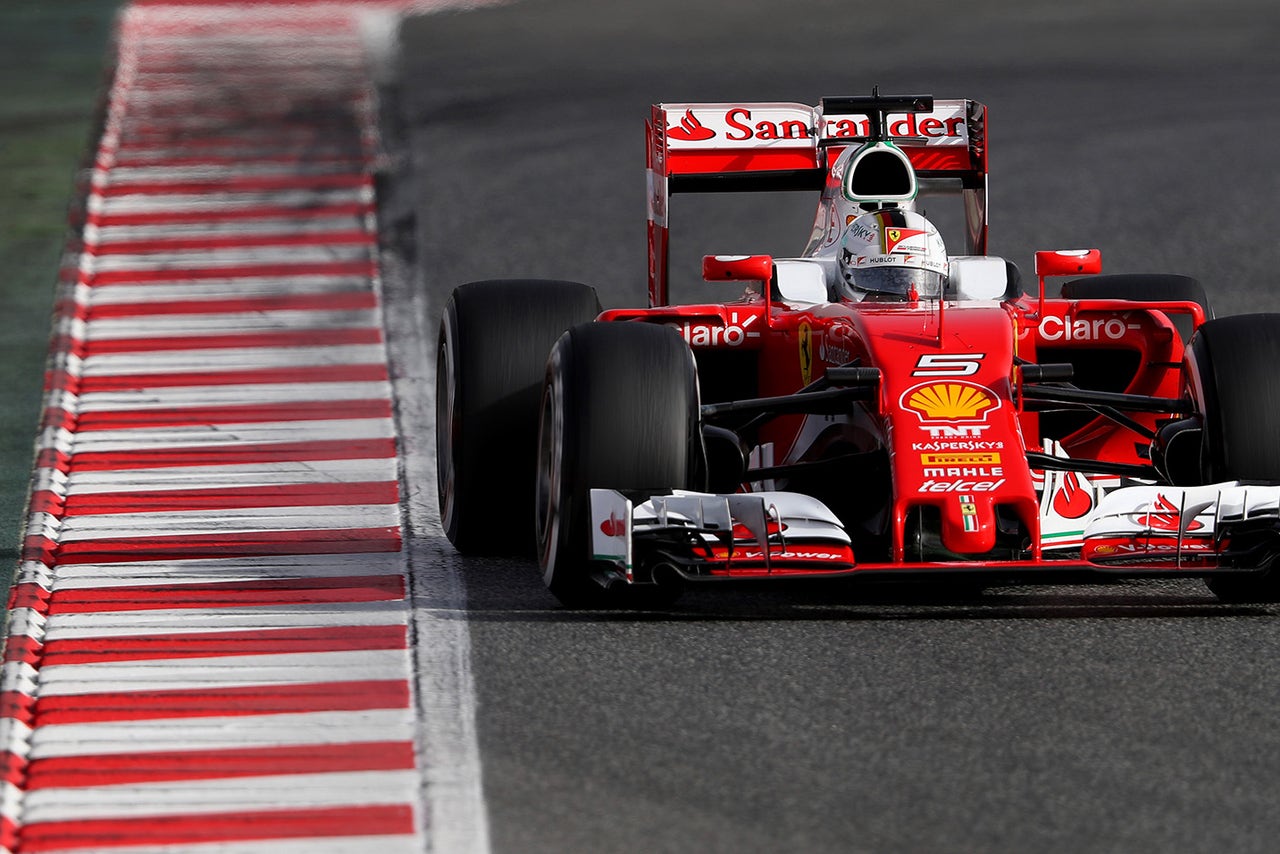 Sebastian Vettel and Ferrari proved fastest on the first day of 2016 F1 testing at a warm and sunny Barcelona on Monday.

With just two four-day sessions this year and the Australian GP less than a month away, Monday's running was made even more significant and, with 10 new cars in action, it was a busy day.

All the cars were driven by their regular race drivers with the exception of the Force India, which was handled by Mexican development driver Alfonso Celis, while the only team not to run its new car was Sauber, which stuck with its 2015 model.

Only four of the new cars had been on track before the test, with Mercedes, Ferrari, Williams and Haas having all completed brief mileage on private filming days. Five cars, namely the Red Bull, Renault, Force India, Toro Rosso and MRT (i.e. Manor), had not even been seen online in picture form before the first day of testing.

Unusually it was a largely uneventful day, with most teams showing good reliability. The only real drama occurred in the morning session, when Romain Grosjean's Haas suffered a front wing mounting failure at the end of the pit straight, and the wing fell off. The car did run again later in the day, and it will have beefed up mountings on Friday.

Lewis Hamilton was fast out of the box for Mercedes, and the new W07 ran a remarkable 156 laps on a day when no other car passed the 100 mark. However, in the end he was beaten to fastest time by Vettel, as Ferrari laid down a marker for the season ahead. The German completed a more modest 69 laps for the Italian team.

“It was the first proper day and it was good to get some laps and a first feel for the car,” said Vettel.  “The first impression was very positive. Obviously from the outside I think you've seen the car, but there's a lot of changes also on the inside. I think a lot of the stuff that was limiting us last year, I think it gives is a little more possibilities this year. It's better to be first in one month's time, that's more important than today! We're fairly happy with the car, the way it felt, so that was good. We did some laps, ideally I'd like to do some more.”

"The car is very similar to last year's," said Hamilton. "Which is a good thing, as it gives us a great foundation to work from. The key is to get as much mileage as possible in the short time we now have for testing and we've made a fantastic start. The team has done an incredible job to get the car running the way it has - completing so many laps with no real problems. That's seriously impressive on the first day, so fingers crossed it continues. The tires feel a little different and we'll work to understand them better in the coming days."

“I think we had a few niggles but we still managed almost 90 laps," said Ricciardo. "It was a day for testing reliability: for me, seeing how fit I am after a long off-season, and for the team seeing how the car is – where it’s reliable and where not. It was important to get in some good 15-lap runs to make sure the car is not doing anything silly and we did that. Once we have that then we can find the pace, but reliability is the first thing you want.

“The car feels familiar, it doesn’t feel strange and that’s positive. I think last year we ended the season quite well, the car was good, and this feels similar. First impressions are positive but it’s still too early to say much more."