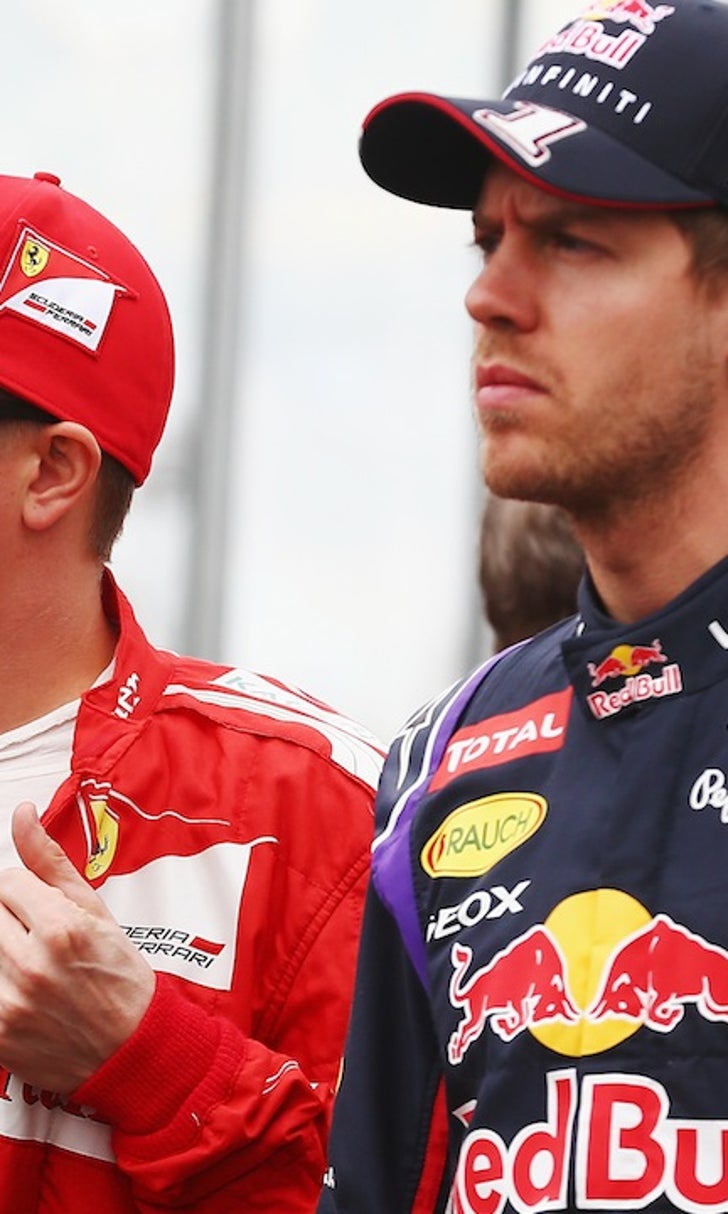 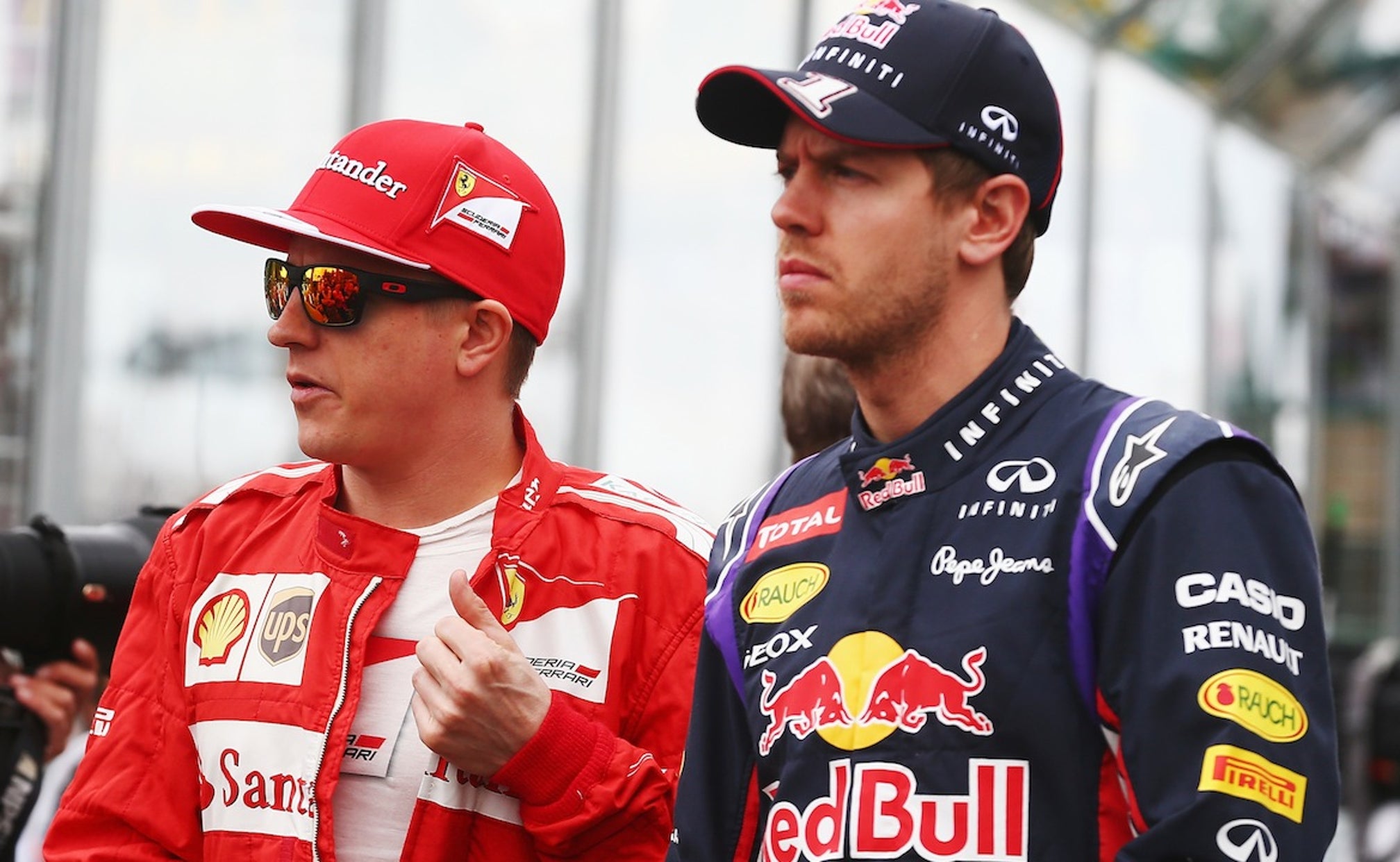 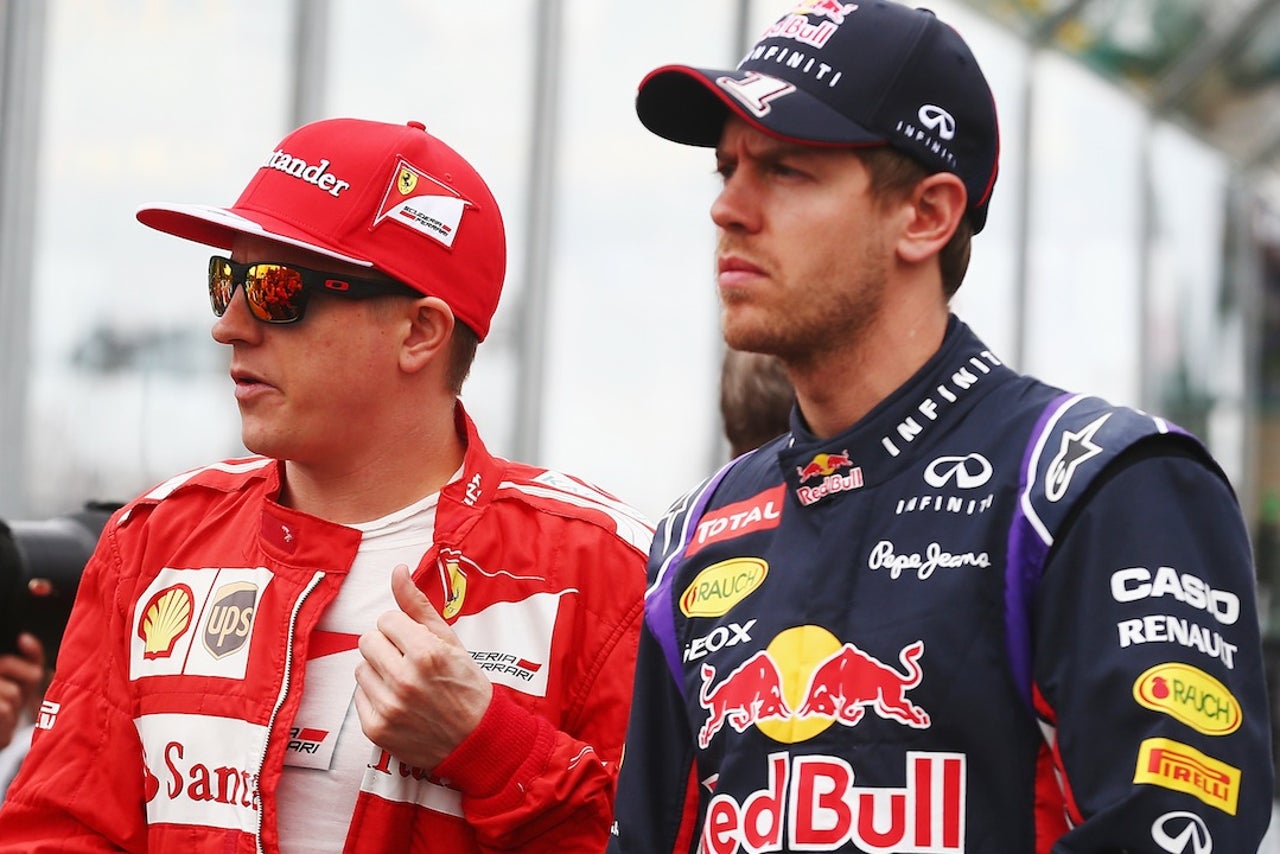 Sebastian Vettel has apparently grown tired of the extended wait to officially announce his switch to Ferrari.

The outgoing Formula One World Champion has already confirmed his exit from Red Bull, but his move to Ferrari - although an open secret in the paddock - is still awaiting the outcome of Fernando Alonso's contractual impasse.

But Vettel let the cat out of the bag last weekend in Brazil while filling out a fun questionnaire for Italian broadcaster Sky.

Asked the question "Sebastian Vettel is", the 27-year-old German completed the sentence with the hand-written answer: "A driver for Scuderia Ferrari".

Now, speaking to a German Sunday newspaper, Vettel has openly talked about the apparent fact that existing Ferrari driver Kimi Raikkonen will be his teammate in 2015.

The Finn is known as the "Iceman" who can be uncommunicative with his teammates and colleagues, but Raikkonen and Vettel actually get along well, regularly meeting to socialize or play badminton.

"I see myself getting along with Kimi just fine," Vettel told Bild am Sonntag.

"He is always straight and direct, so on the human side I expect absolutely no problems in the future."

Vettel had a well-documented, tense relationship with former Red Bull teammate Mark Webber, but the four-time champion is expecting none of the same issues in 2015.

"He (Raikkonen) has - thank god - zero interest in the politics within a team," he insisted.