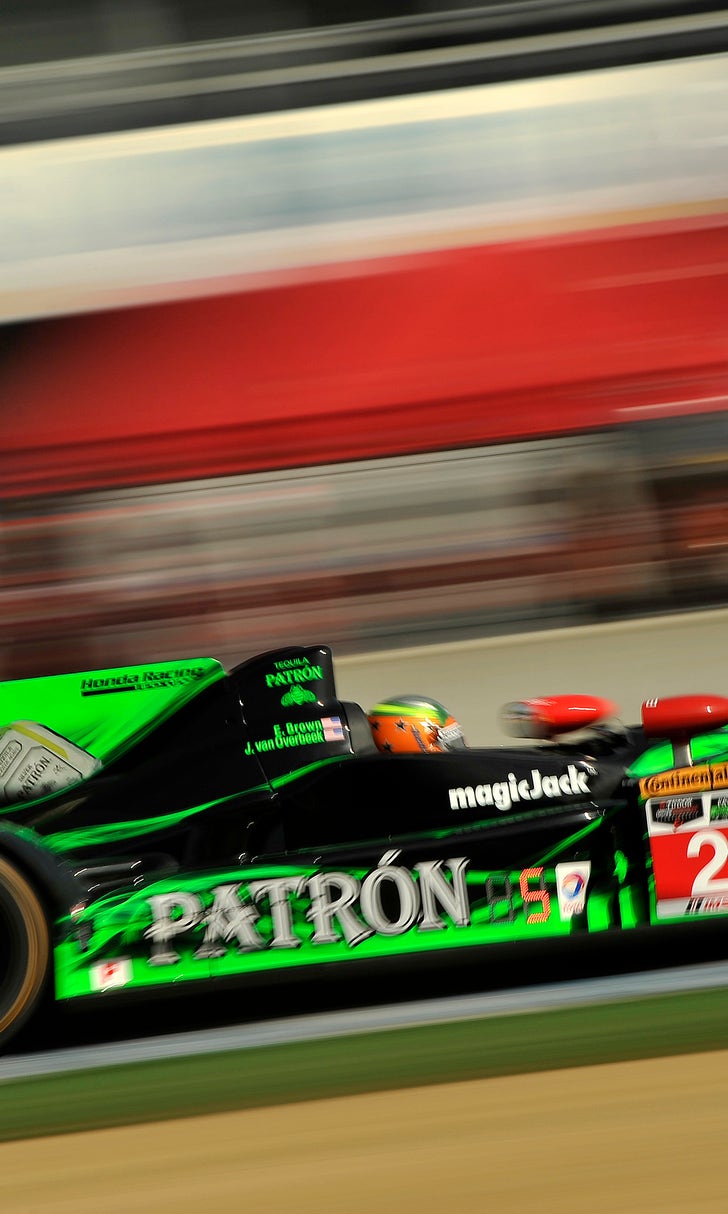 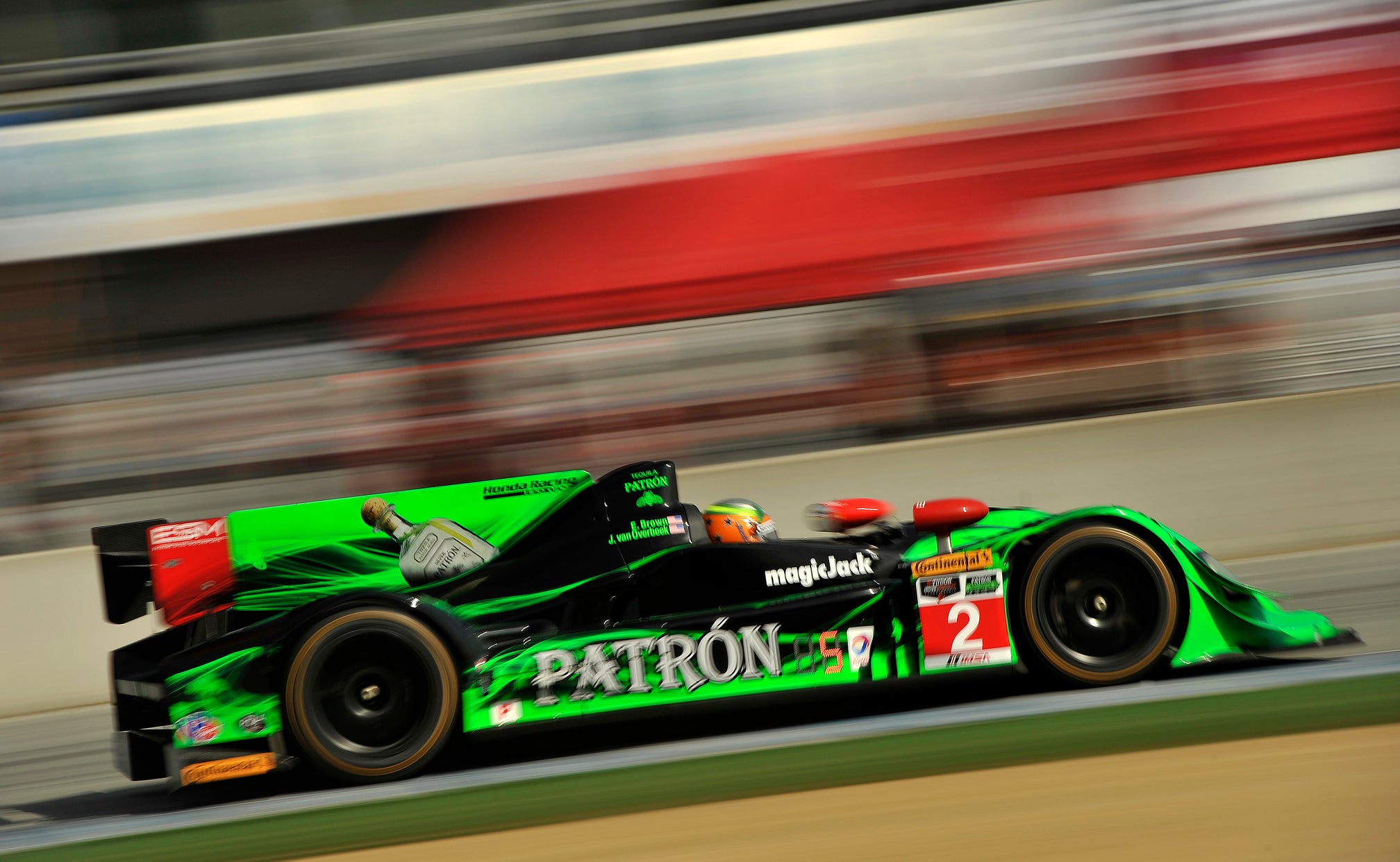 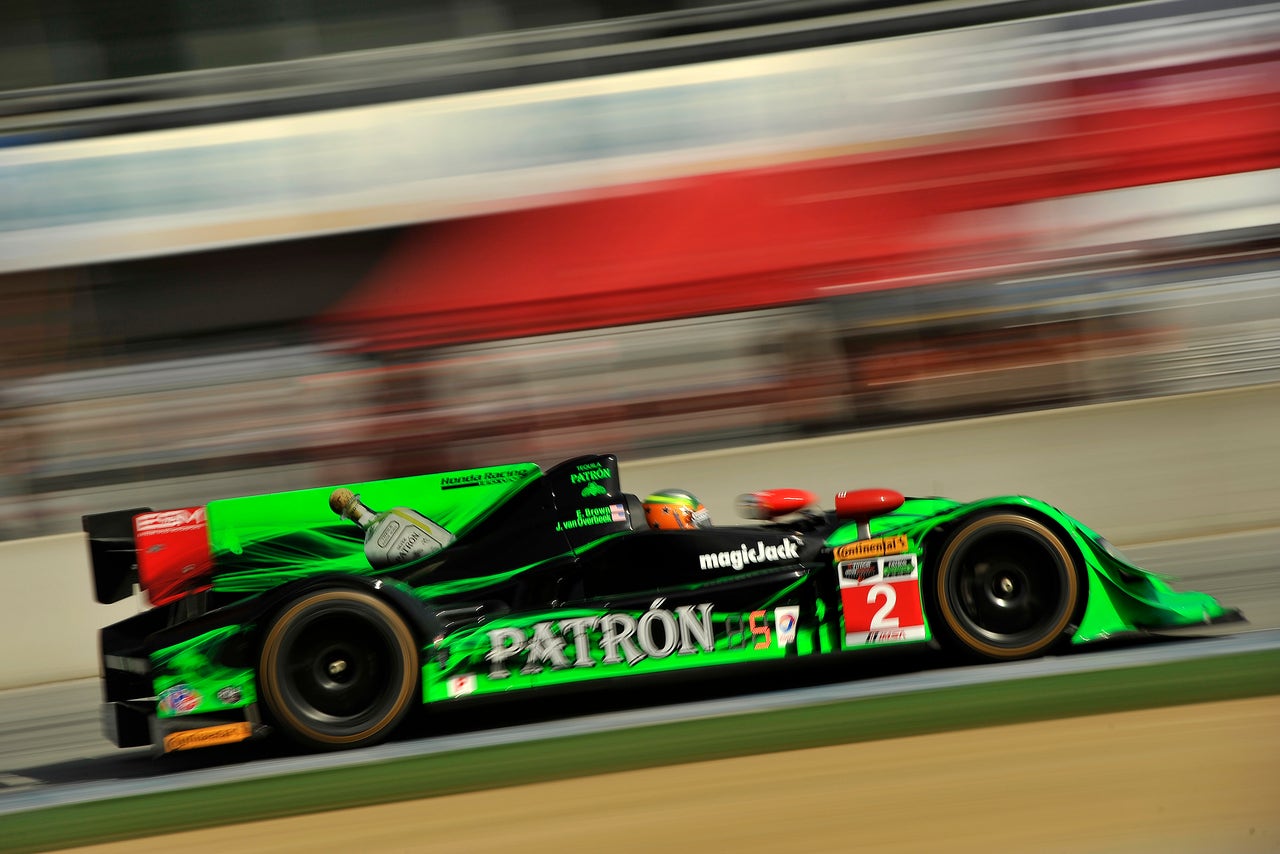 Johannes van Overbeek and Ed Brown claimed a breakthrough overall victory for Extreme Speed Motorsports, the P2-spec HPD ARX-03b and the Patron-backed No. 2 car in the fourth round of the TUDOR United SportsCar Championship season, the Continental Tire Monterey Grand Prix.

Meanwhile, Corvette Racing secured its third straight win at Mazda Raceway Laguna Seca, and the second GT Le Mans class win in a row this season for Antonio Garcia and Jan Magnussen in the No. 3 Corvette C7.R

Brown started the No. 2 car from first place after van Overbeek took the pole position on Saturday, and after a clean start handed over to van Overbeek at the 22-minute mark.

The off-sequence, two-stop strategy would eventually play to the teamâs benefit. Van Overbeek could run flat out on his first stint, and then stopped several laps later than the Daytona Prototypes on the final sequence.

Van Overbeek entered the pits on Lap 49 with a 42.5 second lead and returned to the track third behind Jordan Taylor and Joao Barbosa in a pair of Corvette DPs. After dispatching Barbosa within 10 laps, JVO began the hunt down of Taylor for the overall win.

The decisive move came on Lap 76, when Taylor ran wide exiting Turn 3 and van Overbeek was finally able to utilize the momentum on corner exit to glide past on the inside into Turn 4. From there, he was able to stretch the lead as Taylor suffered tire pickup, and won by 5.833 seconds.

Taylor and brother Ricky recorded their third runner-up finish this season in the No. 10 Wayne Taylor Racing Corvette DP. Despite a late pit stop for a splash of fuel, Scott Pruett and Memo Rojas came home third in the No. 01 Chip Ganassi Racing with Felix Sabates Ford EcoBoost Riley.

Behind them, the rest of the Prototype field was something of a war of attrition. Three more Corvette DPs â the No. 5 Action Express Racing, No. 90 Spirit of Daytona and No. 31 Marsh Racing â were fourth through sixth, with the No. 70 SpeedSource Mazda SKYACTIV-D posting an impressive seventh place overall result at its home track.

Spirit of Daytona was involved in several battles with the No. 42 OAK Racing Morgan Nissan throughout the race. Michael Valiante took the lead from the start in the No. 90 but held off several advances from a tenacious Gustavo Yacaman, who tried several attempts but couldnât get past for the lead.

Once Richard Westbrook and Alex Brundle took over those cars, the gloves came off. Westbrook contacted Brundle as the pair exited Turn 5; later on, Brundle made a passing attempt at the Corkscrew when encountering Westbrook, and his inside momentum carried him into the Action Express Corvette and the No. 07 Mazda, neither of which had anywhere to go.

Both cars were issued stop-and-hold plus 55 second penalties for the moments of contact.

In GT LM, Garcia took the lead thanks to DP traffic overtaking them on Lap 72. Then leader Giancarlo Fisichella, in Risi Competizioneâs No. 62 Ferrari F458 Italia, ran wide exiting Turn 6 as Joao Barbosa came through in the Action Express Corvette. Garcia then went to Fisichellaâs inside, on the gravel, to complete the pass up the hill into the Corkscrew.

Just prior to that, the battle had closed up to begin with when Fisichella and Garcia each had to take evasive action at the Corkscrew following Andy Meyrick slowing on course in the DeltaWing with transmission issues.

Fisichella faded to fourth in the Ferrari as the No. 911 Porsche North America Porsche 911 RSR and No. 55 BMW Team RLL BMW Z4 GTE made it past in a battle for the podium.

The battle for second all changed on the last turn of the last lap. Bill Auberlen in the BMW made it past Nick Tandyâs Porsche for second at Turn 11, as Tandy ran wide on corner exit. Tandy sought a repeat win of his ALMS GTC win last year. Auberlen co-drove with Andy Priaulx; Tandy with Richard Lietz.

Despite the attrition, the race was the second TUDOR Championship P/GTLM race in a row that ran caution-free, after the 100-minute affair in Long Beach also ran without a yellow.

The TUDOR Championship heads to the streets of Detroit's Belle Isle for a Prototype and GT Daytona-only race on May 31, with live coverage on FOX Sports 1.