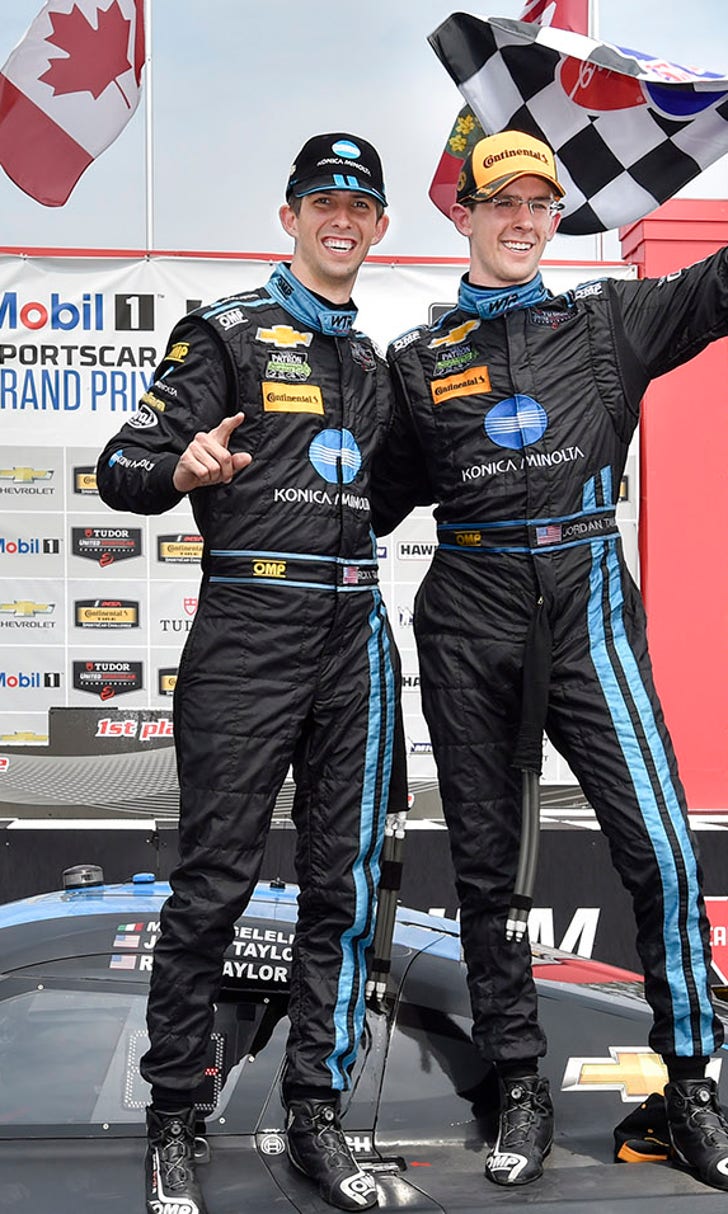 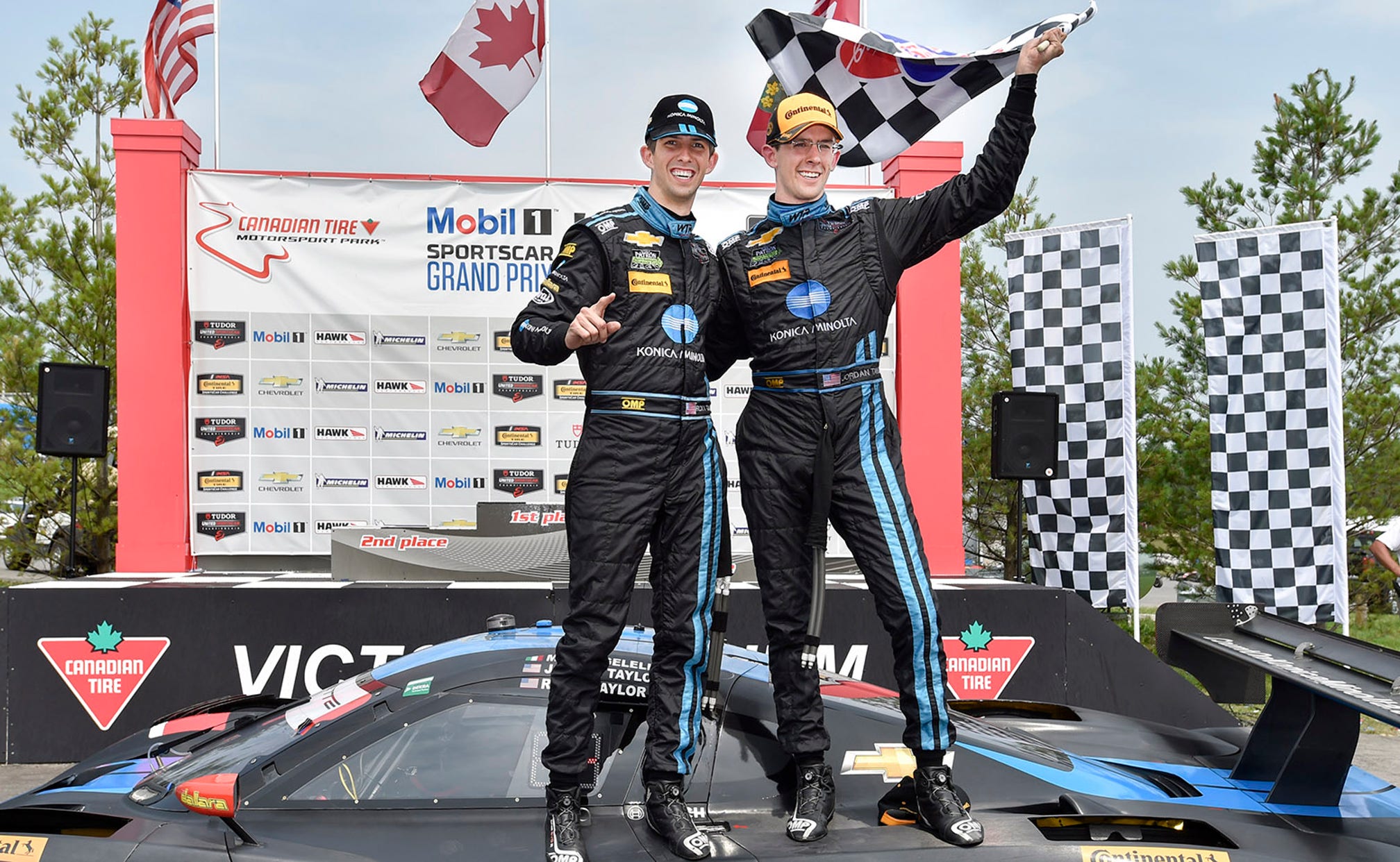 A late-race charge by Taylor and a slow final pit stop for the No. 31 Action Express Racing entry saw the No. 10 Corvette DP take the lead with less than nine minutes remaining in the two-hour and 40-minute contest.

Despite pressure from Cameron, Taylor held on, crossing the line in first by just 0.477 seconds in a race that featured only a single full-course caution.

It marked Jordan and Ricky Taylor’s first win since Long Beach in April, having rebounded from a late-race accident in last month’s Sahlen’s Six Hours of The Glen while leading.

Cameron and Eric Curran came home second, after battling a series of left-rear punctures, likely due to the abrasive track conditions.

Ozz Negri had an ironman drive in the No. 60 Michael Shank Racing Ligier JS P2 Honda to finish third, after completing the final two hours of the race without power steering.

Negri, who posted the race’s quickest lap, was helped from the car post-race and transported to the trackside medical center for treatment.

Richard Westbrook and Michael Valiante maintained their lead in the Prototype title race with a fourth place finish, with the No. 5 Action Express Corvette DP completing the top-five after also making a late-race stop due to a left-rear puncture.

The No. 01 Chip Ganassi Racing Riley-Ford of Scott Pruett and Joey Hand was unable to recover from a 60-second stop-and-hold penalty for entering a closed pit in the opening hour, resulting in a sixth place finish.

CORE autosport claimed its first Prototype Challenge class win of the season, with Colin Braun and Jon Bennett extending their championship lead as a result.

Braun took over the lead in the second hour, following the second round of pit stops and never looked back, cruising to a one-lap victory over the BAR1 Motorsports Oreca FLM09 of Sean Rayhall.

It marked the team’s first victory since last year’s Six Hours of The Glen following an unlucky start to the 2015 season for the defending class champions.

The JDC/Miller Motorsports entry of Mikhail Goikhberg and Matt McMurry completed the class podium in third.

McMurry and the JDC/Miller Motorsports squad benefited from late-race misfortunes for the Starworks Motorsport entry of Renger van der Zande, which pitted with less than 30 minutes to go with issues at the rear of the car.

It came following an impressive charge by the Dutchman and equally strong stint by co-driver Mirco Schultis, who battled a stomach bug to complete his 60-minute minimum drive time.

Porsche North America broke through to claim its first class victory of the season, following a dominant run in the GT Le Mans class.

Nick Tandy took his Porsche 911 RSR to a 15.25-second win over the No. 24 BMW Team RLL BMW Z4 GTE in a race that saw the No. 911 car lead virtually from flag-to-flag in the highly competitive category.

The Englishman, who won the 24 Hours of Le Mans last month, shared class honors with Patrick Pilet, who handled the middle stint.

Edwards and co-driver Lucas Luhr came home second, while a late charge by Antonio Garcia was rewarded with a third place result for he and Jan Magnussen in the No. 3 Corvette C7.R.

The No. 25 BMW of Bill Auberlen, which was running second in the closing stages, faded to fourth at the checkered flag, with the No. 4 Corvette completing the top-five in class.

Engine issues for the Falken Tire Porsche resulted in a retirement for the Bryan Sellers and Wolf Henzler-driven car in the final 30 minutes of the race.