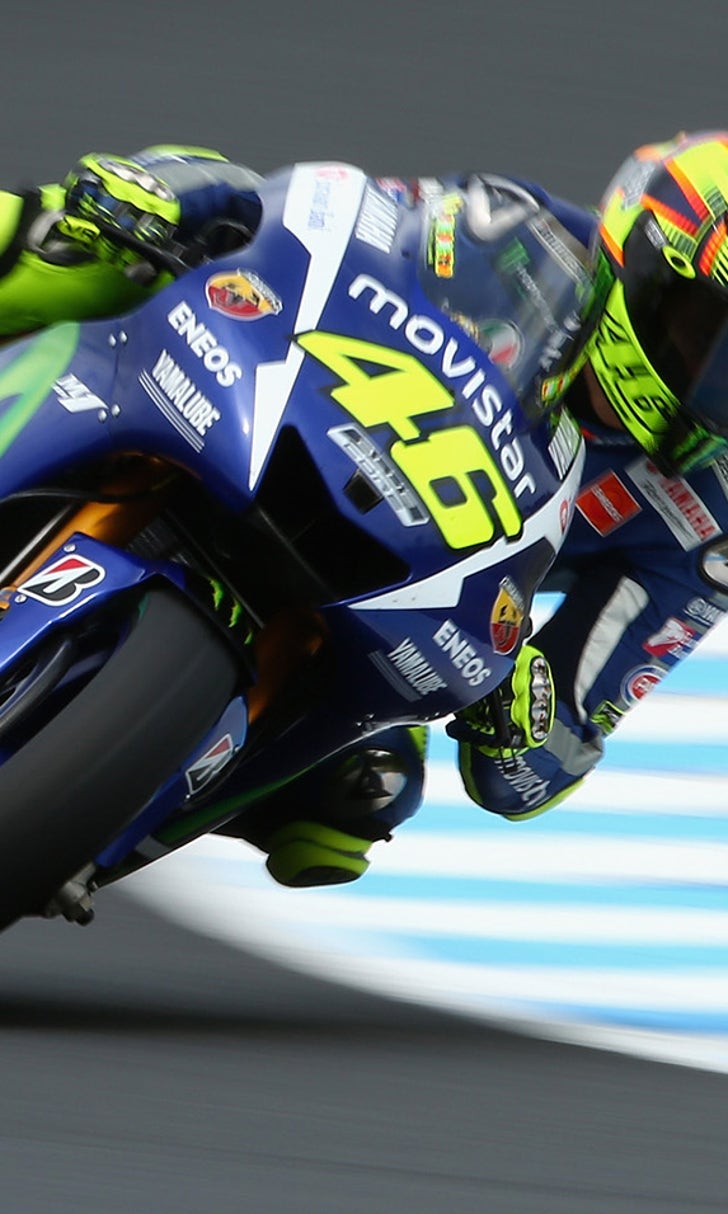 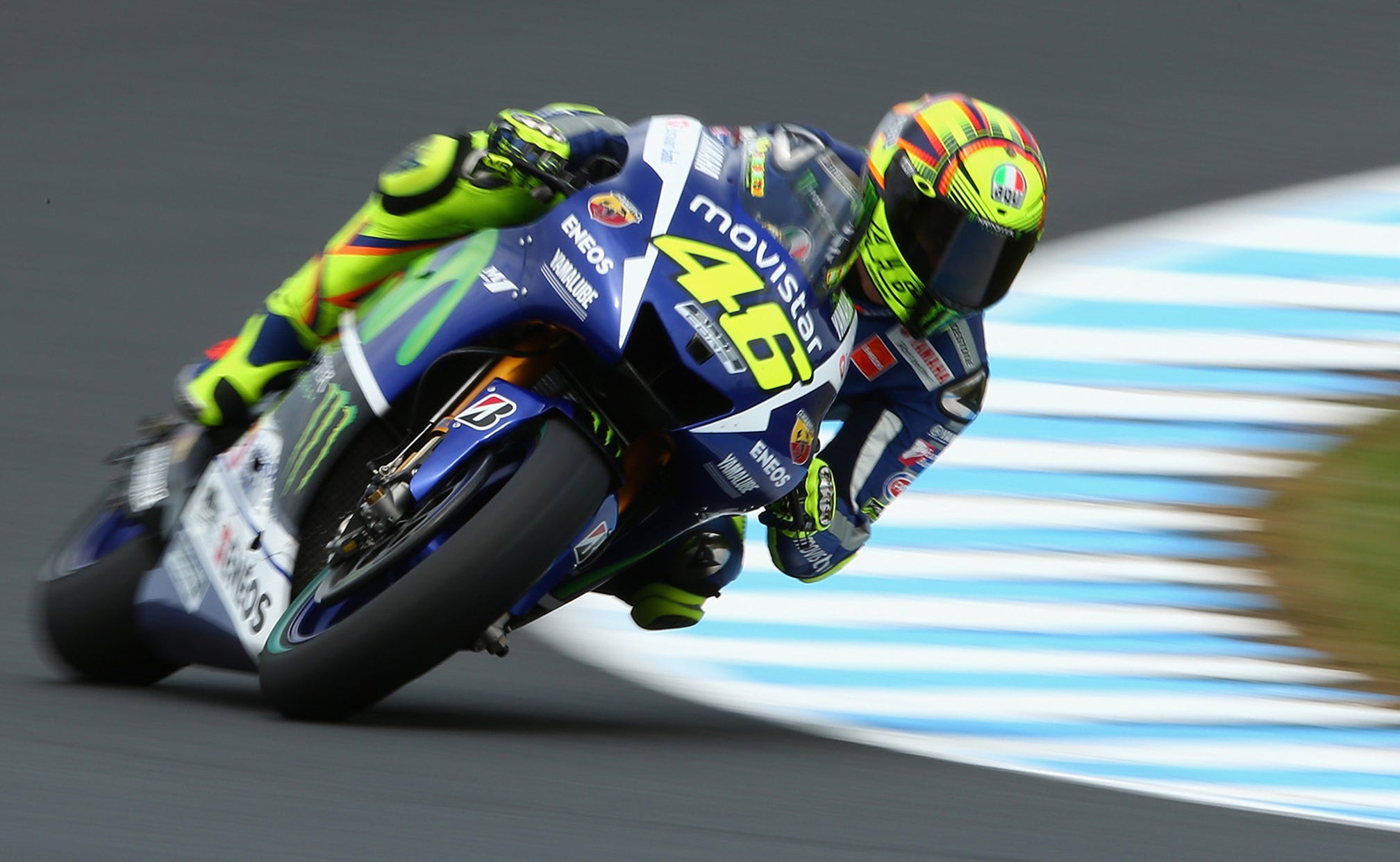 Rossi confident he has race pace despite poor showing in practice 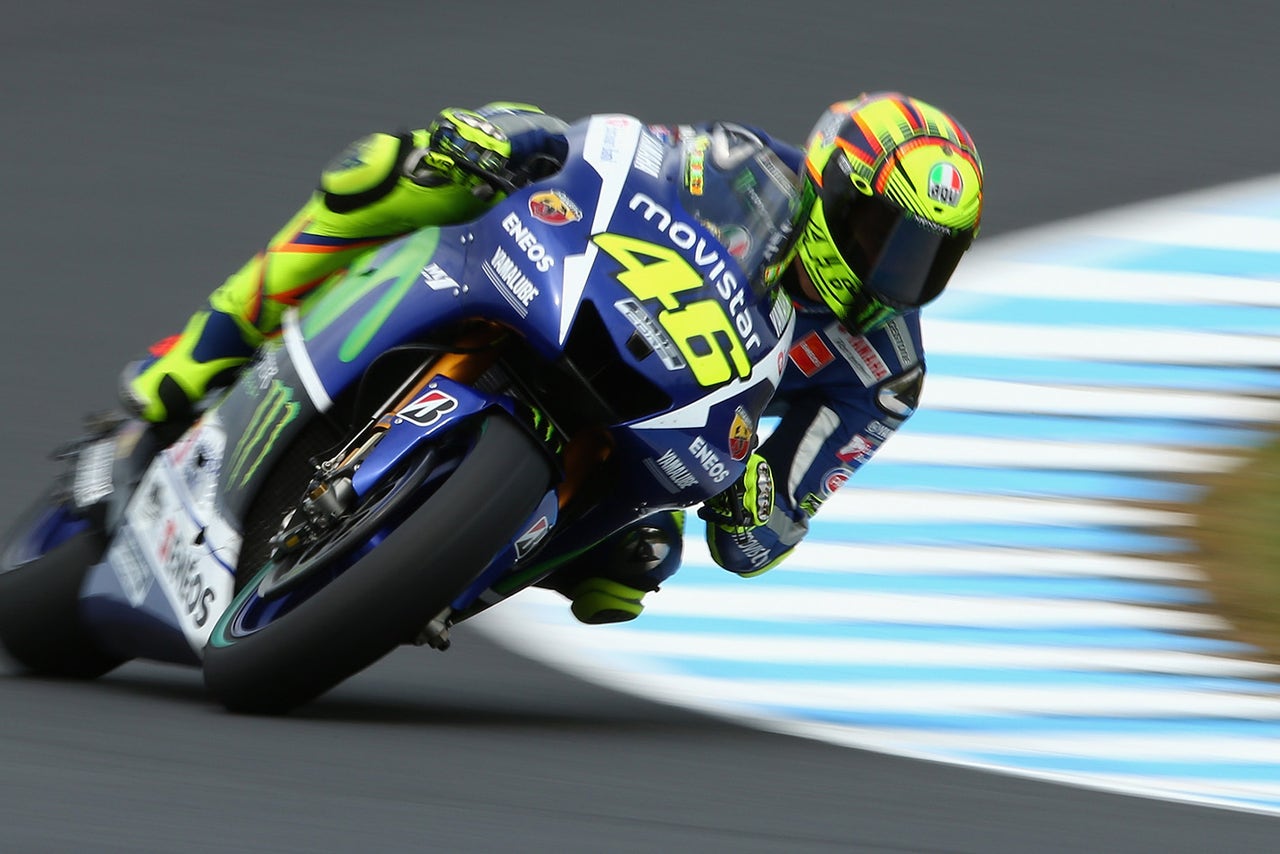 Of all the riders currently racing in the MotoGP World Championship, Valentino Rossi has the best record at Phillip Island with an amazing six premier class victories. With just 18 points separating Rossi from his Movistar Yamaha teammate Jorge Lorenzo, he’ll need to draw on all of his experience to increase the gap and take another step towards his 10th title.

Ninth-fastest in practice on the opening day of the Pramac Australian Motorcycle Grand Prix may seem a disappointing result, but Rossi’s race pace is able to match Lorenzo’s. Once again, the Italian appears to be holding his cards close to his chest, waiting to reveal all on race day.

Rossi tested the asymmetrical tire during FP2 as the rest of the MotoGP field began its now traditional time attack. The Italian responded by setting a low 1:30, which saw him end the first day ninth on combined times. If Saturday’s sessions are wet, this will be critical as heading through the highly competitive Q1 session has seen many top MotoGP riders fall victim to those equipped with the soft tire.

“The feeling was not so bad,” said Rossi, “especially my pace this afternoon was quite good and also with a used tire I was able to do some good lap times. I was not strong enough doing a hot lap on new tires, but at the same time we tried the asymmetric front tire that everybody used and the feeling was not so bad. We have to work a little bit on the bike, but it‘s OK. We will wait for the good conditions tomorrow and will try to work on improving in some places and try to be stronger.”