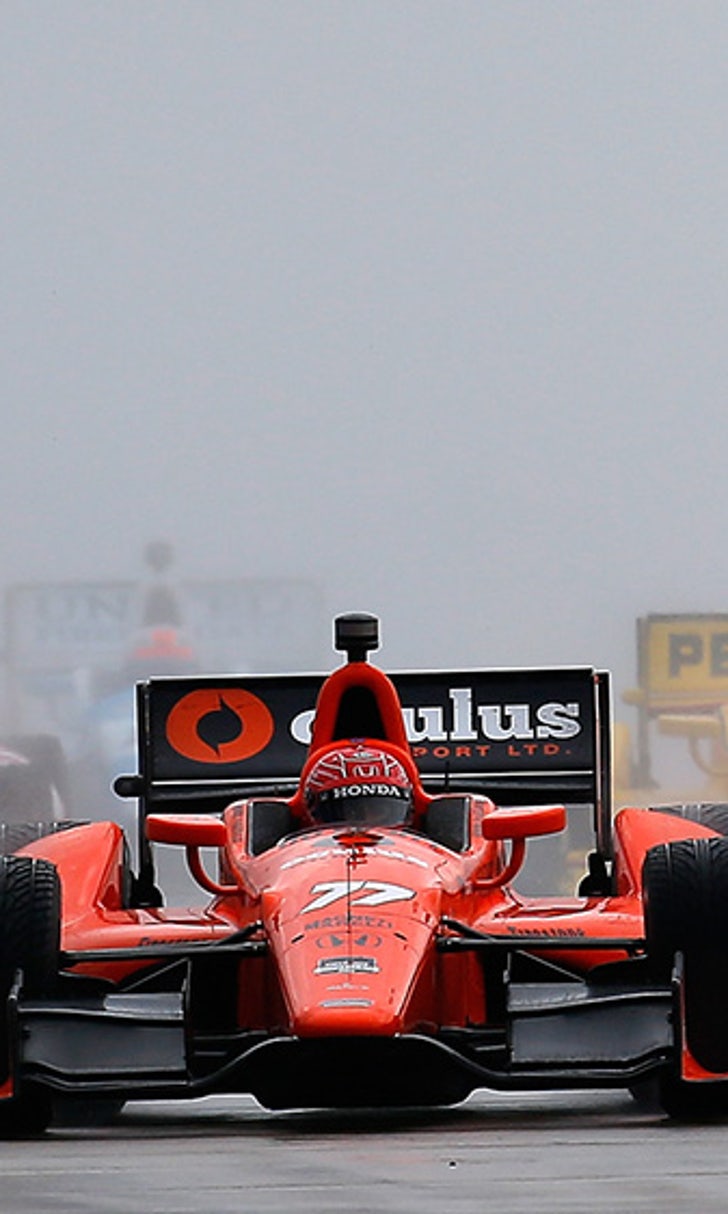 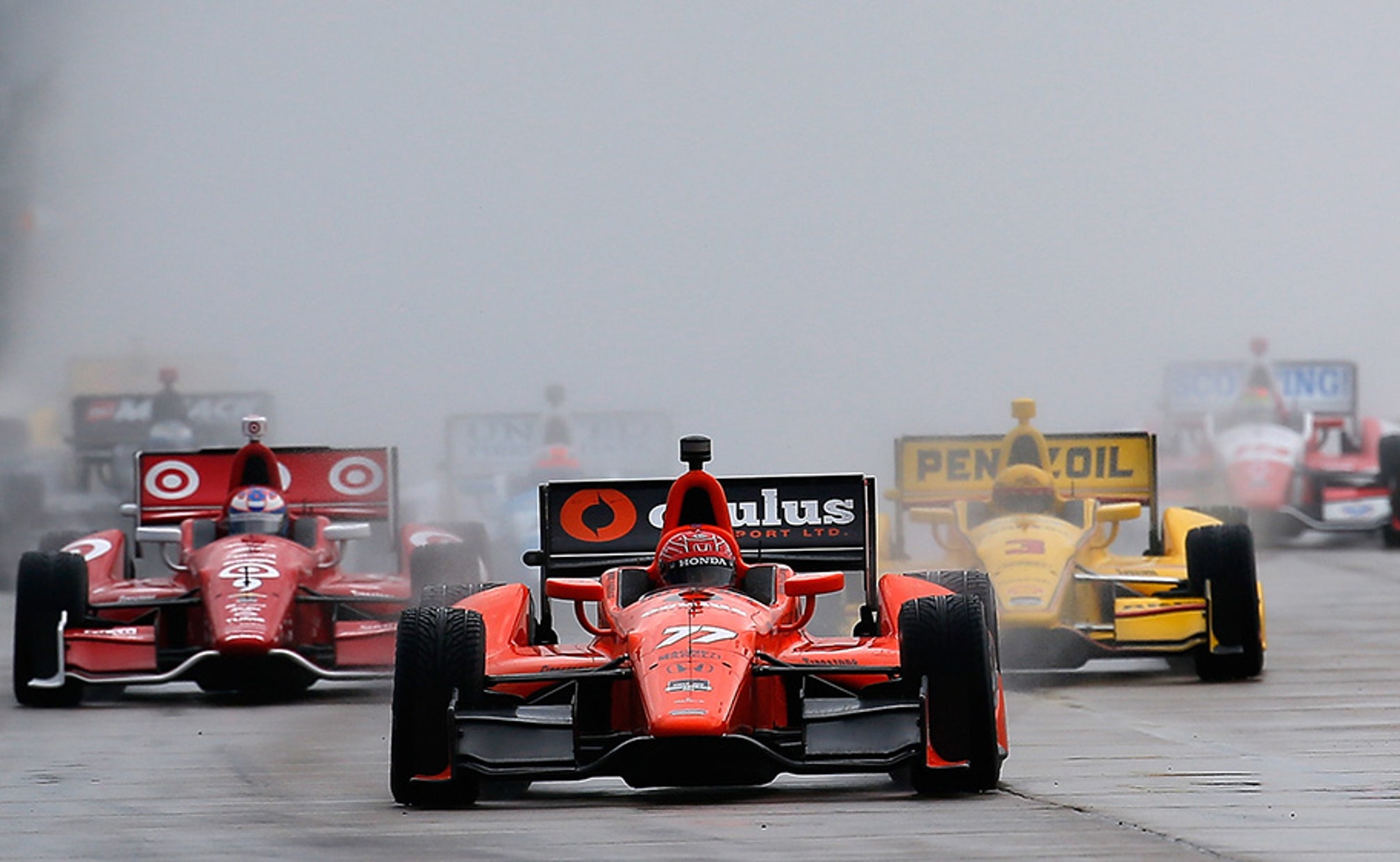 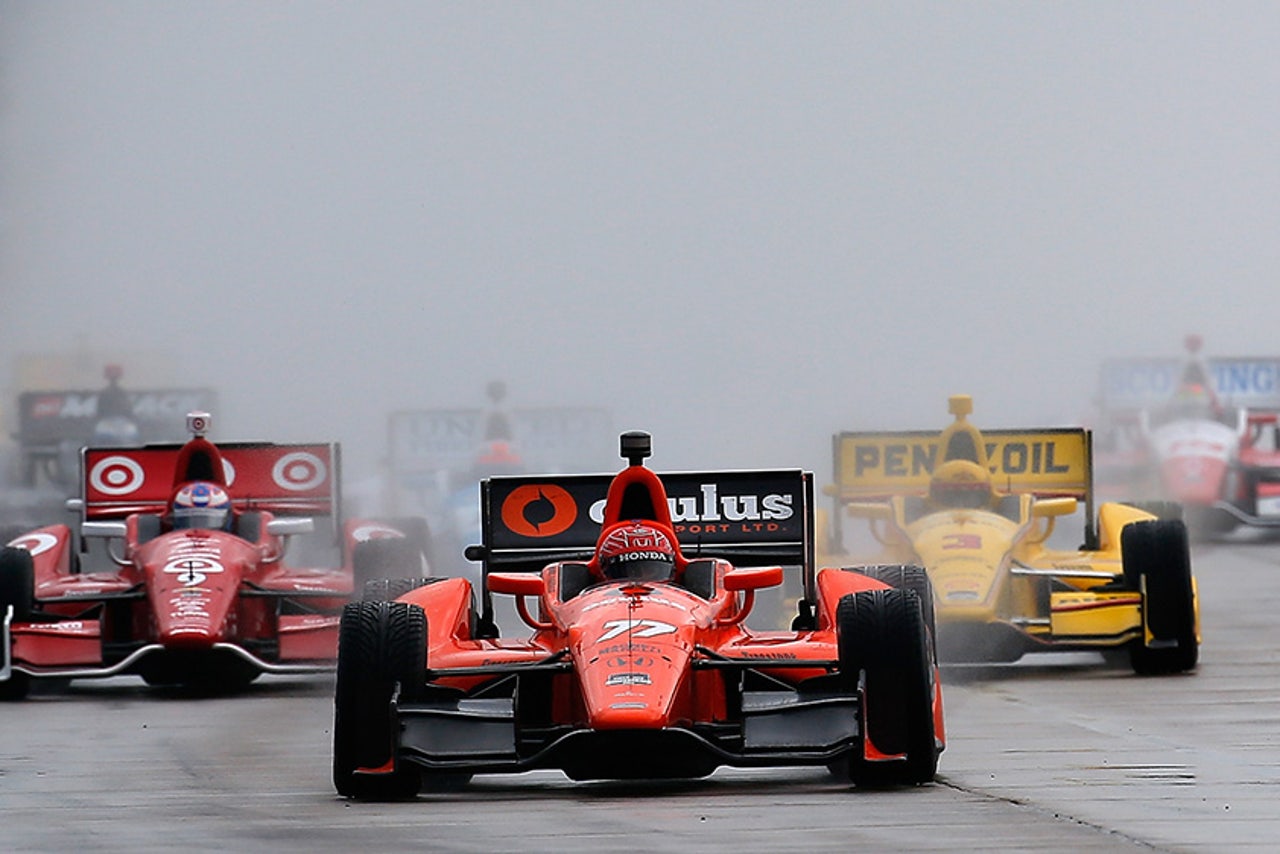 The season began on March 30 on the Streets of St. Petersburg, where eventual series champion Will Power made the headlines. Power may have won the race but it wasn’t without controversy as, leading the field to a restart, the field checked up behind Power leading to a collision that took out Marco Andretti and rookie Jack Hawksworth.

Two weeks later and the series found itself at the second street course of the season in Long Beach. Disaster struck up front mid-race as pole-sitter Ryan Hunter-Reay attempted an ambitious pass on race leader Josef Newgarden. Numerous top contenders skated into the ensuing wreck, yet Mike Conway was able to avoid it all and take the race victory.

Another two weeks passed and the IndyCar series found itself at the first permanent road course facility of the season. Defending race winner Ryan Hunter-Reay needed an opportunity to redeem himself after the crash in Long Beach, and was able to do so when Andretti Autosport secured a 1-2 in a caution-filled race at Barber Motorsports Park.

For round 4 of the 2014 IndyCar season, the field found itself at Indianapolis Motor Speedway for the inaugural Grand Prix of Indianapolis. Sebastian Saavedra secured a surprise pole position in a wet qualifying session, but then stalled on the grid at the start of the race contributing to a scary multi-car wreck. Fortunately everyone was OK, and Simon Pagenaud went on to win in a race that came down to fuel mileage.

Following the Grand Prix of Indianapolis, IndyCar had made plenty of headlines heading into the first of its ‘triple crown’ double-points 500-mile races: The Indianapolis 500. James Hinchcliffe had returned following a concussion, and many well-known names including Juan Pablo Montoya, Jacques Villeneuve and Kurt Busch found themselves in the race. Ryan Hunter-Reay became the first American to win the Indianapolis 500 since Scott Dixon in 2006, after a thrilling battle against Helio Castroneves which ended with the cars 0.06 seconds apart.

Just one week after the Indianapolis 500, the field found itself at Belle Isle Park in Detroit for its first double-header of the season. On Saturday, Will Power found himself back on the top step of the podium for the first time since winning the opening round in St. Pete. In so doing, he was able to close in on the points lead built up by Hunter-Reay.

Ryan Hunter-Reay had scored a poor finish during Saturday’s race at Belle Isle and, unfortunately for the 2014 Indy 500 winner, Sunday didn’t go much better. Helio Castroneves led teammate Will Power home for his first win of the season, putting the Penske teammates at the top of the points standings.

At Texas Motor Speedway, Will Power found himself set back late during the race due to a drive-through penalty for speeding on pit road. Ed Carpenter may have won the race, but it was Power’s drive from the back to finish second that went down in the books as being a championship-winning drive.

The Verizon IndyCar series was treated to a three-week break between Texas Motor Speedway and the following double-header at Reliant Park in Houston. The first race on Saturday was full of controversy, which included incidents amongst Takuma Sato and Marco Andretti, Takuma Sato and Mikhail Aleshin, and Graham Rahal and Tony Kanaan. In the end, Carlos Huertas was able to lead home a Colombian 1-2-3 finish with countrymen Juan Pablo Montoya and Carlos Munoz behind him.

Fortunately for the IndyCar drivers, Race 2 at Reliant Park was a fair bit tamer, although points contenders Will Power and Helio Castroneves both suffered from issues that caused them to fall to the back. This allowed Simon Pagenaud to pick off his second victory of the season and put his name back into the points battle.

Just one week later and the IndyCar series had headed north from Texas to Pennsylvania, where the series got set for its second ‘triple crown’ double-points 500-mile race at Pocono Raceway. Juan Pablo Montoya had impressed throughout his 2014 return to the sport, but it was at Pocono where the Colombia-native was finally able to return to the top step of the podium, while points leader Will Power suffered from a drive-through penalty after blocking his teammate and points rival Castroneves.

Iowa Speedway was the closest Tony Kanaan would get to winning a 2014 Verizon IndyCar series race until the season finale at Auto Club Speedway. Leading, and seemingly en route to a well-deserved victory, Kanaan was quite surprised to see Hunter-Reay’s yellow No. 28 car fly by him late on in the going for the win, after Hunter-Reay had pitted for new tires during a late-race caution.

The Streets of Toronto played host to the final double-header of the 2014 IndyCar season. The year had already seen plenty of surprises, and Sebastien Bourdais’ return to the top step of the podium just added to that. Bourdais had suffered from a seven-year winless streak in open-wheel racing, but that was put to an end in the rain-delayed Race 1, just hours before the scheduled Race 2 was set to take place.

Rain began to fall at Toronto again just before the second race of the day was set to take place. Subsequently, the field was forced to play the strategy card with regards to tires. Mike Conway was able to play his cards best and make the least mistakes en route to his second victory of the season.

For the first time since Barber Motorsports Park, the IndyCar series found itself back at a permanent road course facility. Mid-Ohio Sports Car Course’s history of green-flag racing was quickly challenged this time around as an opening-turn incident took place on Lap 1. The rest of the race was run relatively incident-free and, for the first time in 2014, Scott Dixon took home the win.

Will Power may have performed well so far during the 2014 IndyCar season, but skeptics could have easily pointed out that 11 of the 15 races so far had been ran on road courses, Power’s specialty, whereas two of the remaining three races would be ran on ovals. However, Power was able to silence those skeptics at the Milwaukee Mile after a dominant victory on the mile-long oval.

The penultimate race of the season took place at Sonoma Raceway in California and was the last road course race of the year. Penske teammates Will Power and Helio Castroneves had established themselves as the primary title contenders, yet both suffered from difficult races in Sonoma. Castroneves got involved in a multi-car collision at the start while Power suffered a mid-race spin that dropped him to a 10th-place finish. Dixon took the victory.

After qualifying on pole position, Helio Castroneves found himself 50 points back of Will Power heading into the IndyCar season finale and the final ‘triple crown’ double-points race of the year. Power sealed the deal with a late-race pass on Castroneves that gave him a ninth-place finish and his first IndyCar series title. Tony Kanaan took his first win of the season and dedicated it to Dario Franchitti, the driver he had acquired the ride from following Franchitti’s career-ending crash in 2013.