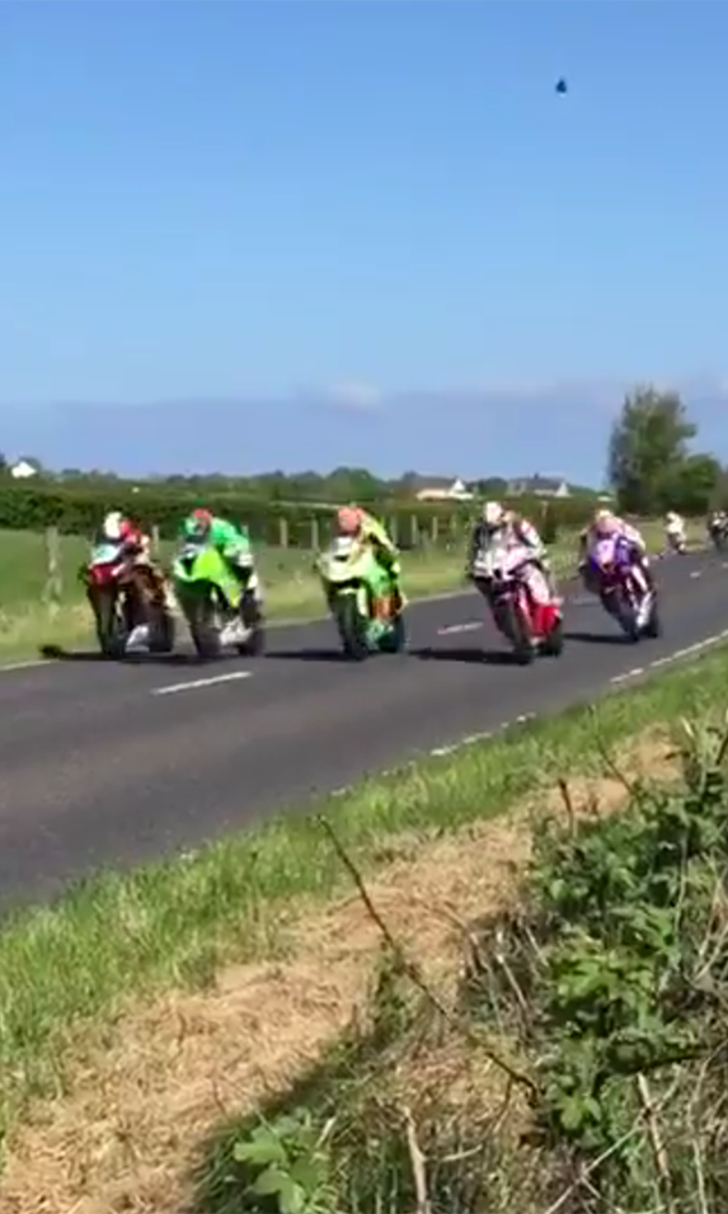 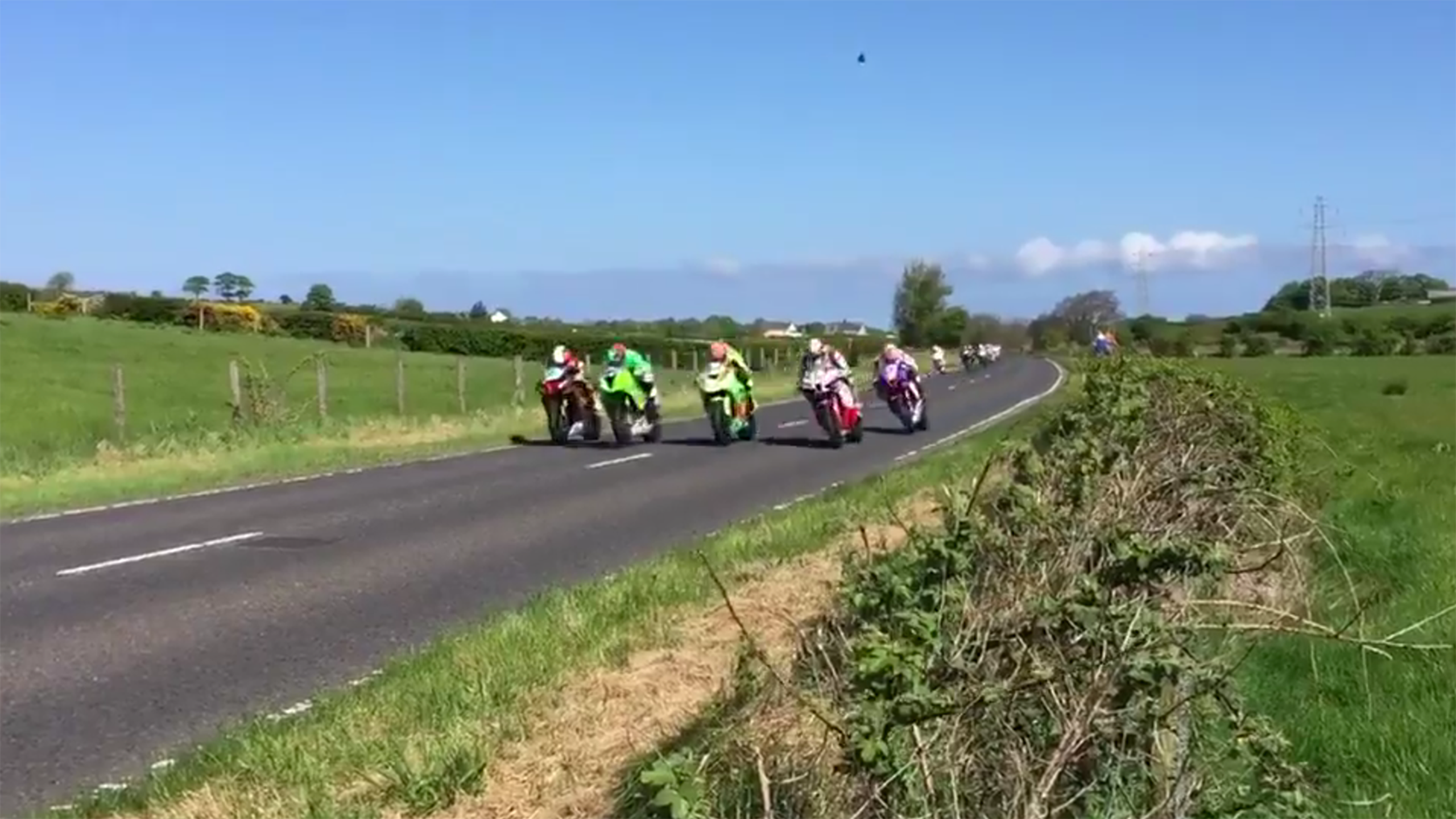 John McGuinness, Lee Johnston, Martin Jessopp, Alastair Seeley, and Michael Rutter one-upped (or rather, two-upped) them last week though, blasting five-wide down the roads of Northern Ireland during a race at the North West 200.

The video above was captured by @dmac011188 on Twitter, and has been shared by several of the riders involved.

Races were ran on both Thursday and Saturday of last week, but had to be cut short on Saturday following a fatal crash for 20-year-old Malachi Mitchell-Thomas.