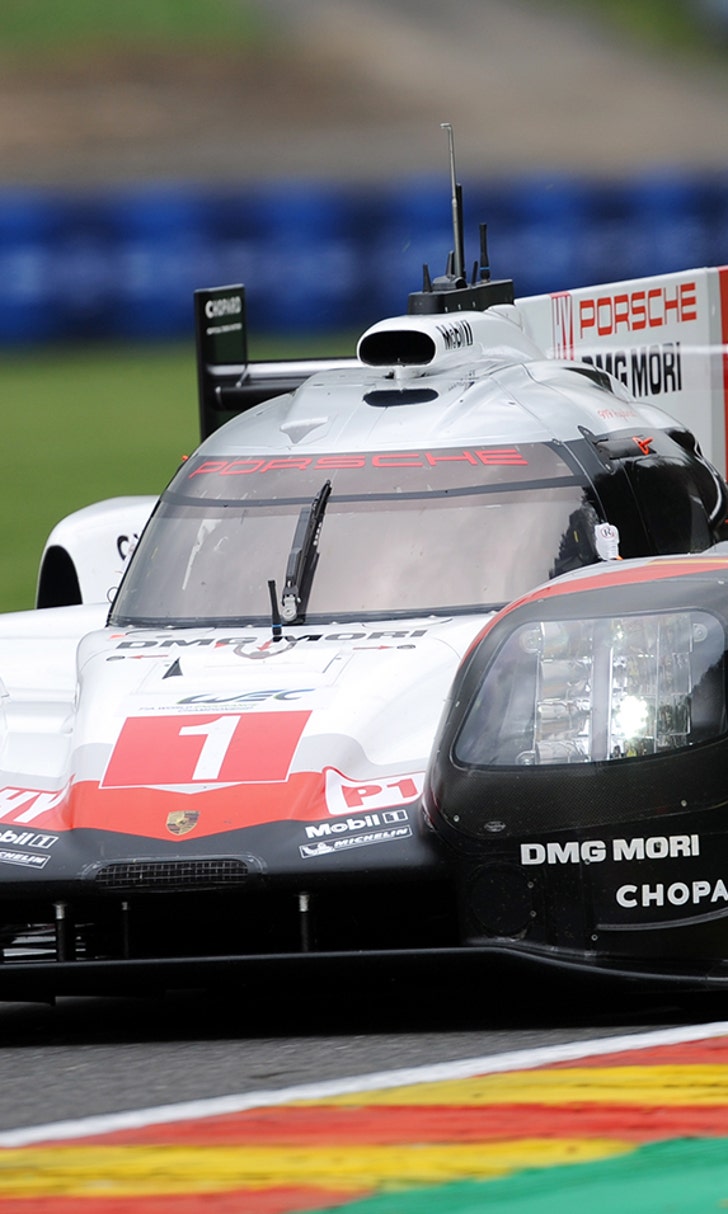 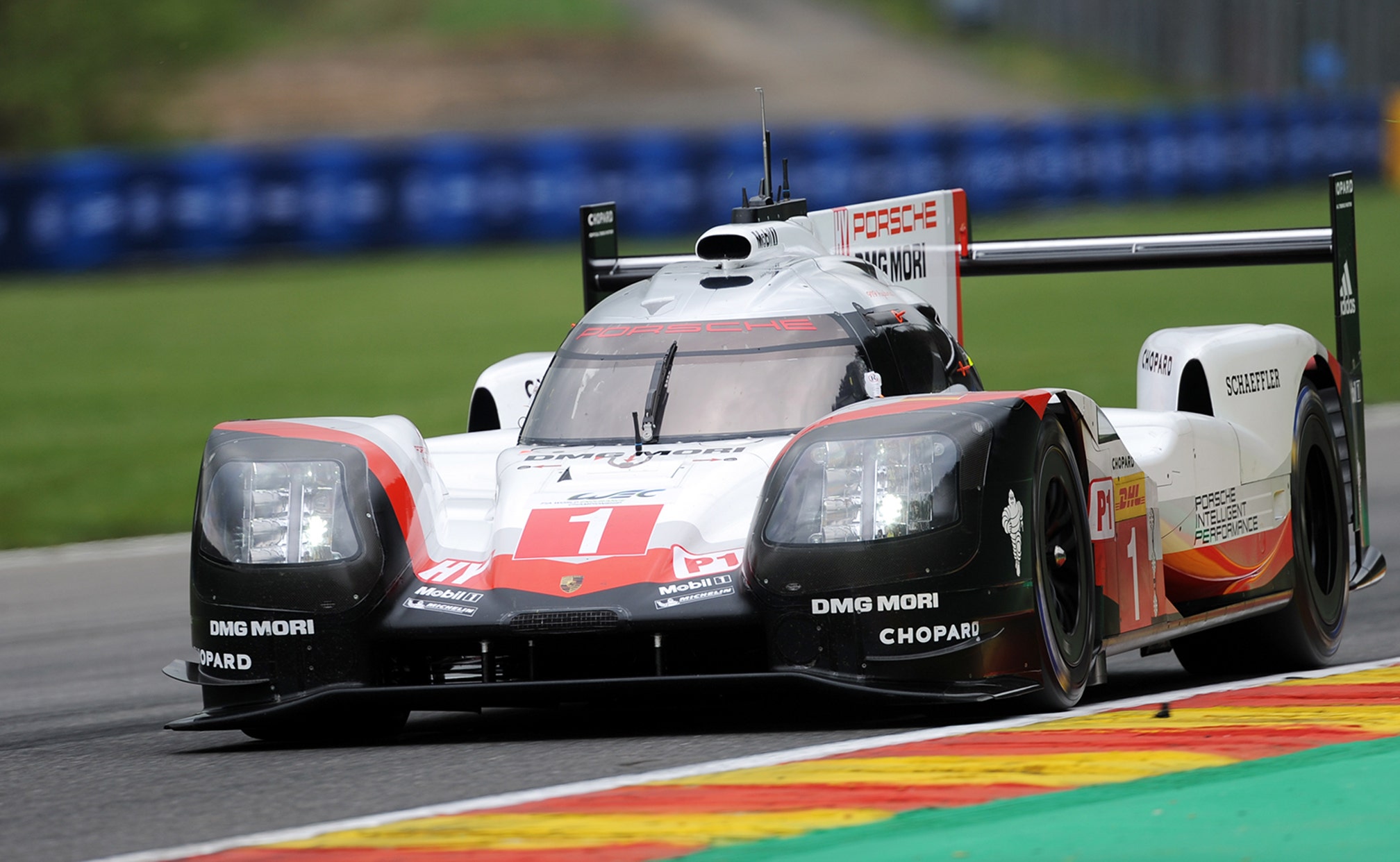 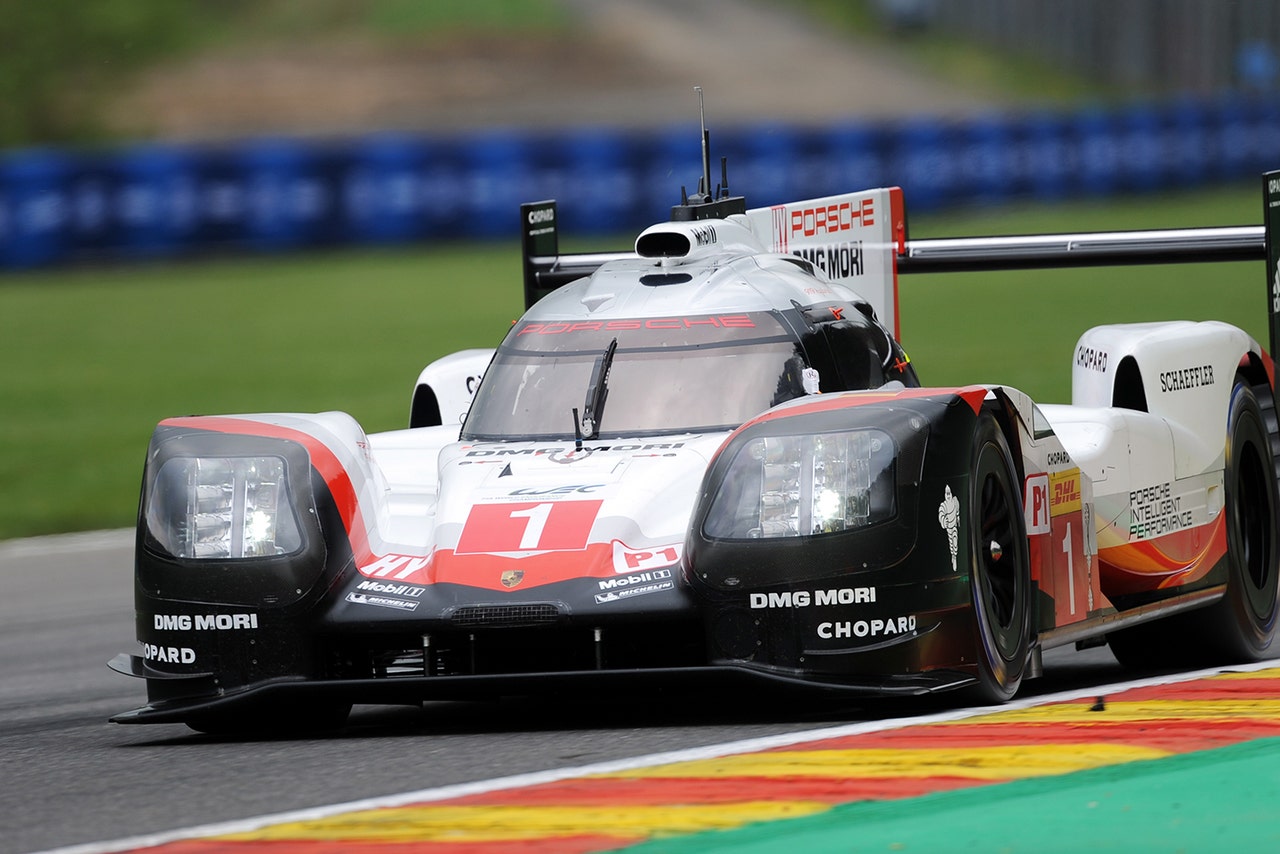 Porsche has claimed a surprise pole for Saturday’s WEC Six Hours of Spa ahead of rival Toyota, which had dominated the Free Practice sessions, but was unable to deliver in qualifying for the second round of the FIA World Endurance Championship season.

Andre Lotterer and defending World Champion Neel Jani combined for a best two-lap average of 1:54.087 in the stop-start 25-minute session, which saw an early red flag for a crashed LMP2 car.

The pole came thanks to a blisteringly 1:53.756 lap time by the Swiss driver, just after the session restarted with 21 minutes to go.

The No. 1 Porsche led a trio of Toyotas, with the No. 7 TS050 Hybrid of Mike Conway and Kamui Kobayashi second, ahead of the Japanese manufacturer’s third, low-downforce entry, qualified by Frenchmen Stephane Sarrazin and Nico Lapierre, in his LMP1 return.

It marked the first pole for Jani since Le Mans last year, with Lotterer becoming the first driver to score poles for two different LMP1 manufacturers in the current WEC era.

The pairing will share driving duties with Nick Tandy in Saturday’s race.

Porsche’s No. 2 entry, qualified by Timo Bernhard and Brendon Hartley will roll off from fifth on the grid, behind the Silverstone race-winning No. 8 Toyota of Sebastien Buemi, Anthony Davidson and Kazuki Nakajima.

It handed the top spot, for the second consecutive race, to Alex Lynn and Pierre Thiriet, thanks to a 2:02.601 average in their Oreca, with the pairing set to team with Roman Rusinov in Saturday’s race.

The pair of Signatech Alpine Matmut Alpine A470 Gibsons will roll off from second and third on the grid, with the No. 24 CEFC Manor TRS Racing entry and No. 13 Vaillante Rebellion Oreca completing the top-five in class.

An accident by Vitaly Petrov in the sister Manor entry at Turn 11 brought out the red flag early in the session, which halted a number of drivers’ fast laps.

Muecke relegated the sister No. 67 Ford of Harry Tincknell and Andy Priaulx to third as the 25-minute qualifying session came to an end.

Both Fords were sandwiched by the No. 51 AF Corse Ferrari of Alessandro Pier Guidi and James Calado in fourth (+0.748s), followed by both Porsche 911 RSRs in fifth and sixth, that were almost two seconds of the pace.

Aston Martin Racing suffered an even bigger lack of pace and will line up last in class with its two Vantage GTEs, both the No. 95 and No. 97 entries were more than two seconds slower than the No. 71 Ferrari.

Aston Martin Racing did manage to secure the GTE-Am class pole, however, with Paul Dalla Lana and Pedro Lamy setting an average lap time of 2:18.659 in the No. 98 Aston Martin.

A late flyer by Lamy, who had his initial lap time deleted for track limits, put the Vantage GTE ahead of the Dempsey-Proton Racing Porsche 911 RSR of Matteo Cairoli and Christian Ried, while the Clearwater Racing that won at Silverstone qualified last.

It was the Portuguese driver’s record-extending 15th career WEC pole.