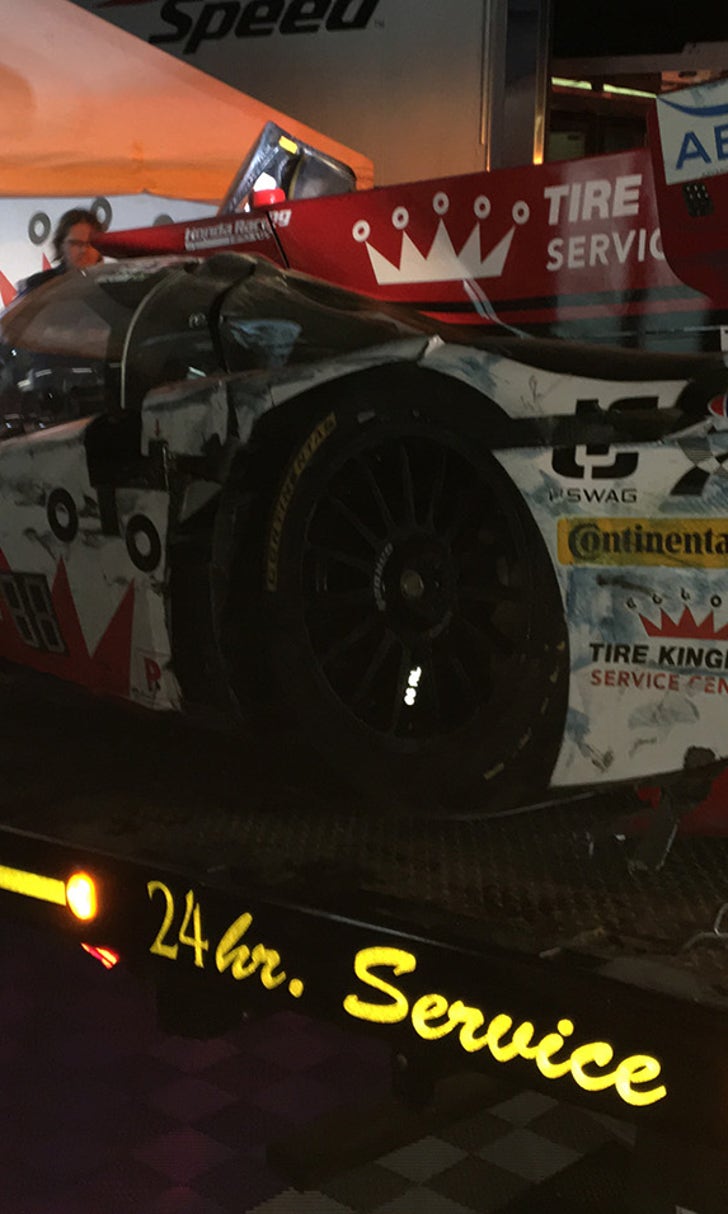 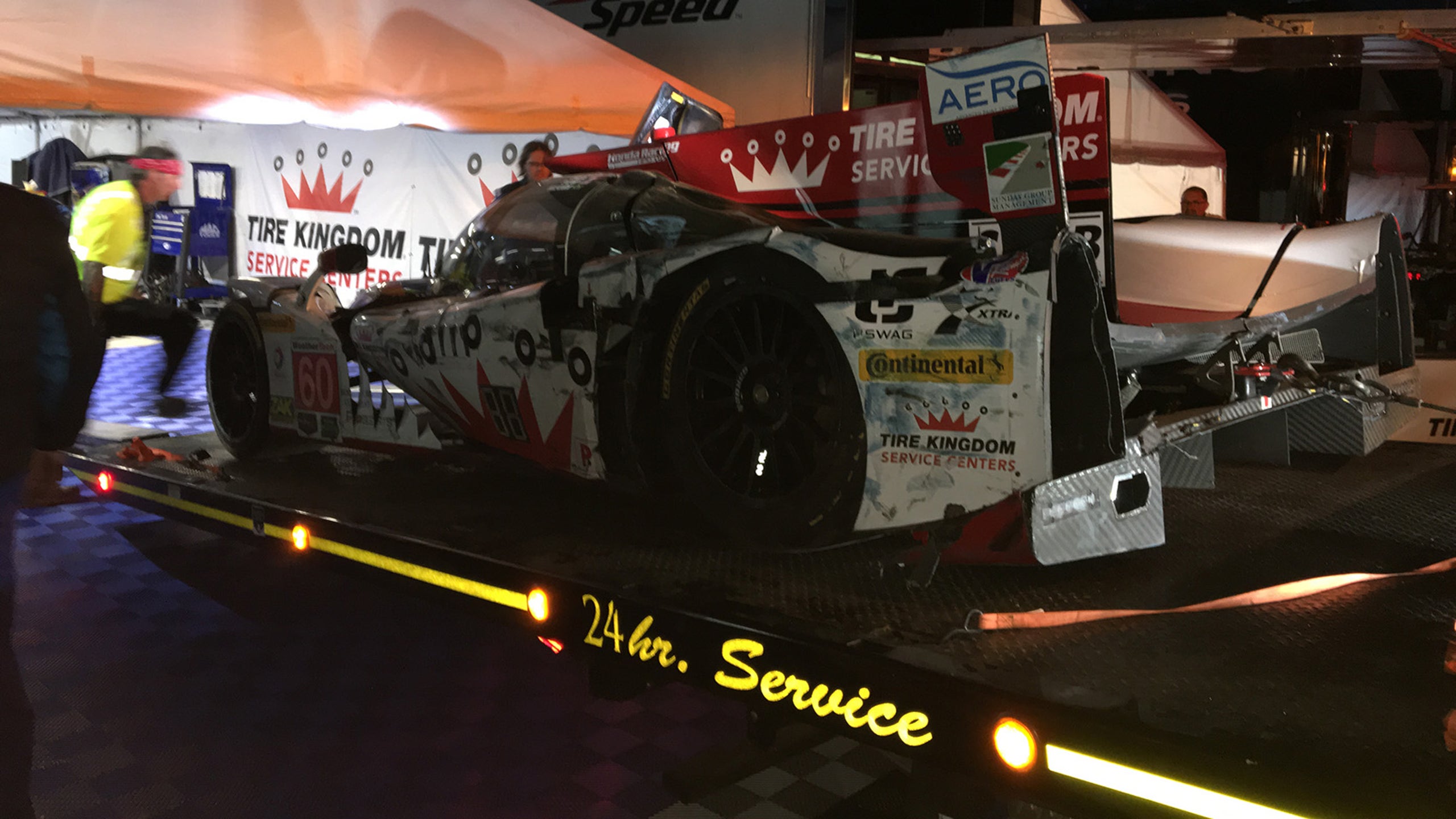 MSR Ligier crashes hard in practice for 12 Hours of Sebring 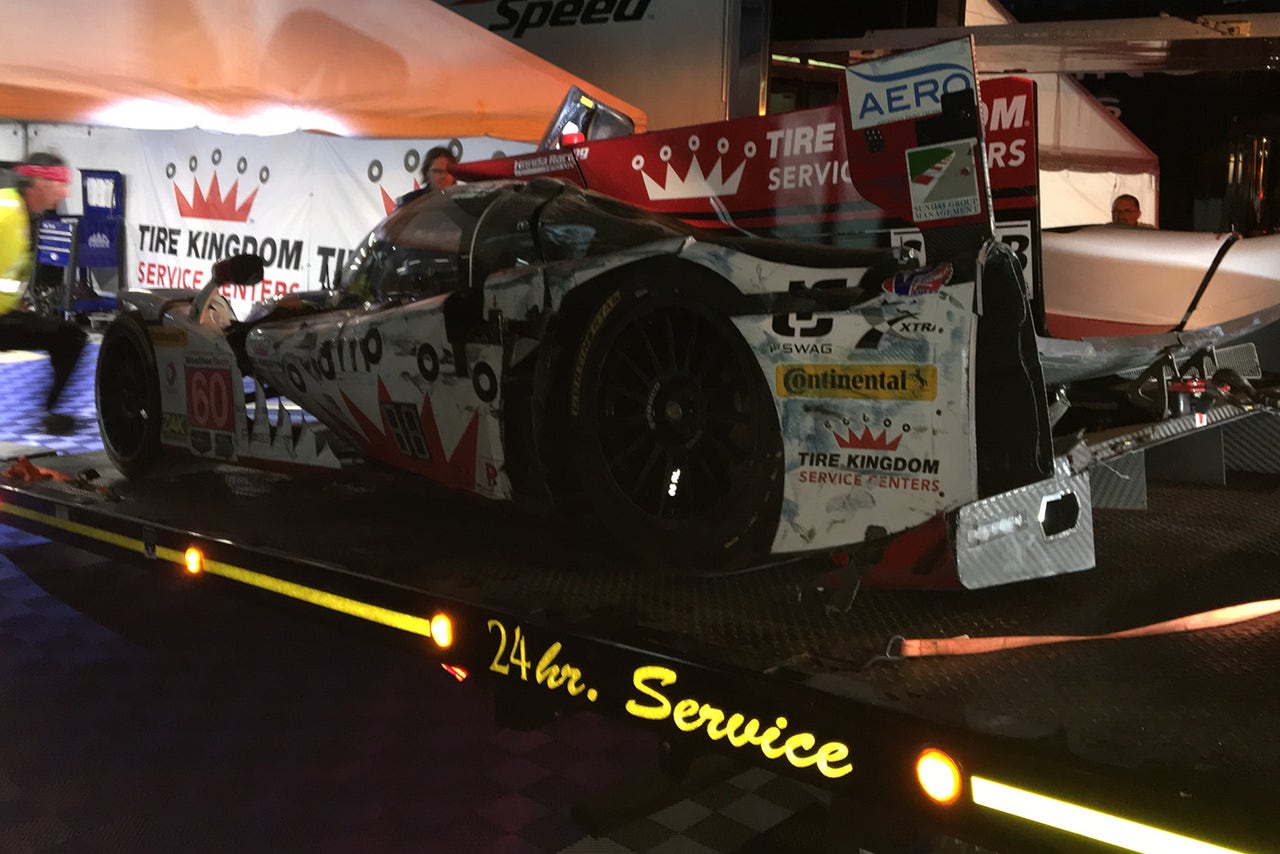 Thursday night practice for the Mobil 1 Twelve Hours of Sebring was interrupted by a heavy accident for the Michael Shank Racing Ligier JS P2 Honda 18 minutes into the 90-minute session.

MSR’s John Pew was behind the wheel when the car veered into the tire barrier entering Turn 7.

Pew was evaluated and released from the infield care center following the accident but the car sustained significant damage to three corners of the French prototype.

“I was in the brake-zone for the hairpin and went hard on the brakes, which I do all day long,” Pew told Sportscar365.

“I felt like, maybe, the rear locked up and spun the car but I had never done that before.

“We’re still finding out if there’s any other issues that could have caused it.

“I just feel terribly for the team. They work so hard on this car but they’re the best in the business so I know they’ll do what it takes to get it repaired.”

Michael Shank told IMSA Radio’s Shea Adam that the data did not indicate a mechanical failure and confirmed that there was no contact with any other car.

There were two other brief red flag periods for minor off track excursions.

Corvette DPs took two of the top three spots on the time sheets, paced once again by Action Express with Filipe Albuquerque behind the wheel.

His time of 1:52.832 was 1.050 seconds clear of second place Jonathon Bomarito in a Mazda Prototype, but shy of Dane Cameron’s Practice 1 benchmark of 1:52.447 in the Action Express team car.

Jordan Taylor completed the top three in for Wayne Taylor Racing in a Corvette DP.

BMW team RLL continued its strong weekend with an impressive 1-2 in the practice session, with Lucas Luhr setting the fast time of 1:59.270 in his No. 100 BMW M6 GTLM.

In GTD, Jeroen Bleekemolen put the Riley Motorsports Dodge Viper GT3-R on top. His flying lap was clocked at 2:03.417, just 0.074 seconds ahead of Spencer Pumpelly in the Change Racing Lamborghini Hurrican GT3.

The fourth and final practice session is scheduled for Friday at 10:15 a.m. local, followed by qualifying in the afternoon.