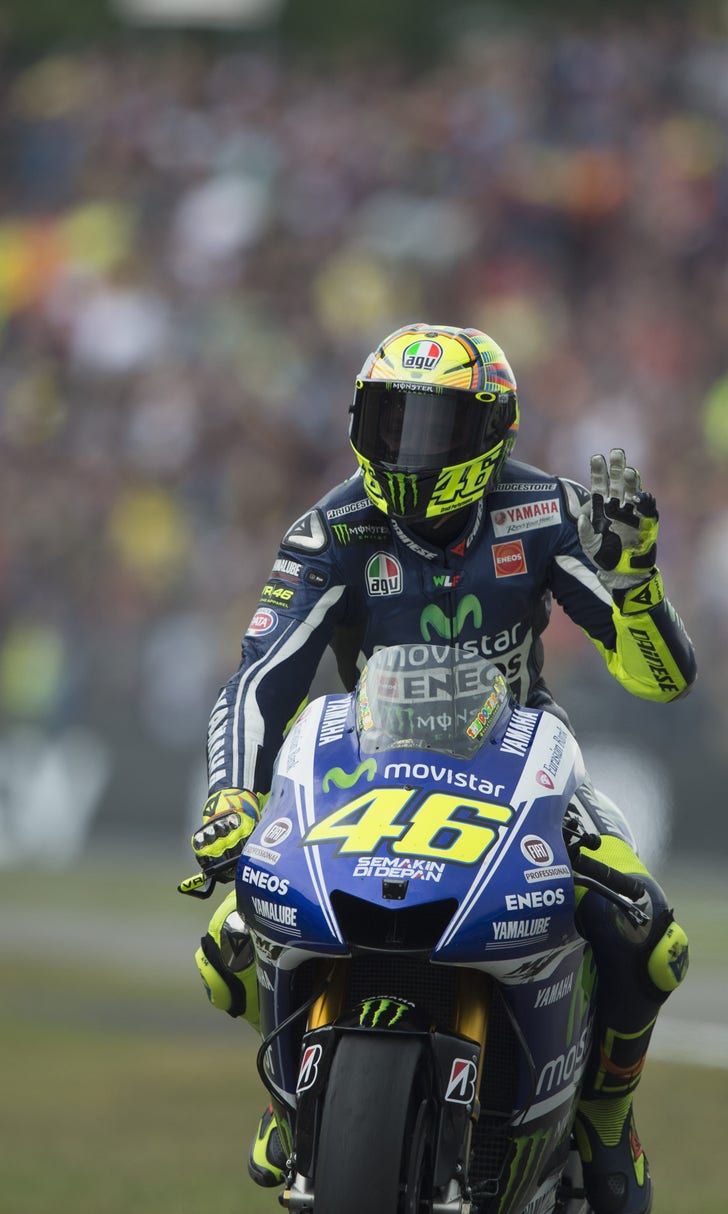 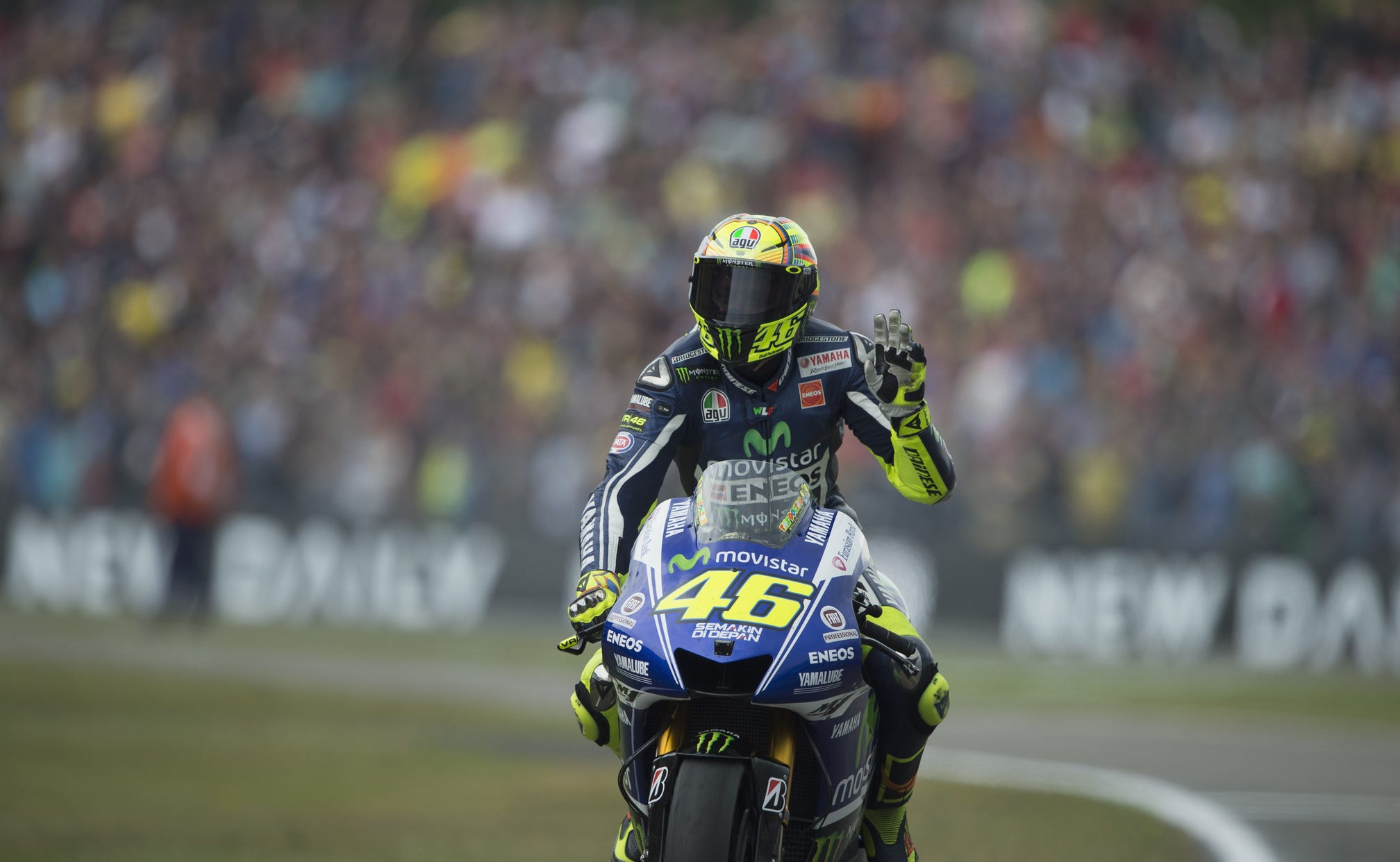 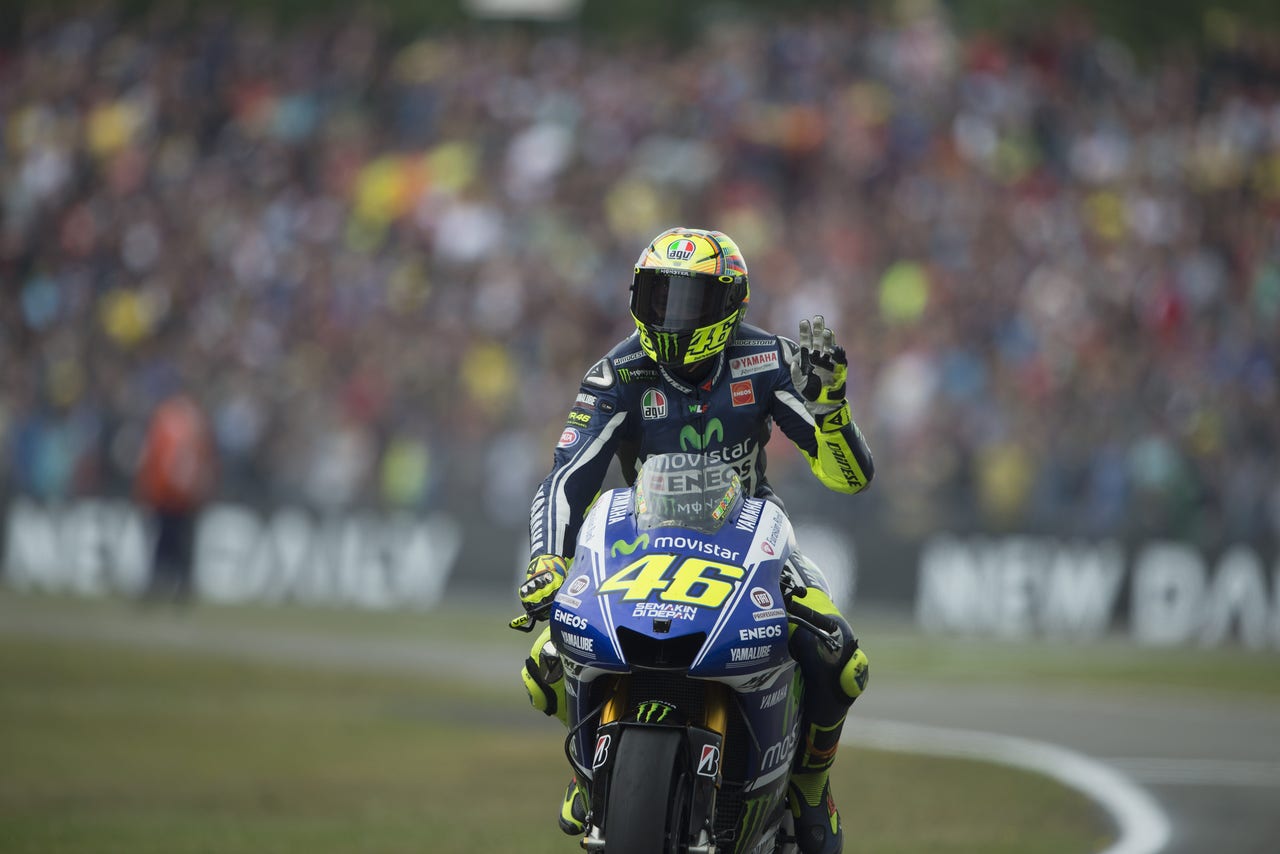 Valentino Rossi looked set to gamble on slick tires as the rest of the grid opted for rain tires during Saturday's Iveco Daily TT Assen, but decided at the last moment to switch bikes. This forced Rossi to start from pit lane, although he quickly made his way through many of the trailing bikes.

Riders were forced to switch bikes again as the track began to dry, Rossi making his second trip to the pits. From here, Rossi charged through the remaining field, eventually finishing in fifth.

Lap times from Rossi were one second faster than Aleix Espargaro's pace, but a gap of over 15 seconds was too much to recover.

Dani Pedrosa's third moves him to joint second in the championship with Rossi. Both riders are 72 points behind Marc Marquez who has won eight from eight races.

"You know, I took a risk because the conditions looked good but, unfortunately, one minute before the start it started to rain again so I had to change bike and start from last. It's a shame because if I had started with the wets I could stay in front with the top guys," said Rossi.

He continued, "Anyway, it's something about luck today and unfortunately this time it ended like this. I'm quite satisfied with the rest of the race because I had good pace and a good feeling with the bike. Also here in Assen I was quite fast."