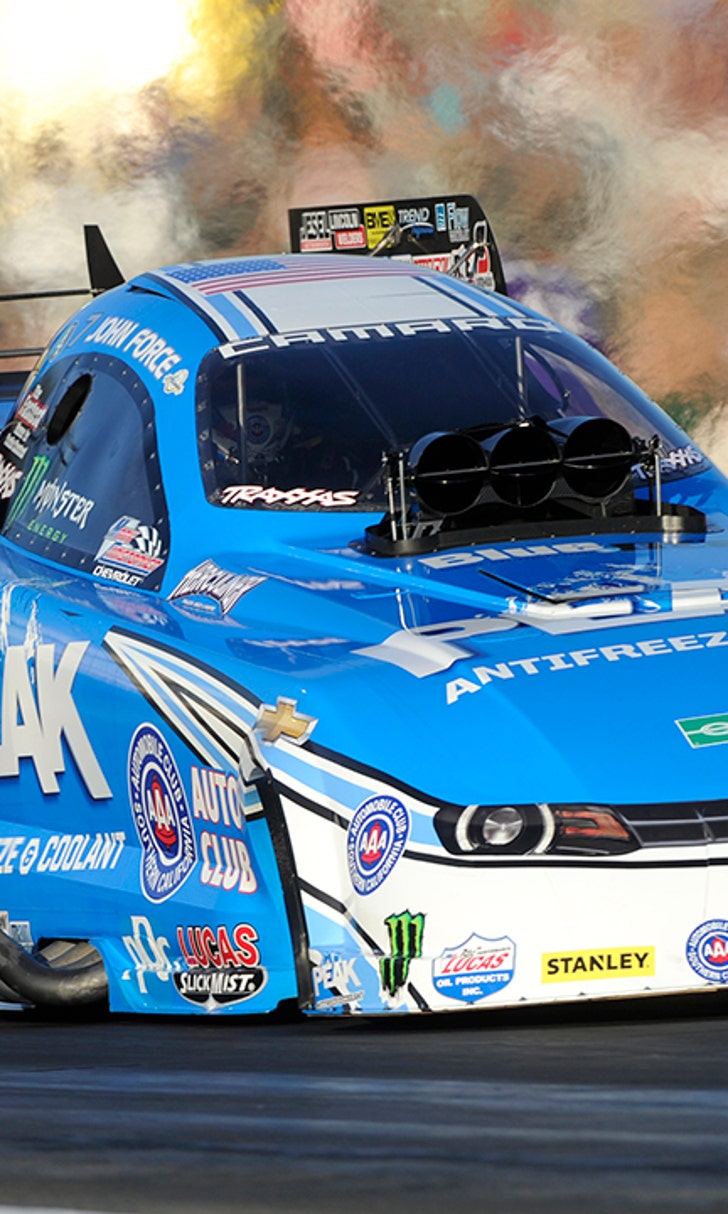 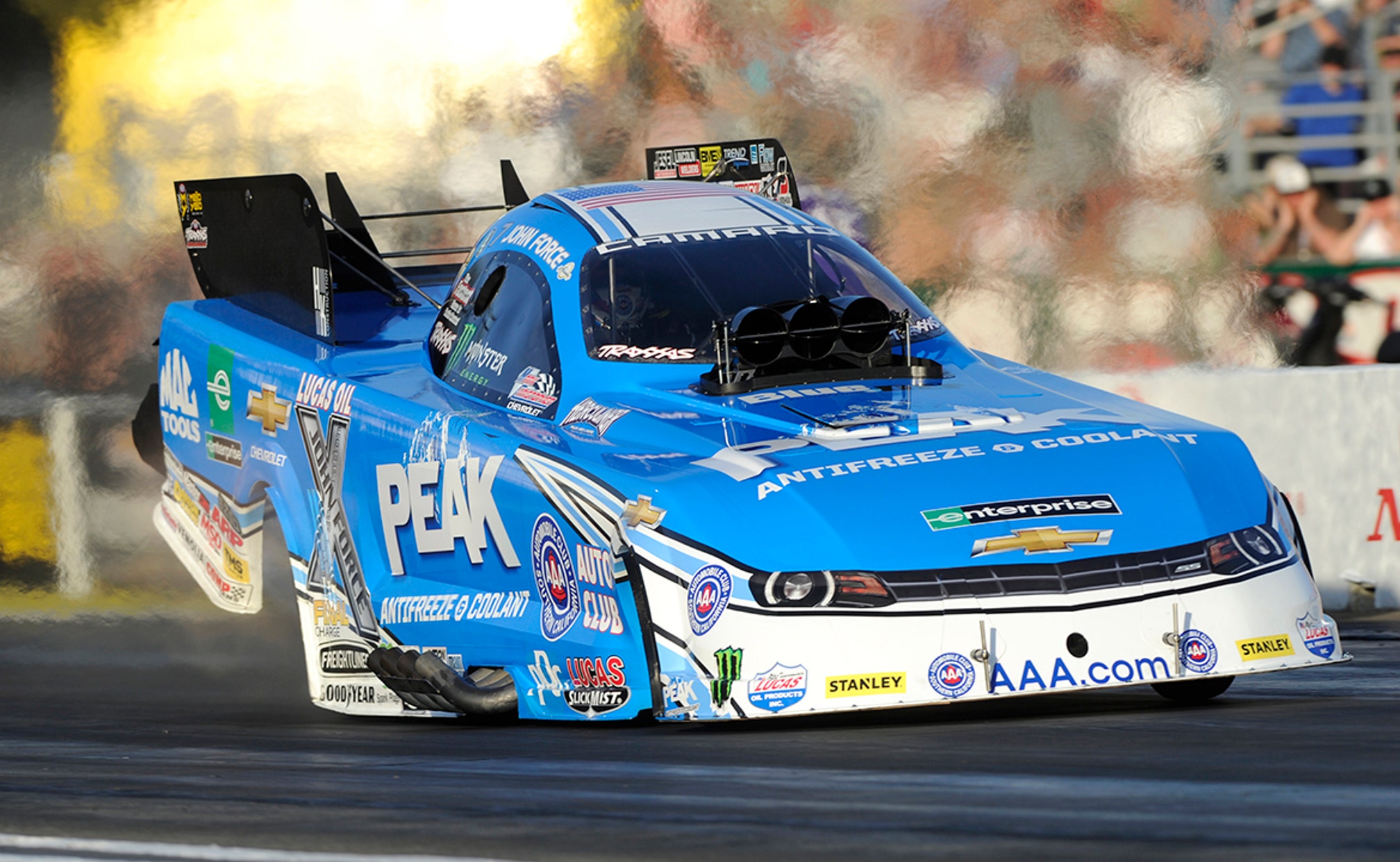 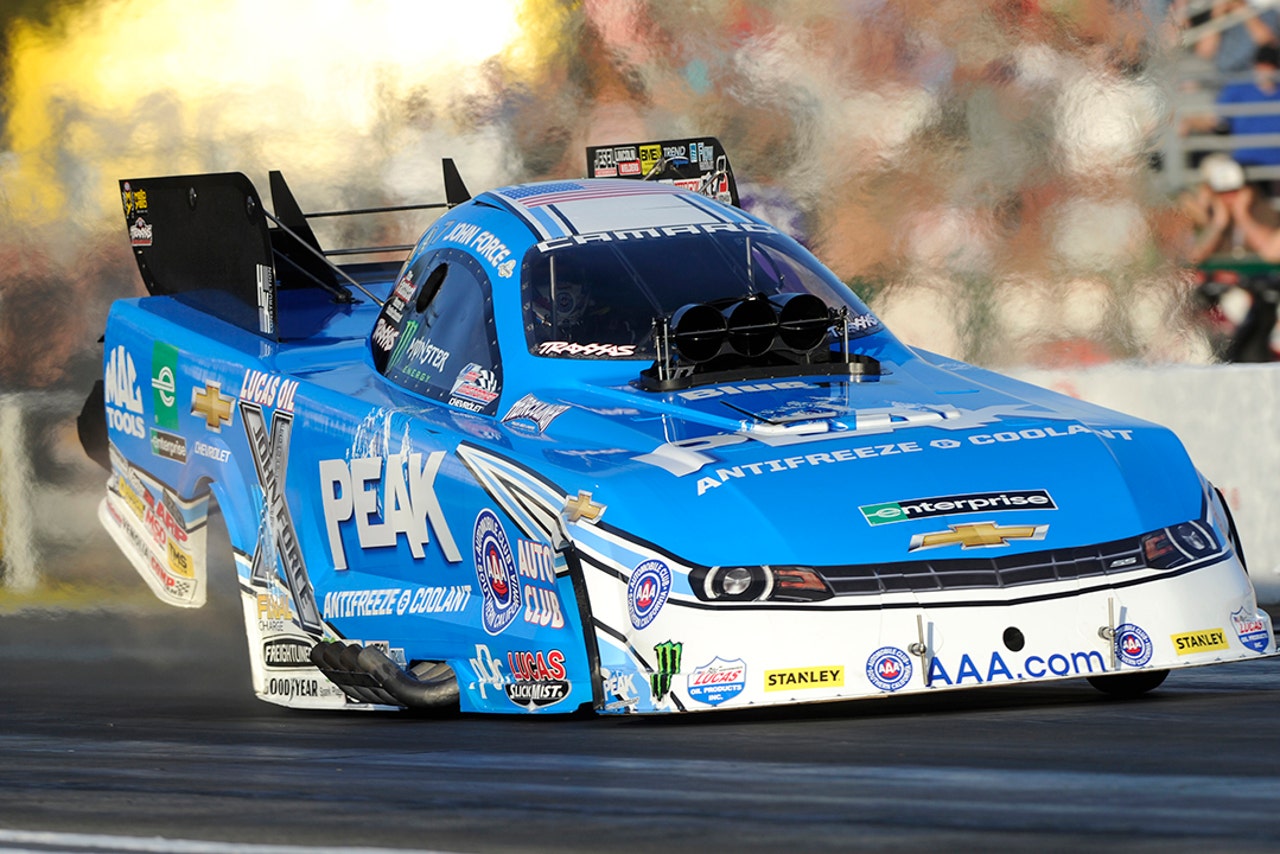 David and Goliath will both race in this weekend's NHRA TRAXXAS Nitro Shootouts during the Chevrolet Performance NHRA U.S. Nationals in Indianapolis.

Terry McMillen, a driver who has never won an NHRA Mello Yello Drag Racing Series event, and John Force, the winningest professional drag racer ever, will participate in the race within a race to win $100,000.

The consummate underdog McMillen will race in Saturday's Top Fuel portion while the 16-time champion Force will battle it out with seven other Funny Car drivers on Sunday.

"It's a blessed day," McMillen said. "Everybody has been supportive. It's been a fantastic ride. Most of all I want to thank all the fans, everyone at NHRA, and Mello Yello for making this happen. It's just going to be a great day and what an opportunity."

Both drivers were unable to earn their way into the shootout by winning one of the seven automatic berths, awarded to race winners, and instead had to rely on a lottery-style drawing for their opportunity to participate.

Fan voting took place on NHRA's Facebook page and lasted until Aug. 30. The fan voting determined how many lottery balls would be assigned to each driver for the drawing.

McMillen, who had third most fan votes at 17-percent, faces an ever steeper challenge in the first round as he faces Antron Brown.

On the other end of the spectrum, Force secured 63-percent of the Funny Car fan vote and faces Ron Capps, a driver he has only beaten once in five races this season.

"The bad news is that I got Capps," said Force, who has won the race twice and reached five finals. "But I want to say that these are some of the baddest hot rods in the land; Cruz and Beckman and Worsham. I need the practice. I need some more rounds, but I'm embarrassed. I love TRAXXAS, love what you do, but this isn't how I wanted to get here. I've never gambled in my life. I don't like luck. I don't play the luck game. I play strategy, and I've got to get my stuff together. "

In the other first round pairings in Top Fuel, Doug Kalitta, a three-time winner this season, will face Phoenix winner Leah Pritchett; Pomona winner Steve Torrence will race Shawn Langdon who won the Bristol event; and Brittany Force who won in Gainesville will face Denver winner Tony Schumacher.

1. Antron Brown vs. No. 8 Terry McMillen

2. Doug Kalitta vs. No. 7 Leah Pritchett

3. Steve Torrence vs. No. 6 Shawn Langdon

4. Brittany Force vs. No. 5 Tony Schumacher

2. Courtney Force vs. No. 7 Alexis DeJoria