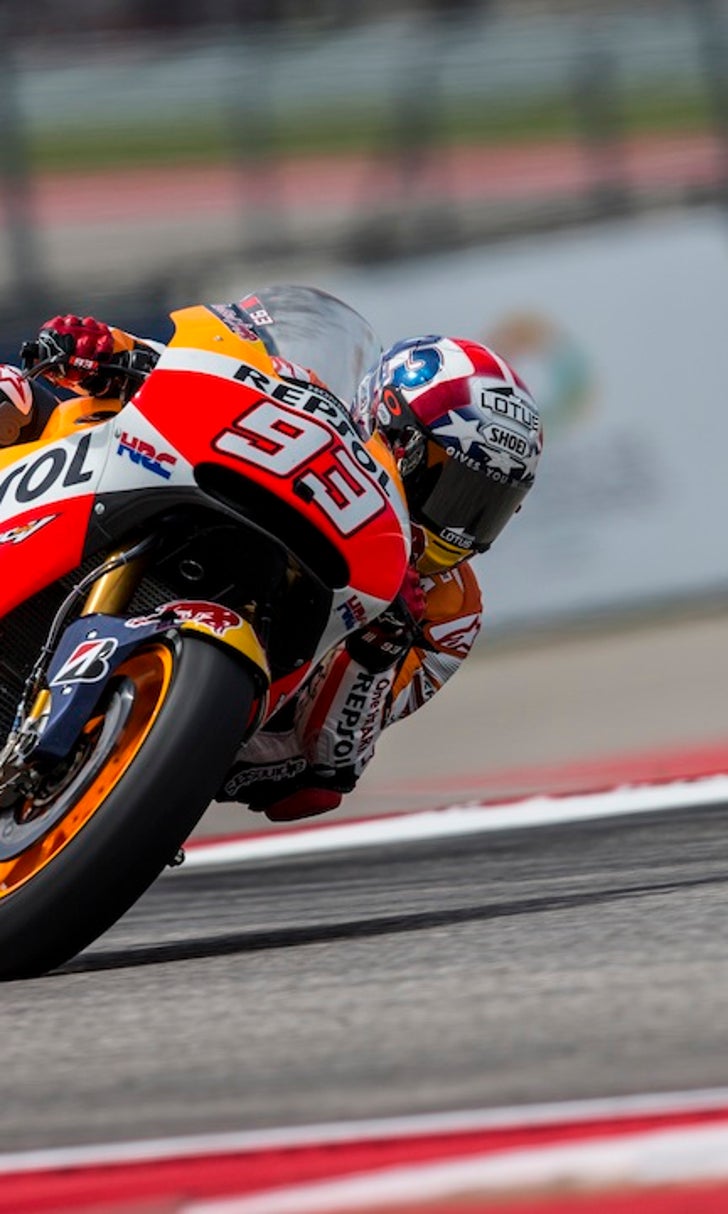 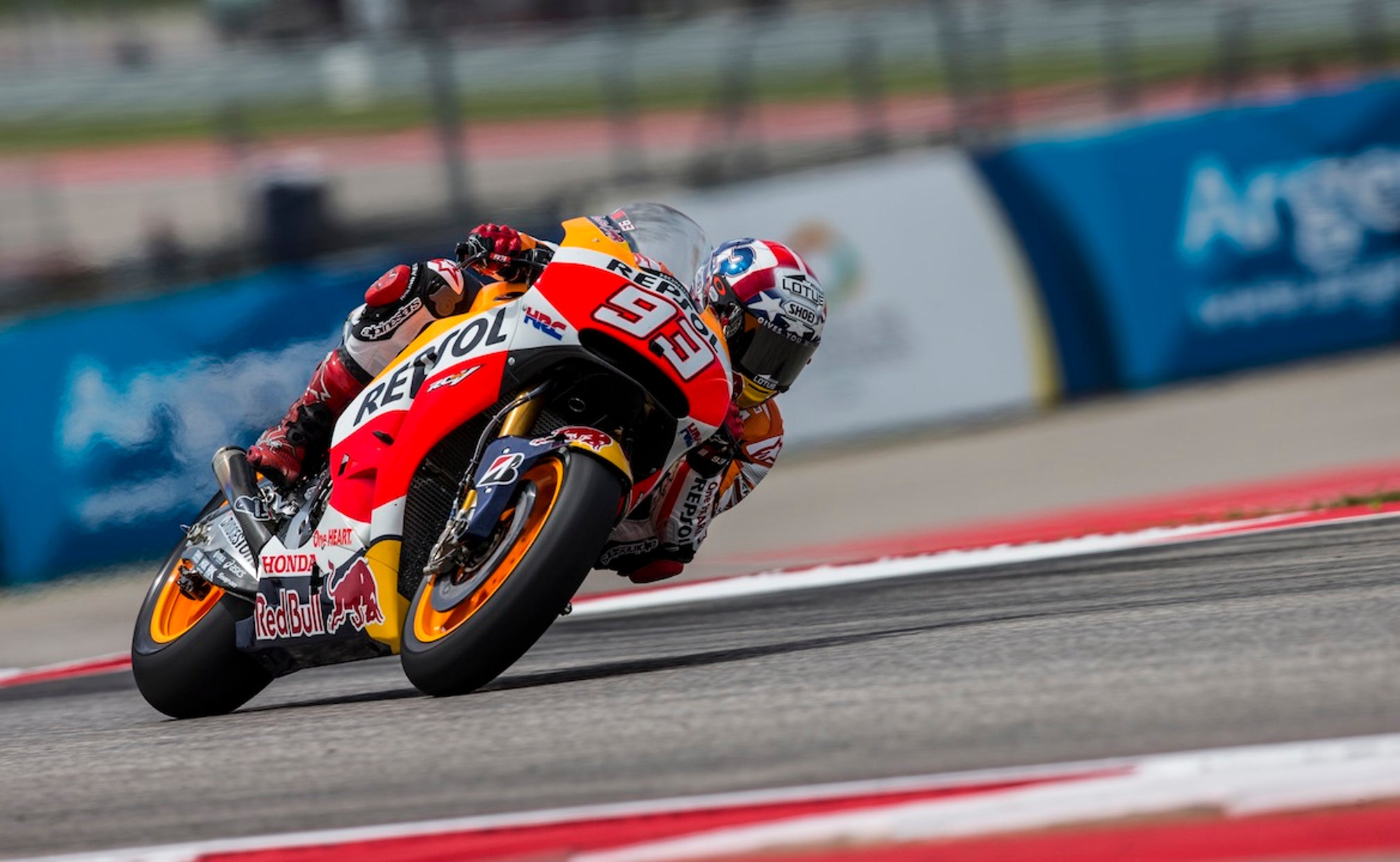 Marquez claims pole in dramatic fashion at Circuit of the Americas 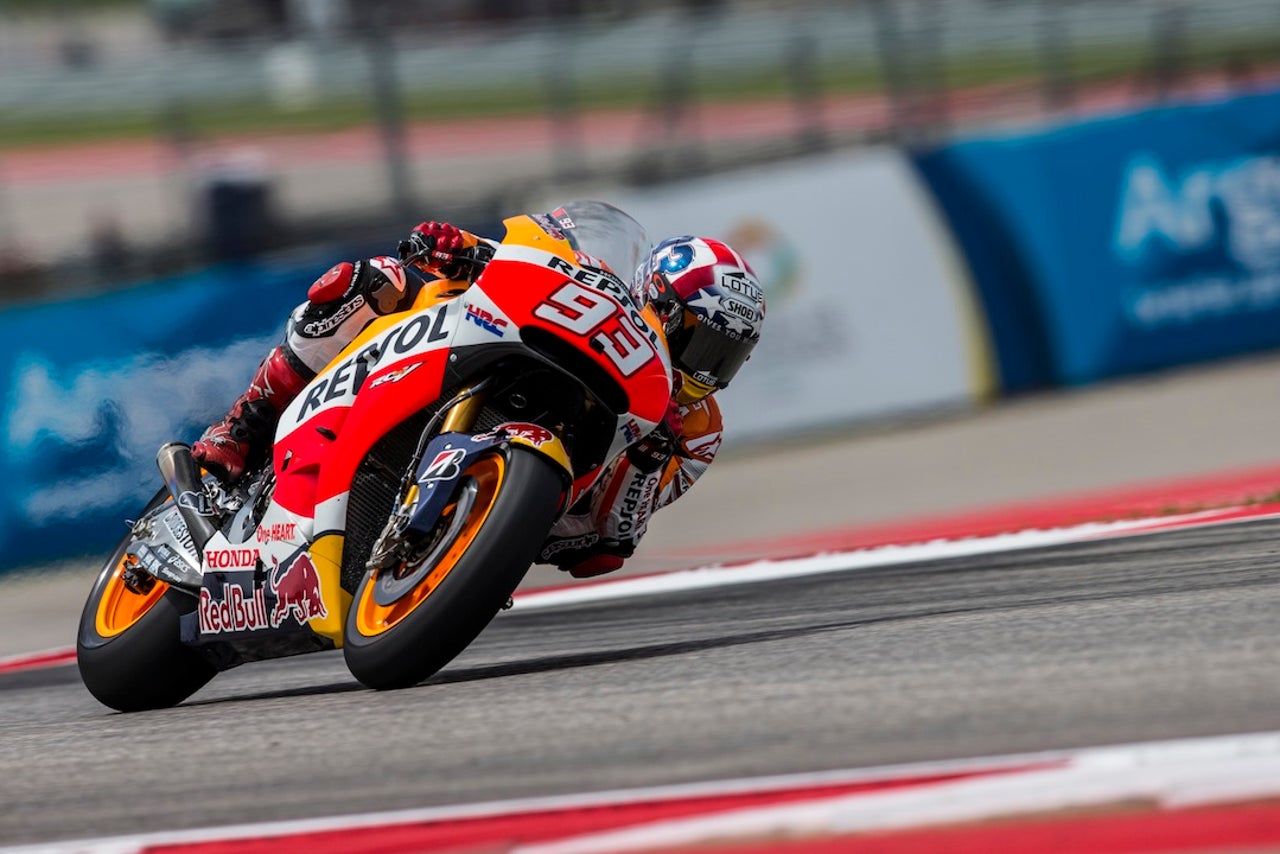 The reigning MotoGP World Champion had to run down the pit lane to retrieve his second bike with only seconds to spare as the clock ticked down on Q2.  Not even this could stop the Spaniard as he went on to set the fastest time on two wheels around Circuit of the Americas, a 2:02.135 — over sixth-tenths quicker than his previous lap record set in qualifying last year.

Marquez finished ahead of Andrea Dovizioso (+0.339s) on the Ducati Team GP15 and Movistar Yamaha's Jorge Lorenzo (+0.405s) who completed the front row.

Lorenzo's teammate Valentino Rossi (+0.428s) will start from the front of the second row, with Cal Crutchlow (+0.478s) and Scott Redding (+0.539s) on their Factory spec Hondas in fifth and sixth respectively.

The second factory Ducati of Andrea Iannone will start from seventh, with the Team Suzuki Ecstar of Aleix Espargaro finishing ahead of his brother Pol Espargaro.

Bradley Smith, Danilo Petrucci and Maverick Vinales will form the fourth row of the grid for Sunday's race.

Click here for the full results from Saturday's qualifying session. Coverage of the race can be seen on FOX Sports 1 Sunday at 1 p.m. ET/10 a.m. PT.