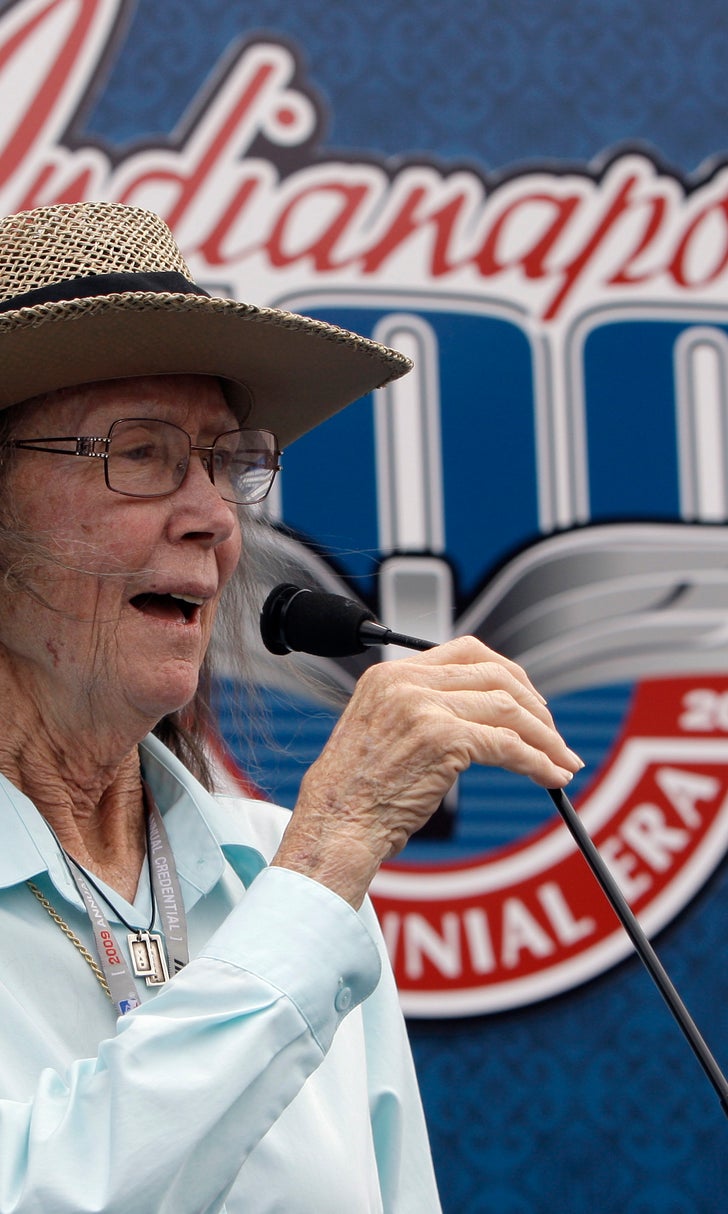 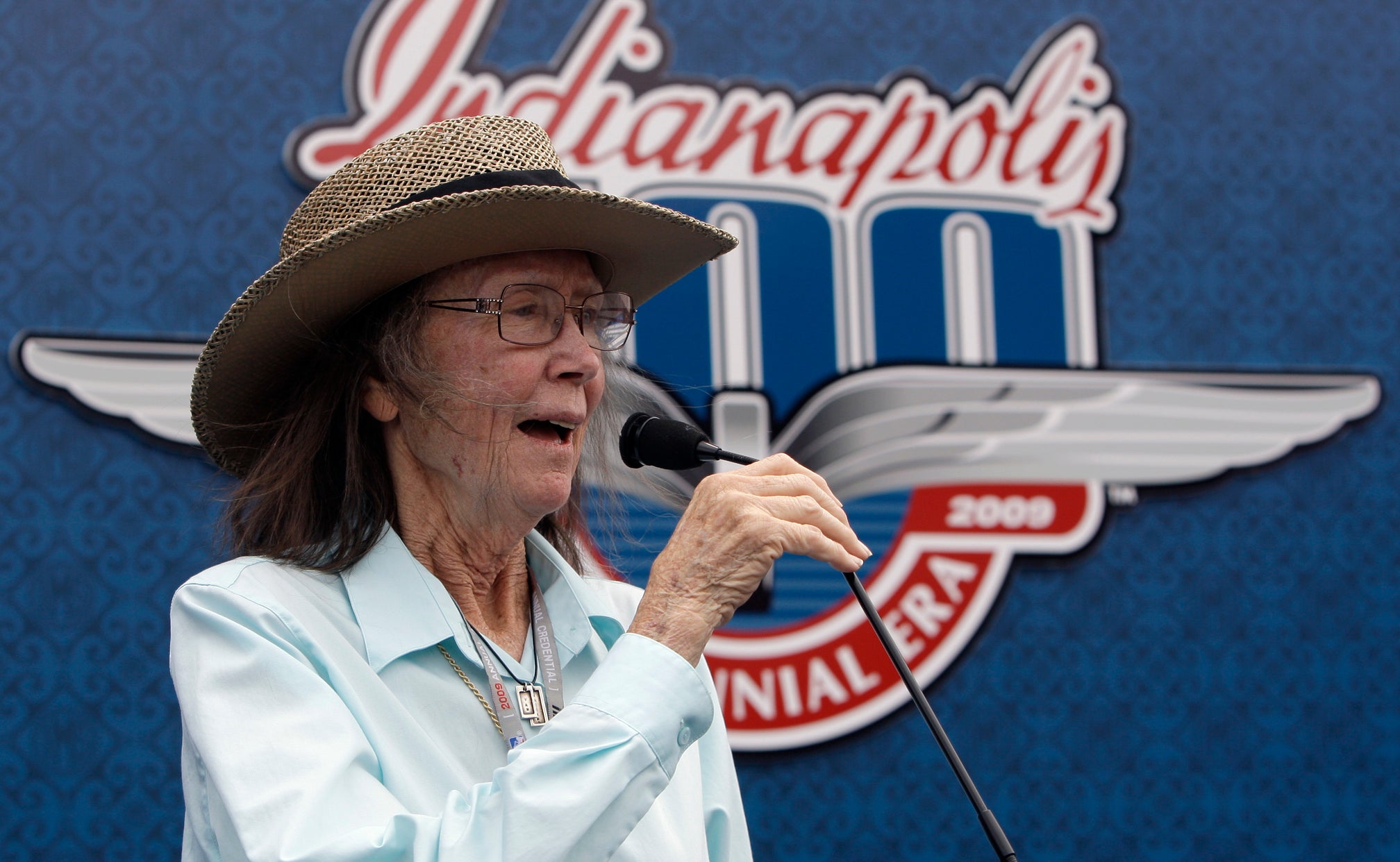 Mari Hulman George, the "quiet pioneer" of auto racing who was instrumental in the expansion of Indianapolis Motor Speedway and became known to millions of fans over the years as the one who ordered countless drivers to start their engines before races, died Saturday. She was 83.

Hulman George, the speedway's chairman of the board emeritus, died in Indianapolis with her family at her side, the speedway said in a statement.

"Our mother was such a unique, wonderful person. She loved her family, friends, auto racing and animals with equal passion," said Tony George, current chairman of IMS. "She was a quiet pioneer in so many ways, from owning a race team in the 1950s and 1960s to overseeing a period of tremendous growth and evolution while chairman of the board at IMS."

Hulman George was IMS chairman from 1988 through 2016. Her father, Anton "Tony" Hulman Jr., purchased the speedway in 1945 and saved it from demolition after World War II. Racing and the facility became a staple of Mari Hulman George's life.

Hers was a familiar figure and voice before the Indianapolis 500 and Brickyard 400 from the late 1990s until 2015.

"She was known by millions as the woman who gave the command to start engines for the Indianapolis 500 and other events at the speedway, but her true legacy will be the generous and kind philanthropy she learned from her parents," George said. "That compassion and desire to help people and animals every day are the true hallmarks of her incredible life."

"Her vision and guiding hand has been a driving force at the Indianapolis Motor Speedway and her love of motorsports, along with her compassion for everyone associated with racing, was unrivaled," he said. "We will all miss her leadership and her spirit."

Hulman George was immersed in auto racing and became friends with many drivers during her teenage and early adult years. She joined with longtime family friend Roger Wolcott to form the HOW racing team, which fielded American Automobile Association (AAA) and United States Auto Club (USAC) Sprint and National Championship cars for several drivers, including Jerry Hoyt, Eddie Sachs, Tony Bettenhausen, Roger McCluskey and Elmer George, whom she married in 1957.

George won the Midwest Sprint Car title in 1957 and finished third in 1956 and 1958. Mari Hulman George also co-owned an Indianapolis 500 entry in 1962 and 1963 that her husband drove. He finished a career-best 17th in 1962 and received relief help from Paul Russo and A.J. Foyt during that race.

"Racing is filled with passionate people, but you'd be hard pressed to find anyone more passionate than Mari Hulman George," said Tony Stewart, an Indiana native who grew up idolizing the Indy 500 and the speedway.

Born Dec. 26, 1934, in Evansville as Mary Antonia Hulman, she never ventured far from Indiana. Hulman George attended Purdue University and was an Indianapolis community leader with her stewardship of the speedway.

She launched numerous philanthropic efforts, including benefits for Indiana Special Olympics and complimentary field trips for Indiana's schoolchildren. She focused on the arts, health care and, in particular, animal care. She served on the board for Hulman & Company, IMS and the IMS Foundation, as well as First Financial Bank, a publicly traded company headquartered in Terre Haute.

Foyt lamented the loss of a friend he and his wife, Lucy, had known for decades. He recalled living with the Georges early in his career.

"We've been close for over 60 years. We spent many a Christmas together, our kids are about the same age so we had a lot of wonderful times together," he said. "We did a lot of things together and had a lot of fun. She's going to be dearly missed, especially by me."

Hulman George hosted for years two events during the lead-in to the Indianapolis 500. The "Racers Party" took place annually on the opening weekend of the "Month of May" for the entrants of the Indy 500, and a "Friends of the 50s and 60s" event was held the week between qualifying and the race to celebrate with racing veterans.

She welcomed all drivers to the parties, setting a standard for providing red carpet treatment to all past and present Indianapolis 500 competitors when they came to the track regardless of their stature with the public.

"Mrs. George was committed to the long-term health of the Indianapolis Motor Speedway as a treasured Indiana asset, and her stewardship as chairman set the tone for staff and others involved with IMS," said J. Douglas Boles, president of IMS.

In addition to son Tony George, she is survived by three daughters, a stepdaughter, seven grandchildren, nine great-grandchildren and longtime companion Guy Trollinger. She was preceded in death by her husband, Elmer, and a stepson. Funeral arrangements were pending.