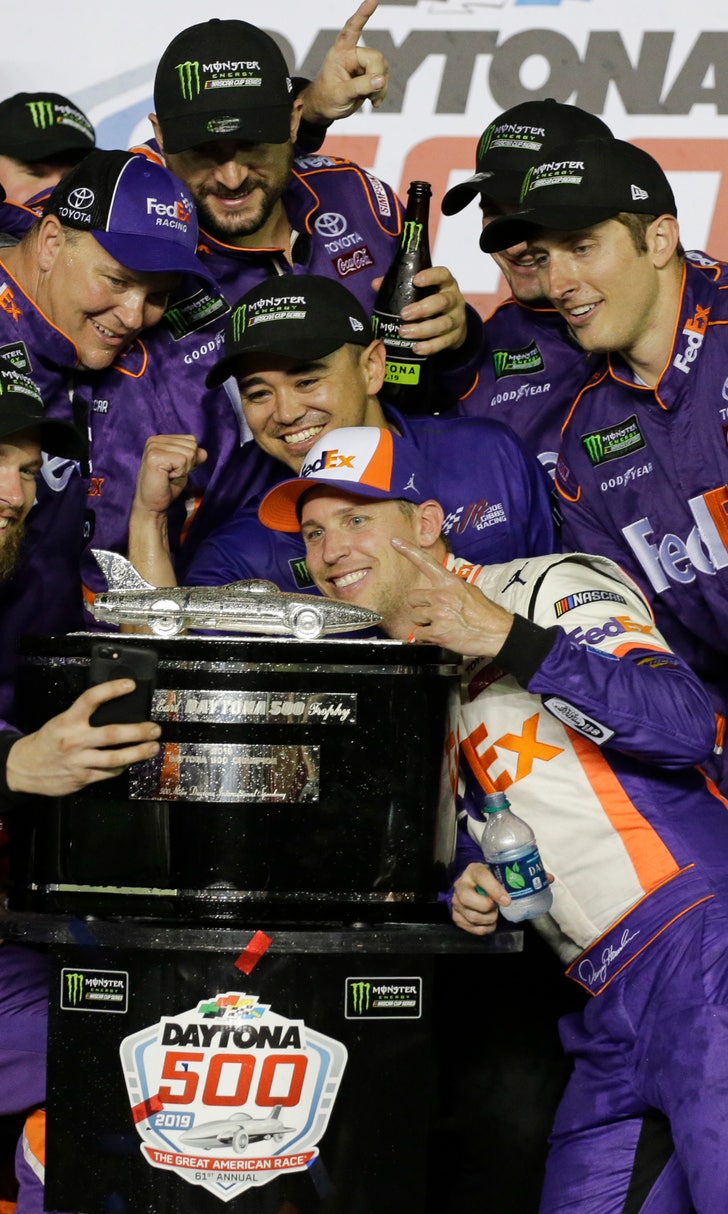 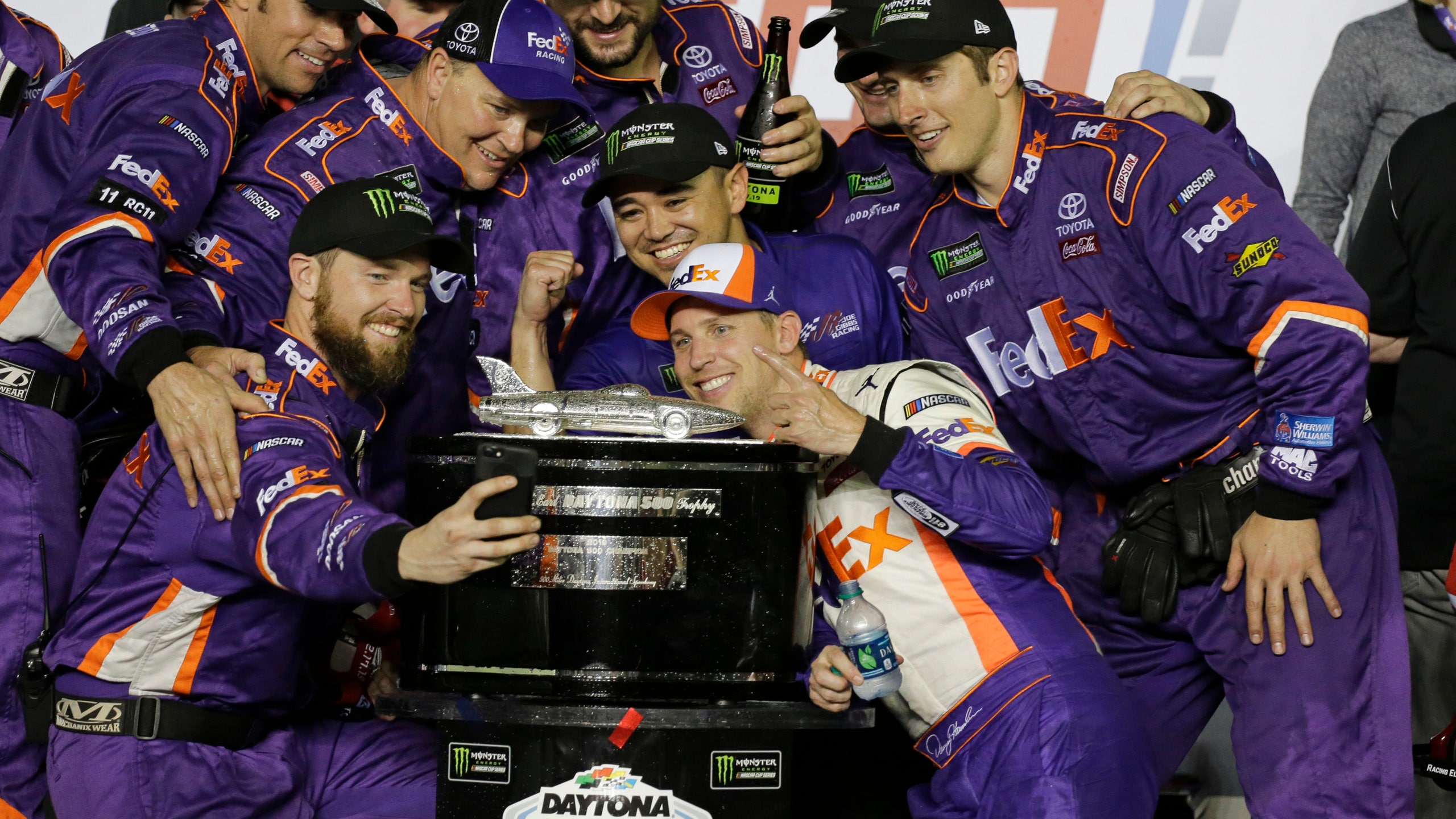 DAYTONA BEACH, Fla. (AP) — Joe Gibbs closed his eyes during a tribute lap for his late son, while crew members raised a banner to honor the co-founder of Joe Gibbs Racing.

J.D. Gibbs had been hand-picked by his father to run the organization, changed tires during the early seasons, had a brief stint as a driver, pushed for a pivotal switch to Toyota and discovered Denny Hamlin. He signed Hamlin to drive the No. 11, his number from his football days, and it is his name above the driver door on Hamlin's car.

When Hamlin crossed the finish line Sunday night to win his second Daytona 500 in four years, Joe Gibbs could not hold back what the moment meant to him. A Hall of Fame NFL coach with three Super Bowl victories ranked JGR's third Daytona 500 win as top.

"I know J.D. and everybody in my family was emotional."

Hamlin came to Daytona determined to honor his late car owner with a victory.

He delivered a storybook tribute.

Hamlin led JGR in a 1-2-3 sweep of the podium in overtime and was met in victory lane by the entire Gibbs family, including J.D.'s widow and four sons.

"He meant a lot to me and it's hard for me not getting choked up because I've been choked up about 100 times about it," Hamlin said. "Just to have Melissa (Gibbs) and all the kids here, it's just crazy."

Kyle Busch and Erik Jones finished second and third as JGR became the second team in NASCAR history to sweep the Daytona 500 podium. Hendrick Motorsports did it in 1997 with Jeff Gordon, Terry Labonte and Ricky Craven.

"He's got two, I've got none, and that's just the way it goes sometimes," Busch said.

But he reiterated the JGR and Toyota goal of working together to win the race and noted he didn't have much of a shot at beating Hamlin because the field had been decimated by a flurry of late accidents.

"Was trying to make sure one of us gets to victory lane, first and foremost," Busch said. "There wasn't enough cars out there running at the end. I don't know how it would have played out."

Hamlin and Busch alternated as the leaders during the handful of late restarts, and the final rush to the checkered flag was a push to hold off Ford driver and reigning NASCAR champion Joey Logano. The Ford camp went 1-2-3 in both of Thursday's qualifying races and was favored to win the Daytona 500.

Logano, who started his career at JGR, settled for fourth and also took a moment to honor J.D. Gibbs.

"I'm not a Gibbs driver but for what J.D. has done for my career is the reason why I'm sitting here today," Logano said. "As bad as I want to win it, it is pretty cool to think that the first race after his passing, to see those guys one, two, three, it just says he's up there watching and maybe gave (those) guys a little extra boost there at the end."

Hamlin last year suffered through his first winless season in the Cup Series and made a crew chief change during the offseason. When he won the 500 in 2016 it was his debut race with crew chief Mike Wheeler, and this victory came in his first race with Chris Gabehart.

Hamlin's first Daytona 500 victory was in a photo finish against Martin Truex Jr. and the celebration was a blur. This one, he said, he will enjoy.

"I think I was so dumbfounded about everything that happened the first time with the photo finish and everything," Hamlin said. "This one lets me soak it in a little bit more. I'm going to have a terrible hangover tomorrow, but I'm going to enjoy it the rest of my life."