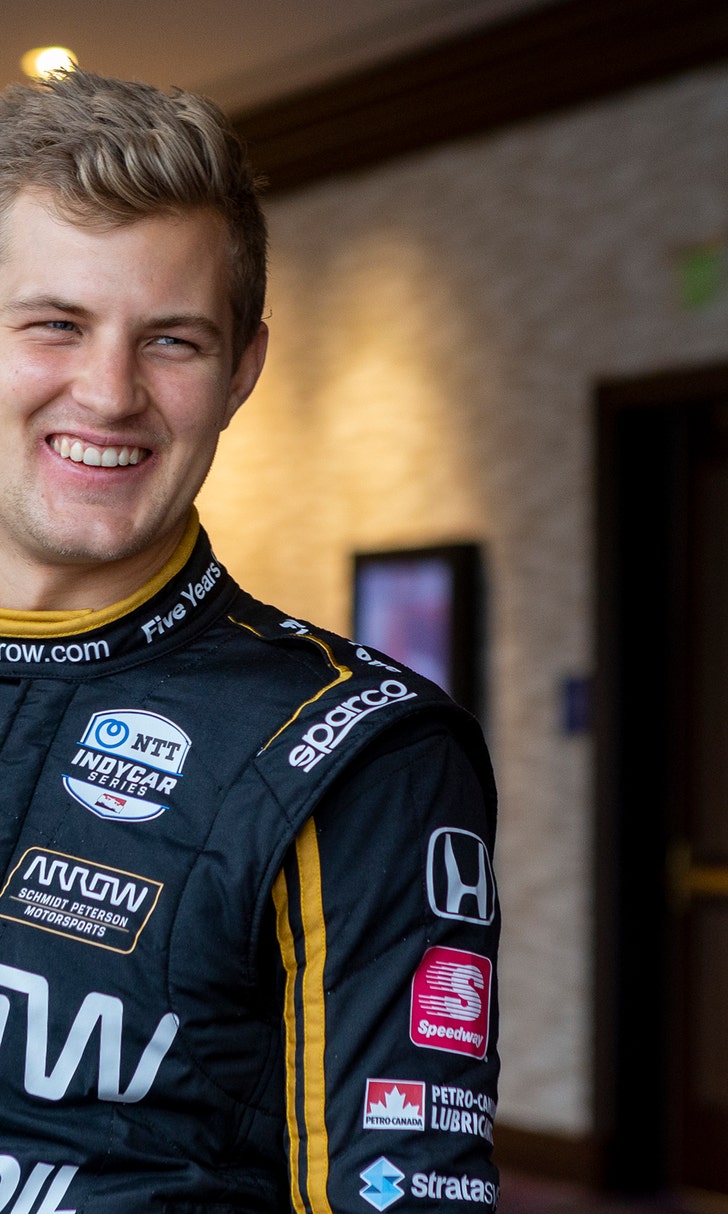 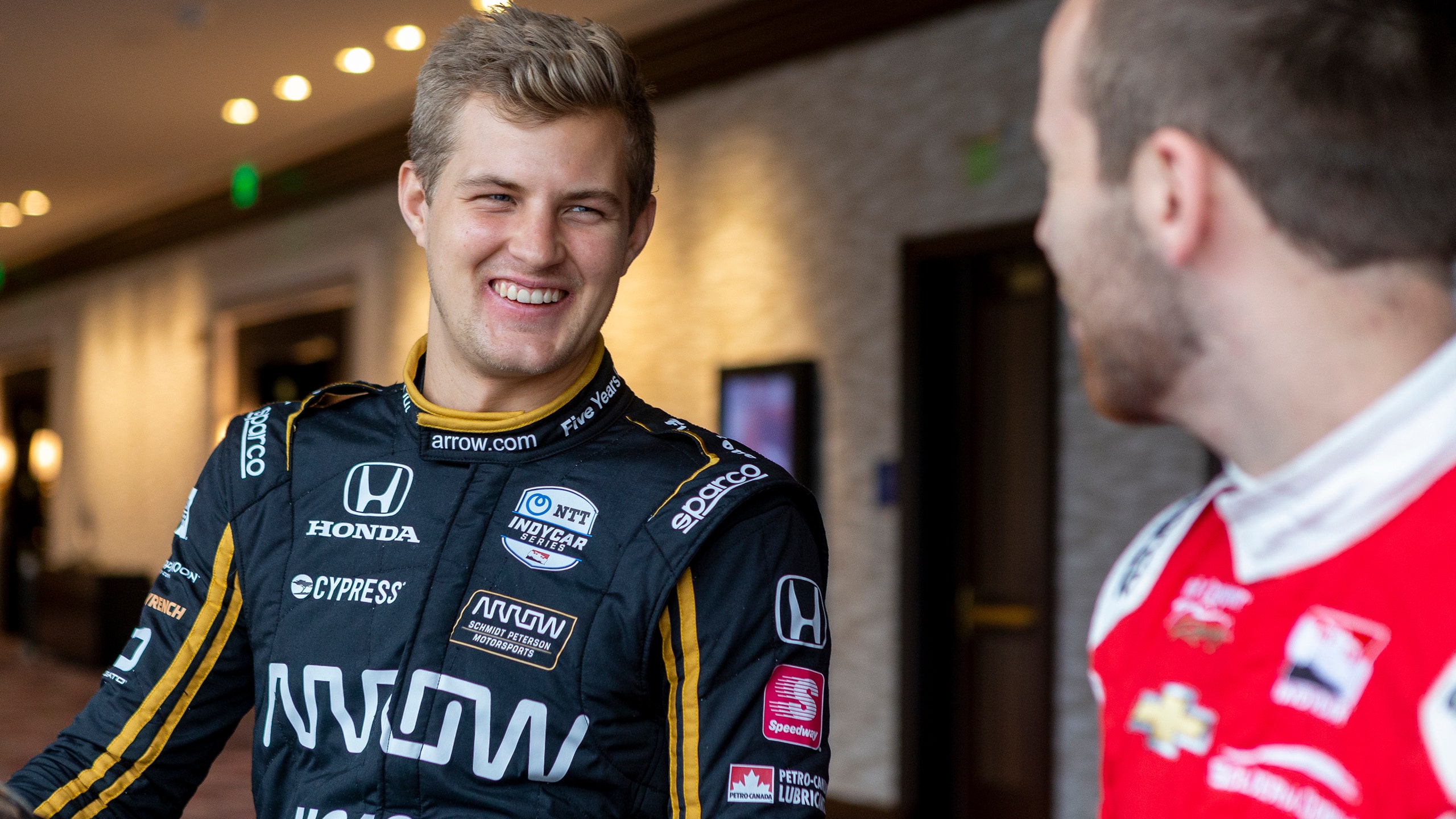 IndyCar revving up tons of momentum for 2019 season

AUSTIN, Texas (AP) — IndyCar heads into 2019 with everything going in the right direction.

The series has a new long-term sponsor in Japanese communications giant NTT. Tire manufacturer Firestone has extended its supplier deal for five more years. A new broadcast deal with NBC is set to launch.

On the track, an already deep driver pool keeps adding veteran and rookie talent. And the series has added a new stop in Texas while bringing back an old favorite in California. IndyCar has even been exploring a return to Australia and possibly adding another international event to the American open-wheel series.

For longtime driver and 2004 series champion Tony Kanaan of A.J. Foyt Racing, all signs point to a spectacular season that will open with Scott Dixon defending his fifth championship.

"Since I've been around ... this is the best year I've ever seen," Kanaan said Monday. "By a long shot."

The 17-race season starts March 10 in St. Petersburg, Florida, before making its debut two weeks later at the Circuit of the Americas. The series was in Austin, Texas, for its preseason media day Monday, and for two days of testing on the 3.4 mile (5.5 kilometer) road course that was built for Formula One and has been hosting that series' U.S. Grand Prix since 2012.

The contract with NTT settles the title sponsorship after two years of trying to replace Verizon, which pulled out after a five-year partnership. The new broadcast rights deal moves the crown jewel of the season, the Indianapolis 500, away from ABC for the first time in 53 years and puts the entire series on one network with a promise of more consistent and broader exposure.

The new deal puts eight races on NBC and the other nine on its cable sports network, NBCSN.

"I was climbing the ladder when this thing was falling apart," said 2012 champion Ryan Hunter-Reay of Andretti Autosport. "(Now) there's so much momentum in this sport: the class of competition, the caliber of teams, the support of sponsors. It's pretty awesome to see this sport where it should be."

The new race in Texas and the return to Laguna Seca in Monterrey, California, for the season finale gives IndyCar a taste for new fans and old. The Texas track had long coveted hosting IndyCar but had been frozen out by a geographic exclusivity clause the series had for years with Texas Motor Speedway in Fort Worth.

Circuit of the Americas President Bobby Epstein has vowed that his track will make a splashy debut for the March 24 race and has said he wants it to have the second-largest purse behind the Indianapolis 500, including a $100,000 bonus if the pole winner also wins the race.

This year's Indianapolis 500 will be the 50th anniversary of Mario Andretti's sole victory there. And it will see former Formula One champion Fernando Alonso return in his quest to claim auto racing's Triple Crown of winning the Monaco Grand Prix, the 24 Hours of Le Mans and the Indy 500. Alonso made a strong bid to win in 2017 before a late-race engine failure.

Andretti's son, Michael, failed to win in Indy, and grandson Marco Andretti said Friday a victory this year would be the perfect way to mark the anniversary.

IndyCar has a handful of drivers with Formula One experience and is adding more. Sweden's Marcus Ericsson, who lost his seat at his old F1 Sauber team, joined Arrow Schmidt Peterson Motorsports. Ericsson is already eyeing his first start at the Indy 500.

"I spoke with Alonso about it. He said, 'You will love it, it's an amazing experience,'" Ericsson said.

Carlin's Max Chilton, who made the switch from F1 in 2015, predicted Ericsson will be fine on the road courses but will have to adjust to the ovals.

"It's very daunting. F1 cornering speed is quicker. IndyCar (on ovals) is crazy fast and the walls are right there," Chilton said. "He'll be fine."

Notes: Reigning Indy Lights champion Patricio O'Ward of Mexico said he had left new team Harding-Steinbrenner Racing and will be looking for a new seat for 2019. O'Ward didn't give a reason but said the team had agreed to let him out of his contract. Teammate Colton Herta said he didn't know why O'Ward left.

"The news came as a bit of shock to me. It's tough. We pushed each other," Herta said. "He's a good driver. He'll find something else."