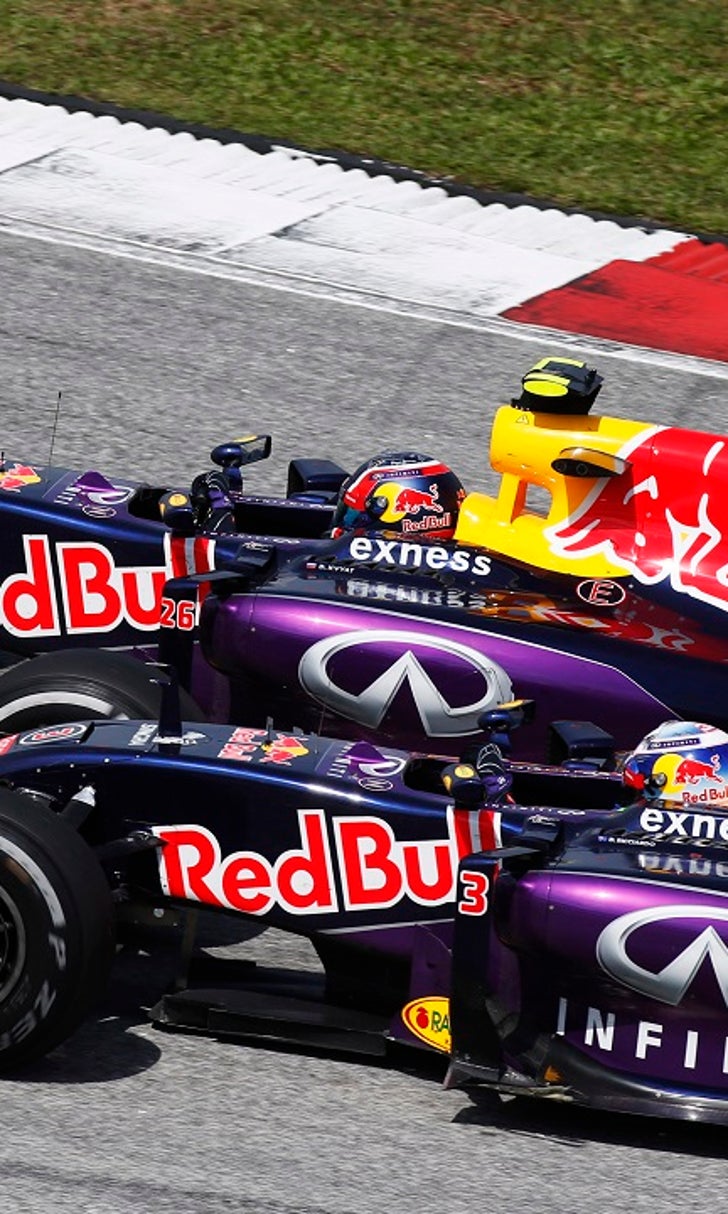 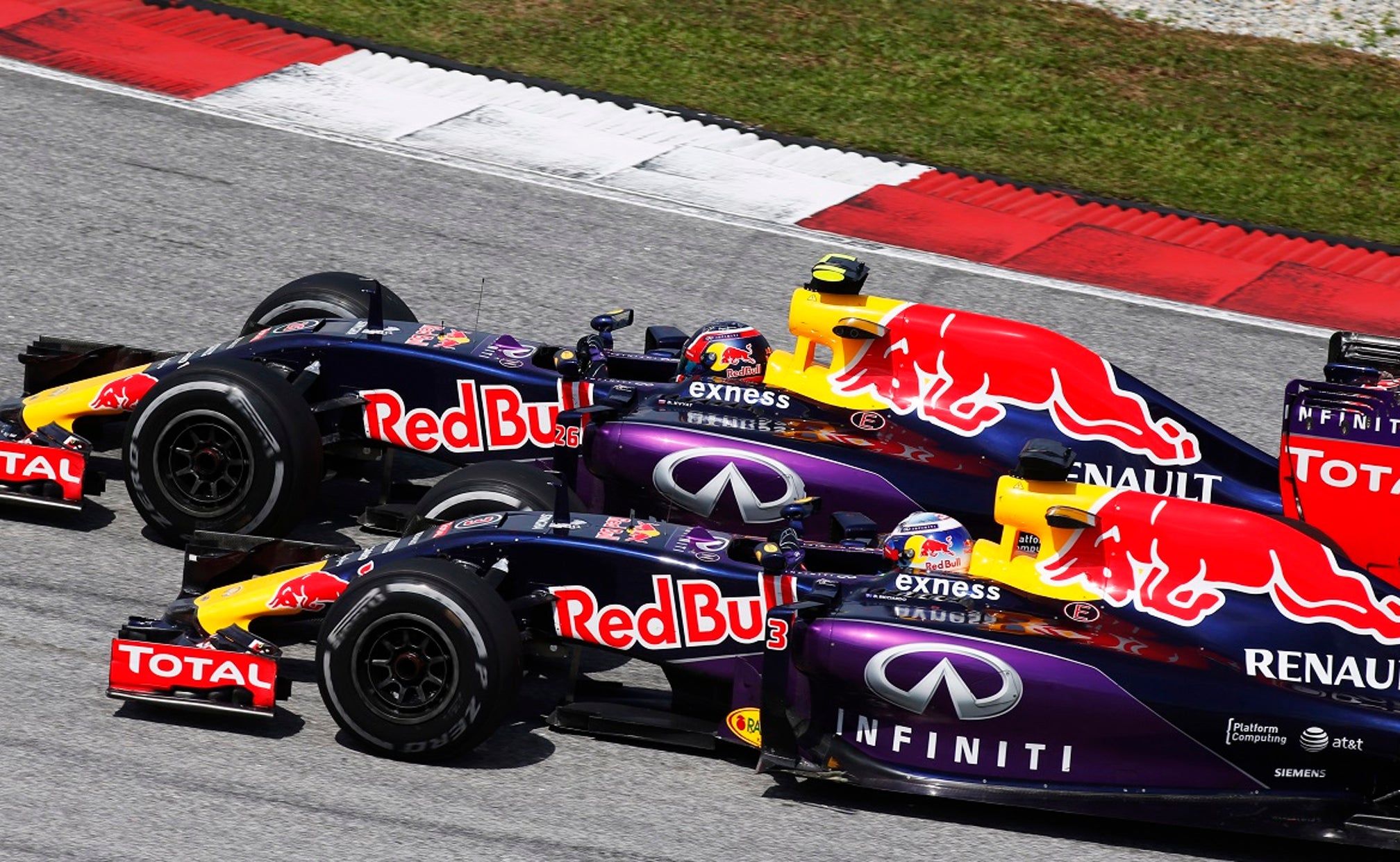 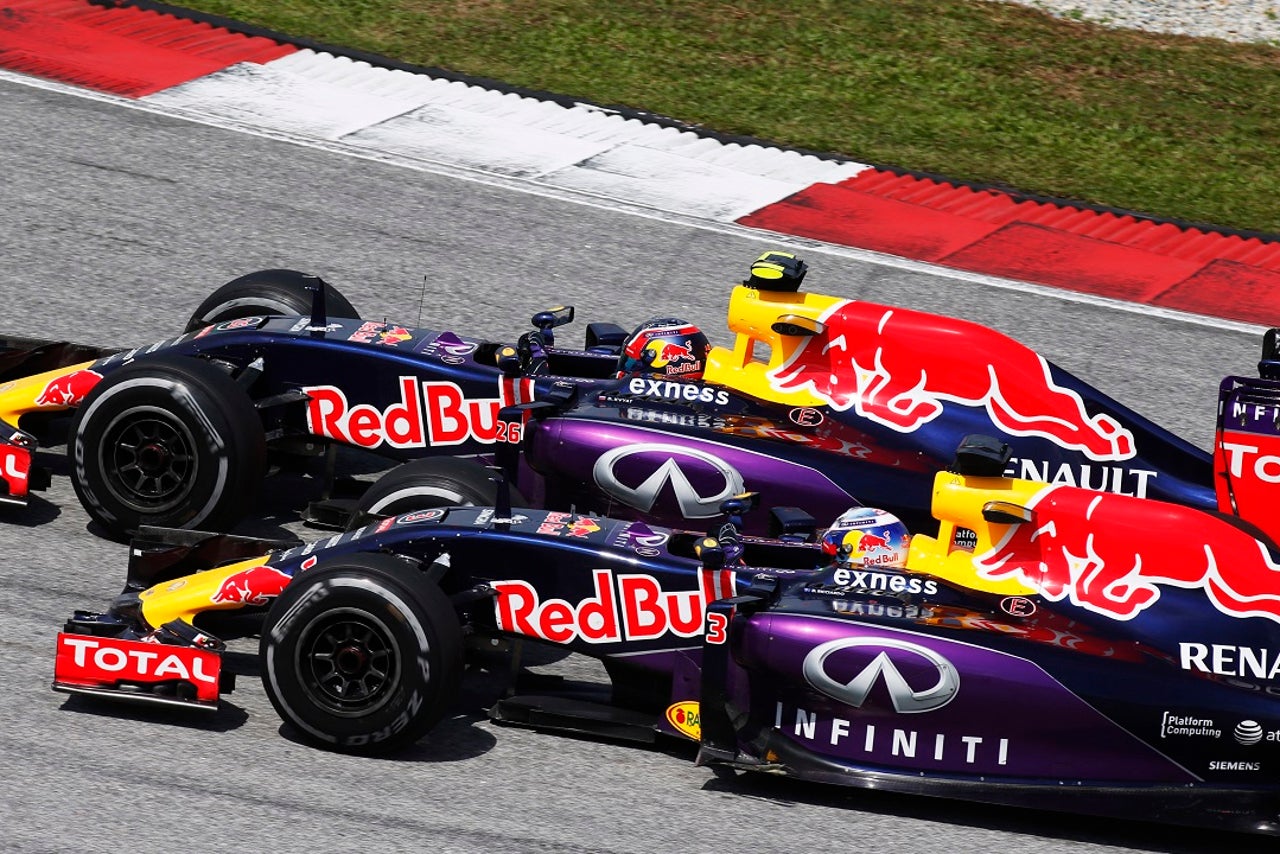 GRANOLLERS, Spain -- After just five races, Red Bull team principal Christian Horner calls the season "pretty much of a write-off" with his team stuck in "no man's land" as it struggles with Renault engine reliability and performance.

"It is not enjoyable being in a Grand Prix like today when you are just going around, you're not racing," Horner said. "We want to get back. The frustration is that not all of it is in our hands. We are relying on our partner."

Ricciardo has already used his four allocated engines for the season, Kvyat has used three. Teams face grid penalties if they use more than four.

"This year is pretty much of a write-off, you have just got to go for it, even if you end up using 20 engines," Horner said. "It is far easier to make a fast engine reliable than a reliable car fast."

Red Bull swept the drivers' and constructors' championships when Sebastian Vettel -- who now drives for Ferrari -- won four straight titles from 2010-13. That seems a long time ago with Red Bull currently fourth in the constructors' race and already trailing Williams by 51 points and second-place Ferrari by 102.

"The step we need to get on the back of that group can't be done just with the chassis," said Horner, indicating that he expects more engine power from Renault. "It is a positive that we got four engines to the finish -- that is a step forward from previous races. Reliability has taken a step forward, so focus desperately needs to turn to performance."

There is lingering friction between Red Bull and Renault.

Earlier in the season, Red Bull owner Dietrich Mateschitz even threatened to pull out of F1 if Renault does not make its engines more competitive.

"I think they know what the deficit is, the question is how are they going to make it up? That is the bit they don't know at the moment," Horner said. "We want it as soon as possible but Renault are nervous about reliability, so I think it will still be the second half of the year before we see anything significant."