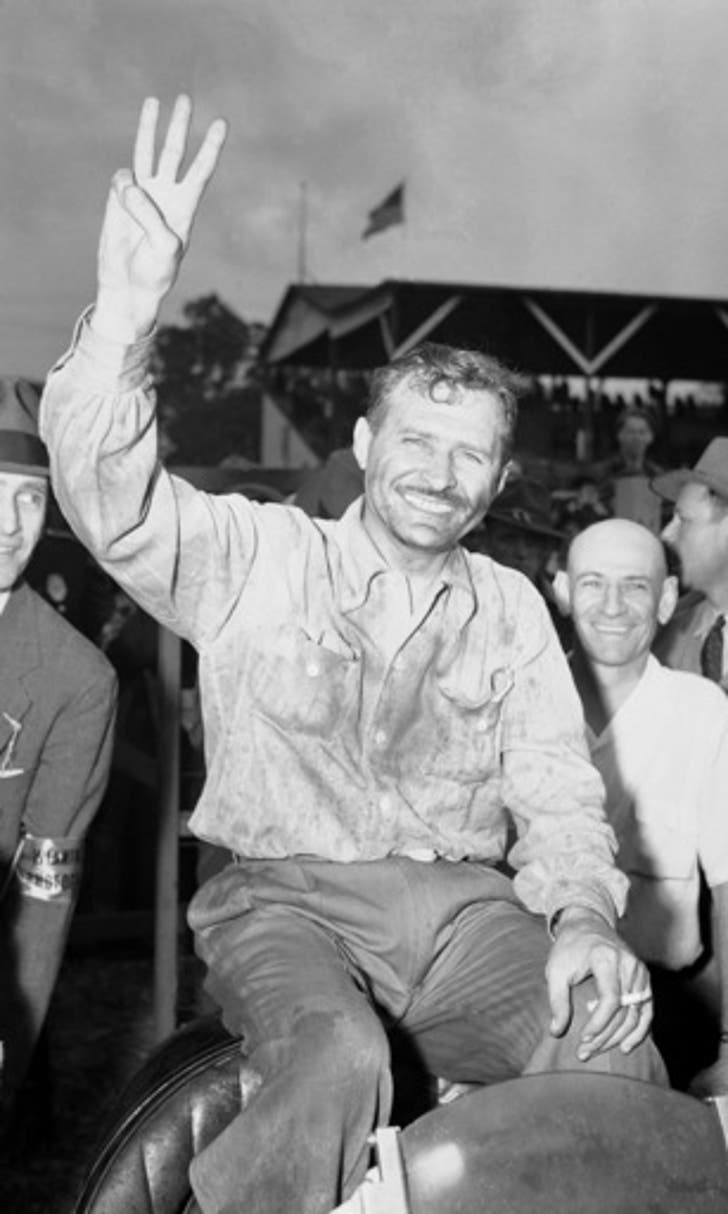 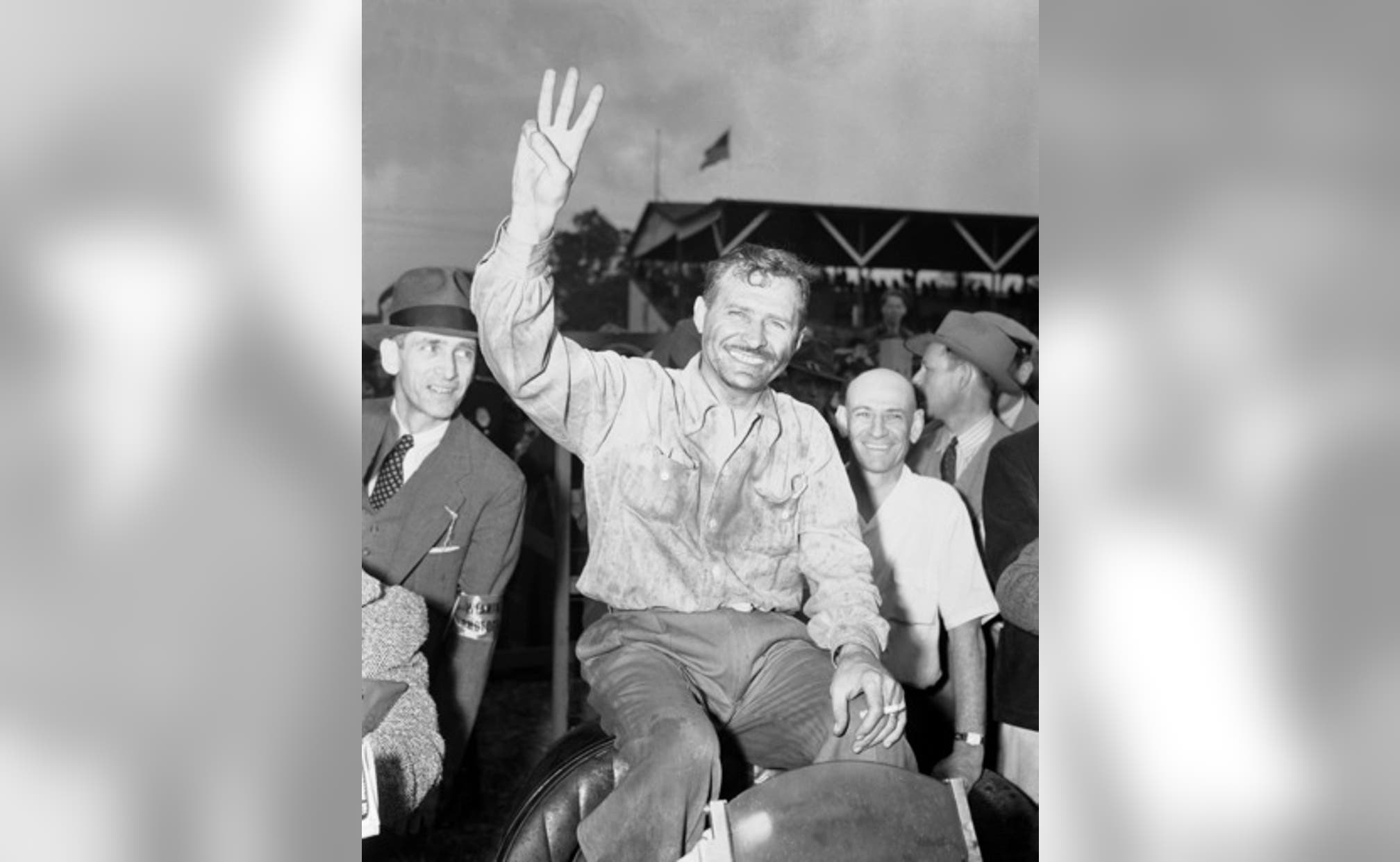 Highlights from the 28th running of the Indianapolis 500 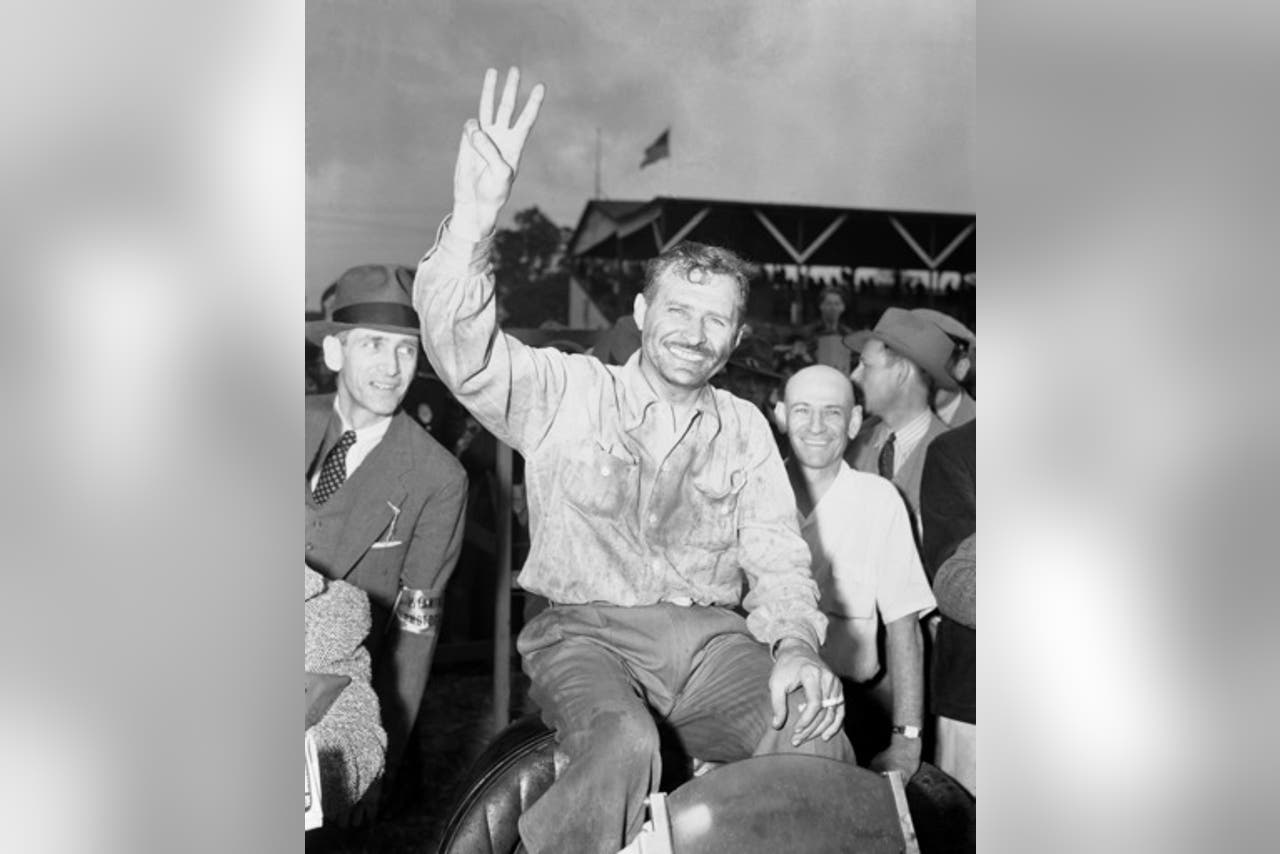 WHAT HAPPENED: Wilbur Shaw won his third title in four years, tying Louis Meyer's record victory total. Shaw took the lead on Lap 105 and never trailed again as the final 50 laps were run under yellow because of rain. In all, Shaw led 136 laps and beat pole-winner Rex Mays. It marked the seventh consecutive time Shaw finished in the top seven and the fifth time in six years that he was first or second.

NOTABLE: Shaw became the first back-to-back winner and he won both races in the same car. It was also the only time from 1936-48, a span of nine races, that Ted Horn failed to complete all 200 laps. Horn finished 199 laps in 1939 and finished fourth.