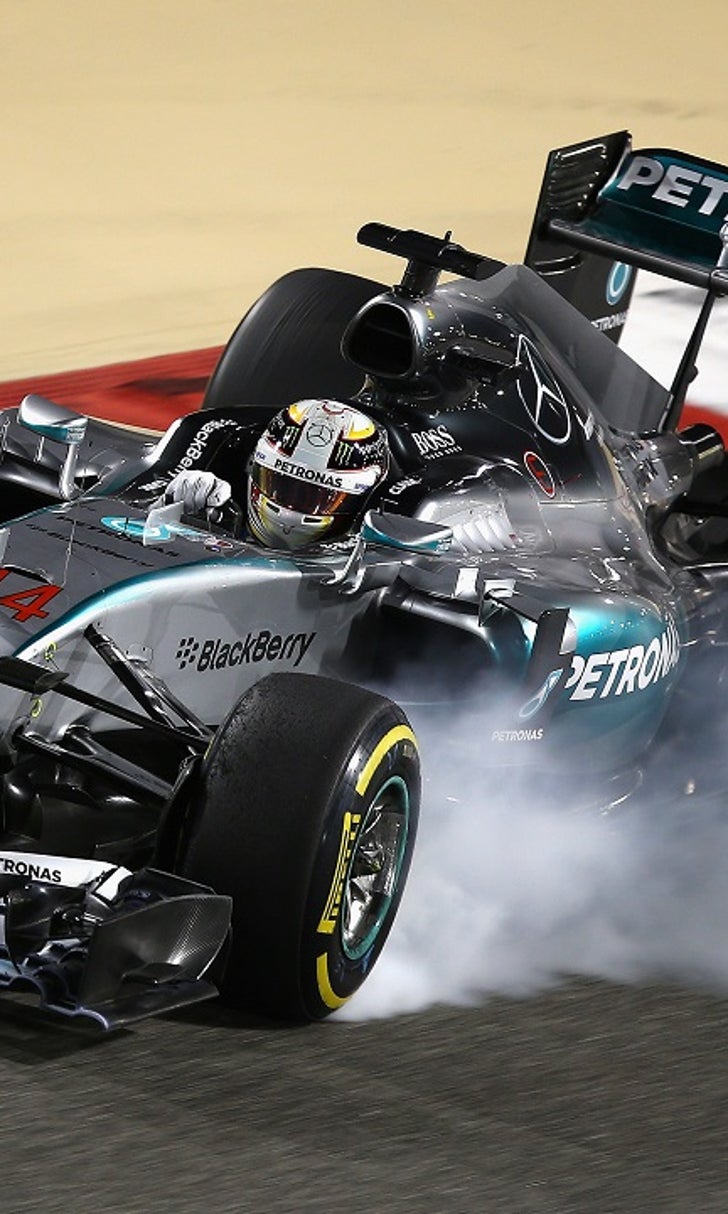 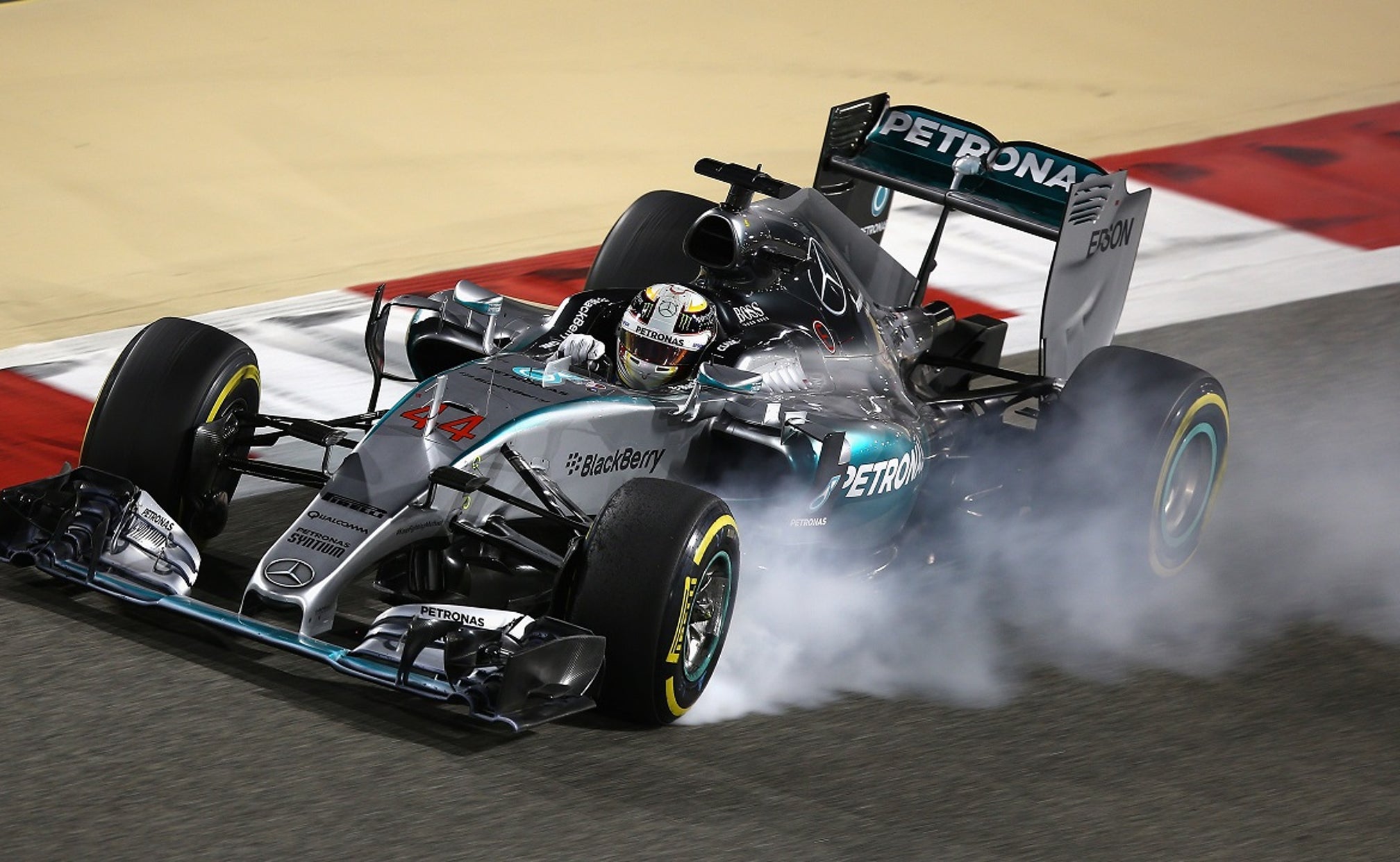 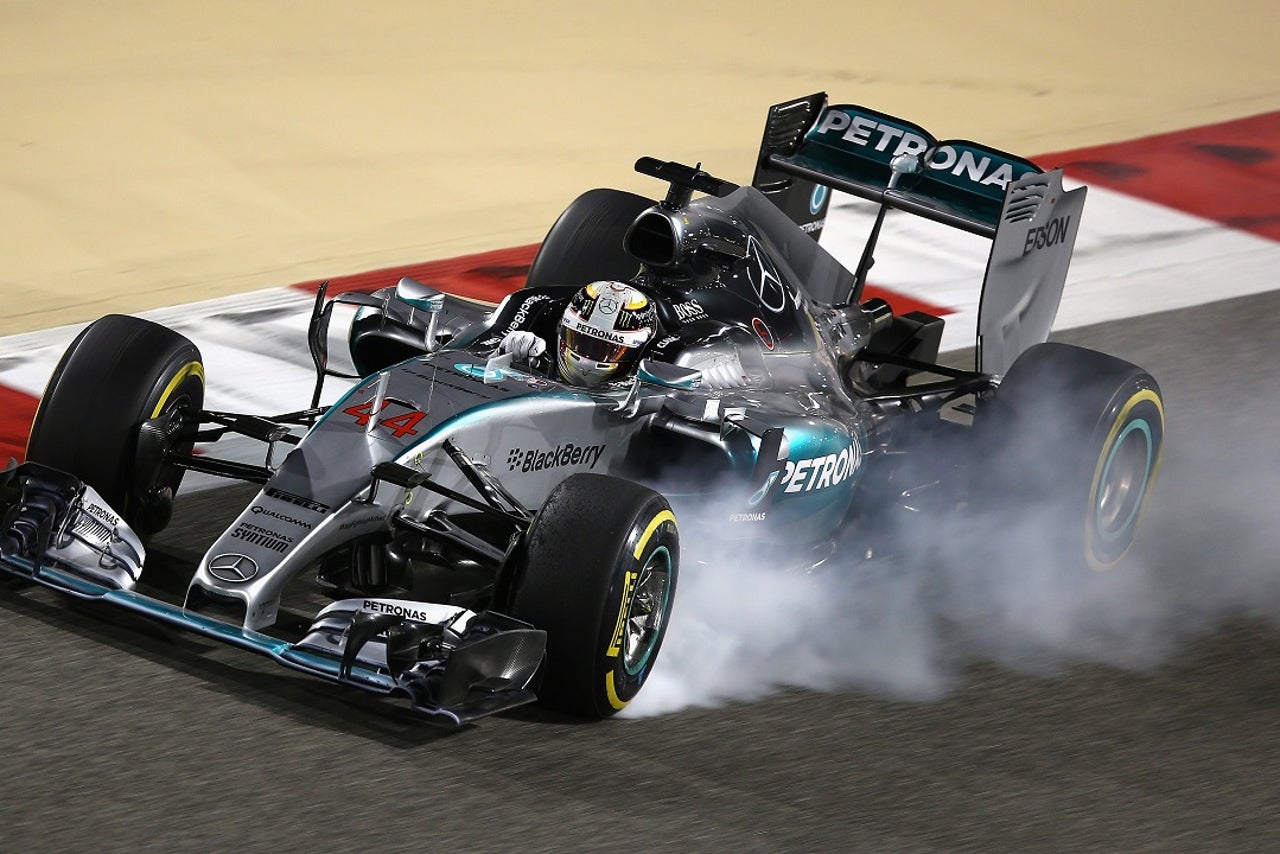 Defending champion Lewis Hamilton won the Bahrain Grand Prix from pole position on Sunday to strengthen his overall lead in the Formula One standings with his third win in four races this season and 36th of his career.

The British driver started from pole for the first time in the desert race under floodlights and was largely untroubled, finishing ahead of Ferrari's Kimi Raikkonen and his Mercedes teammate Nico Rosberg, whose braking problem with two laps remaining let in Raikkonen.

"Ferrari gave us a really good run for our money and we will need to keep pushing as a team," Hamilton said. "We're trying to win both championships. So we won't be 100 percent happy because we wanted to finish 1-2."

Ferrari's Sebastian Vettel, the only driver to beat Hamilton this year, looked set for a podium position until a late front wing change ended the four-time F1 champion's chances and he placed fifth behind Valtteri Bottas.

Jenson Button, last in Saturday's qualifying, did not start due to a technical problem, while Brazilian driver Felipe Massa stalled his car on his formation lap due to an electrical problem and started from the pit lane.

A late brake problem slowed Hamilton down a little on the final lap, but he crossed the line 3.3 seconds ahead of Raikkonen and 6 seconds clear of Rosberg -- last year's runner-up -- who has now won only once in the past 15 races.

Hamilton has won nine of the past 11 races and is chasing a third title. He stood on his Mercedes and pumped his fist in the air before leaping into the arms of his crew. He then jumped up and down in delight as he climbed onto the podium.

Raikkonen was 1.1 seconds behind Rosberg with two laps to go and overtook him on the outside after Rosberg went far too wide on a turn, prompting jubilant cheers in the Ferrari garage.

Rosberg said he lost his brakes at that moment and team principal Toto Wolff said the team would analyze why both cars lost brake power.

"It was a shame for Nico," Wolff said. "He did some great overtaking."

Rosberg tried to fight back, but it was too late to stop the 35-year-old Finnish driver from getting his first podium in 26 races -- the last was in Korea two years ago.

Meanwhile, Australian driver Daniel Ricciardo just about got over the line in sixth place as his engine blew near the end of the final lap.

With sparks lighting up the night sky, Hamilton started well, holding off Vettel on the inside, while Raikkonen got ahead of Rosberg after the first turn.

"I got caught out a bit by Kimi at the start," Rosberg said. "After that the car felt awesome."

Hamilton gradually pulled away from Vettel, increasing his lead to four seconds heading into the ninth lap, which is when the hard-chasing Rosberg got ahead of Vettel on the inside to move into second place.

Vettel was the first of the front-runners to go into the pits on lap 14 to change to soft tires, by which point Hamilton was six seconds clear of Rosberg, who came in for a tire change on lap 15 and Hamilton followed on the next lap.

With 20 of the 57 laps completed, Rosberg was 1.5 seconds behind Hamilton.

Raikkonen, who did the opposite in switching from soft to medium tires, was 12 seconds behind Hamilton at the halfway stage. But the strategy worked for him late.

With some 20 laps remaining, a rare mistake from Vettel, running much too wide on a turn, allowed Rosberg past him.

Vettel came in shortly after to change a front wing.

"I felt like I had less front grip and decided to pit, which was the right call," he said.

Raikkonnen was still out on medium tires with 40 laps gone.

He switched to the quicker softs on the following lap and gained huge time. With 10 laps to go the 2007 F1 champion was only eight seconds behind Rosberg, who curtly told his engineers "please don't tell me the gap anymore."

Meanwhile, the problems continue for Toro Rosso as Carlos Sainz Jr. abandoned on lap 32 and teenage driver Max Verstappen joined him in the garage a few laps later.