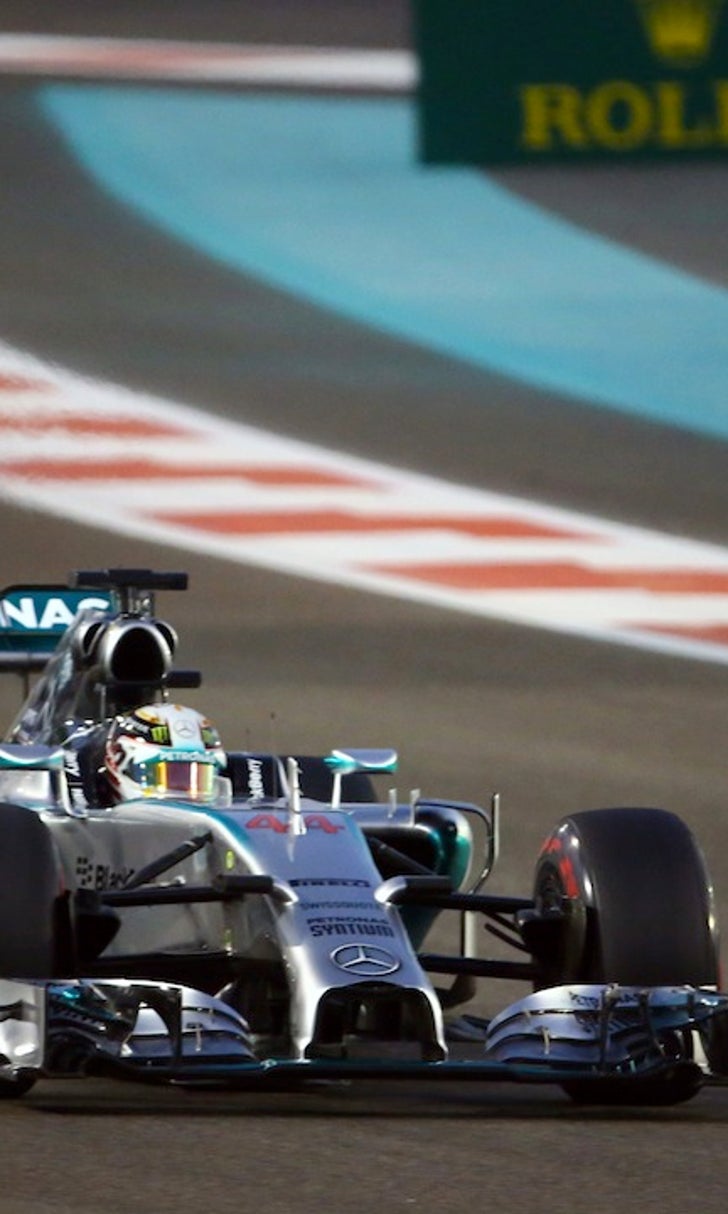 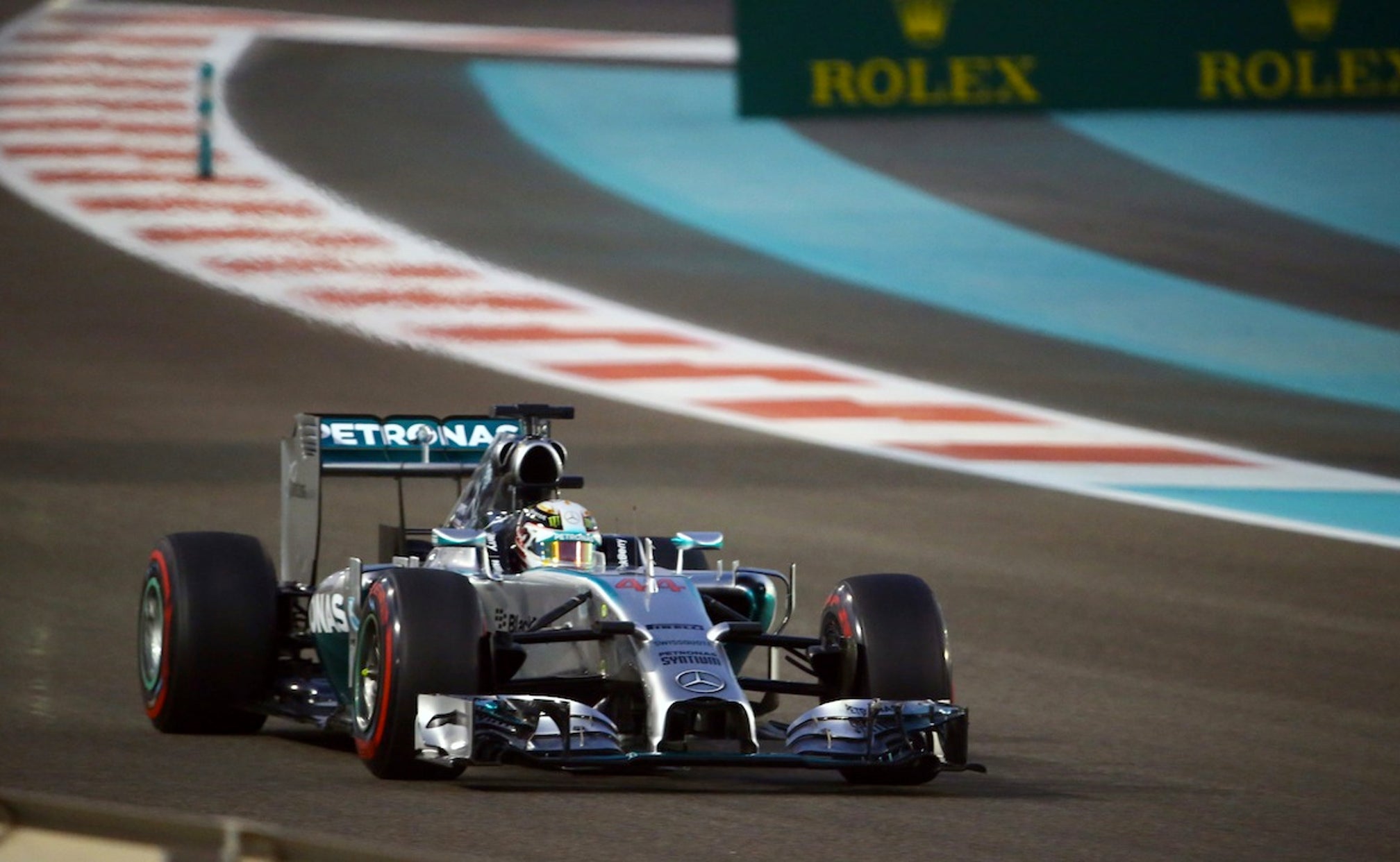 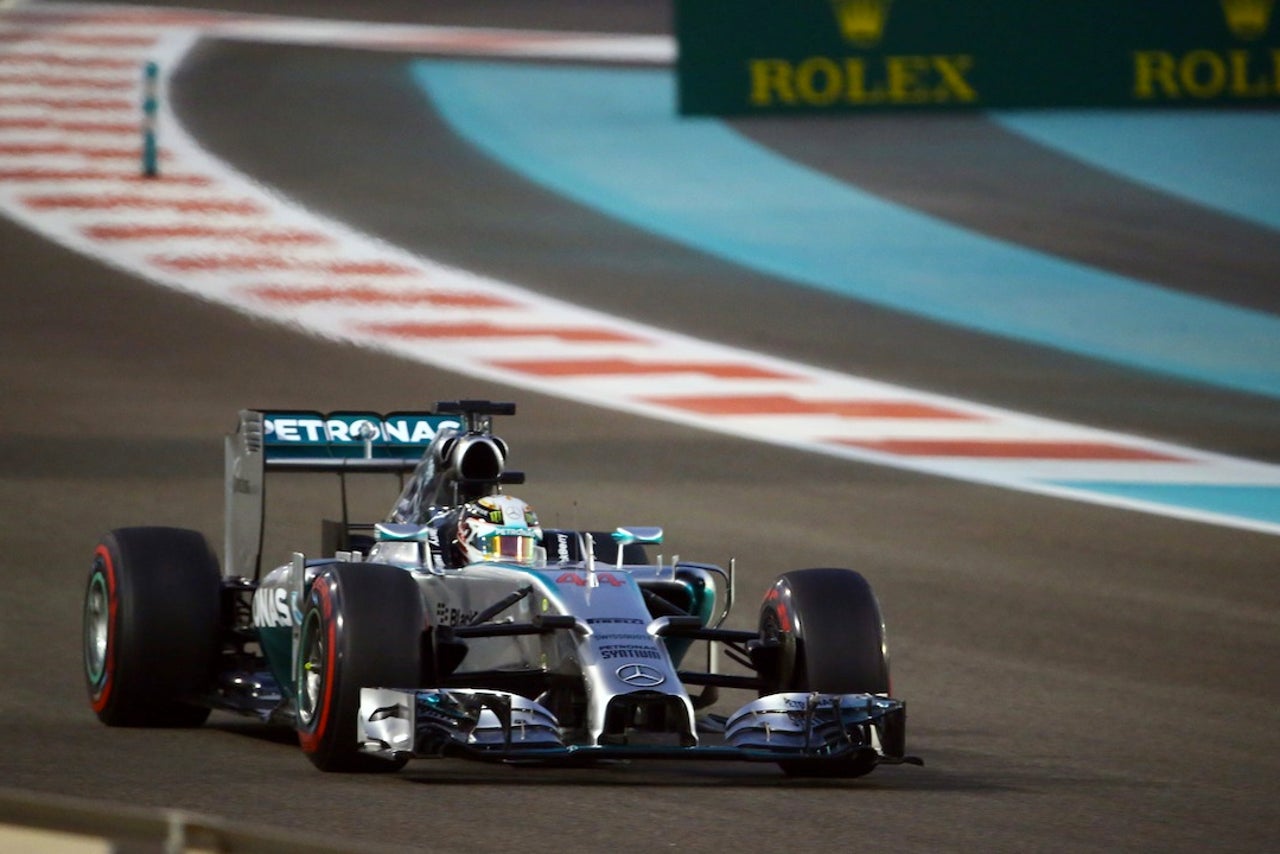 The British driver posted a best lap of 1 minute, 42.113 seconds in the second practice at the Yas Marina circuit to finish .083 faster than his Mercedes teammate.

Both drivers gave their super-soft tires a good run in the warm evening.

McLaren driver Kevin Magnussen of Denmark was .782 behind in third, with Sebastian Vettel, who is leaving Red Bull to join Ferrari next year, .846 adrift in fourth.

Hamilton beat Rosberg in the first practice, and there is a third session on Saturday before qualifying.

Hamilton, the 2008 F1 champion, leads Rosberg by 17 points. But with double points available in Sunday's race, the German driver can secure his maiden F1 title if he wins and Hamilton finishes third.

Without the double points, Hamilton would have only needed to finish sixth to beat his childhood friend and go-karting rival.

"He has everything to lose and I have everything to win. That can make all the difference," said Rosberg, who beat Hamilton two weeks ago in Brazil to end his run of five straight wins.

Hamilton won the Abu Dhabi GP in 2011. But he finished seventh last year, starting from fourth on the grid, and retired the year before after starting from pole.

"Abu Dhabi was one of his least good races last season," Rosberg said. "With the car that I have this year, I can win at every track."

Hamilton, however, should be mentally well prepared, since he is used to close finishes.

He missed out on the 2007 title with McLaren, finishing one point behind champion Kimi Raikkonen, but made amends by edging out Ferrari driver Felipe Massa by the same margin the following year.

Although he was one of four drivers in contention in the last race of the season in 2010 -- also held in Abu Dhabi -- Hamilton was a rank outsider for the title and finished 16 points behind Vettel, who clinched the first of his titles.

In the first practice, Hamilton clocked 1:43.476, with Rosberg finishing .133 back as both stayed out for more than 30 laps in bright sunshine.

Mercedes has crushed the competition this season, winning 15 of 18 races and securing 17 pole positions so far: 10 for Rosberg and seven for Hamilton, who leads Rosberg 10-5 in wins.

"Is there anybody out there who believes that it was a boring season? Not one single soul," Mercedes team principal Toto Wolff said. "Our drivers were battling each other to the limit, and I am sure that the fans appreciate that."

Button also went back to the garage early in the first session. The 2009 champion's future remains uncertain, with Alonso expected to replace him at McLaren next season.