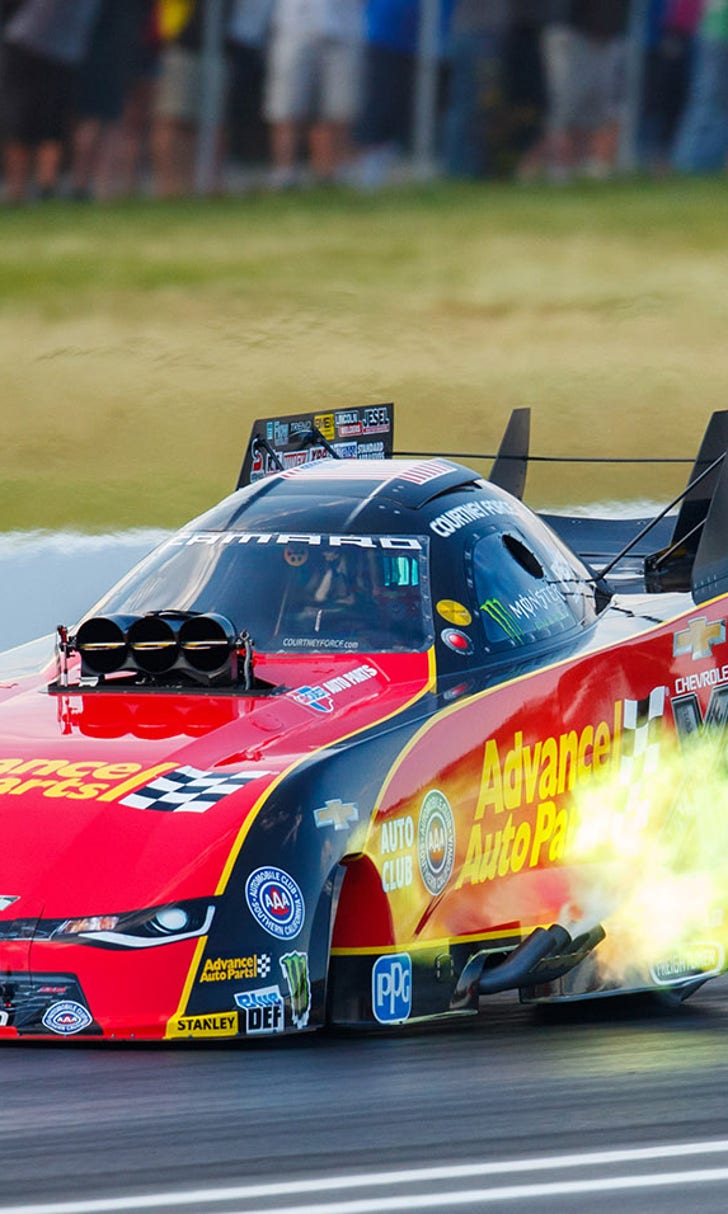 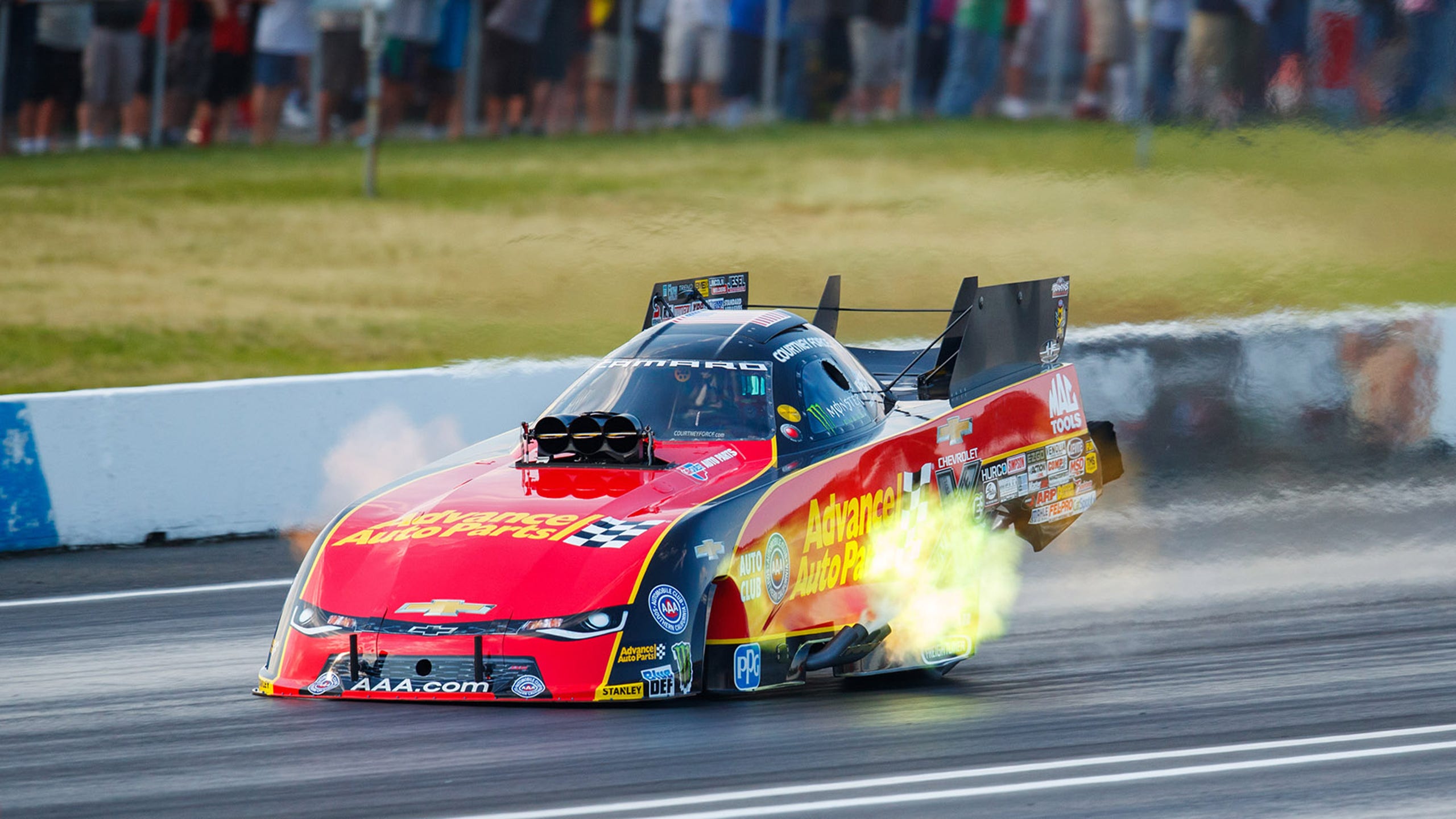 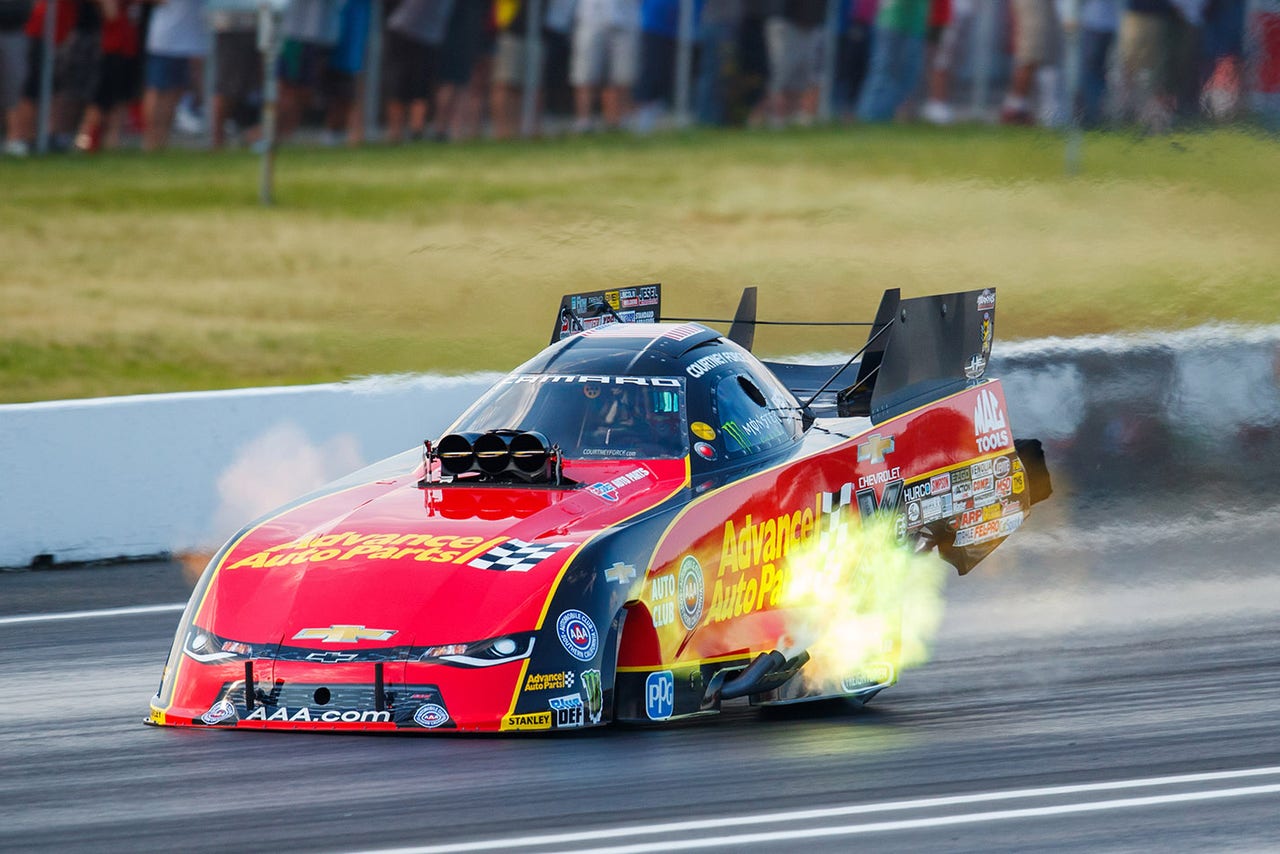 Force had been unable to set a competitive time entering the fourth round of qualifying, and knew that she would have to get down the track with no issues to make it in.

“Pressure is on to get in the show in Q4,” she tweeted. “Gonna play it safe and get this Advance Auto Parts Funny Car down there to the other end. Got faith we can do it.”

“I guess it was a great run for my team, not having any DNQs until this weekend,” Force said. “We’re bummed out. Obviously, we expected better out of our car. We even just tried to get any sort of decent run down there, but we’ve really struggled with the track and the bumps in the lanes here for some reason.

“But it’s our own fault for not getting it figured out and not getting it in the field. I tried to pedal it down there in the last run, but it wasn’t good enough to get the car in the field. We’re going to have to turn our focus to Chicago and cheer on our teammates to a win tomorrow.”

Force headed into Norwalk fifth in the points and should still be good to make it to the Countdown, but she is still searching for her first win of 2017. Unfortunately, she will have to wait two weeks for her next chance to fight for victory at the Route 66 NHRA Nationals at Route 66 Raceway in Joliet, Illinois.

This is Force's first time in her professional career that she failed to qualify for final eliminations. The rest of the John Force Racing cars made it through.

“We’re going to learn what’s changed in these last few races, what’s killing our consistency,” Force said. “We’re going to have to get it figured out. I stand by my team, and we’re in this together through the highs and the lows. We’re definitely at a low right now, but we’re excited to get to Chicago. I’d like to get this DNQ out of the way, move on, find the positive and turn this season around from here on out.”