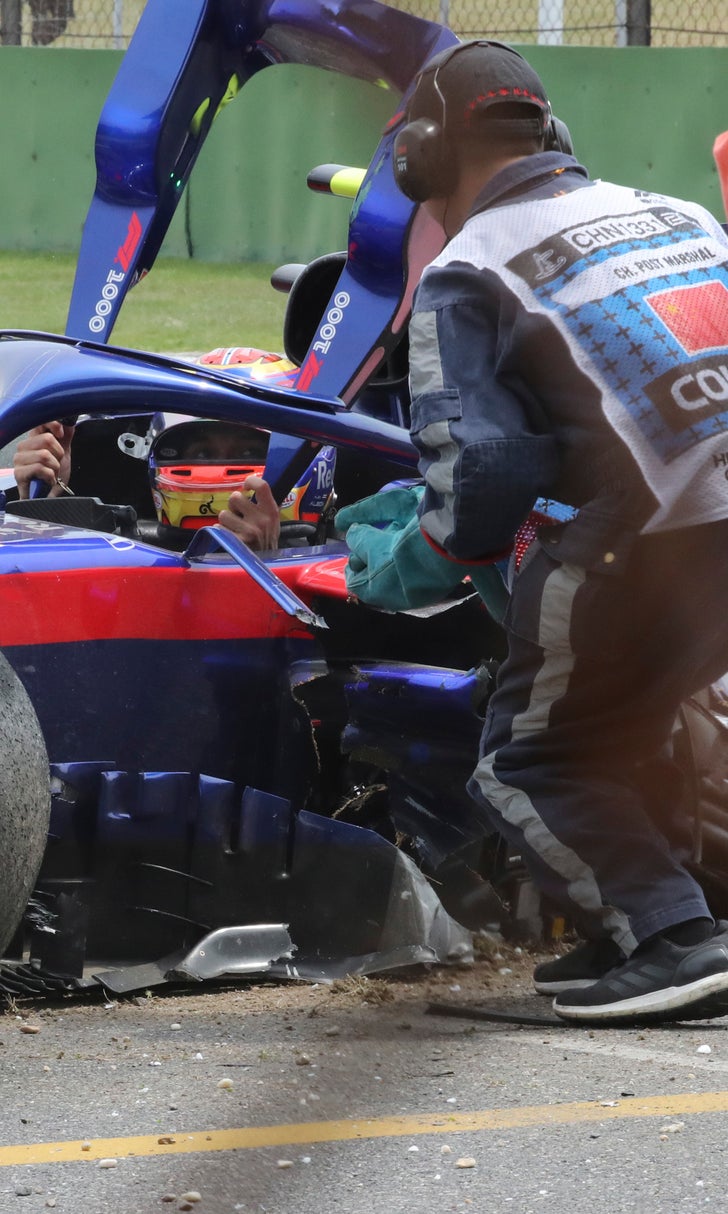 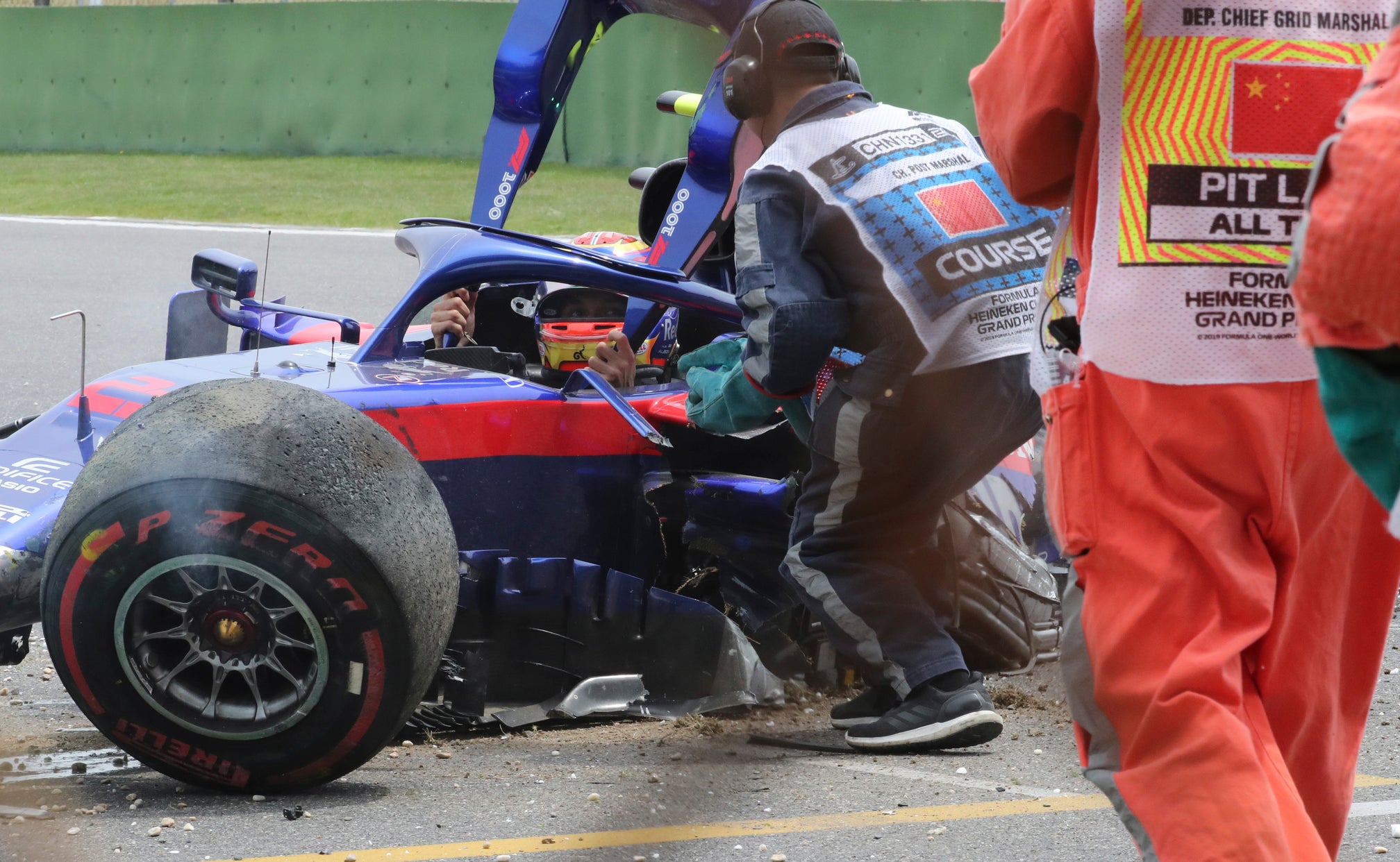 SHANGHAI (AP) — Alexander Albon of Red Bull Toro Rosso walked away from a stunning crash on Saturday in the final practice session ahead of the Chinese Grand Prix.

Albon hit the wall on the final turn as fans sat in silence until with only his still head visible in the cockpit. He broke the silence after several seconds, making radio contact with the pits and signaling he was in good shape.

"Sorry guys," he said over the team radio.

The British-born Thai driver lost control as the car started to slide. He tried to regain control, but the car spun around as Albon plowed the front left side into a wall near the pit lane, with parts of the car scattered across the track.

It was not clear if the car could be repaired in time for qualifying later on Saturday. If he misses qualifying he could still race from the back of the grid.

The crash for the Formula One rookie driver came in the final minutes of practice with Valtteri Bottas of Mercedes clocking the fastest time — 1 minute, 32.830 seconds. Ferrari's Sebastian Vettel was 0.392 seconds behind followed by Charles Leclerc of Ferrari and Lewis Hamilton of Mercedes.

Hamilton and Bottas have won the first two races this season and, with Vettel and Leclerc, will be the favorites on Sunday in what Formula One is billing as its 1,000th race. The first was in 1950 at Silverstone, the former World War II airfield in southern England.