As baseball stories go, this one is practically man bites dog.

Yonder Alonso is that rare potential free agent who would prefer to remain with the Oakland A’s.

Alonso, 30, does not want to be traded. He is open to signing long-term, and helping lead the team’s revival.

“I keep reading that the new young wave of talent is coming to the Oakland A’s. Does it scare me? No,” Alonso says.

“I think that there is a great chance that I stay here. I really do mean that. The guys they have, the young core that they have, are all guys I can relate to.”

The Athletics on Thursday promoted one of their top prospects, third baseman Matt Chapman. They could trade Alonso to clear first base for Ryon Healy, who for now figures to be the DH. A year ago, they sent outfielder Josh Reddick to the Dodgers rather than sign him long-term, packaging him with another potential free agent, left-hander Rich Hill, for three pitching prospects.

MORE: How Yonder Alonso rehabbed his swing and emerged as a possible All-Star

The Yankees are perhaps the contender with the greatest need at first base -- they rank next-to-last in the majors in OPS at the position, and general manager Brian Cashman said Thursday that the team has “pulled the plug” on Greg Bird’s rehabilitation from a bone bruise in his right ankle.

But the Yankees, like most clubs, probably would prioritize pitching help over a first base/DH, and the potential availability of the Royals’ Eric Hosmer also might diminish the Athletics’ chances of trading Alonso.

Which would be fine with Alonso, whose wife, Amber, hails from Redding, Ca., about a three-hour drive from Oakland. 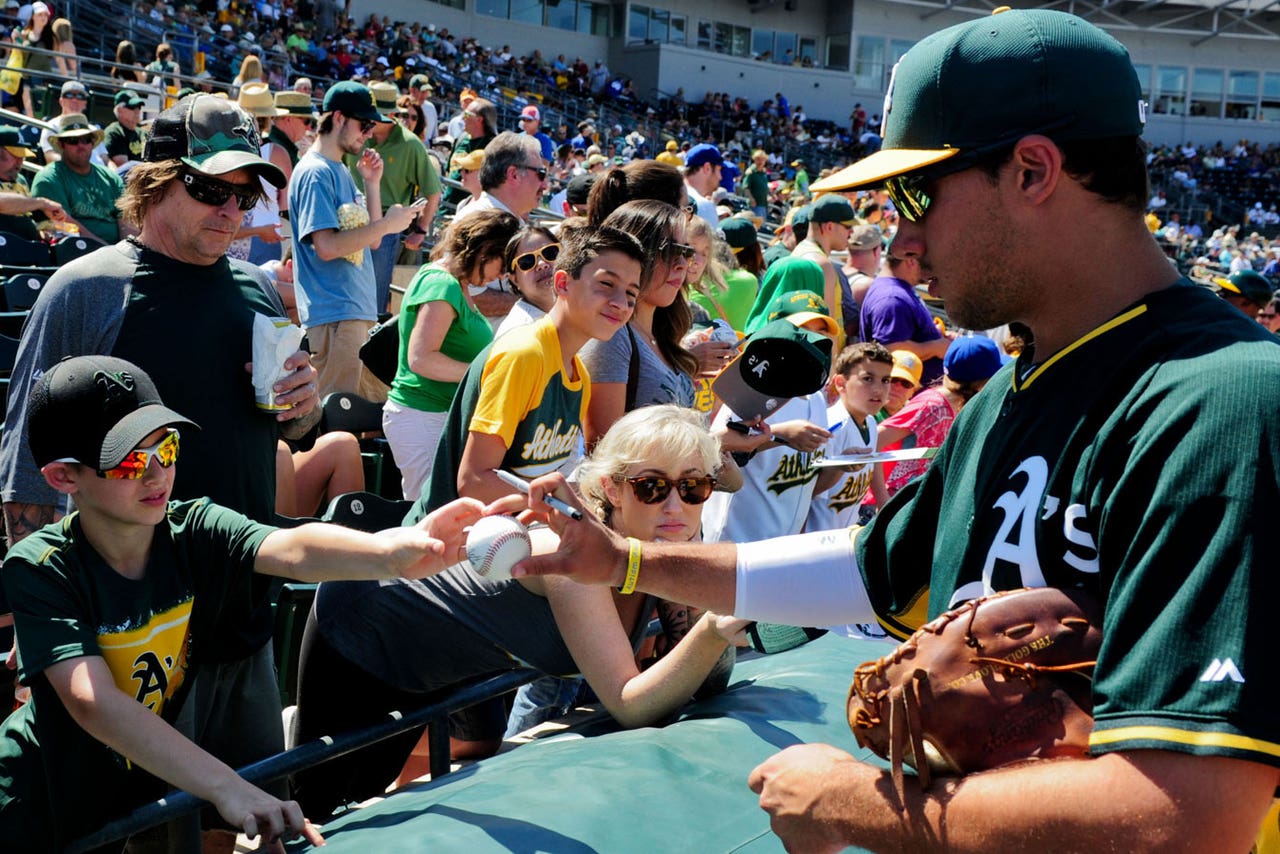 “The core of young talent these guys have down there is amazing,” Alonso continues, specifically referencing Chapman, shortstop Franklin Barreto, right fielder Matt Olson, catcher Bruce Maxwell and left-hander A.J. Puk. “You’re talking about guys who can really play the game of baseball.”

The way Alonso sees it, his experience would only help such players.

“I’ve been around,” he says. "I’ve got six years under my belt. I’ve stunk. I’ve been hurt. I’ve almost gotten released. I’ve been traded. I’ve sat, gotten benched, and started. I’ve done it all.”

So, he would consider an extension?