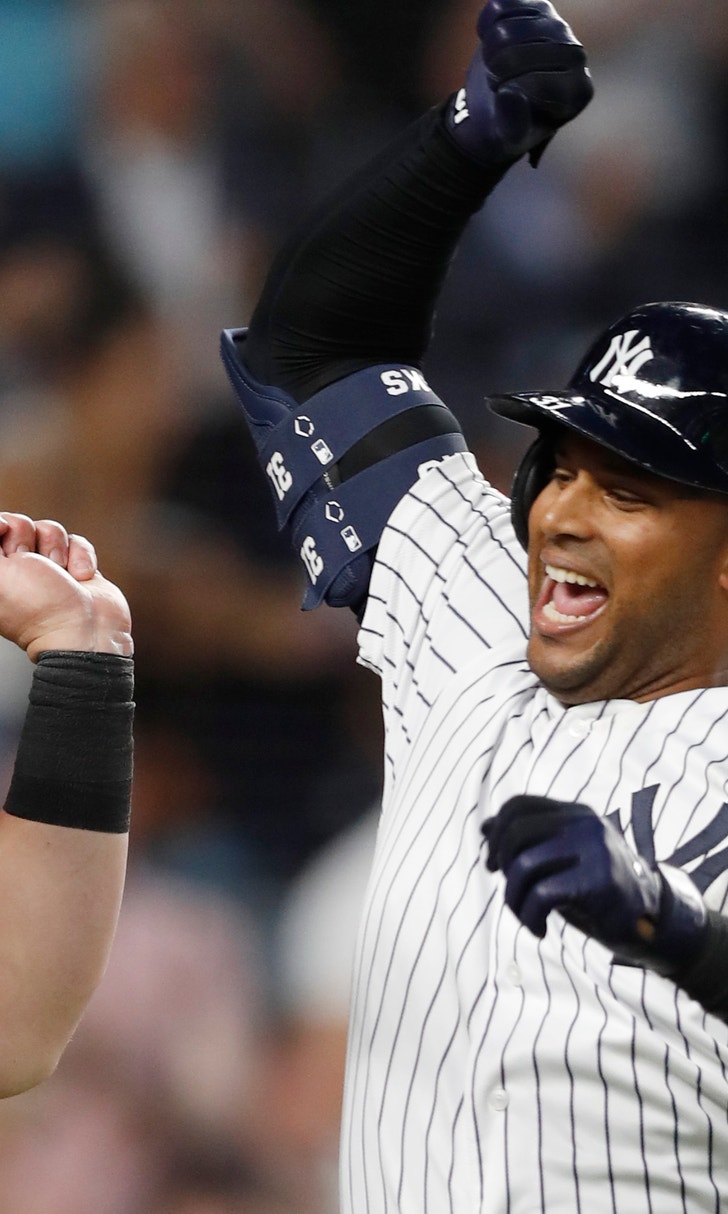 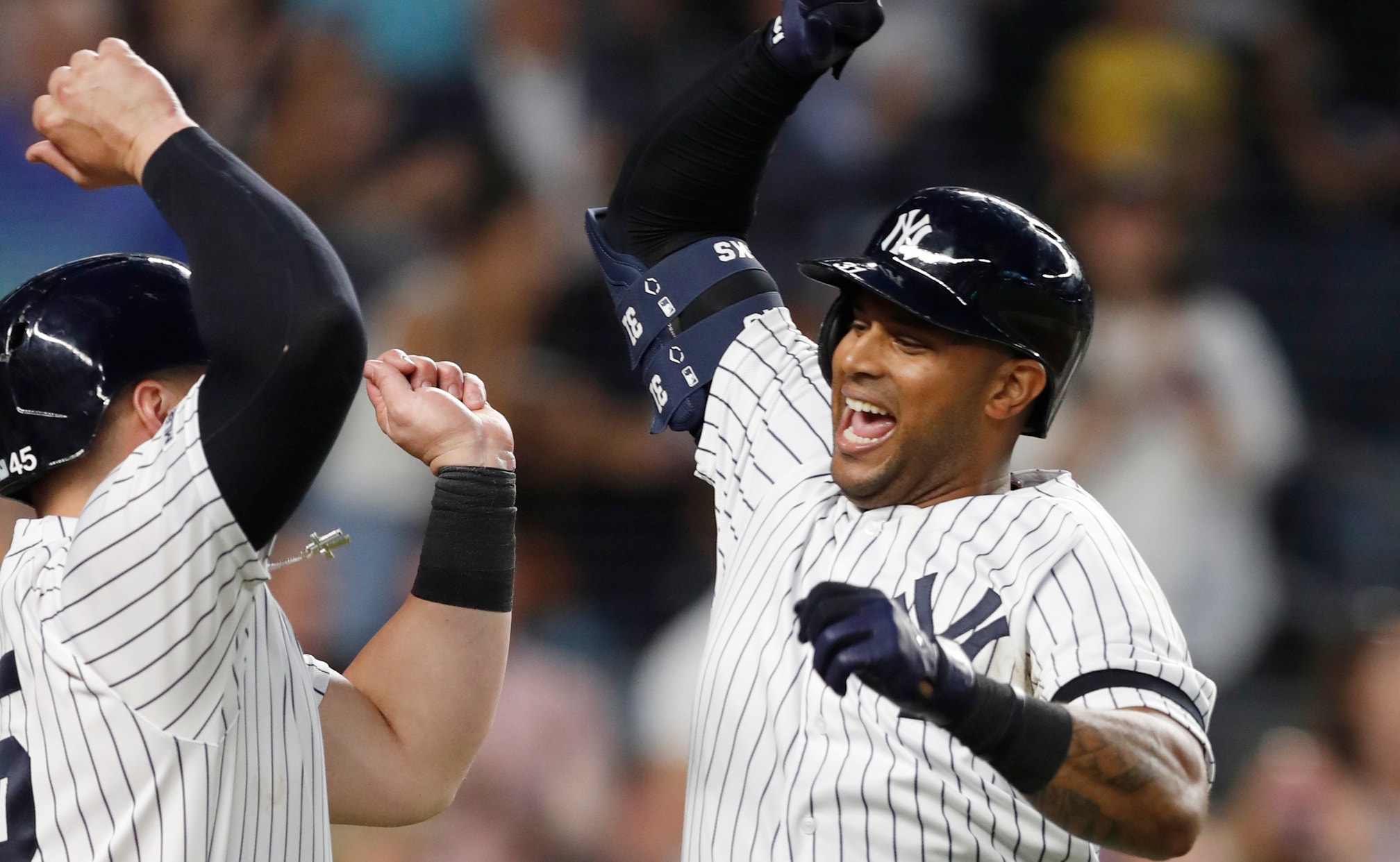 Hicks and Stanton each hit three-run drives, and New York matched the mark set by Alex Rodriguez and the 2002 Texas Rangers.

Stanton hit his shot during a seven-run sixth inning for his first homer in a season spoiled by various injuries.

Yankees closer Aroldis Chapman allowed an unearned run during the ninth but got his 22nd save.

Jason Heyward added a solo homer for Chicago, which moved one game ahead of Milwaukee in the NL Central. Lester (7-5) allowed two unearned runs and struck out seven.

Tempers flared in the second when Contreras homered. He turned to Braves catcher Tyler Flowers after the ball left his bat, and while rounding first base, gestured toward Atlanta's dugout and thumped his chest. The benches cleared, but no blows were exchanged.

Teheran (5-6) was roughed up for the second straight start.

Philadelphia went ahead on Franco's 10th homer in the fifth, a two-run shot to center. Bruce's second career pinch-hit homer was a two-run shot. Bryce Harper, back in the No. 3 spot in the lineup after leading off for a few games, had a pair of RBI doubles. Franco was 3 for 4 with three RBIs. The Phillies had a season-high 19 hits.

BOSTON (AP) — Marco Hernández beat out an infield single with the bases loaded in the ninth and Boston rallied to beat Chicago.

It was the second straight walk-off victory at home for Boston, which has won nine of 12.

Brandon Workman (7-1) got one out in the eighth, to pick up the victory. Jace Fry (1-3) took the loss for Chicago, which has lost six out of eight.

Yoán Moncada had a two-run home run and José Abreu added a two-out, solo home run for the White Sox.

Former Dodger Tim Locastro put the game out of reach with a two-run double off losing pitcher Dylan Floro (2-2), part of a four-run outburst in the eighth for the Diamondbacks. Christian Walker and starting pitcher Zack Greinke homered, Ketel Marte had two hits for his seventh consecutive multi-hit game and the Diamondbacks ended the Dodgers' winning streak at six games.

Yoan Lopez (1-1) worked a scoreless inning and earned the win.

Max Muncy drove in three runs for the Dodgers.

Greg Holland got one out in the ninth for his 200th career save.

CLEVELAND (AP) — Jason Kipnis homered leading off the 10th inning as Cleveland continued its impressive June with a win over Kansas City in a game delayed 2 hours, 23 minutes by rain.

Kipnis connected on a 1-0 pitch from Wily Peralta (2-4) for his sixth homer.

Brad Hand (4-2) worked a perfect 10th as Indians manager Terry Francona was forced to use six pitchers because of the weather.

Whit Merrifield homered for the Royals, who sit at the bottom of the AL Central.

Indians starter Adam Plutko didn't give up a hit until the fourth, when Merrifield led off with his 11th homer.

SAN FRANCISCO (AP) — David Dahl hit a two-run homer in the third that held up for Jon Gray, and Colorado snapped a three-game skid by beating San Francisco.

Gray (8-5) struck out six in six innings, allowing four hits and walking two for Colorado. The Rockies were coming off three straight walkoff defeats to the Dodgers in Los Angeles.

The 11 Ks were the most by a Giants pitcher throwing five or fewer innings since the mound distance was established in 1893, according to Elias.

Wade Davis finished the six-hitter for his 10th save in 12 opportunities.

The Giants, who had won six straight series openers, lost for the fifth time in seven games. Colorado won for just the second time in five games at San Francisco, which was shut out for the ninth time.