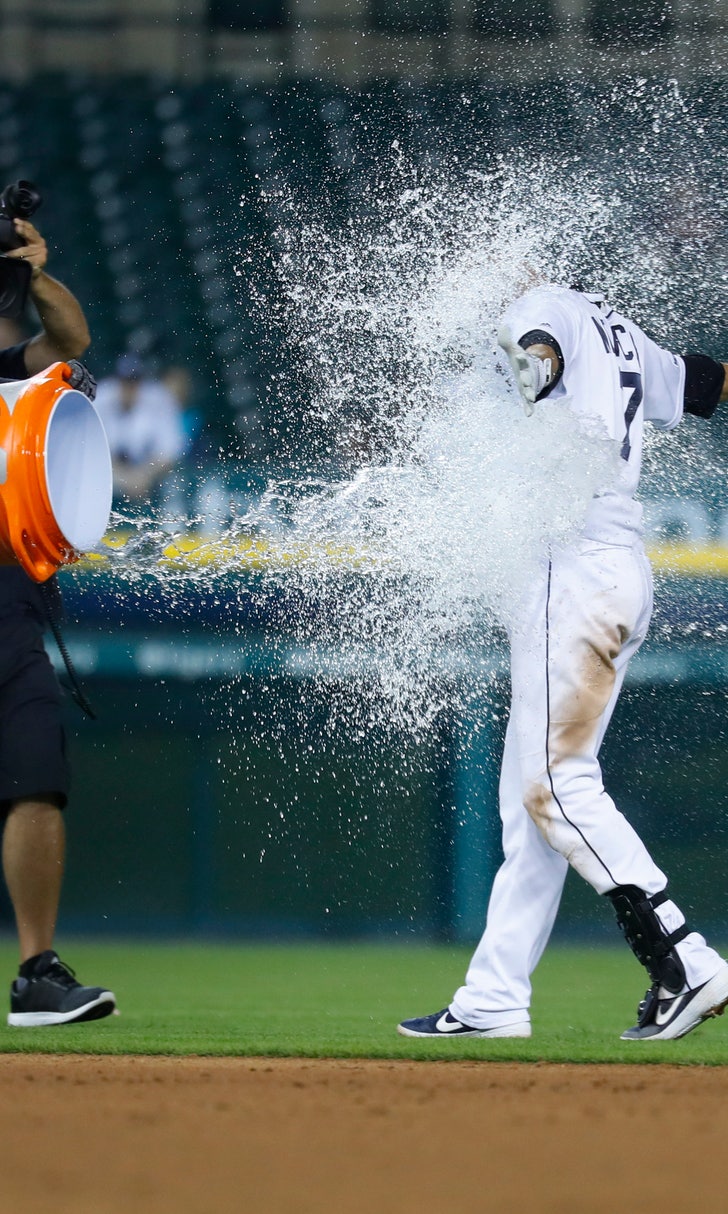 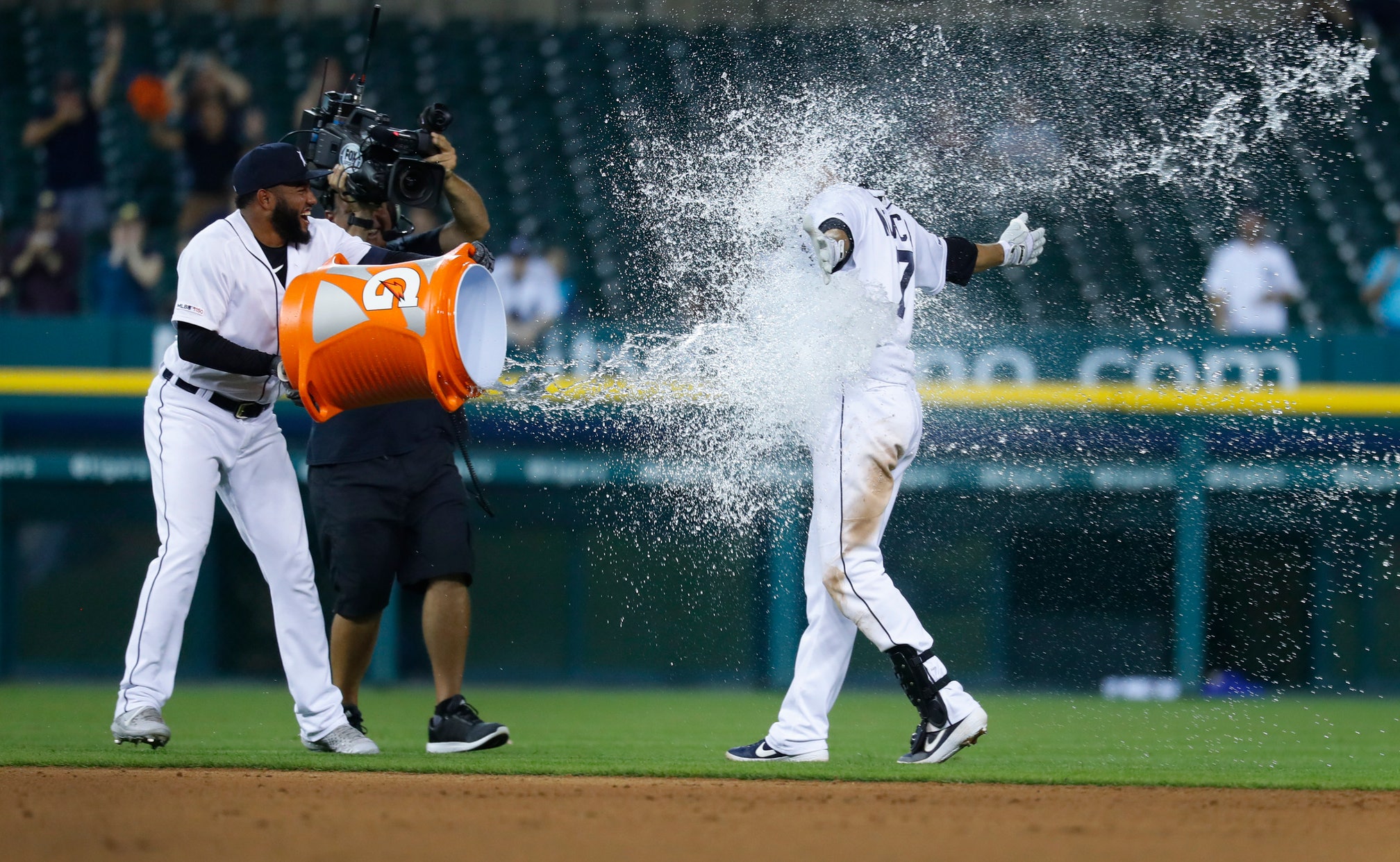 DETROIT (AP) — Playing the worst team in the major leagues, the New York Yankees took a six-run lead in the second inning.

Jordy Mercer capped the comeback with a game-ending single off Chance Adams in the ninth inning, and the Detroit Tigers overcame six home runs by the Yankees to beat New York 12-11 on Tuesday night.

"We've had a few of these games lately," said Grayson Greiner, whose one-out double started the winning rally. "We gave up a bunch of homers to the Twins and won, and we were down 4-0 in Oakland and came back. This is a lot of fun for the young guys."

Brett Gardner and Didi Gregorius each homered twice, and Gleyber Torres and Edwin Encarnación also went deep for the Yankees, whose 276 homers tied Minnesota for the major league lead.

"When a team hits six homers and gives you 11 runs, you have to win the game," Yankees opener Nelson Cortez Jr. said. "We let those guys down. There's no way around it."

With the Yankees ahead 6-2, Torres dropped a throw from Gregorius at shortstop on what appeared to be an inning-ending double play by Dawel Lugo off Luis Cessa, who had just replaced Cortes. Christin Stewart hit a sacrifice fly, Travis Demeritte added a RBI single and Greiner hit a two-run single.

Greiner doubled with one out in the ninth off Chance Adams (1-1) and Mercer's single to the gap in right-center scored pinch-runner Willi Castro. Tigers closer Joe Jiménez (3-8) pitched a perfect ninth.

"Willi can really run, so I knew I just had to get the ball in play for him," Mercer said. "He threw me a fastball and I just tried to put it in a gap."

New York built the lead off Edwin Jackson as Gardner had a solo homer in the first and hit a two-run drive to cap a five-run second that included Mike Ford's RBI single and Tyler Wade's two-run triple.

Solo homers by Torres in the fourth and Gregorius in the fifth off Tyler Alexander put the Yankees ahead 8-6, but the Tigers burst to a 10-8 lead when Christin Stewart hit a solo homer off Cessa in the fifth, then Miguel Cabrera had a sacrifice fly against Cory Gearrin in the sixth and Jeimer Candelario followed with a two-run single.

Encarnación tied the score in the seventh off John Schreiber, and Gregorius homered off Daniel Stumpf for an 11-10 lead.

Mercer walked against Adam Ottavino in the bottom half, advanced on Gary Sánchez's seventh passed ball this season and scored on Harold Castro's single.

"Harold's been doing a great job - all these young guys have been - and we're having some fun," Mercer said. "We aren't going to match these other teams homer for homer, but we'll take a lot of singles if it leads to some wins."

Tigers: Castro didn't start because of a bruised forearm sustained when he was hit by a pitch on Saturday.