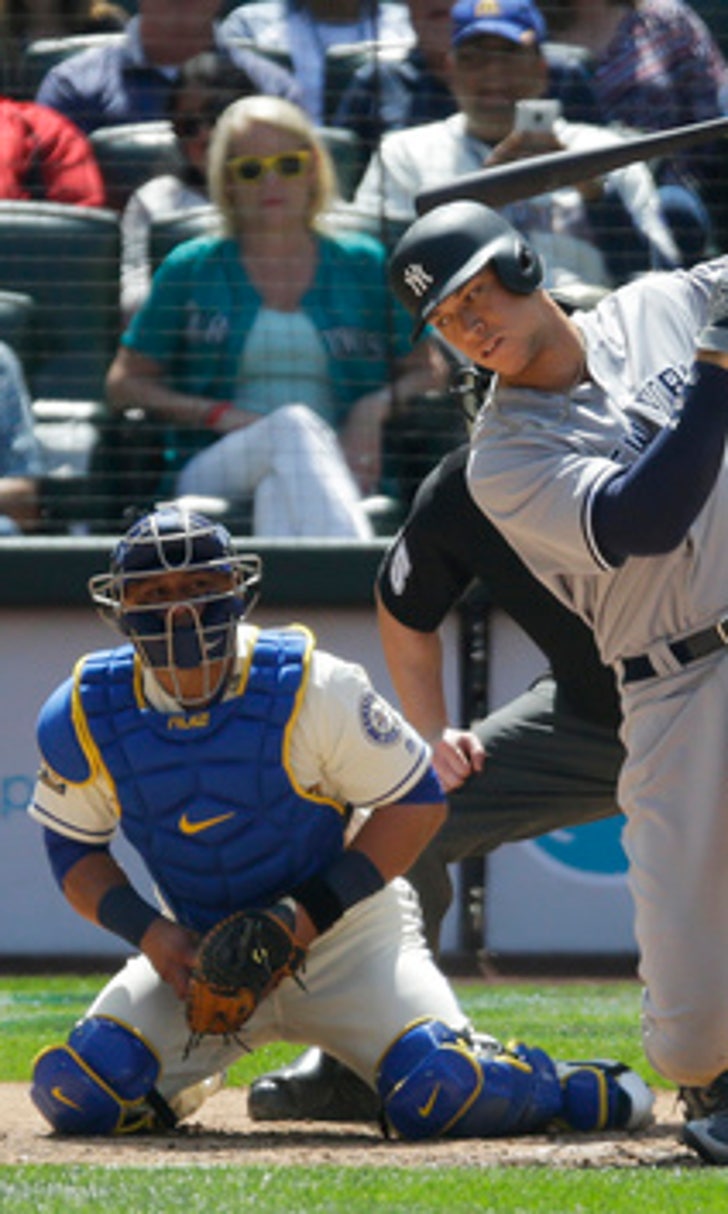 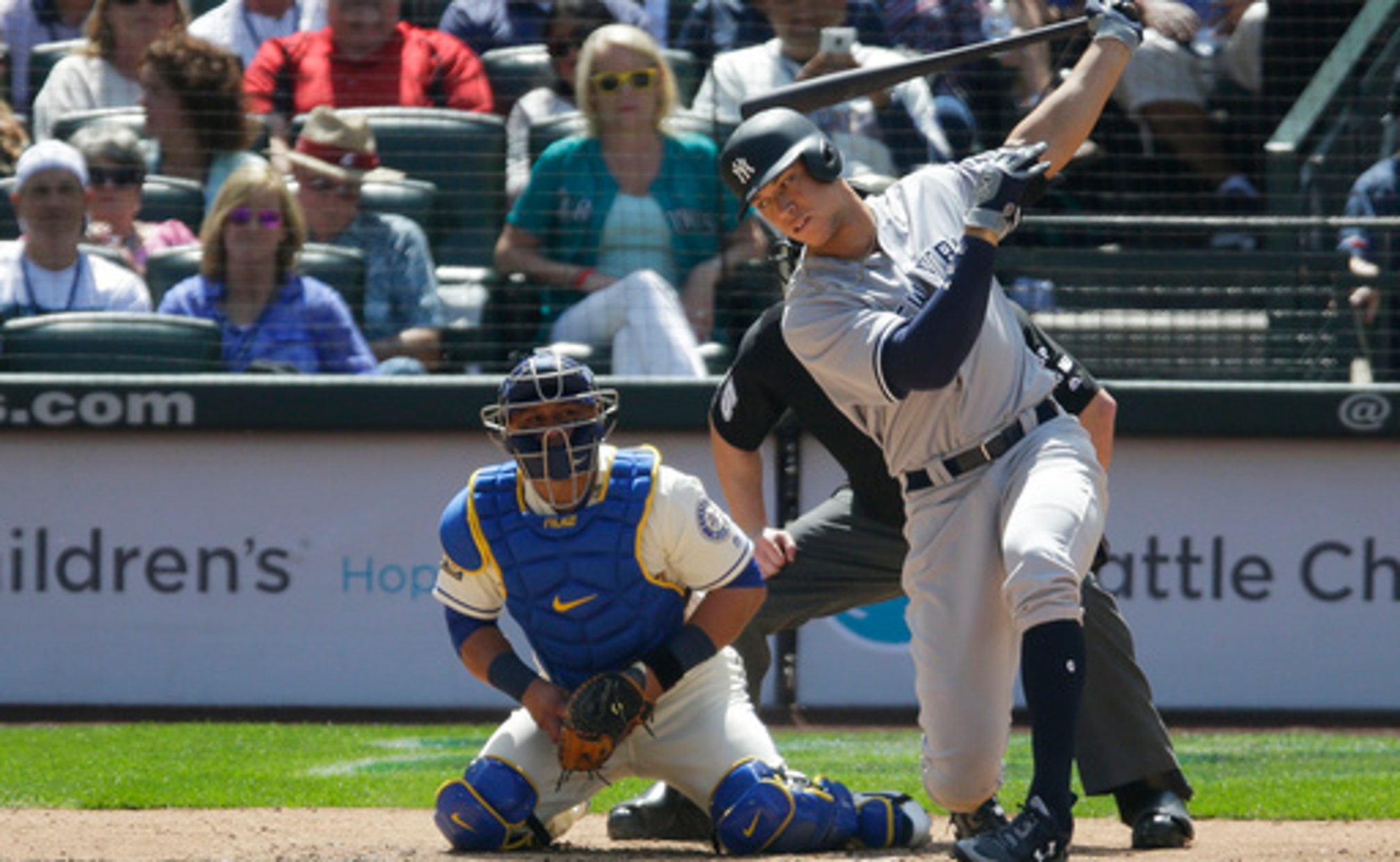 SEATTLE (AP) The Yankees bullpen put together a needed shutdown effort, and New York looked more like the team that showed so much early-season promise.

New York won a series for the first time in six weeks when Aroldis Chapman struck out Ben Gamel with a runner on to preserve a 6-4 victory over Seattle on Sunday, their third win in four games against the Mariners this weekend.

The Yankees had been 0-8-2 in series since sweeping Baltimore on June 9-11. New York had lost 13 straight games with a chance to win a series.

Despite those struggles, New York is 2 1/2 games behind the Boston Red Sox for the AL East lead.

''We really had a hard time,'' manager Joe Girardi said. ''We had built to where we got pretty far over .500, but we fell and we were struggling and we were having a hard time winning games. To only be 2 1/2 out, we have still got a ton of games in our division, you feel pretty fortunate.''

The bullpen entered Sunday leading the majors with 18 blown saves, but Chad Green, Dellin Betances and Daniel Robertson combined for 4 1/3 perfect innings before Chapman finished in shaky fashion for his 11th save.

A converted starter pitching on consecutive days for the first time in the majors, Green (1-0) struck out three in 2 1/3 innings. He dropped his ERA to 1.56 in 22 appearances this season.

Nelson Cruz led off the ninth with a single that smashed off Chapman and deflected toward shortstop for an infield hit. After Chapman was checked by Girardi, the closer picked off pinch runner Taylor Motter between first and second. Kyle Seager followed with a double off a 101 mph fastball, but Mitch Haniger popped out and Gamel went down swinging.

Seattle overcame a 3-0 deficit with a four-run fourth inning against Caleb Smith, but Brett Gardner hit a tying, bases-loaded single in the sixth and Clint Frazier followed with a two-run double off former Yankee James Pazos (2-3).

Didi Gregorius had his first career multihomer game with solo shots in the second and fourth innings for New York, both on 0-1 pitches from Yovani Gallardo. Gregorius has 14 home runs.

Gardner opened the game with his 17th home run.

''Obviously, Gregorius had (Gallardo's) number today with the two home runs,'' Mariners manager Scott Servais said. ''But give him credit. He did hang in there. We needed to get five innings out of him and we did.''

Smith made his first big league start and second appearance. He failed to finish the fourth inning, getting chased by Guillermo Heredia's two-run double off the wall in center. Smith allowed four runs in 3 2/3 innings.

The Mariners are 2-13 in their last 15 games against New York at Safeco Field, losing seven straight series.

Aaron Judge, Gary Sanchez and Matt Holliday combined to go 0 for 12 as New York's 3-4-5 hitters, while Gregorius, Chase Headley, Todd Frazier, Tyler Wade and Ronald Torreyes went 7 for 14 in the final four spots in the order.

The Yankees traded Rob Refsnyder to the Toronto Blue Jays for first baseman Ryan McBroom. Designated for assignment on Wednesday, the 26-year-old Refsnyder appeared in 94 games over three seasons with the Yankees, hitting .241 with two home runs and 17 RBIs. He played first base, second base, left field and right field.

Yankees: New York put second baseman Starlin Castro back on the 10-day disabled list because of a strained right hamstring, a move retroactive to Saturday, and recalled infielder-outfielder Wade from Triple-A Scranton/Wilkes-Barre.

Mariners: CF Jarrod Dyson sat out after he slammed into the wall in the fifth inning Saturday chasing a flyball. He remained in the game for one more inning before being removed. He has a sore left big toe and is day to day. ''He's going to need a few days,'' Servais said.

Yankees: After Monday's day off, LHP Jordan Montgomery (6-5, 4.09) starts Tuesday at home against Cincinnati RHP Luis Castillo (1-3, 3.86). Montgomery allowed a career-high six earned run in his previous start against Minnesota, a 6-1 loss. He had been unbeaten (4-0) in his previous eight starts. All six runs came with two outs in the second inning.

Problems Mount in Houston
A troublesome 2020 season for the Astros just got worse, as Justin Verlander might have thrown his last pitch for Houston.
7 hours ago