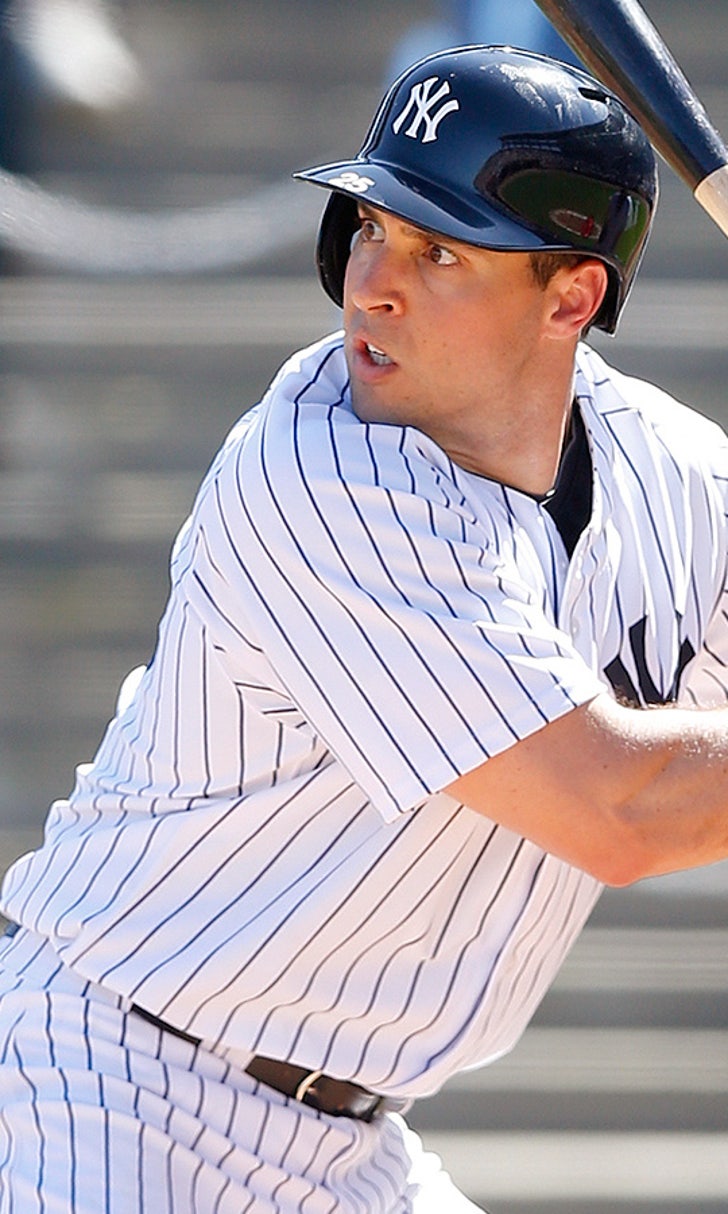 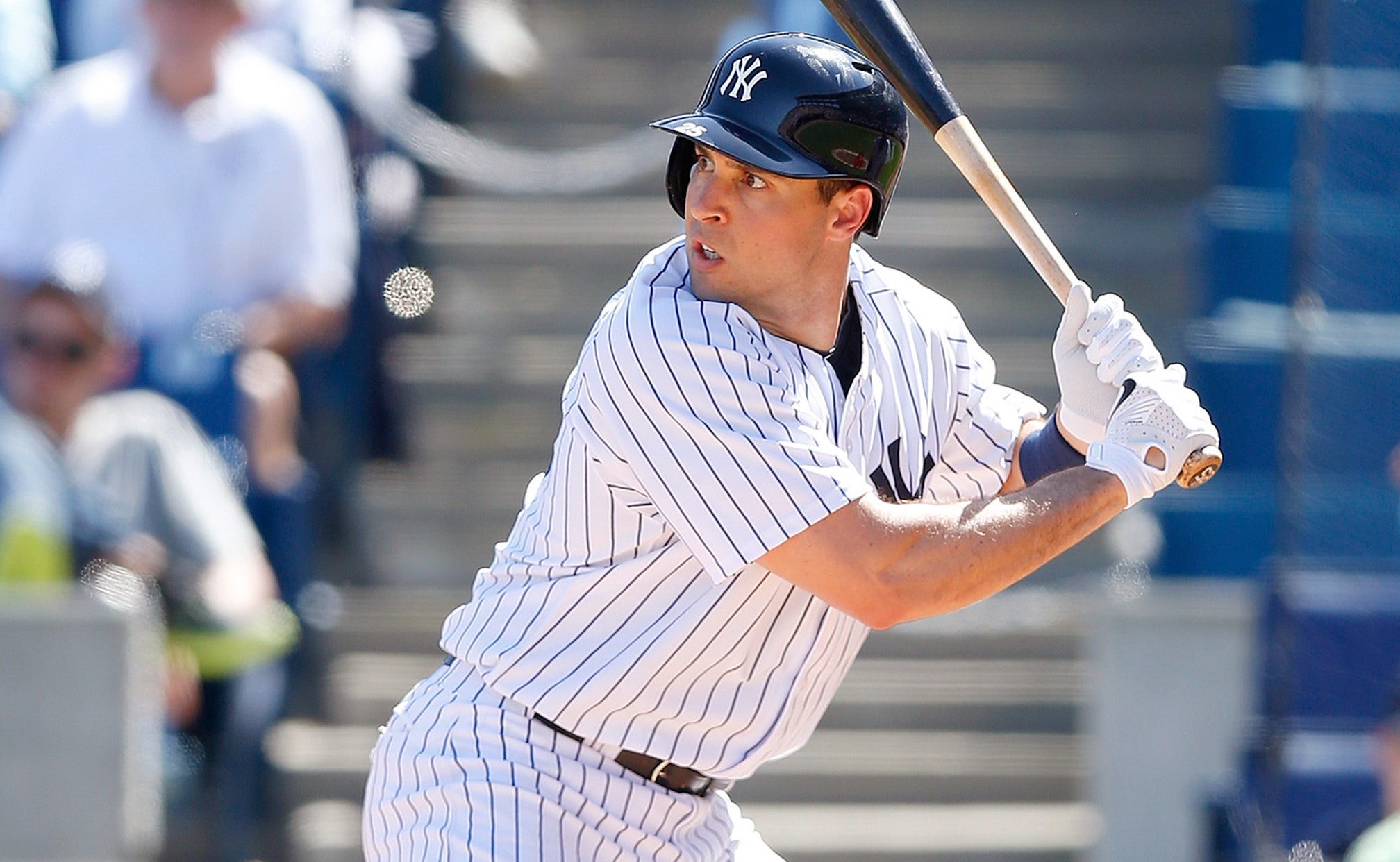 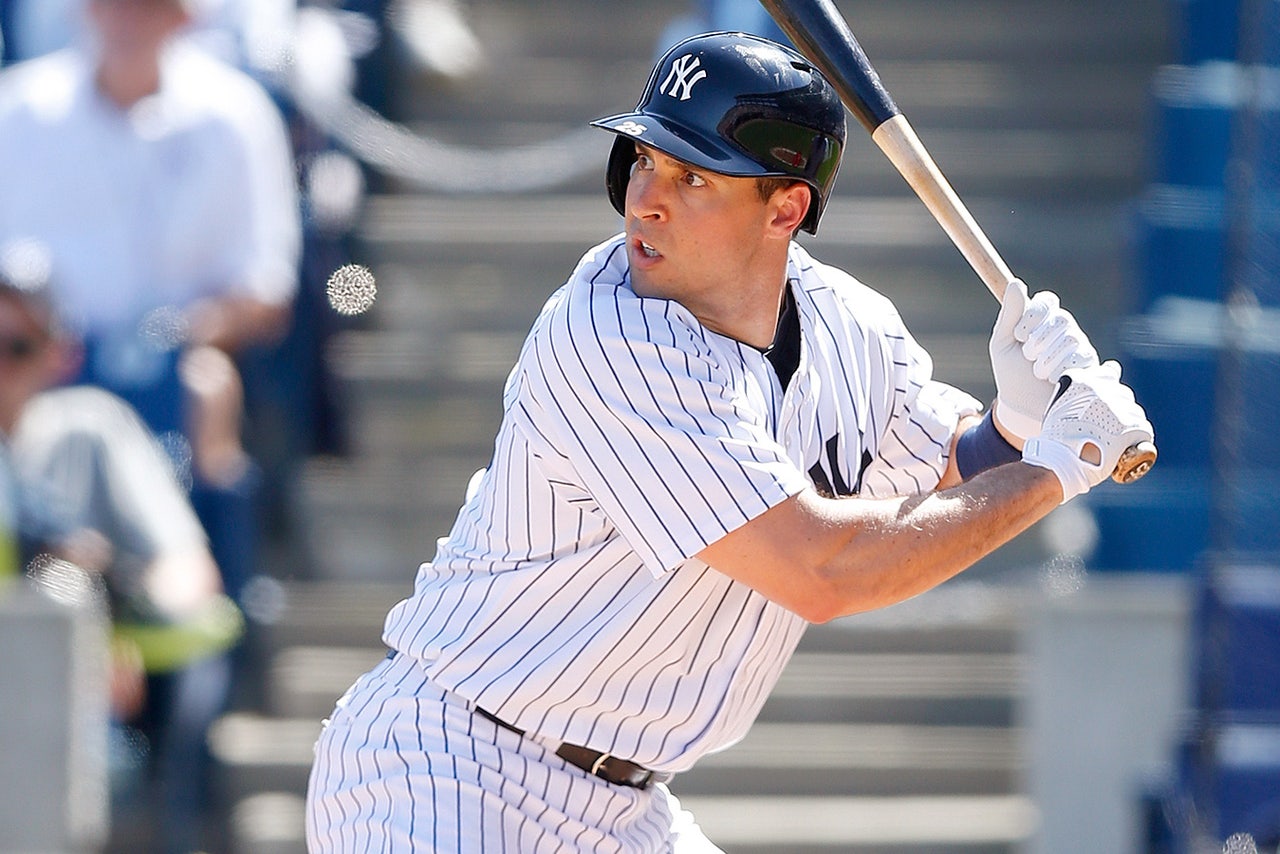 Teixeira was the designated hitter in a game between Triple-A Scranton/Wilkes-Barre and Double-A Trenton when a ball struck his kneecap.

After he returned to Steinbrenner Field from the minor league complex, Teixeira said he was "fine." He said no tests were planned.

Teixeira went into a kneeling position in front of the plate after being hit by the fourth-inning pitch. He left the field with a limp, which was gone by the time he reached Steinbrenner Field.

Teixeira became the second Yankees' starting infielder to get hurt in as many days.

Shortstop Didi Gregorius sprained his left wrist diving for a grounder in Saturday's game against Baltimore. X-rays and an MRI exam were negative, and Gregorius hopes to play Wednesday.

Gregorius got treatment and said that the wrist feels better and looser.

Center fielder Jacoby Ellsbury, out two weeks with a oblique strain, could play in a minor league game Tuesday.

Betances, with a 7.11 ERA in seven exhibition games, allowed an unearned run that scored on McCann's throwing error on a stolen base attempt. He gave up one hit and struck out two in one inning, throwing 14 of 16 pitches for strikes.

"A step in the right direction," he said.

Yankees general manager Brian Cashman said he is not concerned about Betances.

"I just wanted to make sure it doesn't affect the confidence," Cashman said. "I confirmed to myself he's very confident, which is good."

Miller had three strikeouts, a walk and gave up a hit in 1-1/3 innings.

NOTES: The Yankees released RHP Scott Baker, who had an out clause in his minor league contract. Cashman would like to re-sign him. ... RHP Bryan Mitchell was optioned to Scranton/Wilkes-Barre. ... RHP Kyle Davies was reassigned to the minor league camp. ... RHP Jared Burton was re-signed to a minor league contract. ... Cashman said LHP Jacob Lindgren, taken in the second round of last year's amateur draft, remains in the mix for a bullpen spot.

What You Need to Know: World Series
It all comes down to this. From the schedule to the odds, each team's X-factor and more, get ready for the Fall Classic.
5 hours ago

The Battle For Titletown USA
Both have won titles already this year. Now, L.A. and Tampa Bay vie for ownership of the sports world, Martin Rogers writes.
16 hours ago

Why the Rays will shine through
The Dodgers have countless advantages, but FOX Sports analyst Ben Verlander offers five reasons why he's picking the Rays.
20 hours ago

The Year Of Mookie Betts
Someone had to have a great 2020. Why not the man who brings such joy, Charlotte Wilder writes, that everyone roots for him?
21 hours ago