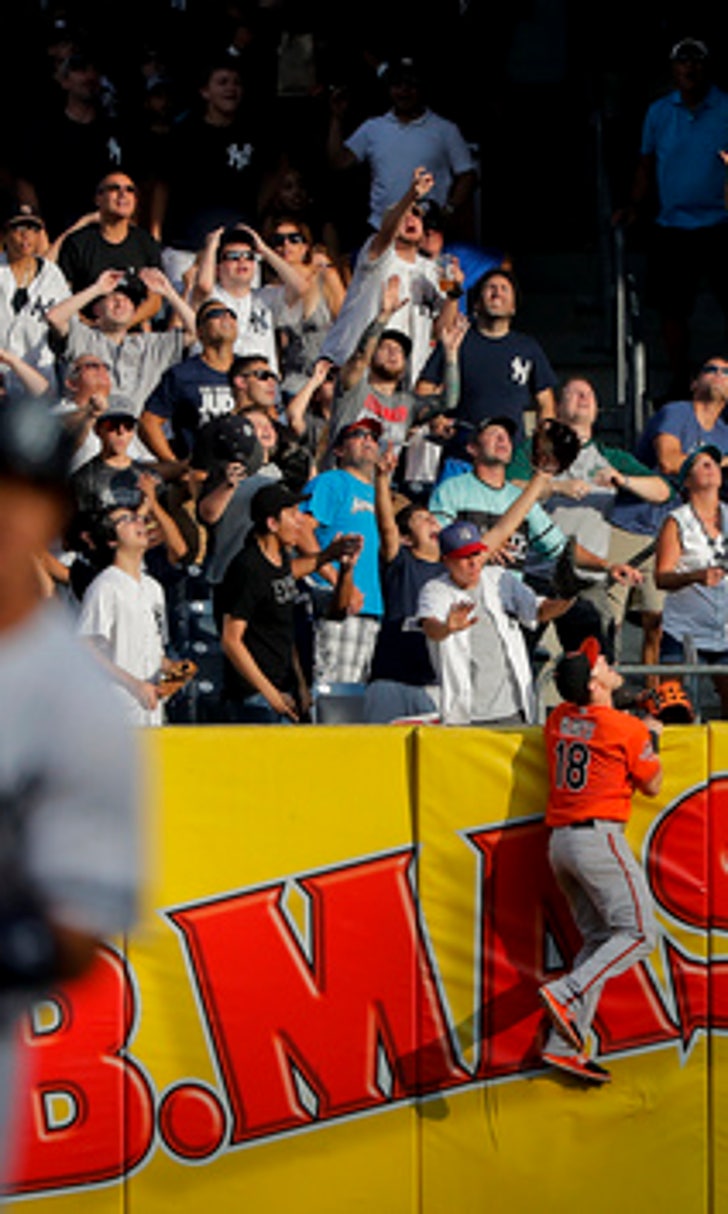 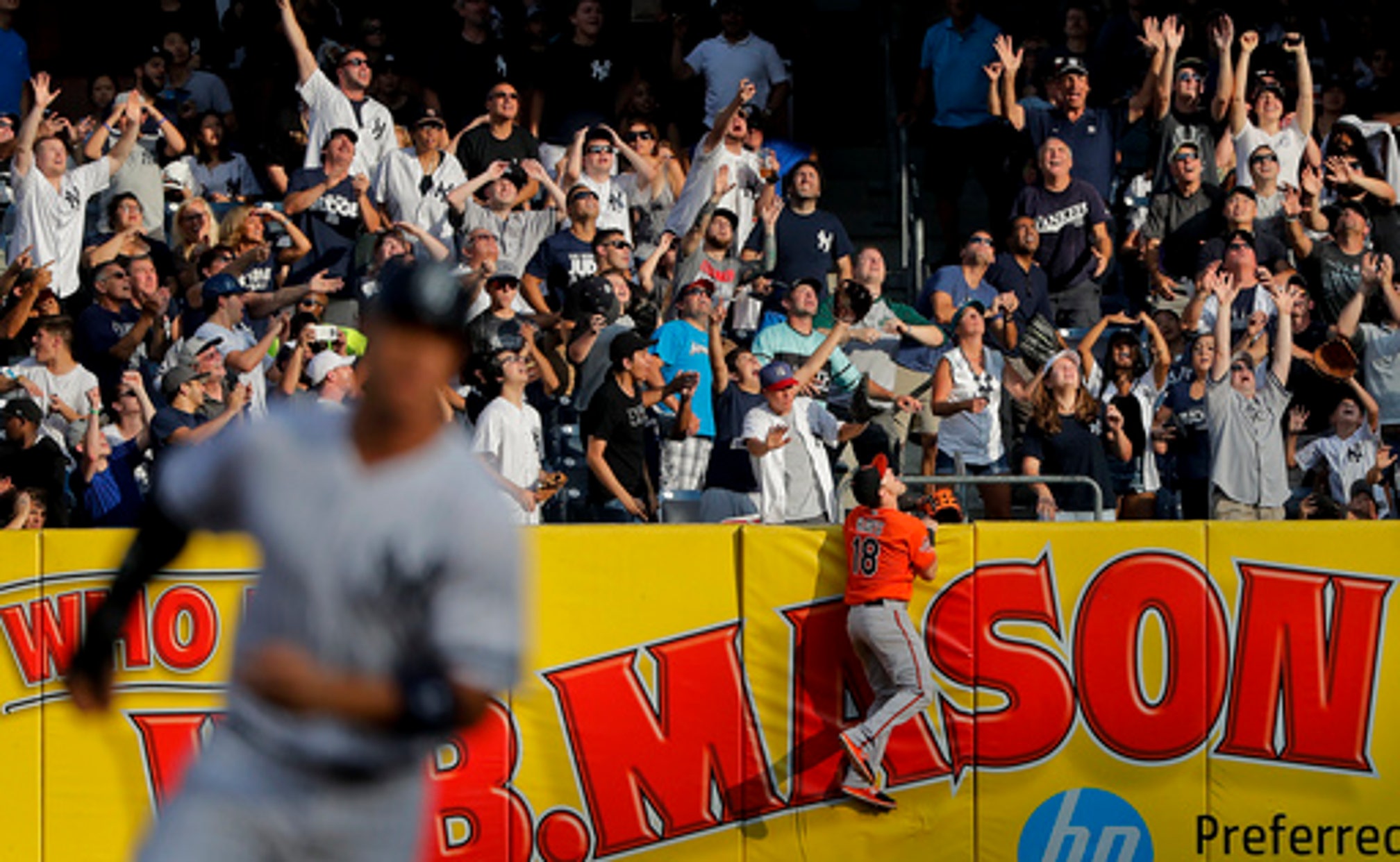 NEW YORK (AP) The New York Yankees were without a steadying presence at first base for much of the season, starting a mix of aging veterans and minor league call-ups at the position.

All along, they held out hope that the oft-injured Greg Bird would return and, more importantly, produce. He's done just that, and appears to be hitting his stride at the right time.

Bird and Didi Gregorius both homered for the second straight game, rookie Jordan Montgomery pitched six shutout innings and the Yankees downed the Baltimore Orioles 9-3 Saturday for their fourth win in a row.

''I think the kid has the ability to be extremely productive,'' manager Joe Girardi said of Bird. ''He's went through an injury-filled couple of years, but when he's been on the field and healthy he's played really well.''

The Yankees (82-66) extended their stretch of winning seasons to 25, the second-longest such streak in major league history behind their own 39 straight from 1926-64.

The Yankees are three games behind AL East-leading Boston. New York began the day with a comfortable lead atop the wild-card race.

Gregorius and Bird each hit three-run homers and Todd Frazier added a two-run shot as the Yankees won for the seventh time in eight games. They are a season-high 16 games over .500.

The 24-year-old Bird, who hit 11 home runs in 46 games as a rookie in 2015, missed all of last season while recovering from shoulder surgery. After a promising spring training this year, he struggled out of the gate, hitting just .100 with one homer in 19 games before being shelved on May 2 with a bone bruise on his right ankle.

Bird eventually had ankle surgery on July 18 and returned to the lineup almost six weeks later, hitting four home runs in 50 at-bats since.

''It's never easy,'' Bird said. ''I think sometimes that's the perspective people get is you just have surgery and it fixes it. There's a whole process in between, so that is what's hard is dealing with the ups and downs of injuries, really, but I feel like it makes you a better player and person.''

Baltimore has lost nine of 10 as it continues to fall out of playoff contention.

Montgomery (8-7) scattered four hits in his fifth start against the Orioles this year. The left-hander struck out six and walked one.

Manager Buck Showalter, pitching coach Roger McDowell and a trainer came out to check on starter Jeremy Hellickson (8-10) after a two-out walk to Chase Headley in the third. After a brief discussion and no warmup throws, Hellickson remained in the game and walked Aaron Judge on four pitches.

''I felt a little tightness, "Hellickson said. ''Just didn't really get loose after that. It didn't really hurt or bother me. I just couldn't execute.''

Gregorius followed by driving a 1-0 fastball into the right field seats, giving the Yankees a 3-0 lead. His career-high 23 home runs tie Derek Jeter (2004) for the second-highest total as a shortstop in franchise history, trailing Jeter's 24 in 1999.

Bird chased Hellickson in the fourth, hitting a shot deep into the second deck in right that doubled the score to 6-0. The veteran right-hander is 2-5 with a 7.29 ERA since being traded from Philadelphia on July 28.

The Yankees have scored 150 runs against Baltimore this season, the most by any team versus an opponent since 1961. They have also tallied at least eight runs in six consecutive home games versus Baltimore, their longest such home streak in the last 100 years against another club.

''We've made a lot of really bad pitches that should end up in bleachers and we walk the people before they hit them,'' Showalter said. ''It's just a bad combination.''

In the lineup after sitting out Friday with lower back stiffness, Frazier drove home Gregorius with a 416-foot drive to center in the seventh. It was his 26th homer of the season and 10th with New York.

Orioles outfielder Austin Hays singled in the third for his first major league hit, and added a two-run homer off Chasen Shreve in the ninth.

Judge struck out for the major league-leading 196th time, breaking a tie with Curtis Granderson for most in Yankees history.

Approximately 40 members of the 2007 New York Giants took part in a pregame ceremony celebrating the 10-year anniversary of their victory over the then-unbeaten New England Patriots in the Super Bowl.

Plaxico Burress, who made the game-winning catch, hoisted the Vince Lombardi Trophy as the ex-players paraded along the warning track. Antonio Pierce, David Tyree and Shaun O'Hara made ceremonial first pitches - with football. Punter Jeff Feagles kicked a football toward the plate.

Orioles: J.J. Hardy (broken right wrist) started at shortstop, going 2 for 3 with a walk and scoring a run in his first game since June 18. The two-time All-Star was activated from the 60-day DL on Sept. 8.

Yankees: RHP Sonny Gray (9-10, 3.17 ERA) will start in place of CC Sabathia, who was pushed back to Tuesday so that he does not pitch on the turf in Toronto next weekend.

What You Need to Know: World Series
It all comes down to this. From the schedule to the odds, each team's X-factor and more, get ready for the Fall Classic.
36 mins ago

The Battle For Titletown USA
Both have won titles already this year. Now, L.A. and Tampa Bay vie for ownership of the sports world, Martin Rogers writes.
12 hours ago

Why the Rays will shine through
The Dodgers have countless advantages, but FOX Sports analyst Ben Verlander offers five reasons why he's picking the Rays.
15 hours ago

The Year Of Mookie Betts
Someone had to have a great 2020. Why not the man who brings such joy, Charlotte Wilder writes, that everyone roots for him?
17 hours ago