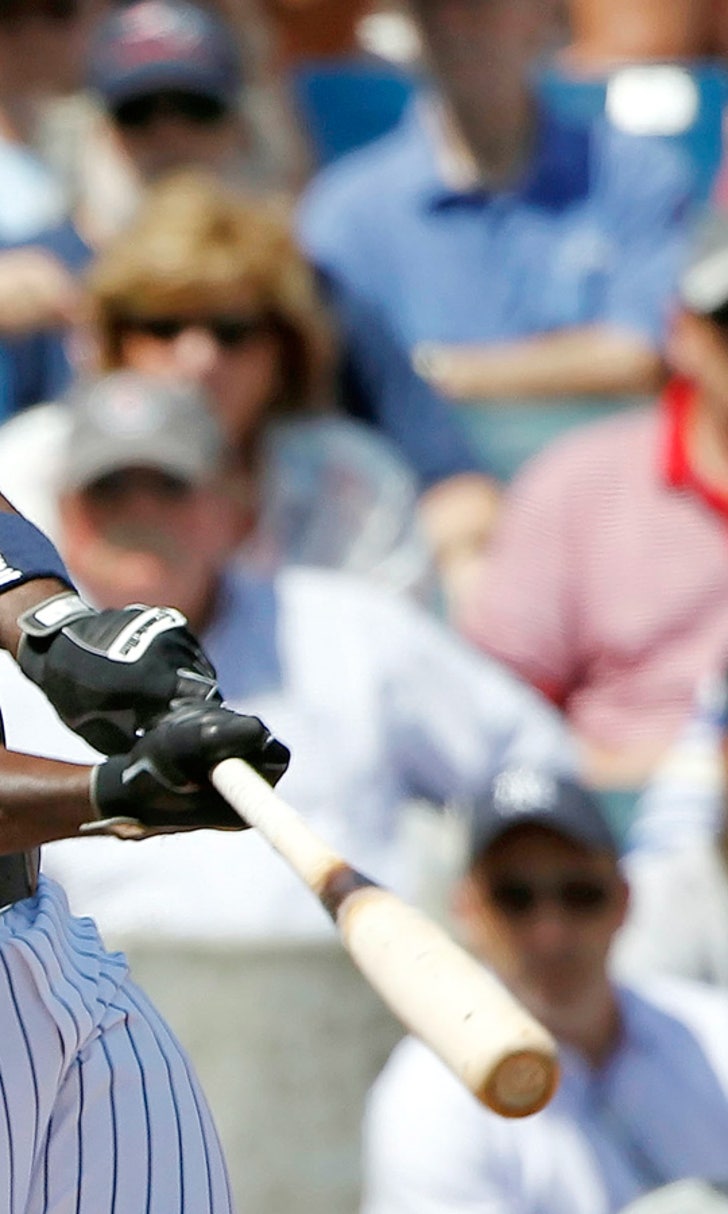 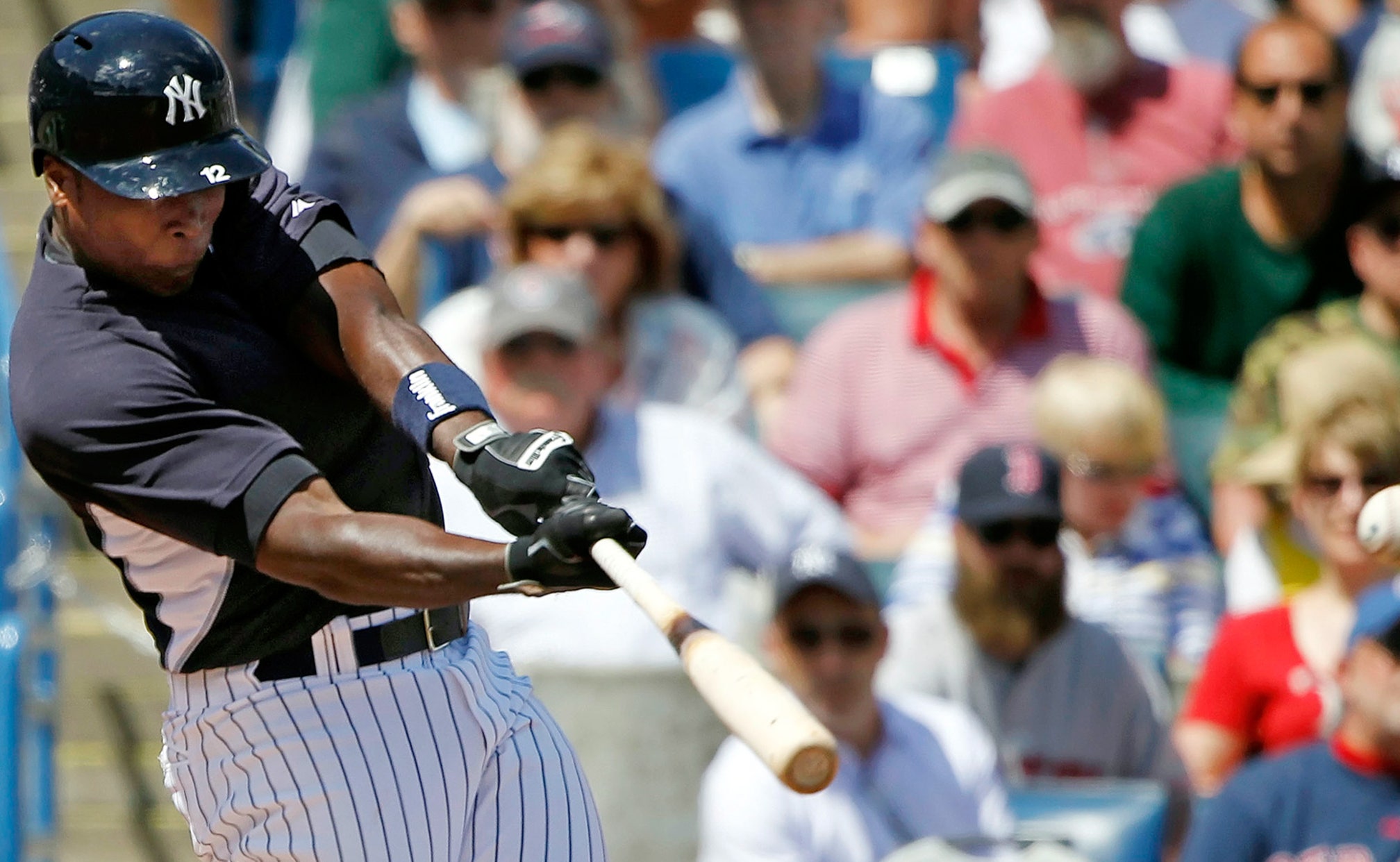 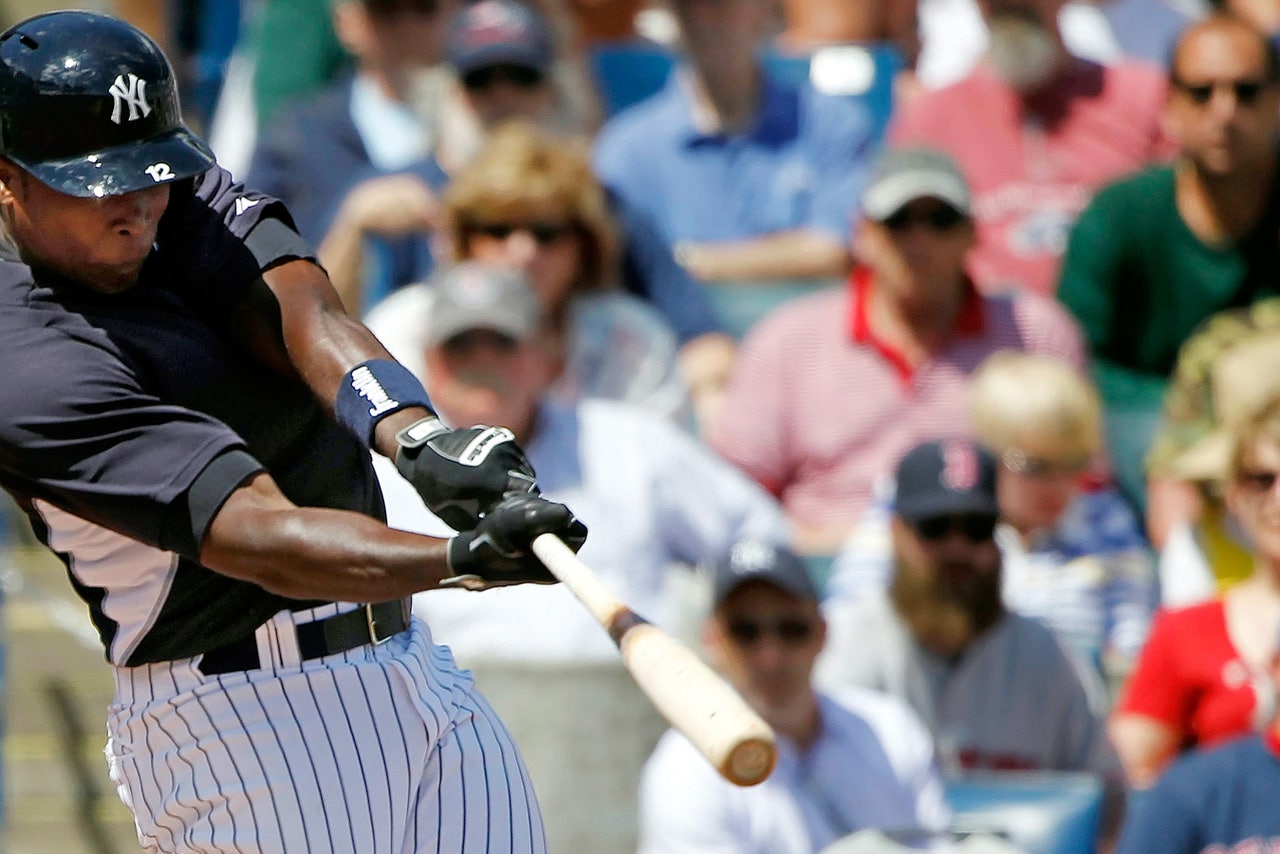 The New York Yankees' reunion with Alfonso Soriano is likely over after the team designated the struggling outfielder for assignment on Sunday.

Soriano returned to New York midway through last season and sparked the offense with 17 home runs in 58 games.

But Soriano hit just .221 this season with six homers and 23 RBI in 67 games. The Yankees announced the move shortly after acquiring Arizona right-handed starter Brandon McCarthy for lefty Vidal Nuno.

"We designated Soriano, which is extremely difficult because he's been a great Yankee and a great player," New York manager Joe Girardi said before Sunday's game at Minnesota.

Soriano's playing time decreased considerably this year after New York signed Jacoby Ellsbury and Carlos Beltran in the offseason. He recently has been splitting time in right field with Ichiro Suzuki since Beltran was injured and is now limited to designated hitter.

But the slugger who started his major league career with the Yankees in 1999 and has 412 career homers has not connected since May 17 and has struck out 71 times in 226 at-bats.

The 38-year-old Soriano is in the final year of an eight-year, $136 million deal he signed with the Chicago Cubs, who are paying $13 million of his $18 million salary this year. The Yankees have 10 days to trade or place Soriano on unconditional waivers. If he clears waivers, New York can release him.

"For Soriano, it's a guy that came in and did a tremendous job for us last year, has had his struggles this year and he's a guy that's used to playing every day," Girardi said. "Wasn't every day for him, maybe it was harder for him to get going, not sure. I'm sure he's extremely disappointed. Soriano always takes things with class."

The Yankees recalled pitcher Bruce Billings from Triple-A Scranton/Wilkes-Barre. Billings pitched in one game for New York this season, allowing four runs in four innings on April 25 against the Los Angeles Angels.

Girardi has an open spot in the starting rotation after Nuno was traded to the Diamondbacks. Nuno was slated to start on Monday and McCarthy pitched on Thursday. New York won't force McCarthy into Nuno's spot on short rest.

Billings -- who has started 11 games in Triple-A -- won't be a candidate to start on Monday, Girardi said. An announcement will be made later.

"The taxing of our bullpen kind of forced us to make this move, in a sense," Girardi said. "I'm not saying it wouldn't have happened, but we decided we had to make it today because we need to."

Who grabs control in Game 5?
What will the Dodgers and Rays do for an encore after Saturday's wild finish? Our Super 6 preview examines the key questions.
3 hours ago

Plot twist turns up heat on Kershaw
Clayton Kershaw could have been pitching the clincher. Instead, he will be trying to save the Dodgers, writes Martin Rogers.
4 hours ago

Rays Beat Dodgers In Instant Classic
What just happened?! We're glad you asked. Here's everything that went down in a spectacular, thrilling World Series Game 4.
17 hours ago

World Series Top Plays: Game 4
The Rays stunned the Dodgers in a game for the ages. Here are the top plays from Game 4.
17 hours ago

Social Media Reacts To Rays' Epic Win
Game 4 of the World Series will go down as one of the wildest in baseball history. Here's how the sports world reacted.
17 hours ago
those were the latest stories
Want to see more?
View All Stories
Fox Sports™ and © 2020 Fox Media LLC and Fox Sports Interactive Media, LLC. All rights reserved. Use of this website (including any and all parts and components) constitutes your acceptance of these Terms of Use and Updated Privacy Policy. Advertising Choices. Do Not Sell my Personal Info