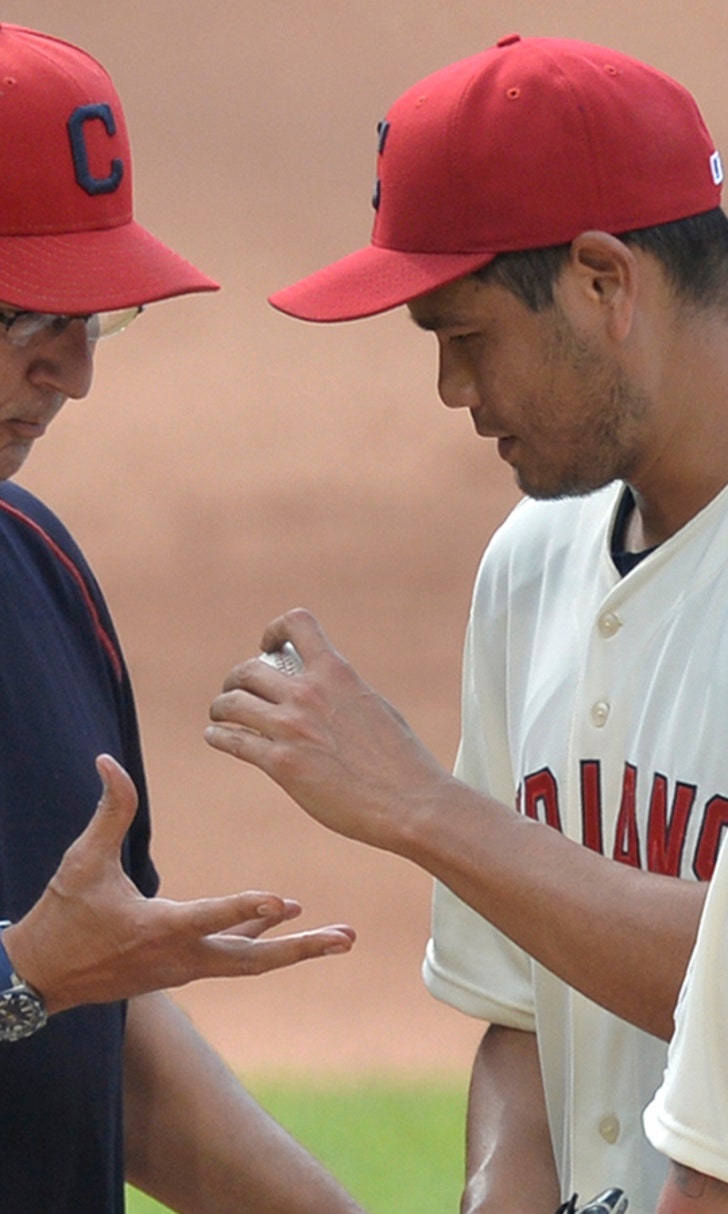 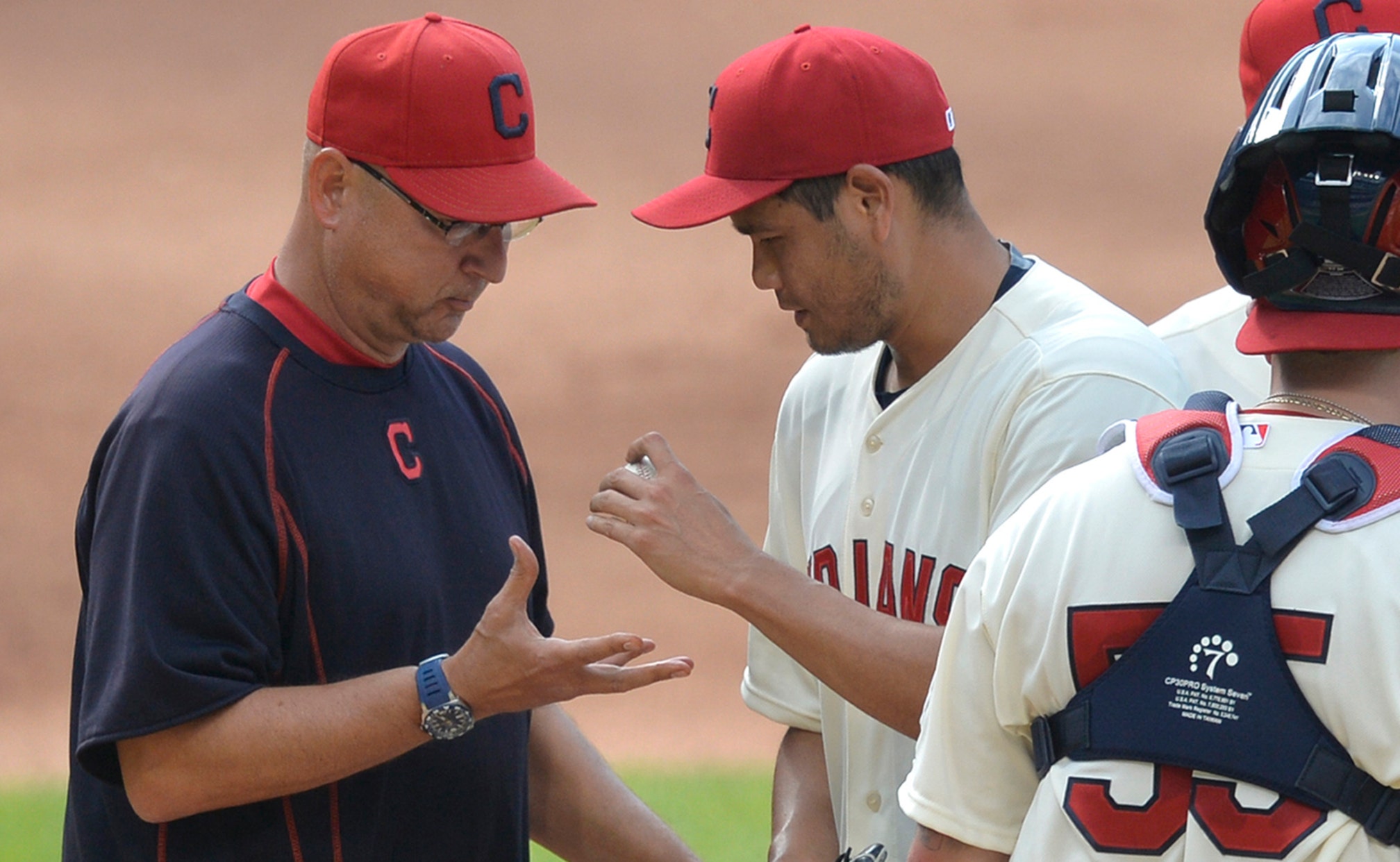 Who will fill the fifth starter spot for the Indians this week? 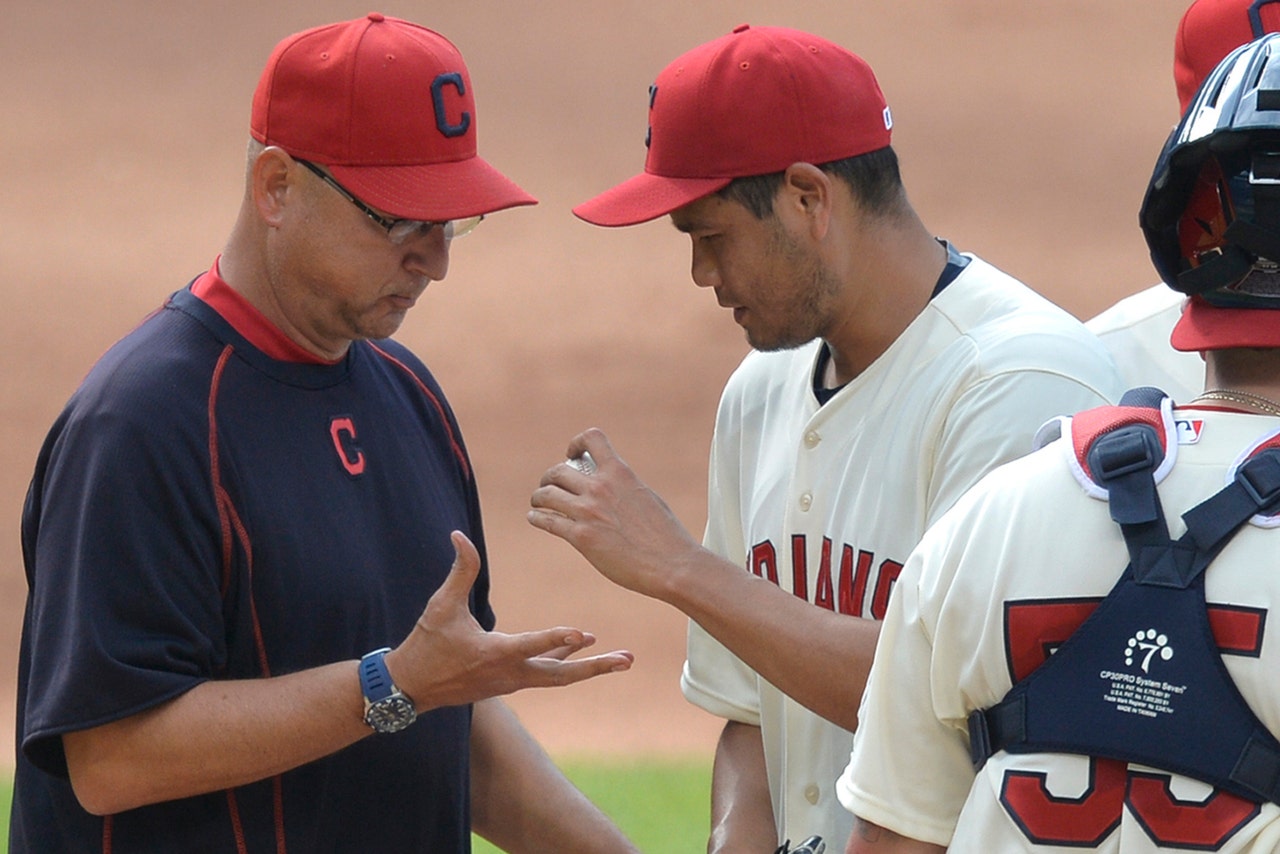 Who will start for the Indians on Saturday? Manager Terry Francona is in no rush to make that decision.

With TJ House still on the mend, Francona will likely have to find another option to start Saturday's game against the Rangers in Arlington, Texas. The Indians have Monday off, giving Francona the opportunity to reshuffle the rotation, as noted by Northeast Ohio Media Group:

"Carlos Carrasco, Corey Kluber and Trevor Bauer are slated to pitch against St. Louis this week, and Danny Salazar, Sunday's starter, could take the hill Friday night in Texas.

In his Tribe debut on Saturday, Bruce Chen surrendered six runs on 10 hits in four innings. He could be an option for Saturday's opening. The Indians could also use him in relief for the next few days, Francona said.

Francona also hinted that Shaun Marcum could factor into the equation. Marcum tossed eight shutout innings for Triple-A Columbus on Friday. He yielded only four hits and did not walk a batter."

While Francona has a few different options, House probably isn't one of them. The left-hander is eligible to come off the disabled list on Saturday, but is expected to make at least one minor-league rehab start before rejoining the Tribe's rotation. House (0-4, 13.15 ERA) was placed on the DL May 1 with left shoulder inflammation.