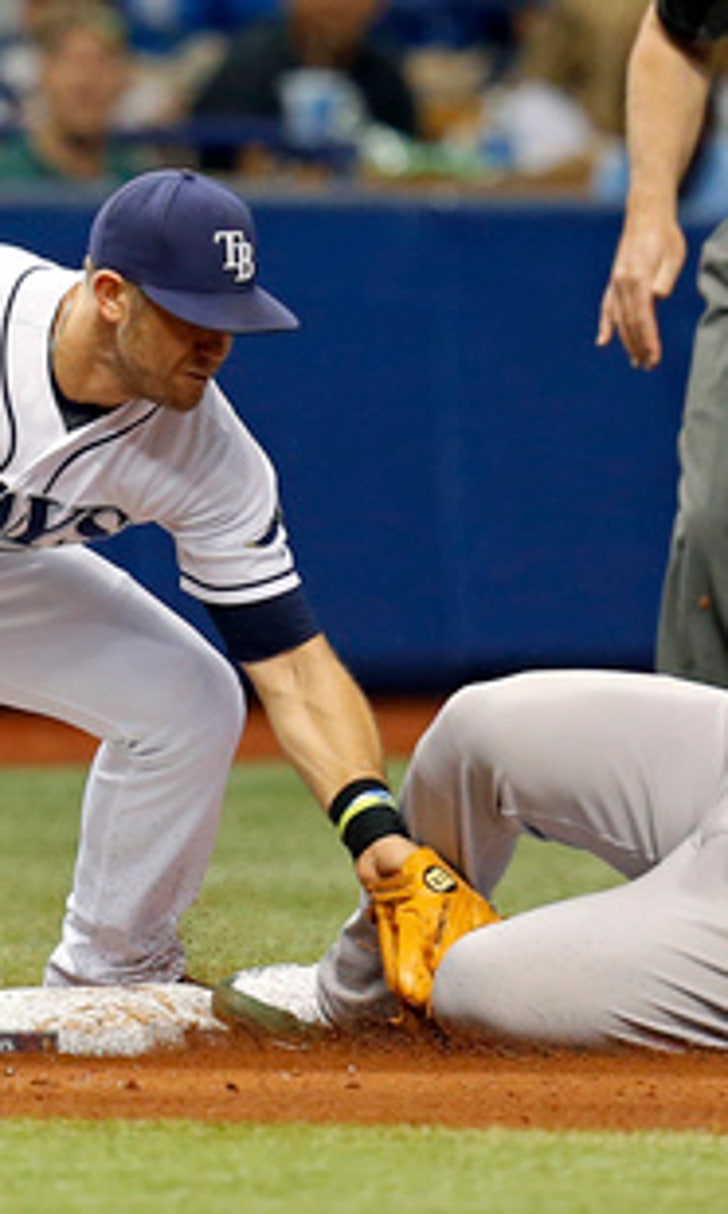 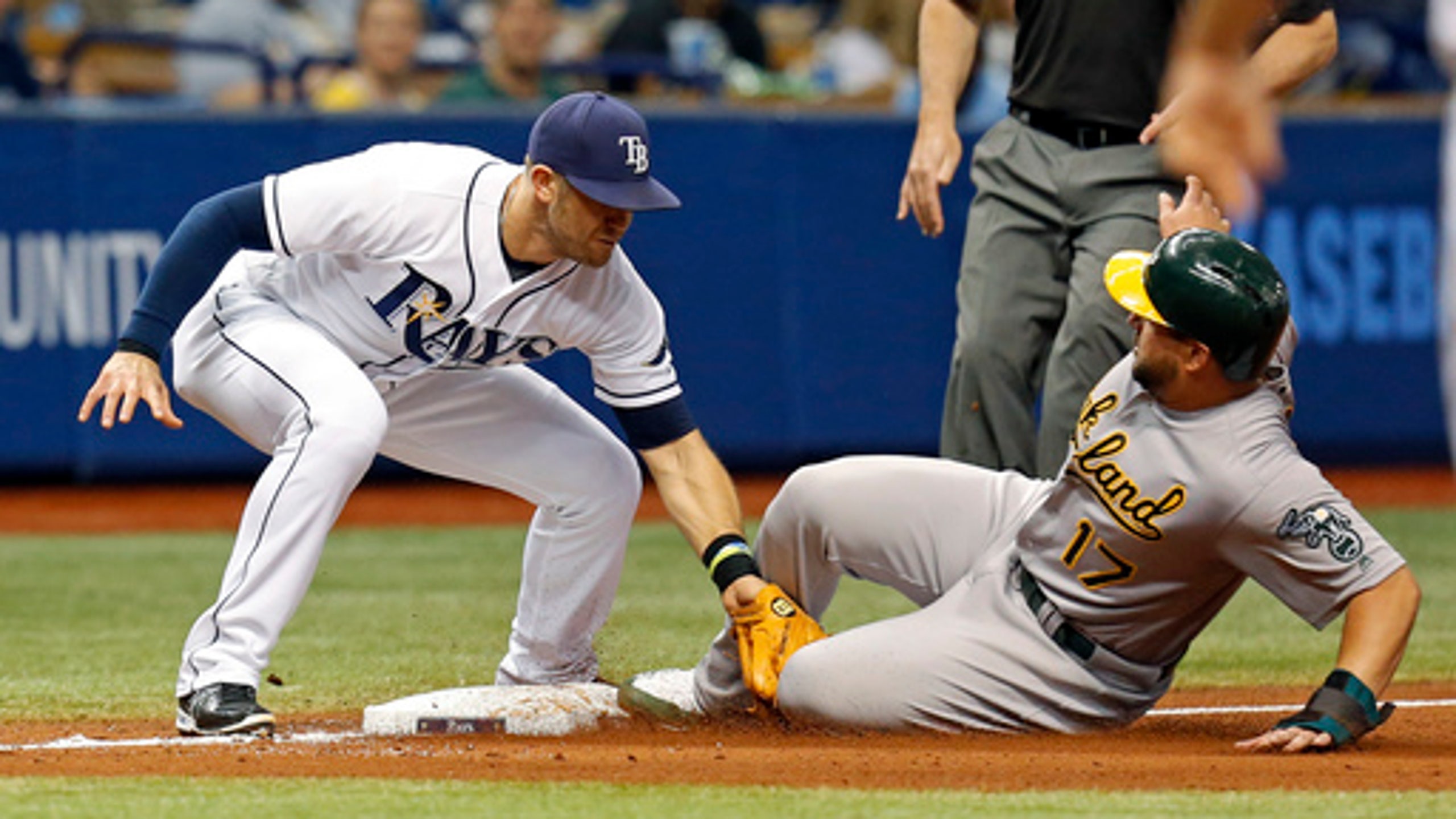 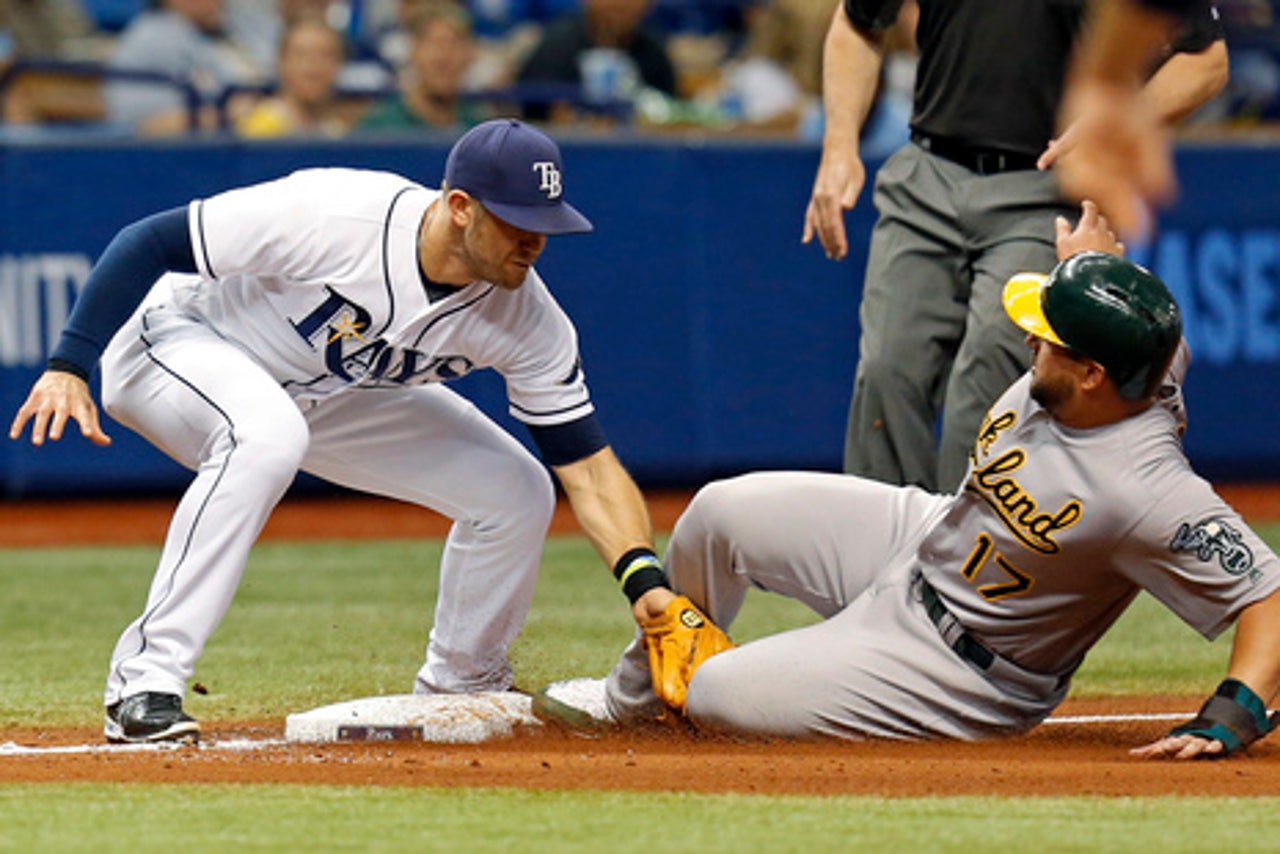 ST. PETERSBURG, Fla. (AP) Danny Valencia hit his first two home runs of the season in his first game back from a hamstring injury and the Oakland Athletics beat the Tampa Bay Rays 6-3 on Friday night to end a five-game skid.

Valencia sat for two games this week after reinjuring the left hamstring that had landed him on the disabled list. He had two of Oakland's four homers in this one.

Rich Hill (5-3) pitched six innings to win for the fourth time in his last five starts. A diving catch by Valencia at third base helped Ryan Madson work out of a bases-loaded jam in the ninth to earn his ninth save.

Khris Davis and Valencia homered off Rays starter Jake Odorizzi (0-2) in the first inning, driving in all four runs in a 42-pitch inning. Davis' three-run homer was his eighth of the season.

Marcus Semien put the A's up 5-2 in the fourth with his ninth home run before Valencia added his second homer off reliever Dana Eveland in the sixth.

Hill retired 12 straight after giving up two runs on three walks and RBI singles by Steve Pearce and Steven Souza Jr. in the first inning. The left-hander gave up three runs on four hits while striking out seven.

Evan Longoria drove in Tampa Bay's final run with a double in the fifth.

Desmond Jennings walked three times and scored twice for the Rays, who have lost four straight.

Odorizzi became the first Rays pitcher in nine years to go winless in his first eight starts. He gave up five runs on seven hits, including three homers, in four innings.

Athletics: OF Mark Canha is seeking a second opinion after being told his options for treatment on his injured hip are an injection or season-ending surgery. ... C Josh Phegley took a cortisone injection Thursday on his sore right knee. ... RHP Liam Hendricks will have his elbow re-examined Monday after an X-Ray and MRI revealed no structural damage. ... IF Jed Lowrie (right shin contusion) got out of his walking boot on Thursday.

Rays: 2B Logan Forsythe was out of the lineup for a third straight game with a bruised left shoulder. ... RHP Brad Boxberger (adductor surgery) expects to begin a rehab assignment soon after throwing 22 pitches Thursday at extended spring training.

Oakland's RHP Kendall Graveman (0-3, 10.54 ERA over his last three starts) will pitch Saturday night against RHP Matt Andriese, who gave up one run in a career-high seven innings Sunday in his only major league appearance of the season.