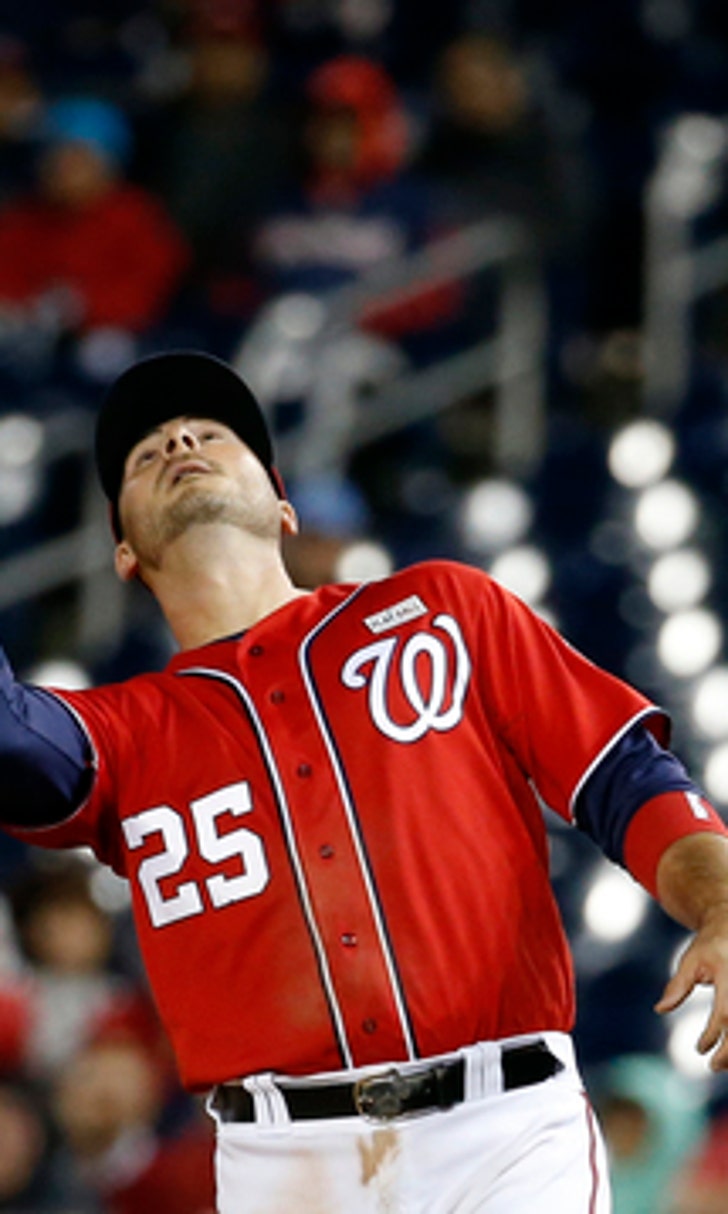 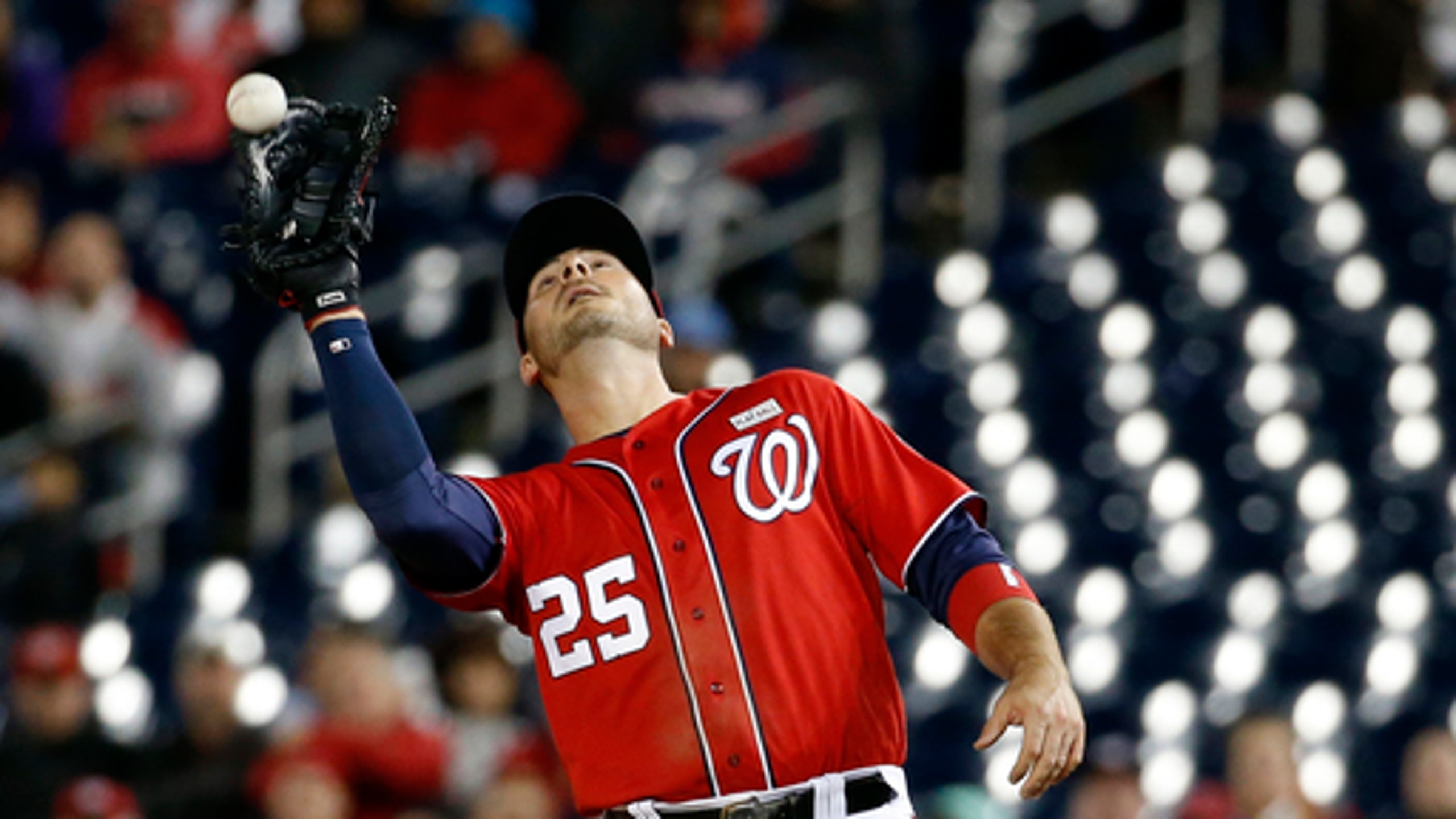 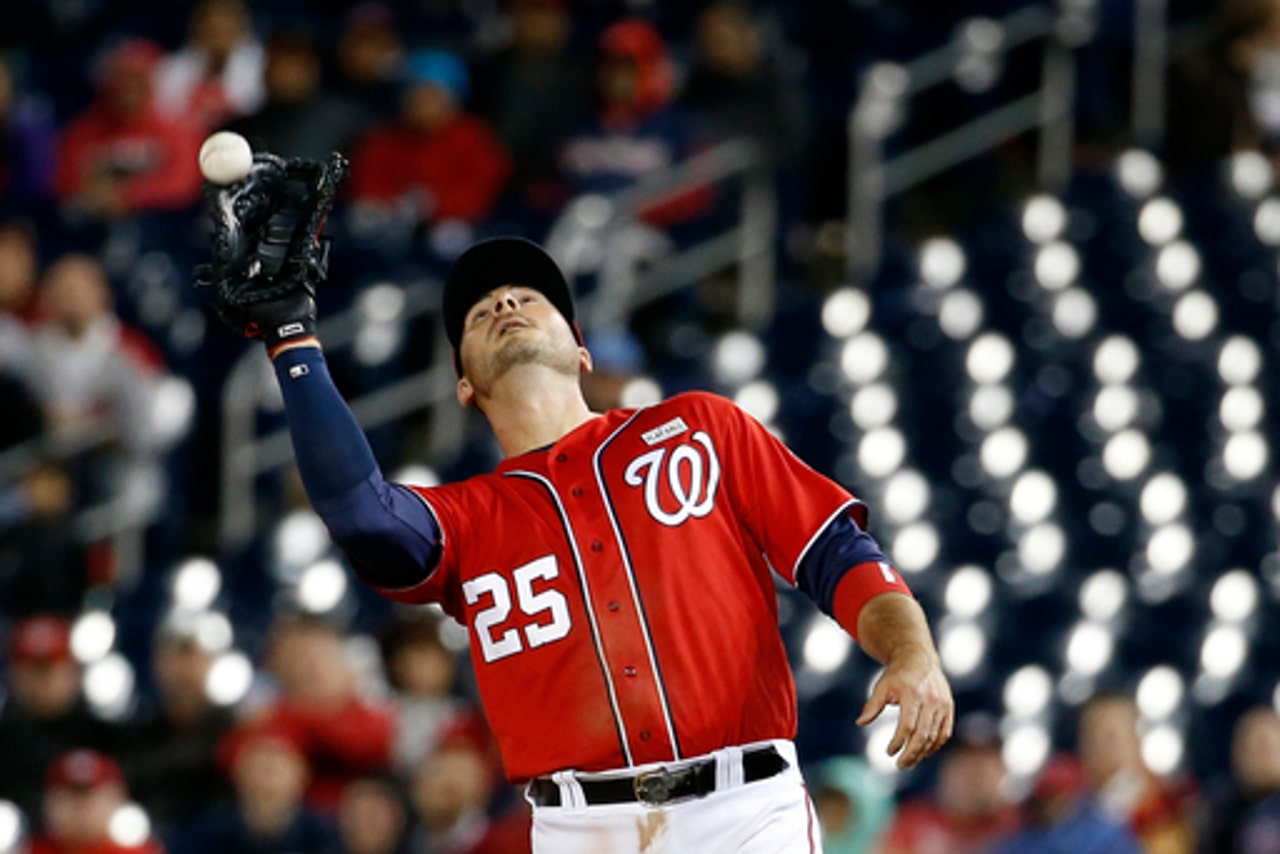 WASHINGTON (AP) Marcell Ozuna has benefited from having Barry Bonds as his hitting coach in a few ways.

For starters, Bonds is letting Ozuna use his bats, and the Miami Marlins center fielder is getting a lot of use out of them.

Ozuna had three hits, he and J.T. Realmuto each drove in two runs and the Marlins beat the Washington Nationals 7-1 to split a doubleheader on Saturday night.

The Nationals won the opener 6-4 behind six strong innings from Stephen Strasburg. Soon after the final out, Washington announced that Bryce Harper had dropped his appeal of a one-game suspension and would sit out the nightcap for his behavior following an ejection on Monday.

Ozuna had five hits in the doubleheader and extended his hitting streak to 14 games. During that stretch - which began on April 30, the same day he started using Bonds' bats - Ozuna has nine multihit games. He raised his batting average from .218 to .313.

The superstitious 25-year-old didn't have interest in talking about any streak specifics - ''I don't need it. It's OK.'' - but he's very focused on those special bats.

''(Bonds) gave me the opportunity to swings his bat,'' said Ozuna, whose two-out, two-run single sparked a four-run fifth inning. ''I feel great swinging that bat. Just ordered more because I broke so many.''

Justin Bour blasted a solo home run off Roark, who allowed eight hits in his third straight trying start against Miami this season. In those three losing outings, Roark allowed 16 runs - 14 earned - on 24 hits over 15 innings.

''He didn't have it from the beginning when he hit the first batter, then couldn't control the zone like he usually does,'' Nationals manager Dusty Baker said of Roark.

Harper went 0 for 2 with three walks and a stolen base in the opener.

The Nationals had won three in a row, including two straight to open the four-game series with Miami.

The Marlins led 3-0 when Flores left. Urena, the first of four Miami relievers to enter after Flores, allowed one run in three innings after pitching one inning in the loss.

''Obviously today is big,'' Marlins manager Don Mattingly said. ''You don't want to get in here (Sunday) with a chance of getting swept.''

In the first game, Strasburg (6-0) struck out seven over six innings in his first start since signing a $175 million, seven-year deal this week. He allowed three runs and five hits.

''It felt a little different,'' Strasburg said. ''I think as the season gets back in the swing and all the talking subsides, all the interview requests, you get back in your routine.''

Jayson Werth's RBI single capped a three-run first inning for Washington off Justin Nicolino (2-1). Wilson Ramos hit a solo home run in the sixth as five Nationals drove in at least one run.

Harper, the reigning NL MVP, was suspended and fined for his behavior following an ejection in a 5-4 win over Detroit.

After the ejection, pinch-hitter Clint Robinson connected for a winning home run. Harper, who by rule should not have been in the dugout after getting tossed, ran onto the field with his teammates to celebrate, pointed toward home plate umpire Brian Knight and cursed at him.

Christian Yelich homered and drove in two runs in the opener for Miami. Slugger Giancarlo Stanton went 1 for 10 and left 10 runners on base in the doubleheader.

Harper's ''Make Baseball Fun Again'' campaign resumed with a presidential-themed ''MBFA 2016'' decal on the bottom of his bat. The slugger used a ''100'' emoji sticker earlier this season.

Marlins: Flores was placed on the 15-day DL after the win.